On the heels of the recent volatility in global markets, is a historic bull market in the mining shares about to begin?

May 23 (King World News) – James Turk:  There is an old Wall Street adage, Eric, that they never ring a bell at market bottoms. But it may be ringing now if you look at the precious metals and particularly the shares of the companies that mine and explore for them. Sentiment is at rock bottom.

The important point though is that sentiment has little if anything to do with value. So I would like to cut through the prevailing mood and explain why I think the mining shares are at a key turning point. To do this I would like to use gold to measure the price of the XAU Mining Share Index.

I find it very useful to use gold to measure the price of important commodities and other assets. Doing so gives you essentially the same picture as if the Gold Standard still prevailed.

For example, an ounce or a gram of gold buys essentially the same amount of crude oil as it has at any time since the end of World War Two. This result occurs because gold preserves purchasing power over long periods of time, notwithstanding the relatively minor short-term fluctuations up and down that occur because of the changing supply/demand factors for both oil and gold.

This fact is well known as evidenced by this quote during a period of monetary turmoil in London during the Napoleonic Wars. It’s from a book written by a London banker, Henry Thornton, in 1802:

“We assume that the currency which is in all our hands is fixed, and that the price of bullion moves; whereas in truth, it is the currency of each nation that moves, and it is bullion which is the more fixed.”

Before the First World War, people calculated prices in silver dollars or British gold sovereigns. These are measures using grams or ounces of gold or silver. Thoughtful, prudent economic calculation is not possible with the ever-changing measuring stick that national currencies have become.

Indices of stock prices can also be measured using gold, which is what I have shown in the chart below of the XAU Index. 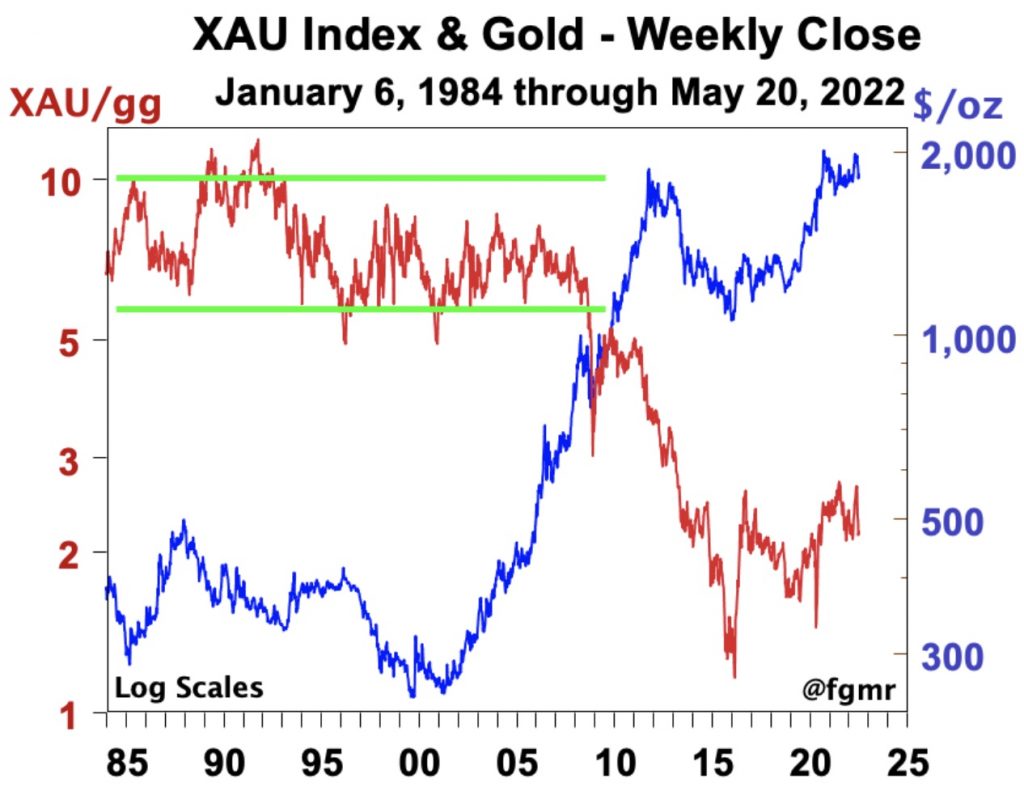 This chart is one that I have been following for years. Until it broke to a new low in 2008, I used this chart as one of my models for valuing the gold miners. The shares in the XAU Index were undervalued at 6 goldgrams (gg) and overvalued when the index was over 10gg, which worked well until it stopped working in 2008. So for years I have been pondering on and off why the model stopped working and went south in 2008.

There are several reasons including those I probably can’t even think of, but two need mention. Both of them discouraged investors and took money out of the sector, and that flight of wealth eroded the premium that otherwise would be applied to the mining shares that exists because of their inherent leverage to the gold price.

First, when the Federal Reserve began expanding its balance sheet after the 2008 financial crisis and particularly after QE continued into 2013 and the gold price dropped, the light switch flicked on for many. A growing mass of investors threw aside their doubts and began to understand that central banks were capping the gold price.

The second reason was the number of bad acquisitions completed by mining companies. These eroded company values by overpaying for the purchase.

Together these and other reasons have knocked the wind out of the mining shares. The multiples of earnings eroded from 2008 to December 2015, which date marks an important low in the gold price – in my view as important as the low in 1999…

The trend in the XAU Index reversed from that December 2015 low. And as one would expect in young bull markets, sentiment has continued to deteriorate over the last several years. Only a few investors are climbing the proverbial ‘wall of worry’ found in young bull markets, notwithstanding the 7-year uptrend in the XAU Index. Those on the sidelines who are not looking for value will eventually climb on board when the bull market becomes more obvious. 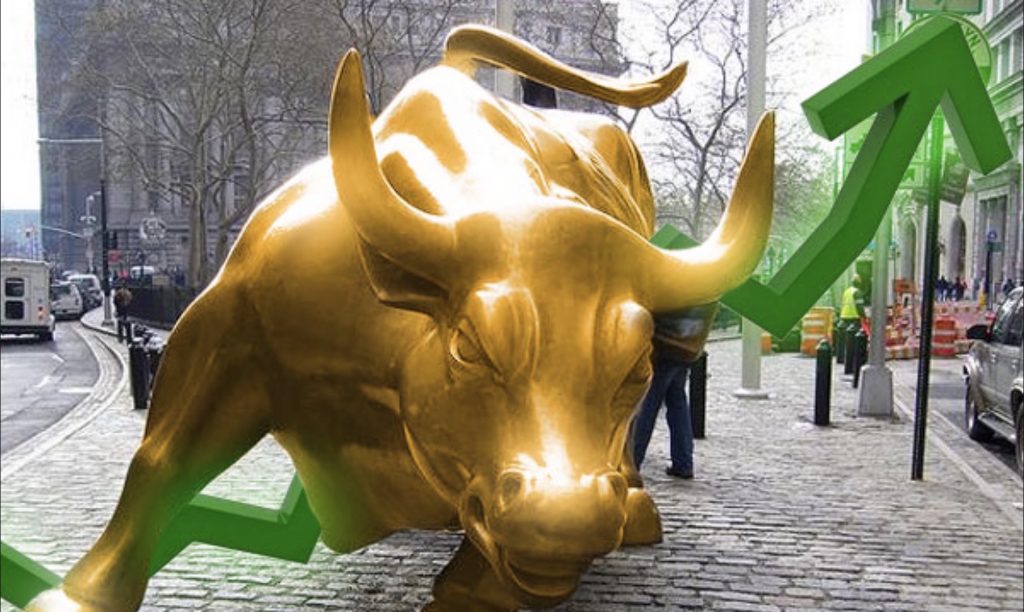 The XAU Index has been rising in this uptrend that has been building because in my view, Eric, there is real value today in the shares of the companies that mine and explore for gold and silver. I fully expect that as this bull market in the mining shares matures, we will see the XAU Index once again above 10gg.

JUST RELEASED: The Domino-Effect That Would Crush Markets And Economies Faster Than A Hot Knife Through Butter CLICK HERE.
JUST RELEASED: Greyerz Just Warned We Are Entering A Global Depression And The Real Inflation Rate Is 20%-30% CLICK HERE.