After The Recent Weakness In Gold, This Was Sent To KWN By One Of Our Readers

After the recent weakness in the gold market, this was sent to KWN.

The Big Picture
The chart below was sent to KWN by one of our global readers, Kevin W., who stated, “Starting to look like inning 4 of a 9 inning game.” 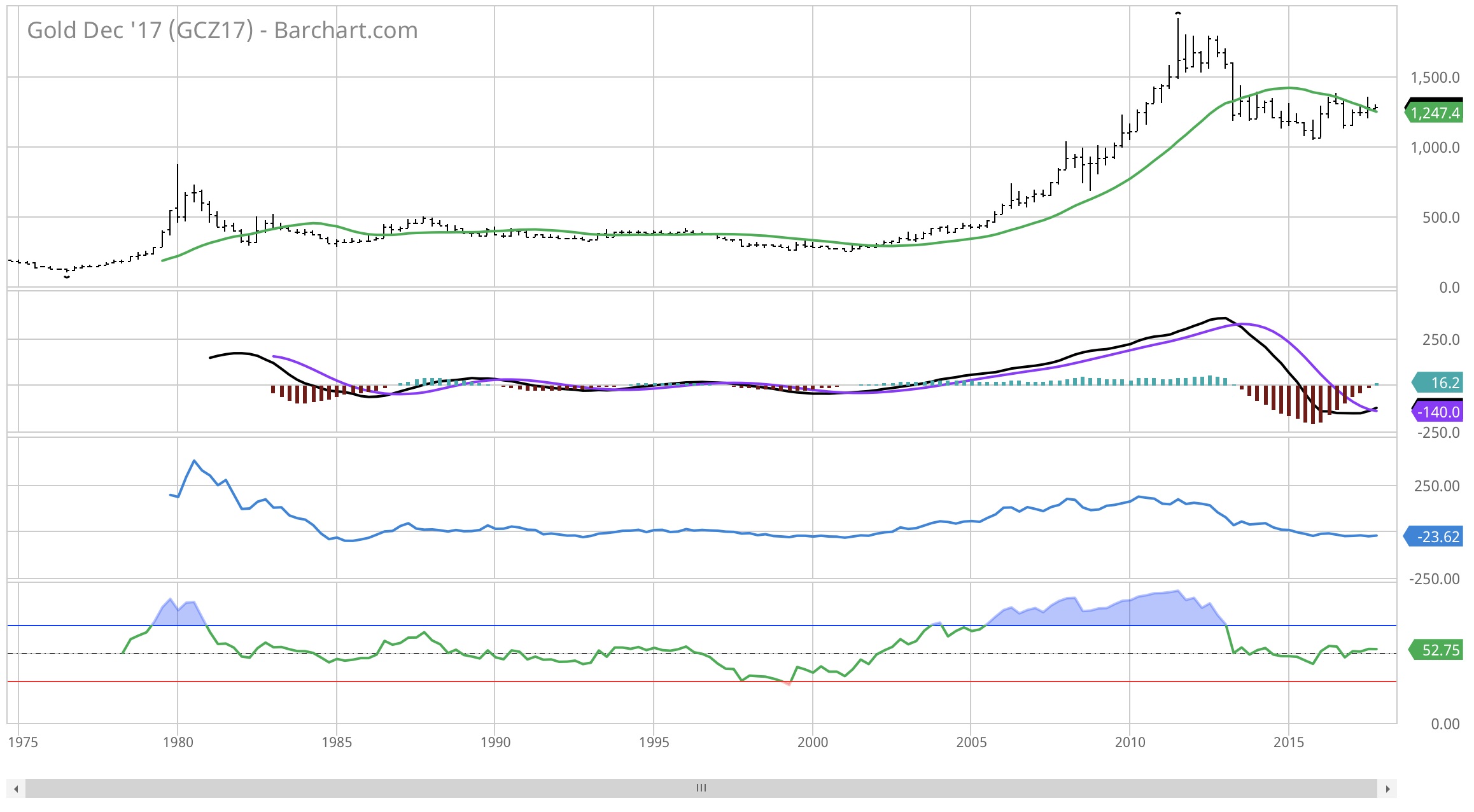 The chart above shows the quarterly MACD giving a buy signal on the 42-year gold chart. That simply confirms what KWN has already been saying for some time now, that the mid-cycle correction in the secular bull market in gold has ended…

To hear what Rick Rule is doing with his clients
money and which company John Embry
helps to oversee click on the logo:

$8,500+ Gold
If the price of gold follows a similar path as the 1970s bull market after its mid-cycle correction ended, the price of gold will surge to $8,500+ in a few years.  That would mean Kevin W. is correct when he says this is only “inning 4 of a 9 inning game.”

***KWN has now released the remarkable audio interview with the man who counsels the biggest money on the planet, Michael Belkin, discussing world markets, the dollar, bonds, gold, silver and the fortunes to be made investing in mining shares CLICK HERE OR ON THE IMAGE BELOW.

Greyerz – The Dark Years Are Starting