With continued uncertainty in global markets, today King World News is featuring a powerful interview with one of the greats in the business that exposes the ticking time-bomb that now threatens the entire global financial system.

James Turk:  “There has been a big change at the Federal Reserve, Eric, and it is one that has profound implications for the US dollar. Unfortunately, it is not a change for the better…

This change worsens the outlook for the dollar, and it has received little if any attention in the mainstream media. Take a look at this remarkable chart (see below). 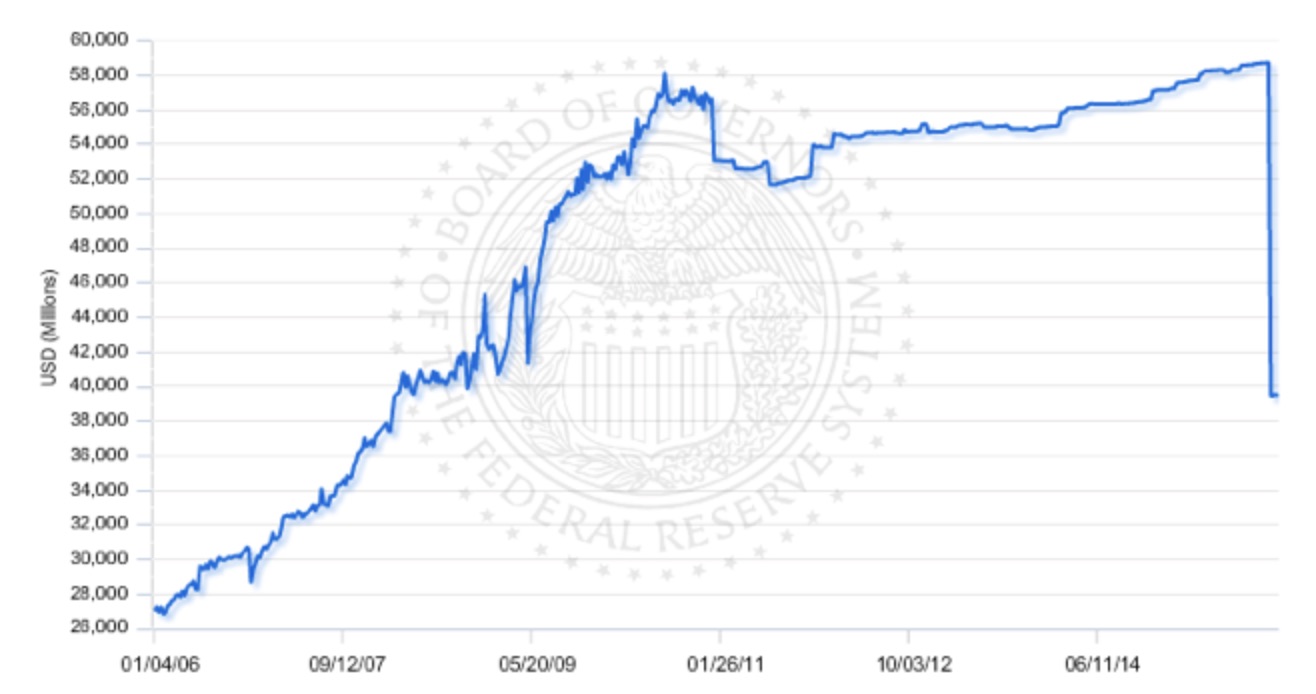 The Fed’s capital plummeted overnight from $58.7 billion to $39.5 billion. The Fed has lost $19.2 billion of its equity. Here are snapshots of the Fed’s “Before & After” balance sheets so KWN viewers can see the comparison.

As a result of this change, the Fed’s leverage ratio – in other words, its liabilities divided by its capital – has soared from an already high 75.6 to a jaw-dropping 112.6. 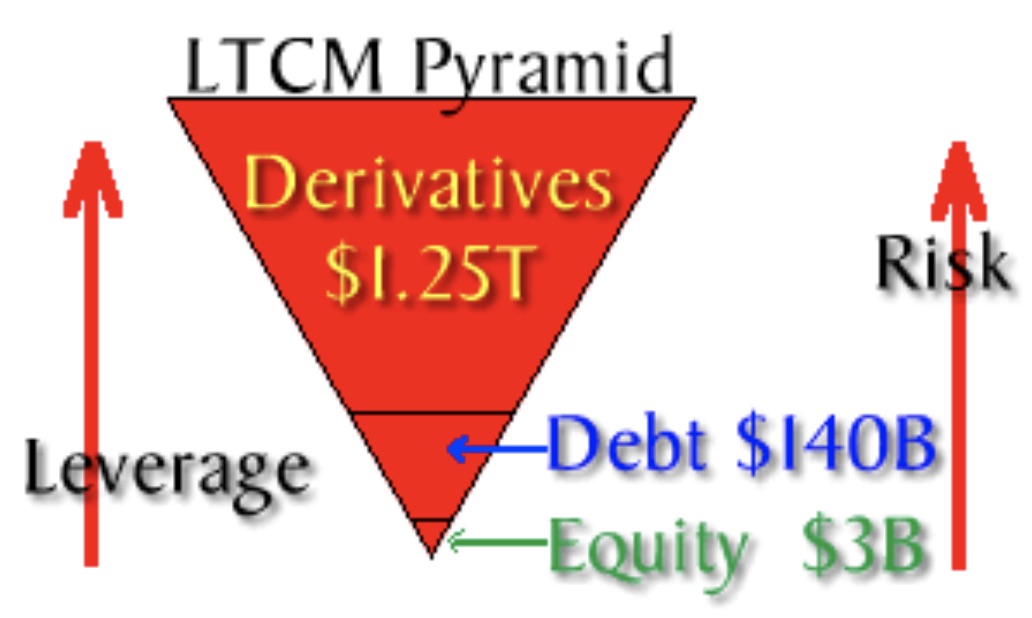 Fed’s Leverage Now Equals LTCM’s Before It Went Bankrupt
To put this number into perspective, that’s similar to the leverage ratio of Long Term Capital Management before it went belly up. The Fed’s leverage is so high that it makes other over-leveraged central banks like the ECB look prudent by comparison.

The Fed is now the most highly leveraged it has ever been, and probably is the most highly leveraged bank on the planet. It is an alarming development. It means that if the value of the Fed’s assets declines by a minuscule 0.88%, the Fed’s book capital will be wiped out, making the Fed as insolvent as some of the banks it is trying to keep afloat.

In reality the Fed probably is already insolvent using generally accepted accounting principles that mark its assets to their market value. We know that the Fed still has a lot of paper on its balance sheet that it bought from insolvent banks in the 2008 financial crisis that in a liquidation sale won’t be worth the book value at which the Fed records it. Also, with interest rates rising, it is likely that the mark-to-market value of the long term bonds the Fed holds has been declining, but the Fed does not record these losses in book value.

For these reasons, it seems safe to assume that the value of the Fed’s assets is already less – perhaps even far less – then the 99.12% of their face value they need to be to keep the Fed solvent.

Huge Risks Being Imposed On The U.S. Dollar
What happened to the Fed here, Eric, is imposing huge risks on the dollar, and more generally, the whole financial system, including the banks. So it is important to understand why the Fed’s capital plummeted.

Every year the Fed pays a dividend to the banks that own it. This dividend aims to compensate the banks for the capital they have invested in the Fed. After that dividend payment, any residual profit earned by the Fed is then paid to the US government.

In 2015, the Fed paid $97.7 billion to the federal government, which by the way was a new record topping the previous $96.9 billion record that the Fed paid to the U.S. government in 2014. These huge payouts were possible because the Fed’s balance sheet has never been this big before, enabling it to earn record profits. 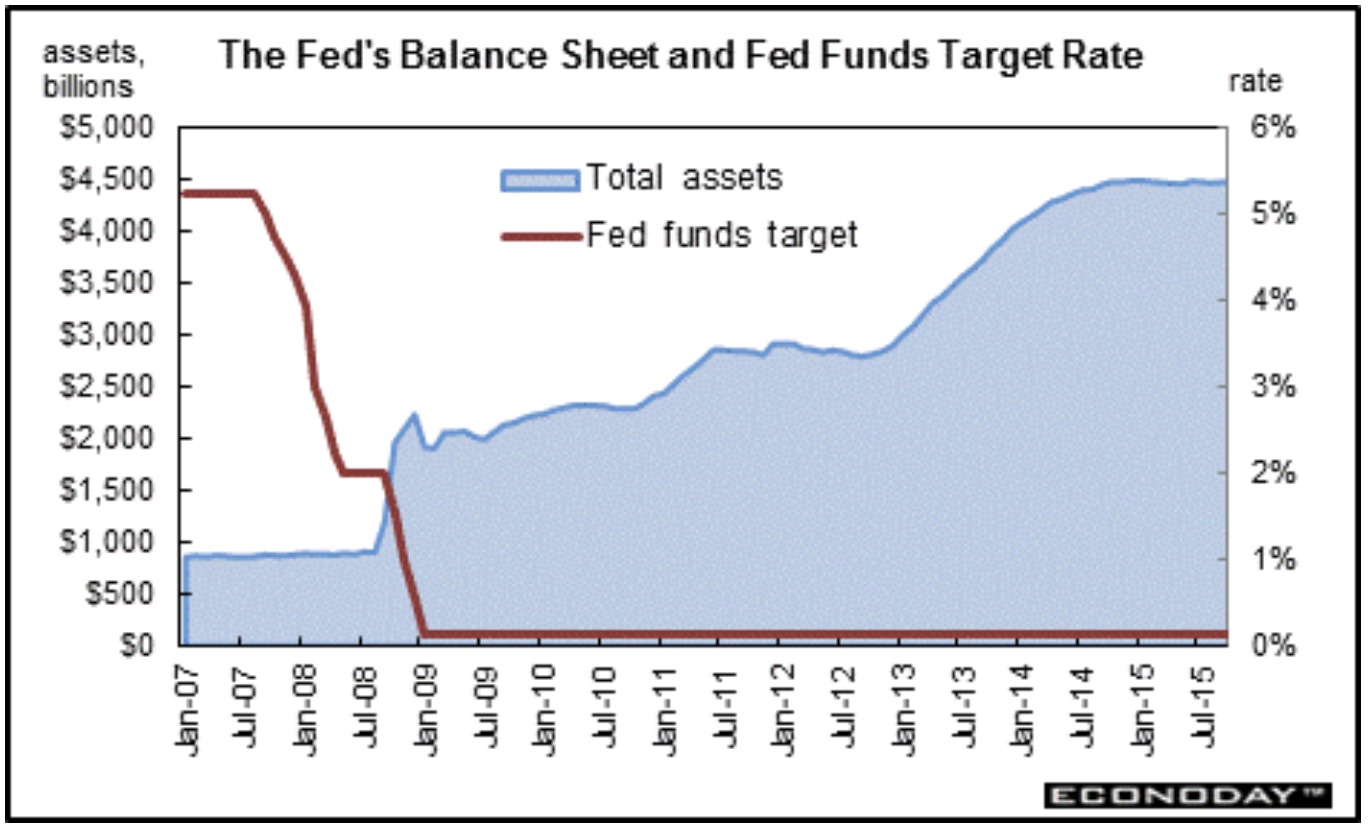 But last year’s huge payout was not enough for the federal government. They wanted more, so the politicians in D.C. tacked a little-known provision to the Fixing America’s Surface Transportation Act, which President Obama signed into law on December 4th.

The politicians wanted to fund this $305 billion five-year spending bill without increasing taxes, which would not only squeeze consumer budgets even more, but would also further impair economic activity if consumers had to send more taxes to D.C. So instead, the politicians scraped together these funds from other sources, wherever they could find some. 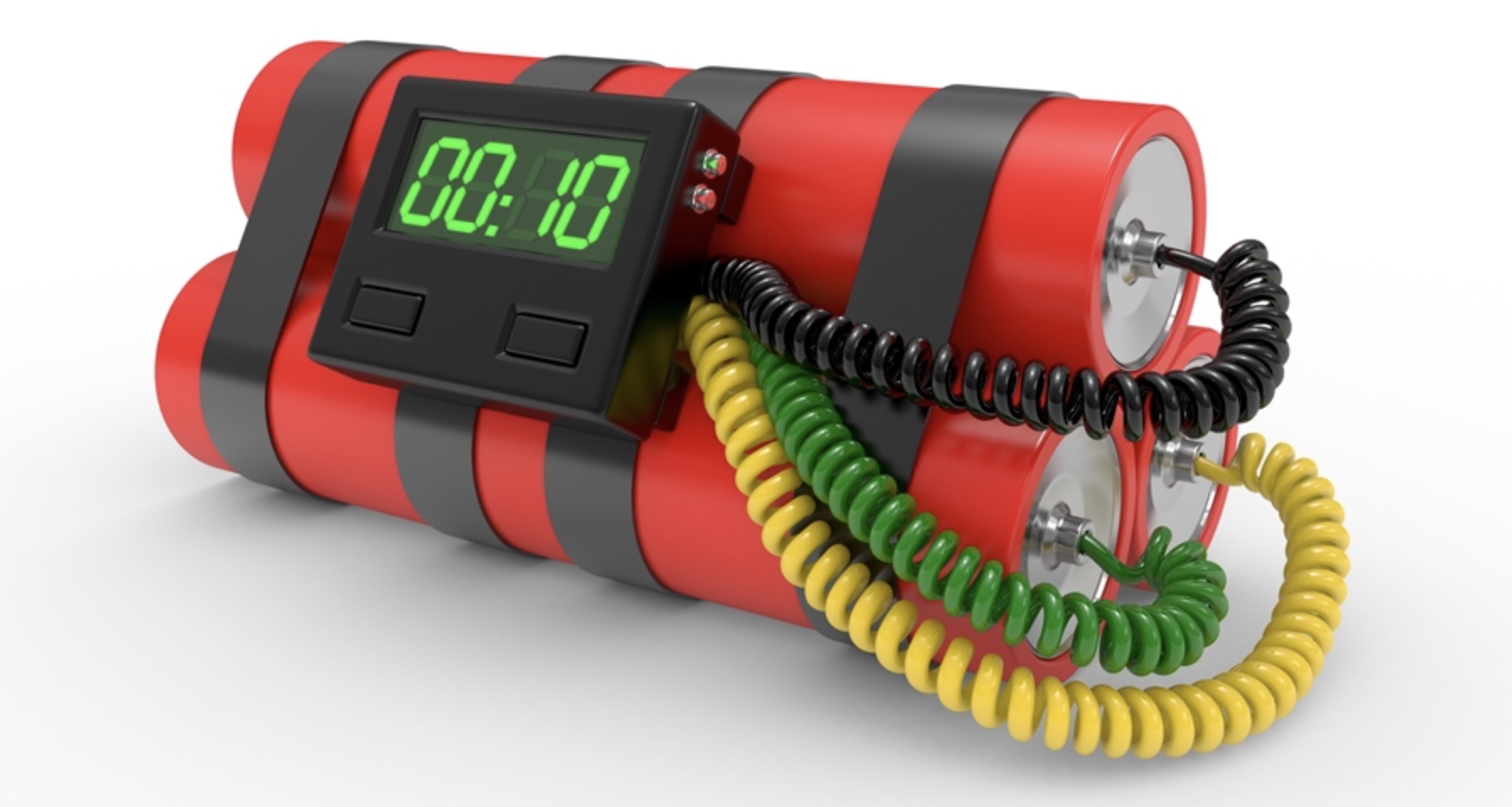 Ticking Time-Bomb Now Threatens The Entire Global Financial System
The US government’s financial position is in such dire straits it has to look for money wherever it can find it. So the money it took from the Fed is sort of like looking for like nickles-and-dimes that were hidden under the cushions of the living room sofa, given that the $19.3 billion it found is so small compared to the debt mountain the federal government has built for itself.

So the bottom-line, Eric, is that while the Fed talks about normalizing its balance sheet and hints at bringing its total assets back to the $850 billion level that existed prior to the 2008 financial crisis, the reality is quite different. The Fed has done nothing to reduce its total assets, and this huge nosedive in its total capital makes its balance sheet even more abnormal and therefore more worrying. It is no wonder that gold and silver are having a great start to the New Year.”

Nomi Prins Predicts Radical Changes In The World In 2018