Just when you thought there wouldn’t be much more carnage, take a look at this economic destruction.

How Bad Is It?
September 30 (King World News) – Gerald Celente:  How bad is it in the current world of businesses, careers, jobs, and professions… and how low will it go?

Here is our latest overview of those suffering from the draconian economic lockdowns imposed upon society.

DISNEY FIRING SQUAD: Walt Disney’s Great-Niece, Abigail Disney, who is not a fan of Disney management, warned back in late July that employees “layoffs” are coming:

“Disney furloughed its workers because they intend to lay many of them off, but they didn’t want the bad publicity that would come with layoffs, so they chose to take the heat of two medium-sized PR hits, instead of one great big one,” Abigail Disney wrote in an extensive Twitter thread. “Wait for it. Layoffs are coming. I don’t expect Disney to pay people who don’t work for them, nor do I expect them to employ people in excess of what they can afford.”

Today Disney announced it is laying off 28,000 of its employees.

This comes as no surprise to Trends Journal subscribers. On 11 August we had forecast when they began to reopen in China, that “With limitations of 30 percent capacity, no parades, no Disney characters greeting visitors or fireworks – and face masks, social distancing and restaurant seating restrictions –  the Disney COVID World, as with other once consumer friendly businesses, will continue to decline and/or go bankrupt under the ‘New ABnormal’ mandates.”

RETAILERS CONTINUE TO SHED JOBS. Up-market clothier Ralph Lauren will lop 15 percent of its global workforce of more than 20,000, after losing $127.7 million in the quarter ending 27 June, compared to a profit of $117.1 million during the same period in 2019.

Earlier this month, the Kohl’s department store chain announced it will dispense with 15 percent of its corporate staff.

In June, Macy’s said it was laying off 3,900 workers at its corporate level…

Autumn – with the U.N. General Assembly followed by Thanksgiving and the December holiday season – is the industry’s busiest in the city.

But this year, “that whole season is going to be a wipeout,” said Douglas Hercher, managing director of the Robert Douglas investment banking firm that specializes in hotels.

Earlier, the City’s inns were optimistic the shutdown would pass quickly. Then, in June, Governor Andrew Cuomo mandated that visitors from, ultimately, 34 states must quarantine for two weeks on arriving in the state. With international travel already halted, the effective ban on domestic visitors “put the dagger to the throat,” said Vijay Dandapani, president of the 300-member Hotel Association of New York City.

Hotels have tentatively scheduled reopening dates, only to have to move them back month by month.

“That would get us back to a place where we could really fight for survival,” he said. “With those things in place, there’s really not a fight to put up.”

In a typical year, New York City’s hotels generate more than $3 billion in local taxes and $450 million for the state. 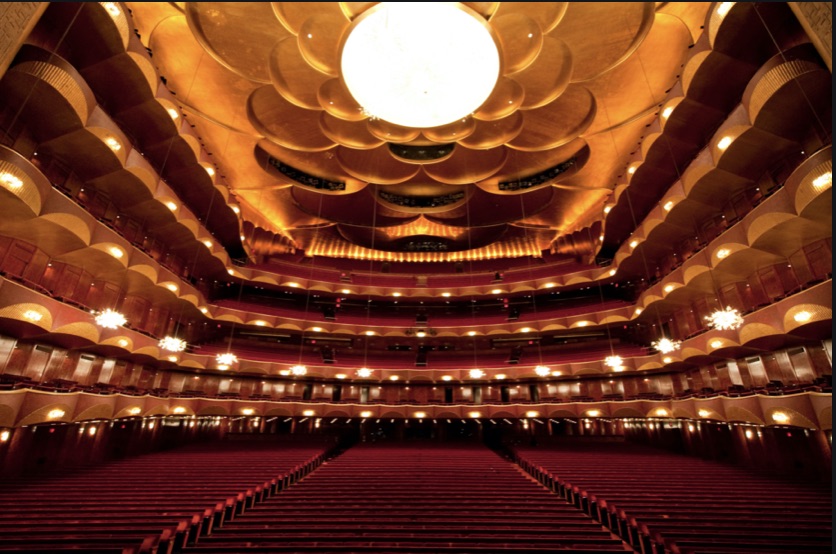 “That’s All Folks!”
MET CANCELS SEASON. The iconic New York Metropolitan Opera Company has canceled its 2020-21 season, meaning its hall will remain silent for at least another 12 months.

The Met had planned to reopen New Year’s Eve.

The Met has been closed since mid-March, losing about $150 million in revenue and leaving 1,000 workers without pay since April

This decision by the U.S.’s largest performing arts organization pressures arts and entertainment venues across the country that are struggling with the question of when, or whether, to reopen any time soon.

Opera companies are, in some ways, uniquely vulnerable to damage from the economic shutdown: their audiences tend to be older, a demographic particularly susceptible to the COVID virus; and productions are so expensive to mount that playing to reduced audiences guarantees a financial loss…

Meanwhile, In Other Parts Of The World
AUSTRALIA’S LIVE MUSIC INDUSTRY MAY NOT SURVIVE. Seventy percent of Australia’s live music venues will be out of business within six months, and 40 percent of those will be forced to shutter by Christmas, without immediate government aid, according to two new national surveys.

Among 50 top venues in Sydney, 42 expect to close permanently by the end of the year.

A survey of the industry in the state of New South Wales found 47 leading concert halls there have collectively lost $70 million in revenue due to the shutdown.

Among performance theaters that are open, most see an average of 15 percent of the seats filled for any event.

The national government’s JobKeeper program, which pays employers $1,500 every two weeks for every qualified worker kept on the payroll, expires 27 September.

New South Wales’ live music industry has launched Save Our Stages, a campaign to pressure the state’s government to offer an aid program to theaters, as have governments in Queensland and Victoria already.

The Verge Of Collapse
“Live music in New South Wales is on the verge of collapse,” a statement from Save Our Venues said. “We call on” the state’s government “to work with industry representatives to devise a stimulus package that will ensure the ongoing survival of our venues.”

The industry also is in crisis talks with the national government.

SIZZLER FILES CHAPTER 11 BANKRUPTCY. One of the original U.S. steakhouse chains, Sizzler, filed bankruptcy for the 14 restaurants the company owns, not the more than 90 owned by franchisees.

The chain complained its landlords would not negotiate delayed or lower rents, forcing the bankruptcy. The chain also has been eclipsed by newer entries in the market, such as Applebee’s and TGI Friday’s.