What is happening is truly shocking: More shortages, inflation, monetary madness and a $450 silver target. 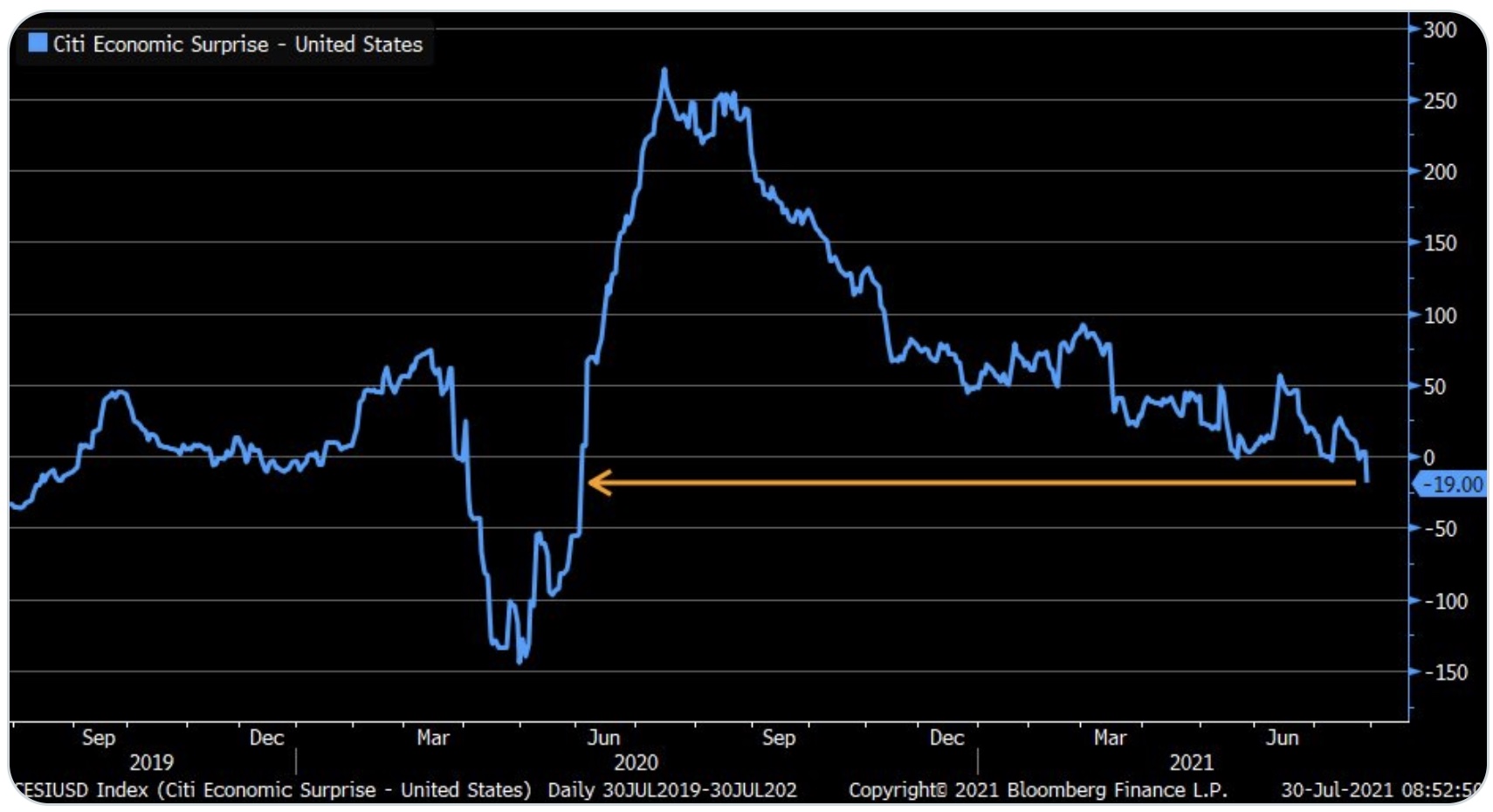 Automobile Inventories Lowest In History!
(187 vs Median Level Of 1,500) 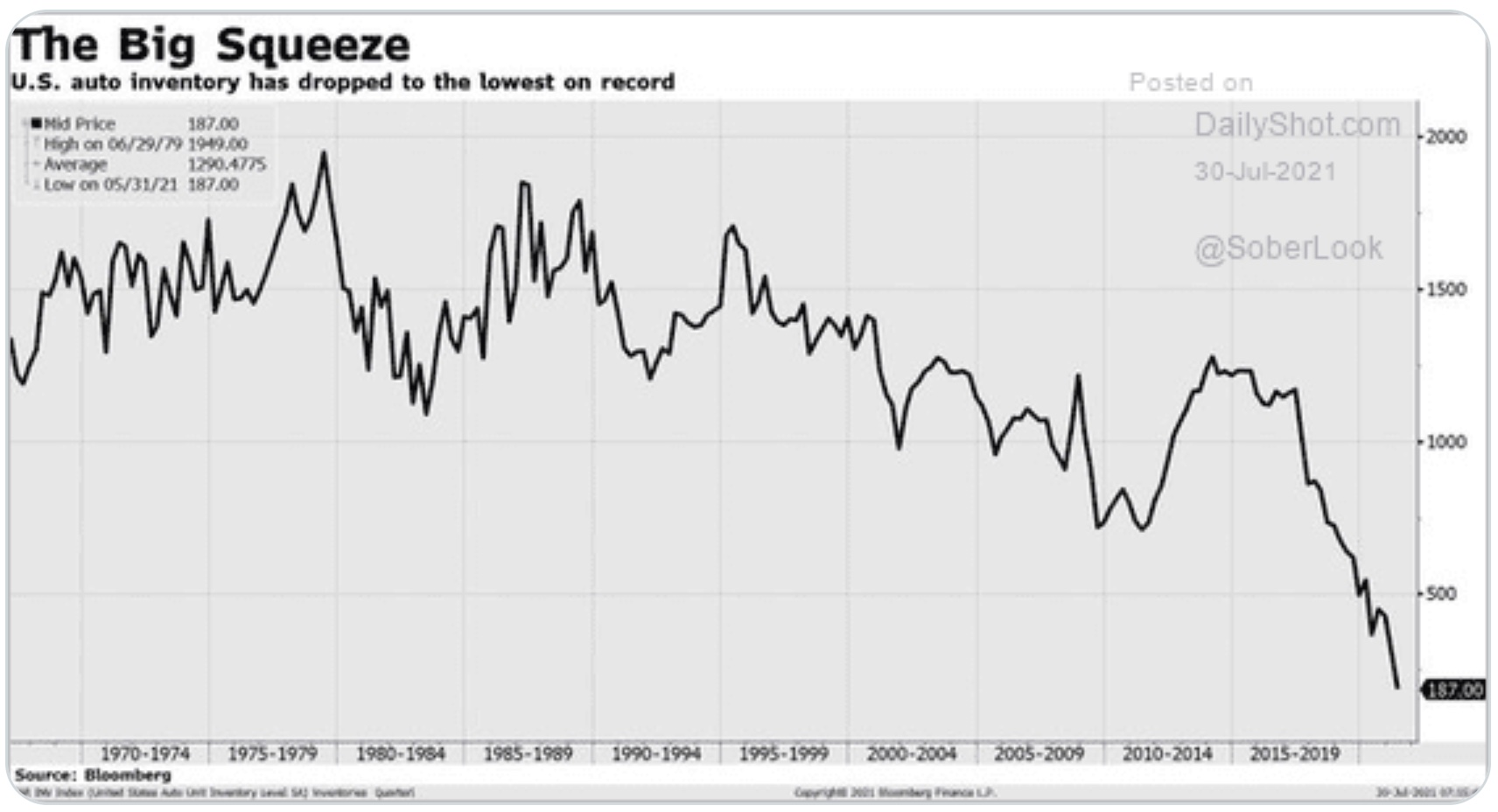 About Inflation…
The Daily Shot:  The US core PCE inflation jumped 6.1% in the second quarter, the biggest quarterly increase since the early 1980s (see chart below). 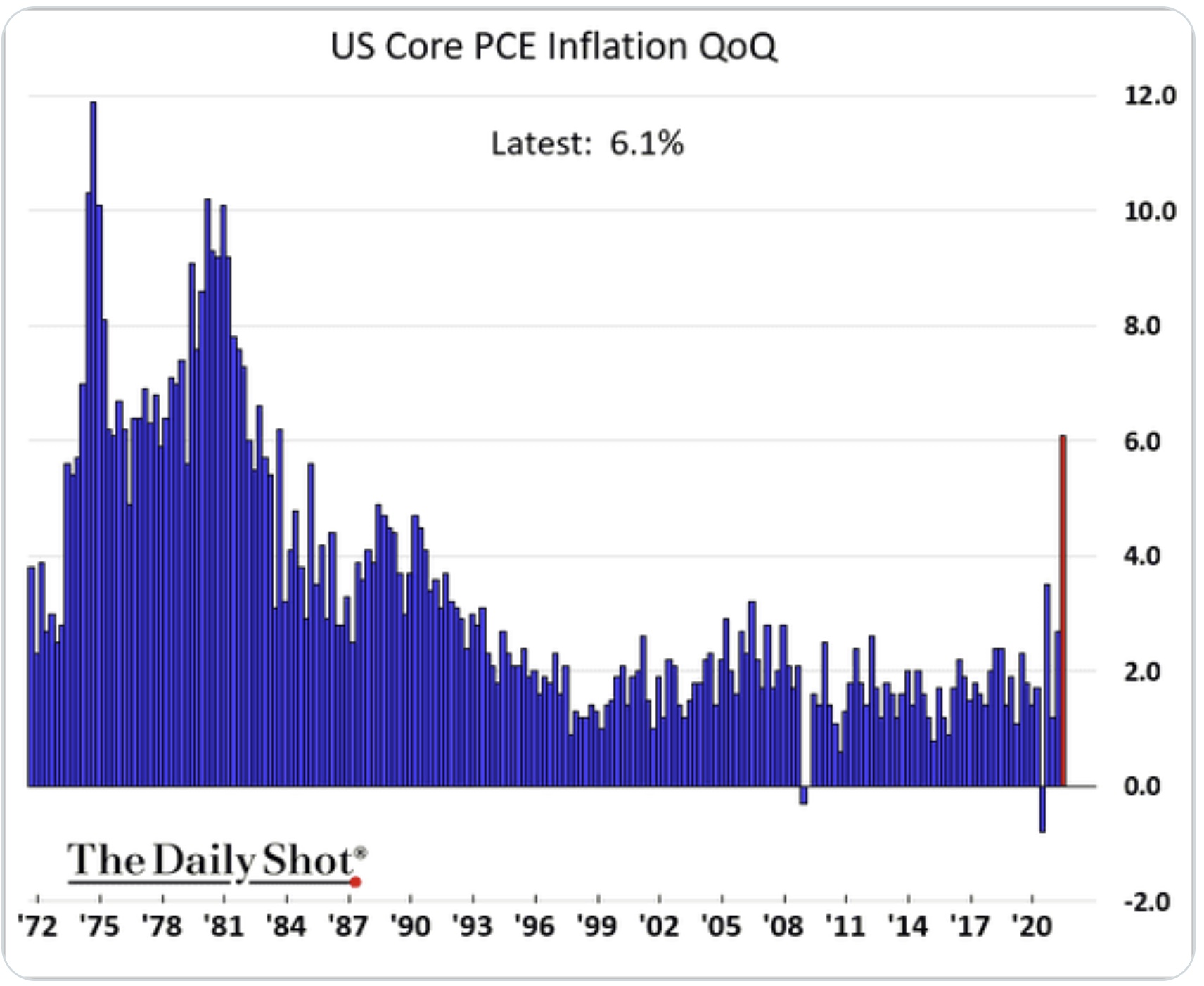 Wish Everyone Could Do This
Willem Middelkoop:  Printing Money, while buying gold… 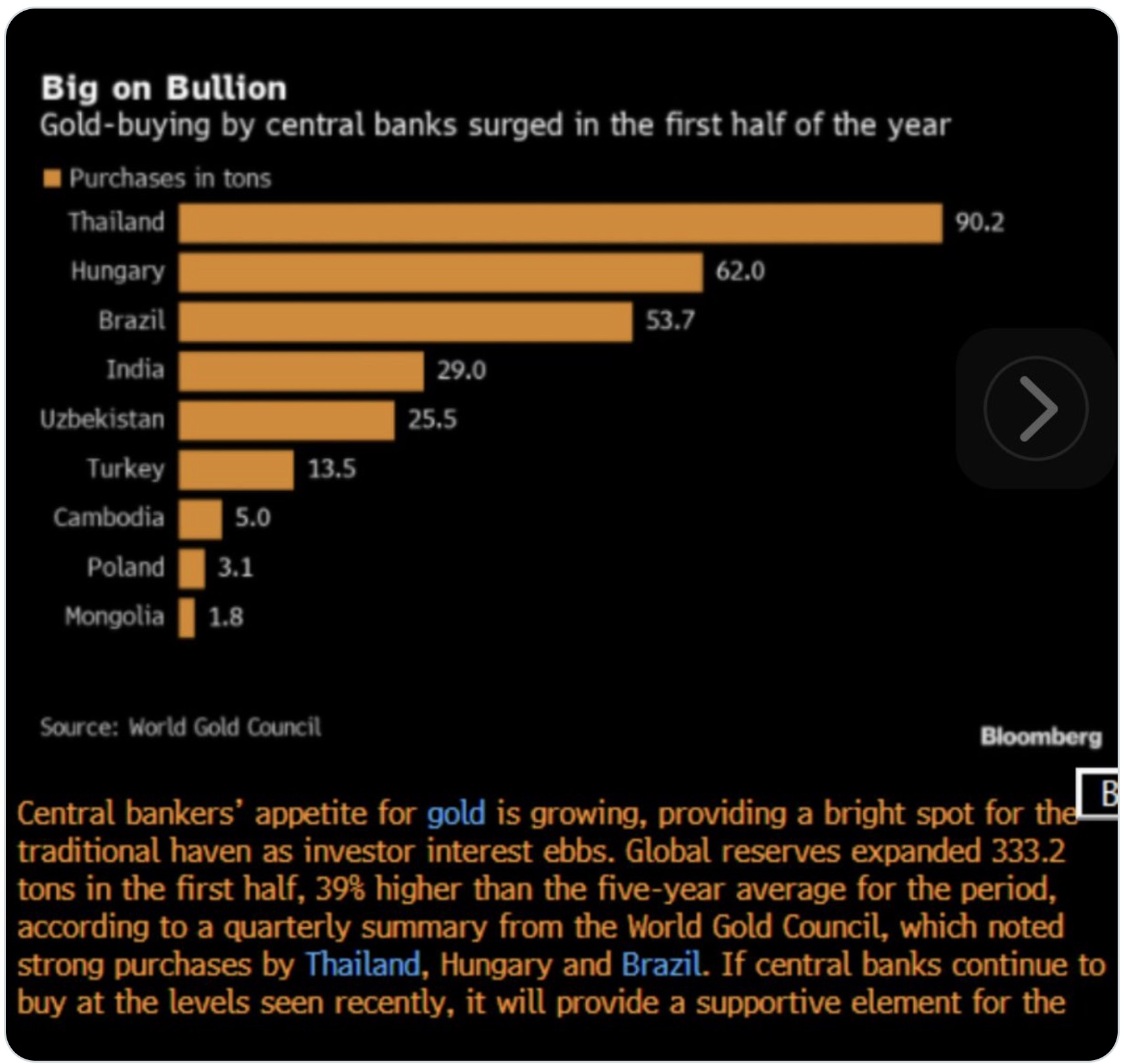 Try Not To Be So Negative
Holger Zschaepitz:  Good Morning from Germany where the financial repression intensifies. Real yields (10y Bunds-inflation) plunged to -4.25%, a fresh All-Time low after inflation jumped to 3.8% in July from 2.3% in Jun. Real yields are now NEGATIVE for 63 consecutive months, another historic record (see chart below). 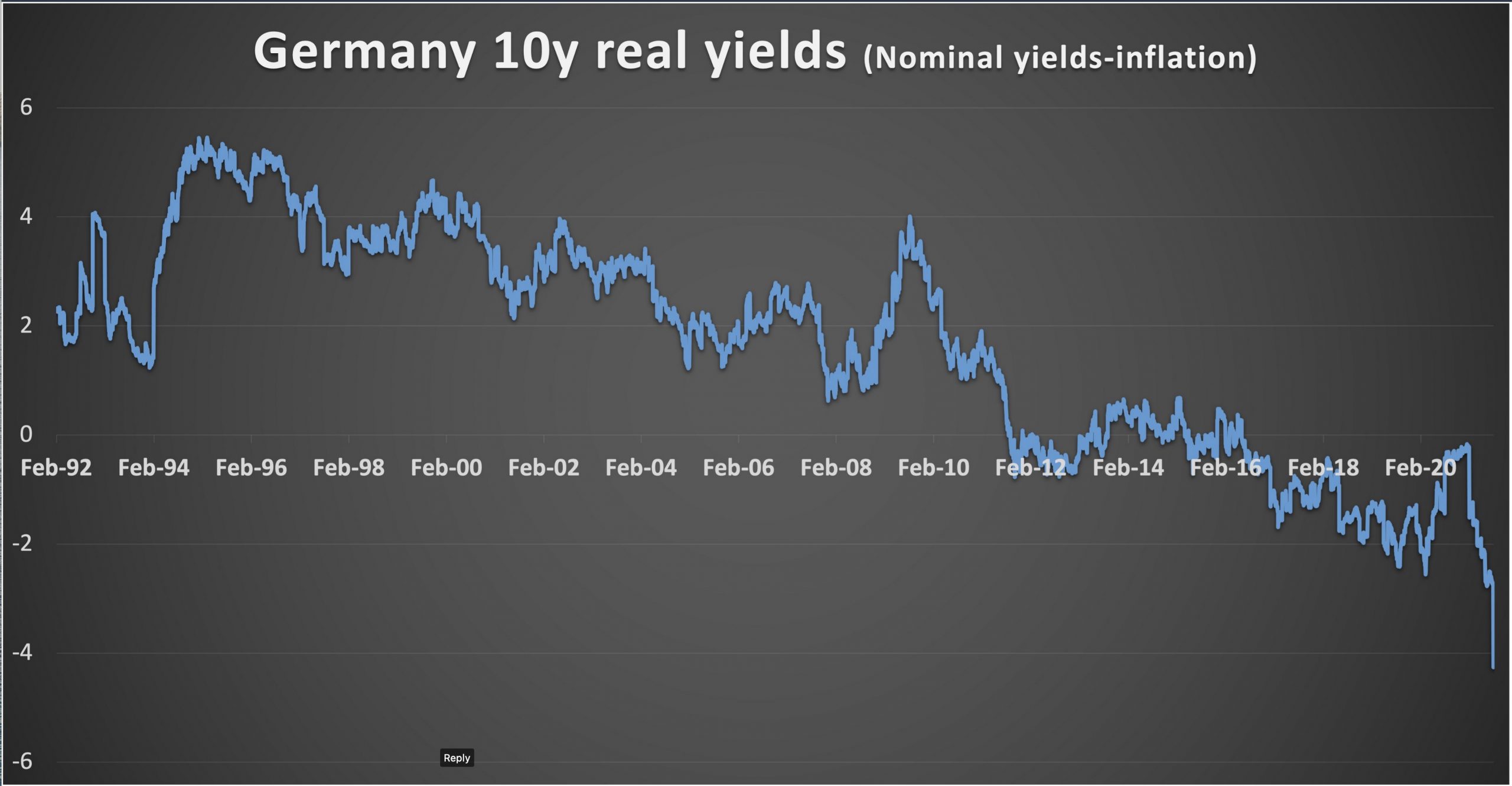 Monetary Madness Continues
Holger Zschaepitz:  If there’s one piece of evidence that the Bundesbank’s legacy is dead, it’s this. The last time inflation was at 3.8%, the key interest rate was 6%; today, it remains pegged at 0% (see chart below).

Last Time German Inflation Was At This Level Interest Rates Were 6%. Today It Remains Pegged At 0%! 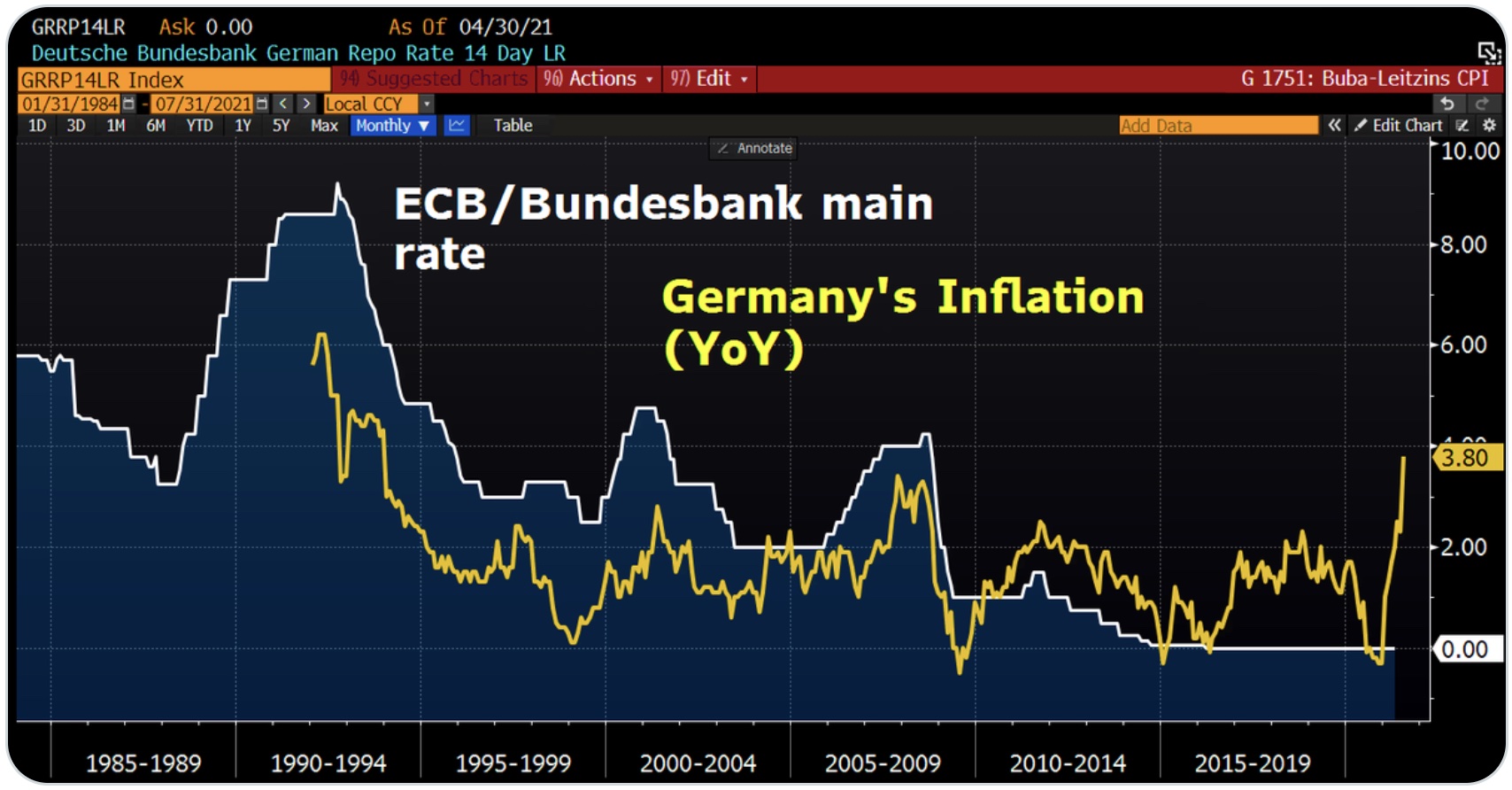 This Will Change At Some Point
Jeroen Blokland:  The Velocity of Money in the US remains extremely depressed! (See chart below).

US Velocity Of Money Has Collapsed 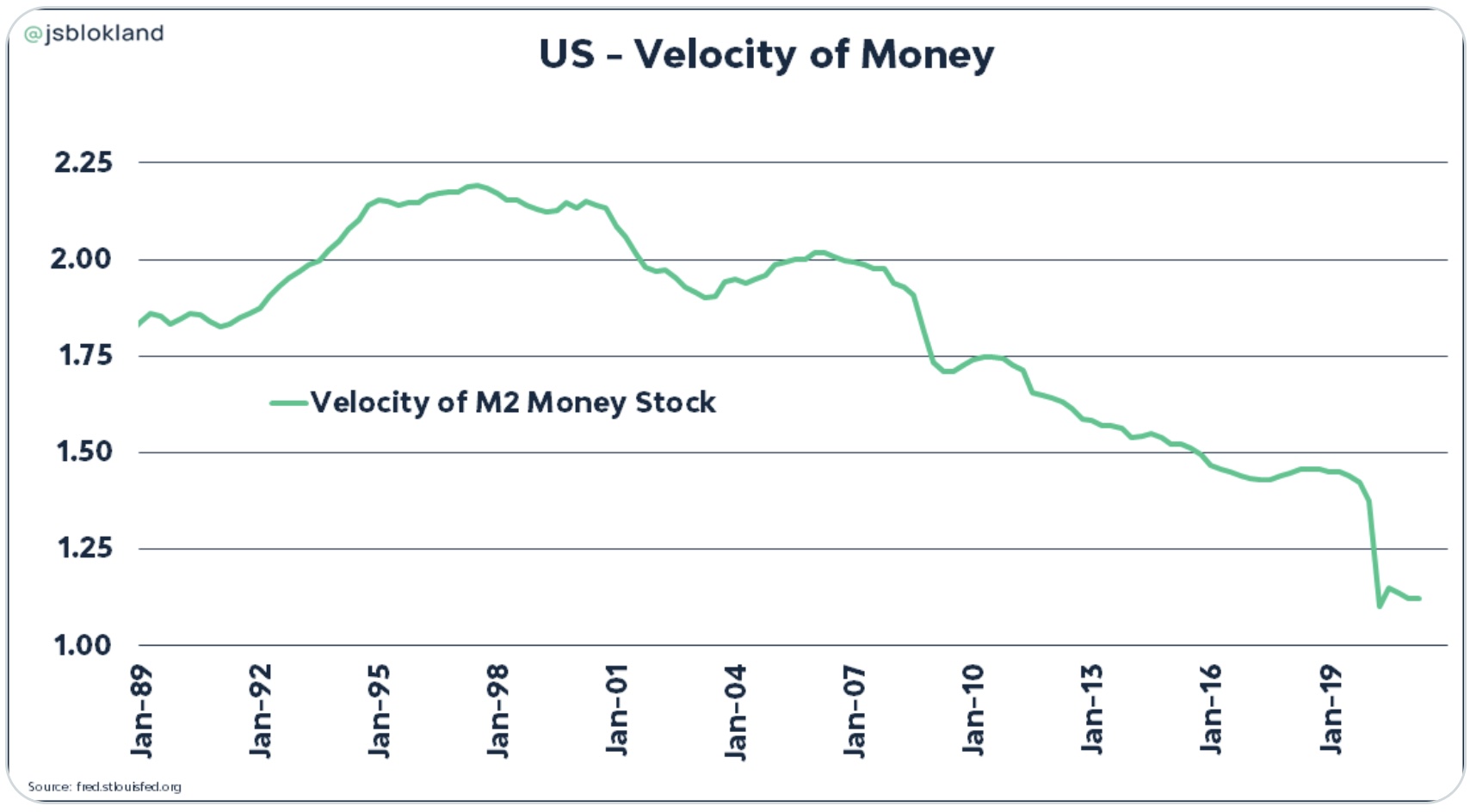 Silver Mania
DowGoldEquals1:  Look for Silver’s secular bull to end with a blowoff hit of the upper rail, about $450 in 2027.

Dramatically Increasing Silver Production!
Arturo Prestamo:  “We continue to make significant progress at the Zimapan Mine with production increasing. This morning’s announcement of Q3 production of 800,000 oz of silver equivalent was in line with our expectations and goal of 4.5 million oz silver production for the year. 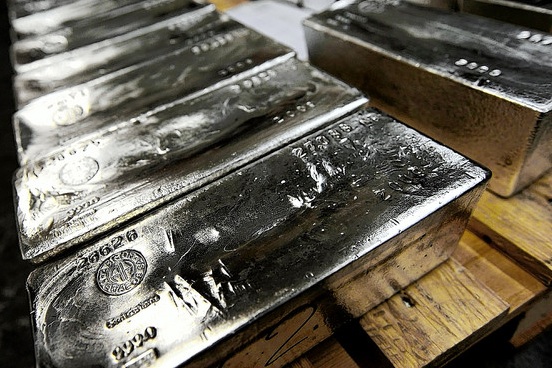 Big Silver Mine Acquisition From Peñoles
Since acquiring the asset from Peñoles, we are making transformational changes including increasing overall productivity, and gearing up for exploration at Lomo del Toro, where we expect both higher grades and throughput. We strongly believe the market has yet to digest the importance of this exploration on our future production and cash flow profile. We look forward to delivering strong numbers in the quarters to come.” Santa Cruz Silver, symbol SCZ in Canada and SZSMF in the US.