Today the man who 90 days ago remarkably predicted the collapse of the euro against the Swiss franc warned King World News about the next shock that will bring the world to its knees.

Egon von Greyerz:  “Eric, it's now totally clear to me that the hyperinflation I've been expecting is becoming more persistent and is now engulfing country after country.  We are already seeing it in the periphery but it's on its way to engulfing the developed countries of the world….

Hyperinflation Is A Currency Event

Hyperinflation is a currency event.  It arises as a result of countries living above their means for a protracted period of time.  This causes massive debts and eventual money printing.

The asset that best defines hyperinflation is, of course, gold.  We know that gold represents stable purchasing power for many centuries, while paper money is always printed into oblivion.

Price Of Gold Skyrocketing In Many Countries

So just looking at the gold price in various currencies, we can see clear signs of hyperinflation.  Since 2008, when the great financial disaster started, gold is up between 800% – 900% in Belarus and Ukraine, and 400% – 600% in Argentina and Syria.

Eric, we are talking about inflation rates of 500% – 800% since 2008.  These are old economies that are totally collapsing.  There is, of course, no way for a heavily-indebted West to assist any of these countries.  One country, Ukraine, is getting major funding from the West, but in spite of that Ukraine is totally disintegrating.  Ukraine is rapidly running out of both food and money. 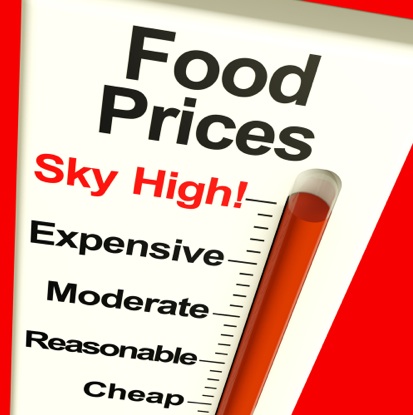 The West Is Next

But the West is steadily going in the same direction as these countries that are already in the hyperinflationary stage.  Since 2008, total world debt has gone up by 45%, or $60 trillion.  Due to the problems in the EU and Greece, the euro has now gone down to the lowest level since 2003.

Hyperinflation In The U.S. And Europe?

This has served to create temporary strength in the U.S. dollar but this strength will be temporary.  The dollar will finish its up-move in the next couple of weeks and begin to reflect the reality of a country that has been living above its means for at least 50 years.  So I would expect hyperinflation to reach the shores of the U.S. within the next 2 – 4 years.

Hyperinflation will, of course, also hit Europe.  In the meantime, central banks around the world are now monetizing all the debt that is being issued.  This means that central banks are the only buyers of their country's debt.  No sane investors will buy debt that will never be repaid that has an almost zero yield.

Swiss banks are now charging 3/4 of one percent for the privilege of lending them money.  This is totally insane, Eric.  Now we have to pay insolvent banks to hold our money?  Any wise investor will instead buy gold and store it outside the banking system.

What has happened to the currencies in Ukraine, Russia, and the other countries that I mentioned, will also happen to the dollar and the euro.  But gold will protect investors from these dying currencies.  Collapsing currencies will not only destroy wealth, it will also lead to capital and exchange controls and the disappearance of paper money as a medium of exchange.  But when debts disappear by way of hyperinflation, so do the assets that financed them.  So the asset implosion that follows the coming hyperinflation is going to be extremely destructive for the whole world.” 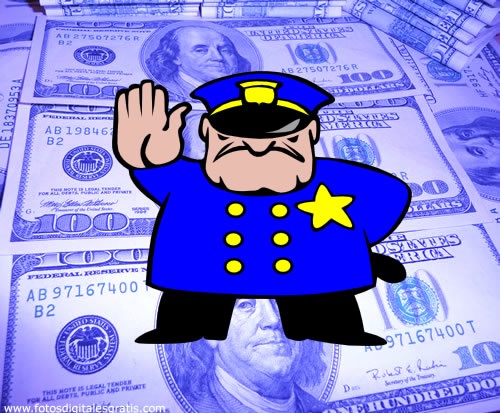 One Of The Most Terrifying Interviews Of 2015

Eric King:  “Egon, I know you've had a chance to read the KWN interview with Chris Powell — what are your thoughts on what Powell had to say?”

Greyerz:  “Chris did a fantastic job of providing proof of central bank interference in all global markets.  Banks such as Goldman Sachs and JP Morgan are controlling all major markets working as the agents of the Fed and the U.S. government.  They are therefore controlling the whole world financial system.

As Powell pointed out in Reg Howe vs the Bank for International Settlements, et al, the U.S. has the right to secretly rig not only the gold market but all markets.  So no lawsuit or investigation will ever have a chance.

What Powell Did Not Mention That Will Shock The World

It will be market forces that overwhelm the artificial government manipulation of major markets, including gold.  Over time, markets are bigger than any government or group of governments.  So the fraud and the artificial pricing in major markets will all be reversed in due time, especially in the gold and silver markets.  This reversal and loss of control will be the huge shock that brings the West to its knees.” ***ALSO JUST RELEASED: Danger Signal Now Flashing Red After One Of The Largest Increases In History CLICK HERE.