As the chaotic trading in global markets continues, one of the greats just warned “the amounts of QE will be truly staggering,” plus wild trading in gold, bonds and more.

S&P Will Collapse To 2009 Low
March 6 (King World News) – Albert Edwards, Former Global Strategist at Societe Generale:  “Rest assured, by the time ‘this’ is all over we will likely revisit 666 again with US 10y yields around -1% or below. The likely deep recession will be blamed on the Coronavirus, but it is ‘just’ the trigger to burst years of ruinous bubble blowing by the Fed et al.”

“Pedal To The Metal”
Sven Henrich:  “Imagine central bank reckless pedal to the metal interventions trapped everyone long into historic valuations and now an unforeseen trigger pushes the global economy into a recession with central banks already all in.”

“The Amounts Of QE Will Be Truly Staggering”
Alasdair Macleod:  “I expect to see repo activity increase in the coming weeks due to commercial and banking payment failures. Soon to be augmented or replaced by formal QE as the virus takes off in US over next fortnight. The amounts involved will have to be truly staggering. Print print print…”…

The Case For Higher Gold
Alasdair Macleod:  “It is getting very difficult not to make a case for far higher gold prices in the coming weeks. Coordinated central bank monetary reflation will be far more destructive of currencies because CBs think price inflation is at 2%. That is their get out of jail card. No alternatives.”

US Dollar On Cusp Of Massive Bear Market 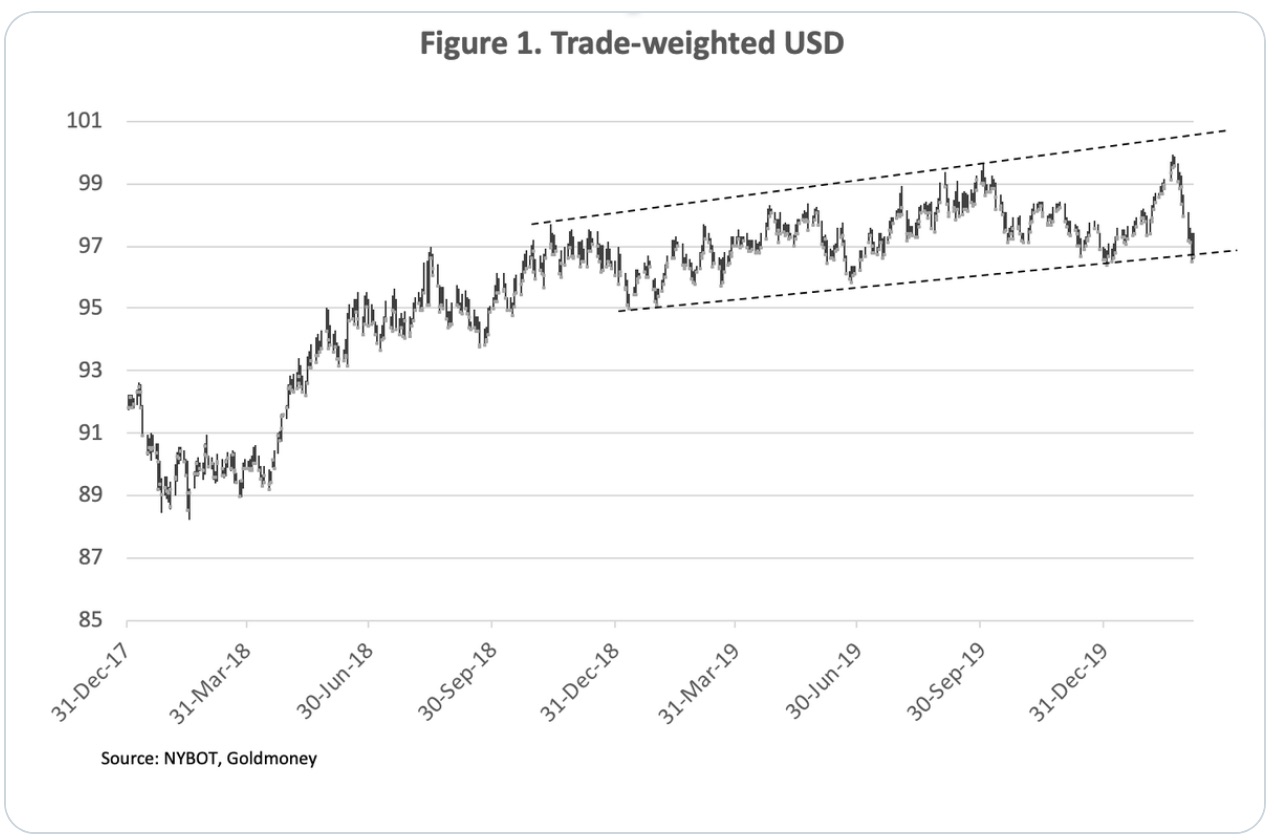 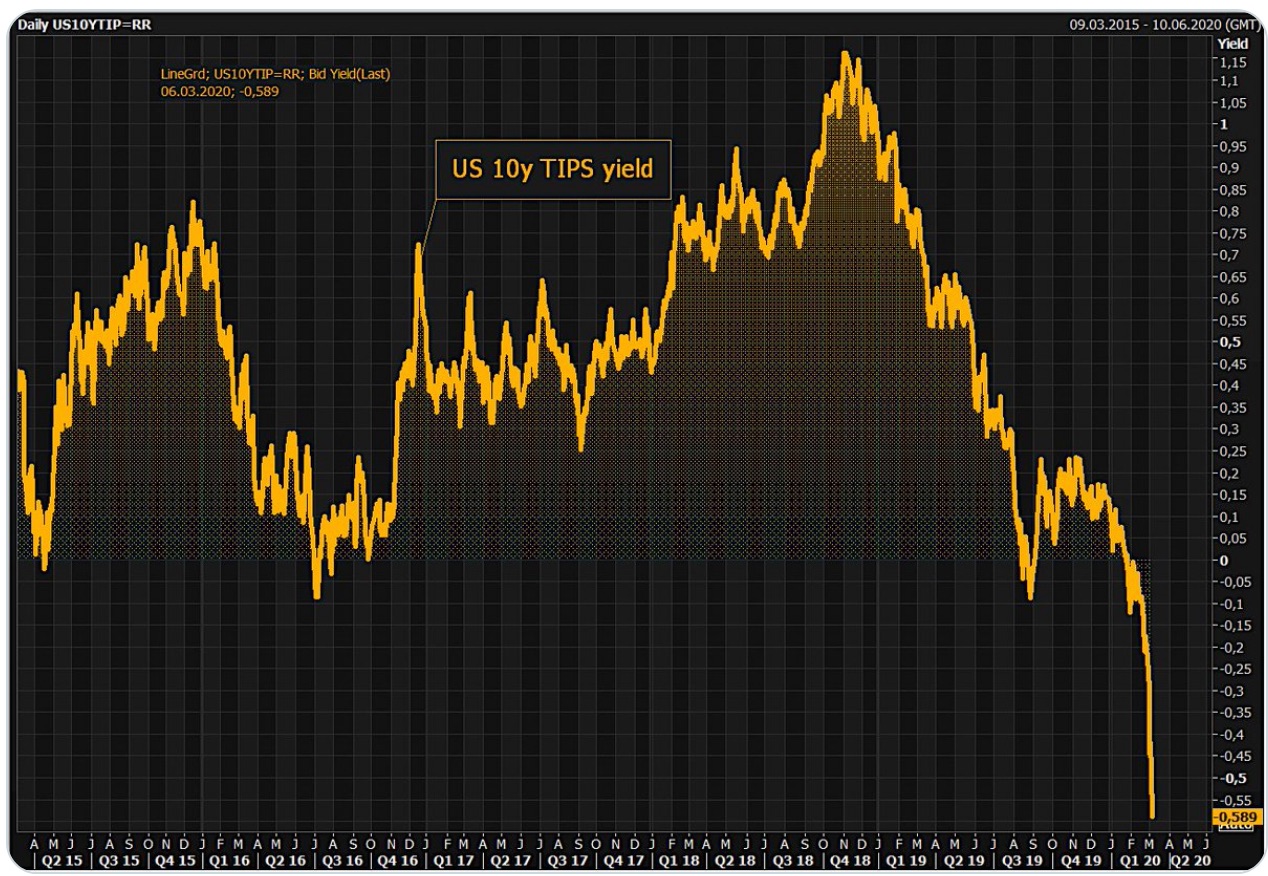 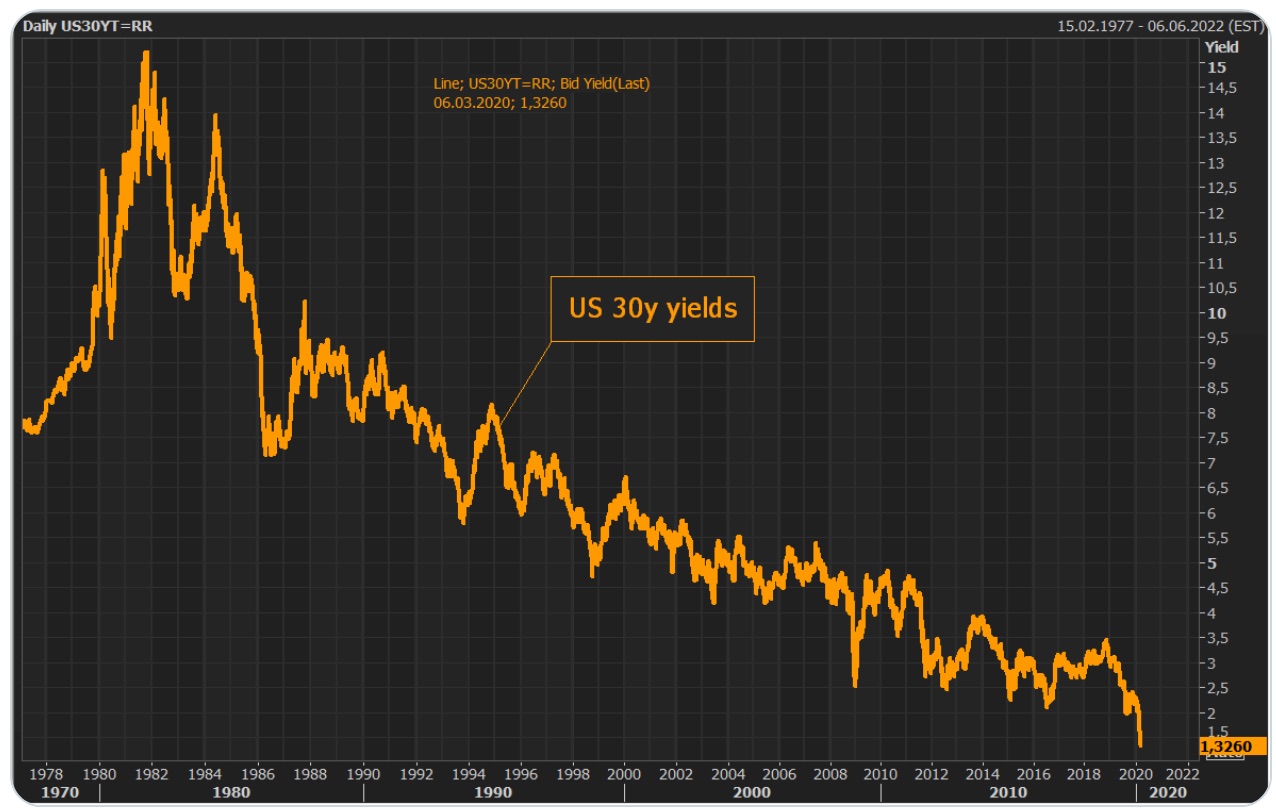 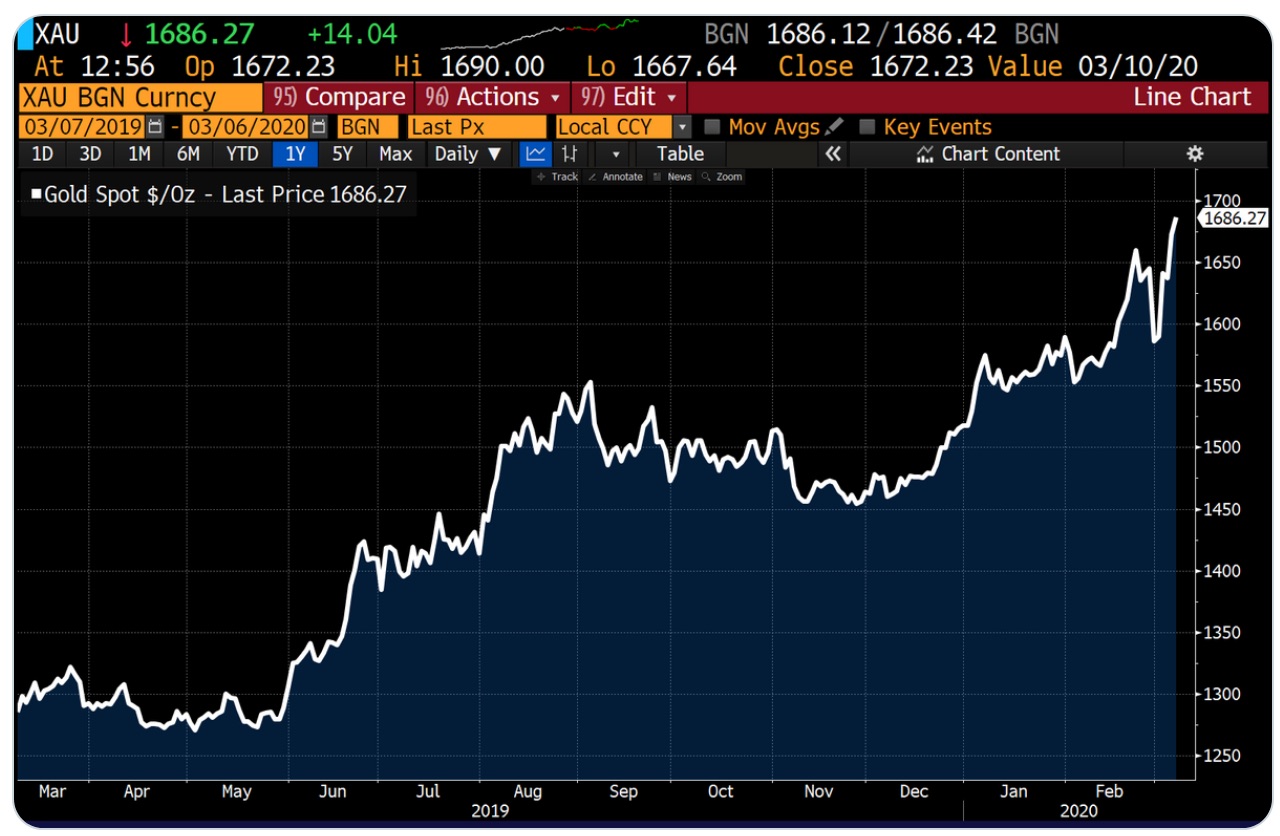 Heard lots of excuses why one shouldn’t own gold/miners that have kept so many (even long-term bulls) on sidelines. COTs unfavorable, they’ll get sold in market meltdown, mines could be shut down. But I never hear this reason to buy: investors (especially U.S.) are grossly underweight them.”

Gold
ALSO RELEASED:  GOLD: A Break Of This Level Will Cause Gold Bears To Throw In The Towel CLICK HERE TO READ.

The West’s Desperate Takedown In The Gold Market Will Fail