Today a legend who was recently asked by the Chinese government to give a speech to government officials in China warned King World News that the endgame is now unfolding.  He also discussed how the rapid shift of power from West to East is taking place as well as what this will mean for the future.

John Ing:  “Despite the euphoria in the Chinese stock market, drawdowns of physical gold from the Shanghai Gold Exchange remain strong.  Recently we saw 51 tons of gold taken out of the Shanghai Gold Exchange in just one week.  We will hear more discussion going forward about the renminbi being included as part of an international reserve currency, along with the U.S. dollar and the euro….

“That would be a major step in making the renminbi an international currency, particularly since it would have to included in portfolios.  The IMF reviews this in October but there will be jockeying back and forth this summer.

Regardless, China continues to build up their massive reserves of physical gold.  Having the renminbi included as part of an international reserve currency would also force the Chinese to come clean with regards to how much physical gold they possess.

Already, Eric, we see the Shanghai Gold Exchange overshadowing the Comex.  China already has the world’s largest bank — the Industrial and Commercial Bank of China.  ICBC is larger than the American banks.  I can also see China’s stock markets becoming bigger than the New York markets.  So I think from a capital raising point of view, all signs point to the East.”

Eric King:  “What is China’s view about the fiscal irresponsibility of the West?”

John Ing:  “There is great deal of concern that the West is still mired in the Bretton Woods Agreement, which took place in the 1940s.  Of course this made the U.S. dollar the dominant currency in the world.

Well, after the Asian crisis in the 1990s, there was no question that the Chinese as well as the Japanese became very alarmed that they had hitched their economies to the dollar.  We have now seen a diversification out of the dollar in terms of China’s abundant foreign exchange reserves. 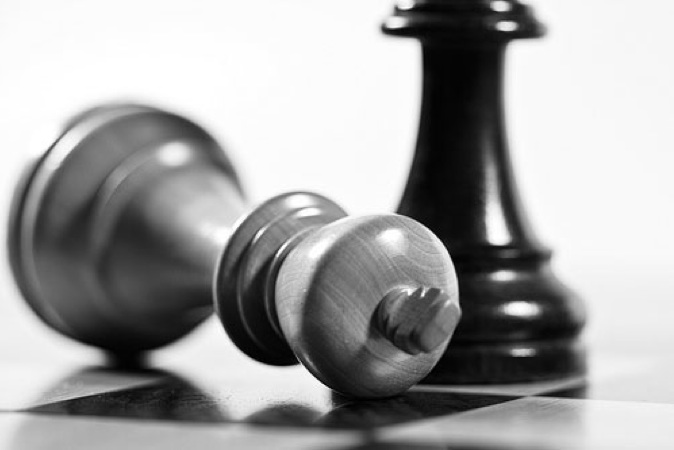 The Endgame Is Now Unfolding

China essentially stopped buying U.S. Treasuries and began aggressively accumulating hard assets.  We are talking about the purchase of everything from gold and Picasso paintings, to real estate and international companies.  China has an insatiable demand for resources and they have been doing oil swaps with major producers, so there is no question that they are lessening their dependence on the dollar.

Down the road I think we can expect to see a dollar bloc, a renminbi bloc, a euro bloc, and we will probably have a petro bloc.  But somewhere in that equation gold will play a major role because you can’t print gold.” ***ALSO RELEASED: 4 Of The Most Astonishing Charts Of The War In Gold, Silver And The U.S. Dollar CLICK HERE.

Celente – Where The Decline In Gold Will Stop, Plus How To Prepare For What Is Coming