Peter Boockvar, author of the Boock Report
November 22 (King World News) – I noticed this poll from Gallup last night that was posted Monday and while it’s a snapshot of great comfort with the current state of the US economy on the part of the people surveyed, we can’t help but worry about what happened after the prior two times it reached current levels: 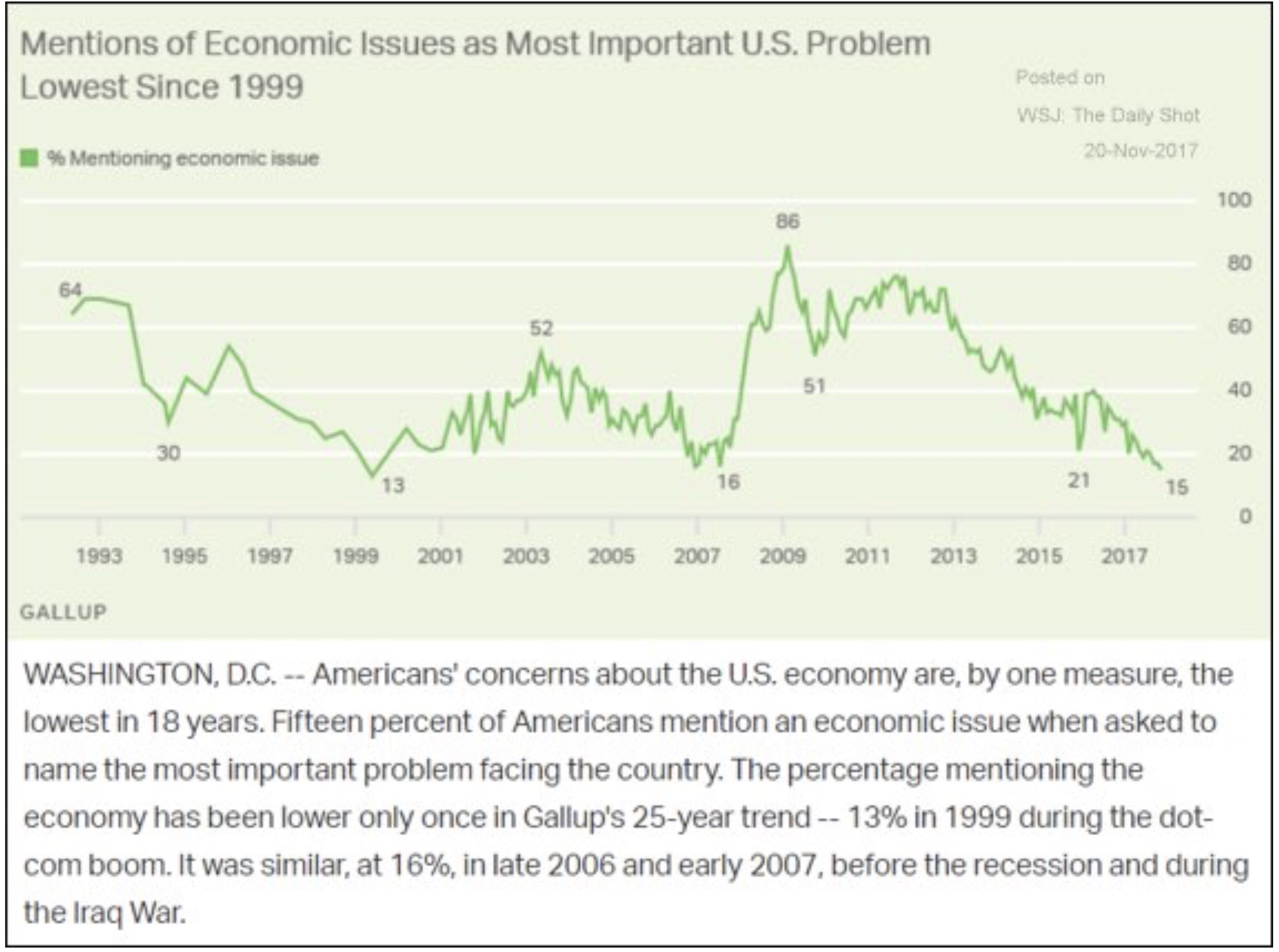 This is the third time it has appeared, already breaking the low from 2007 and closing in on the record low set in 1999. It is yet another indicator that the party which continues to take place in many global stock markets will end in tears.

***ALSO JUST RELEASED: What Is Happening In The Residential Real Estate Market Is Remarkable CLICK HERE.

The Price Of Silver Just Had A Historic 10-Year Breakout!