Here is a major update on the gold and silver markets as the price of gold hits a decade high.

Within hours KWN will be releasing an audio interview! Until then…

Decade Highs For Gold
July 10 (King World News) – Alasdair Macleod:  Gold hit decade highs on Wednesday, trading as high as $1818.5 on the spot market, and $1829.8 on the Comex August contract. Silver spiked to $19 spot and $19.45 for the active September contract. Since then, profit-taking has pulled prices back. 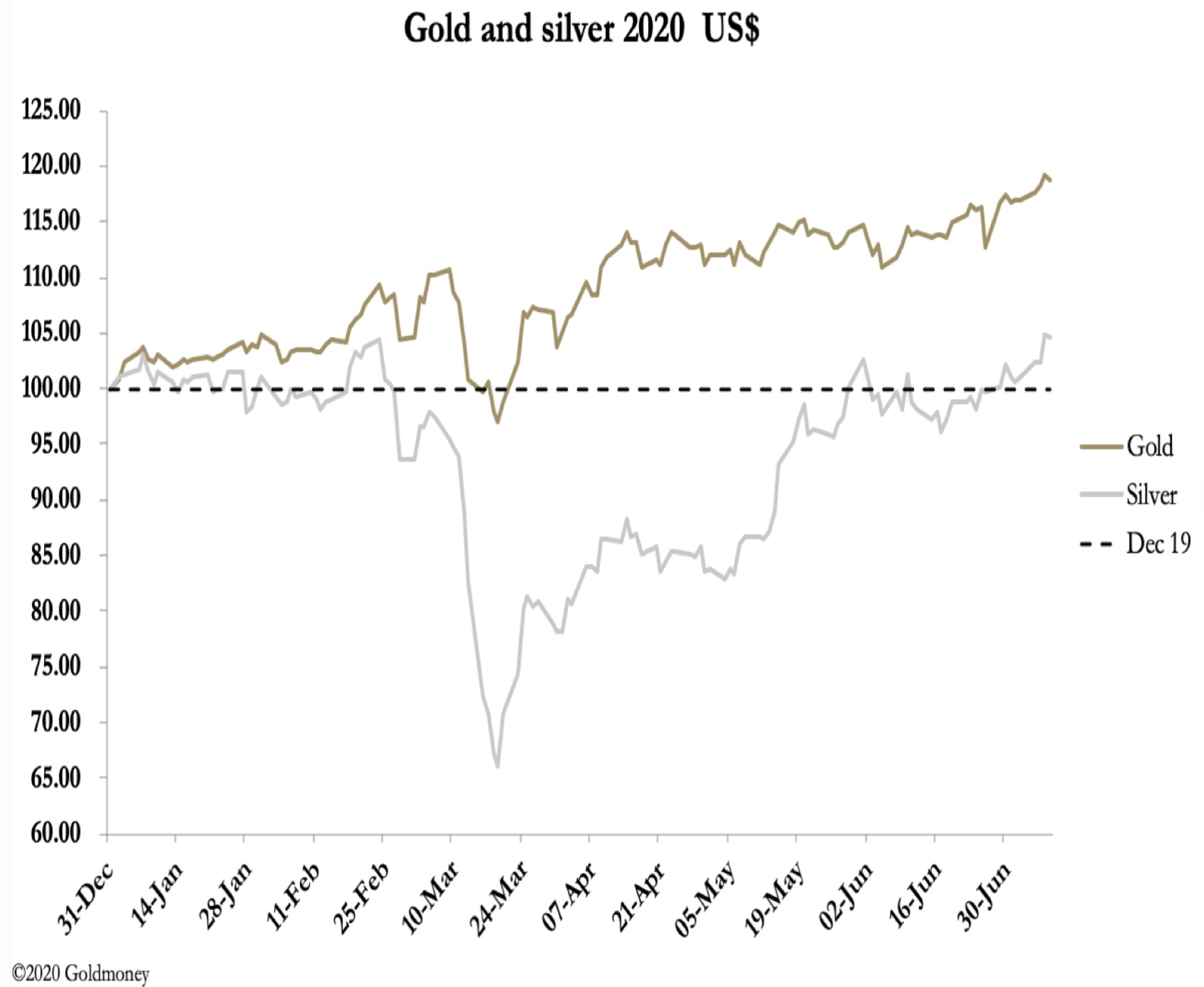 Our next chart shows the gold price and Comex open interest moving up in tandem, with open interest appearing to have further upside. 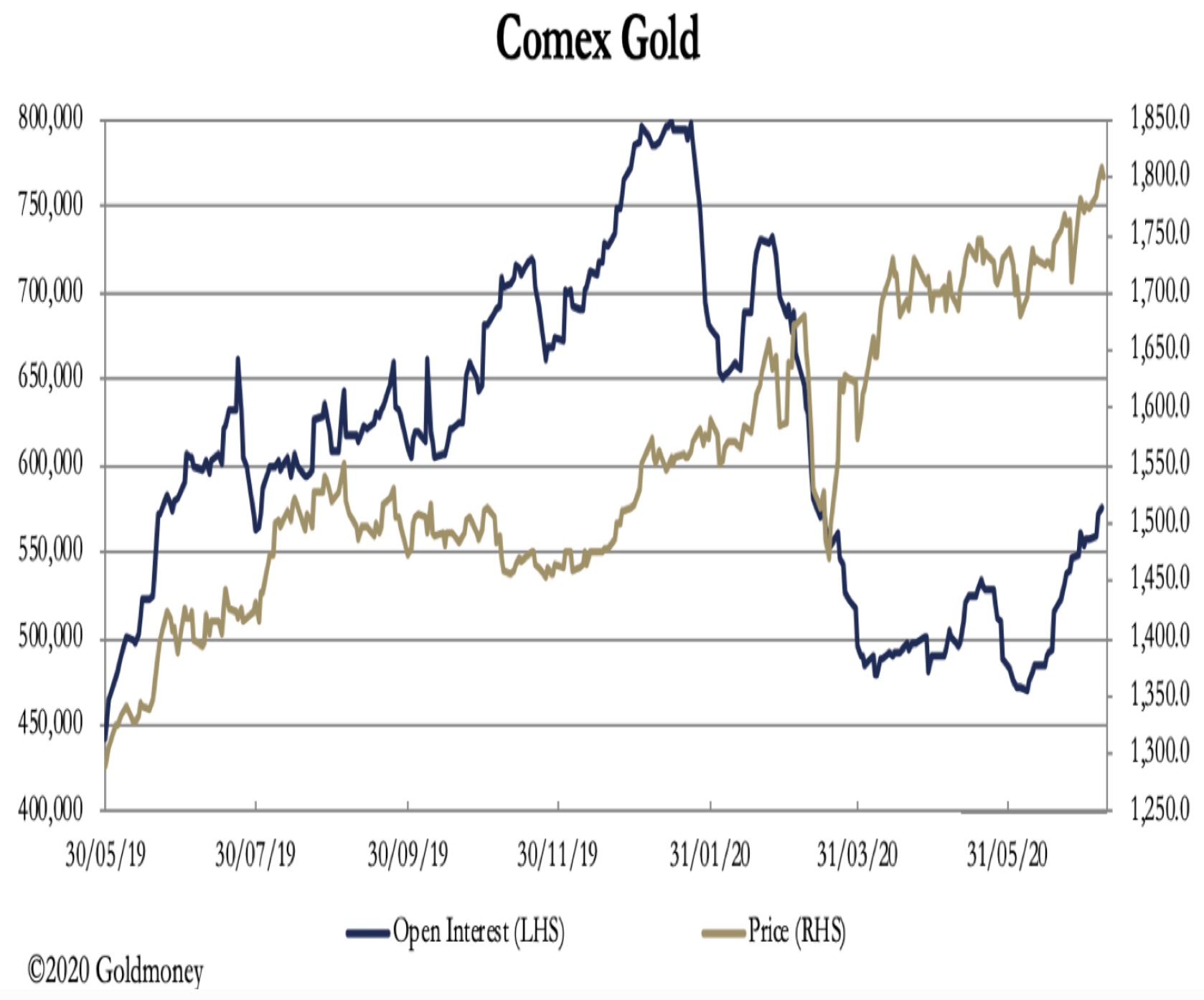 Open interest has some way to go before we can say that gold is overbought by this measure. In other words, speculators’ longs are still moderate overall, particularly if the recent excursion to over 700,000 contracts is the new normal. But with the price having risen by $330 since mid-March, profit-taking is to be expected…

But there is a problem for the bullion banks, the managed money category is only moderately net long, as our next chart shows. 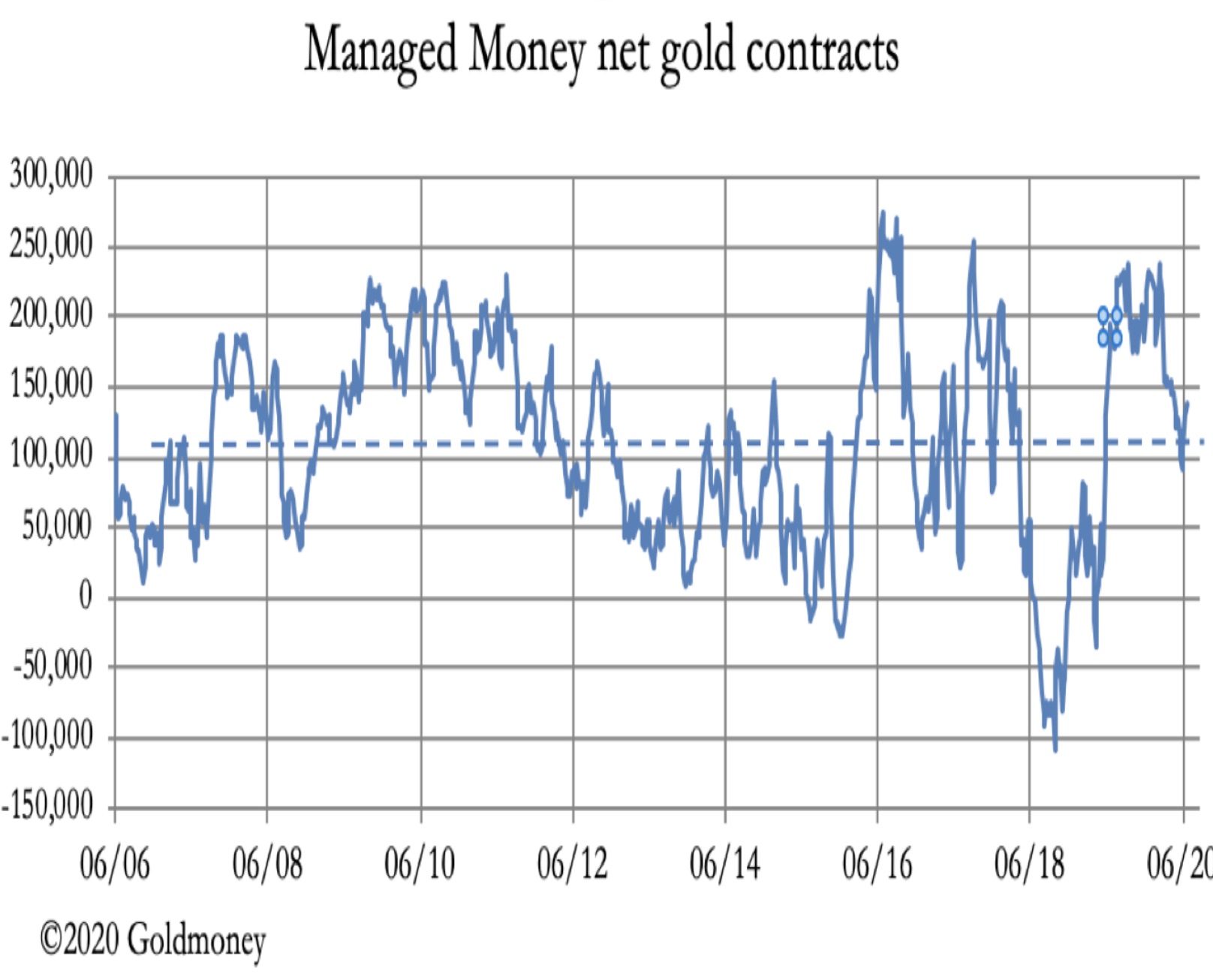 The pecked line at about 110,000 net long contracts is the long-term average position, and at 138,555 contracts, this category of speculator could easily absorb another 100,000 long contracts before the market is truly overbought. Meanwhile, Producers and Merchants who along with Swaps take the other side of the speculator’s longs, have cut their positions throwing the emphasis onto the Swaps. The table below sums up the position on last available data. 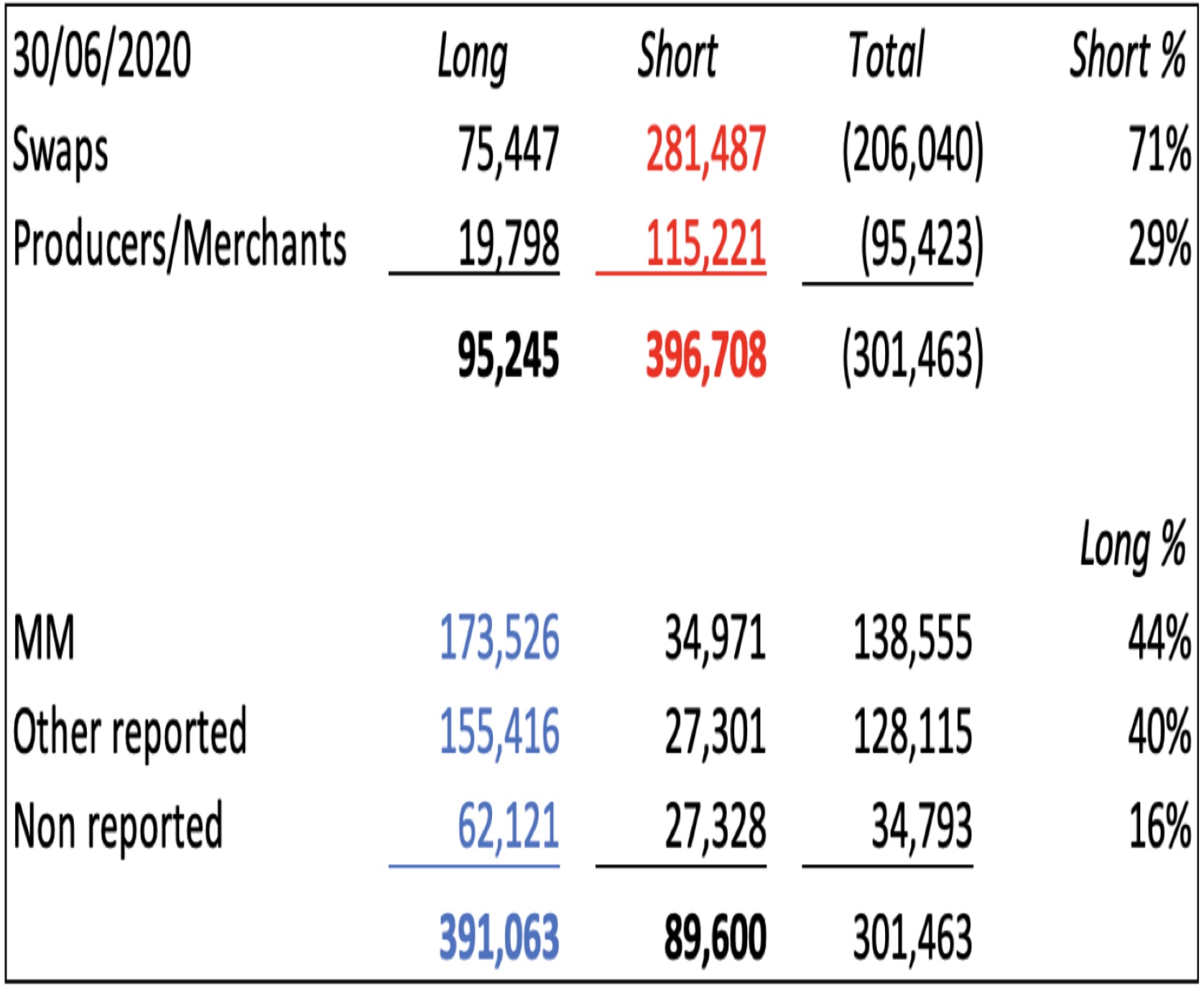 In money terms, at the quarter-end the Swaps were short a record $36.6bn. The Swaps are bullion bank trading desks, who have made their money in the past by taking the other side of the Managed Money longs, mostly hedge funds. At net long 138,555, theoretically there is some room for hedge funds to be shaken out, but with a weakening dollar and unlimited monetary inflation, they are now belatedly buying.

The irony is that a major shakeout on Comex allowing the Swaps to close their shorts might require the conditions following the Lehman crisis to return, when the gold price fell initially before going on to new highs. Not even that is for sure, because a new banking crisis is unlikely to be confined to one significant bank. It would almost certainly be a cross-border affair, involving the banks which have bullion trading desks. So, a short Swap may have to risk bankruptcy to close its bullion position.

Meanwhile, delinquencies on mortgage payments and rents in the US are rising, likely to lead to a new wave of bankruptcies, while Covid-19 cases appear to be on the increase in Florida, Texas and Arizona. Further delays in a return to normality and a general sense of inadequacy from the government are not helping.

President Trump has not had a good crisis in his election year. It has not done his political image any favours, and he is significantly behind in the polls. Biden’s rising popularity should be bad for the dollar, so good for gold.

Within hours KWN will be releasing an audio interview! Until then…