Look at this remarkable chart comparing Bitcoin and gold. 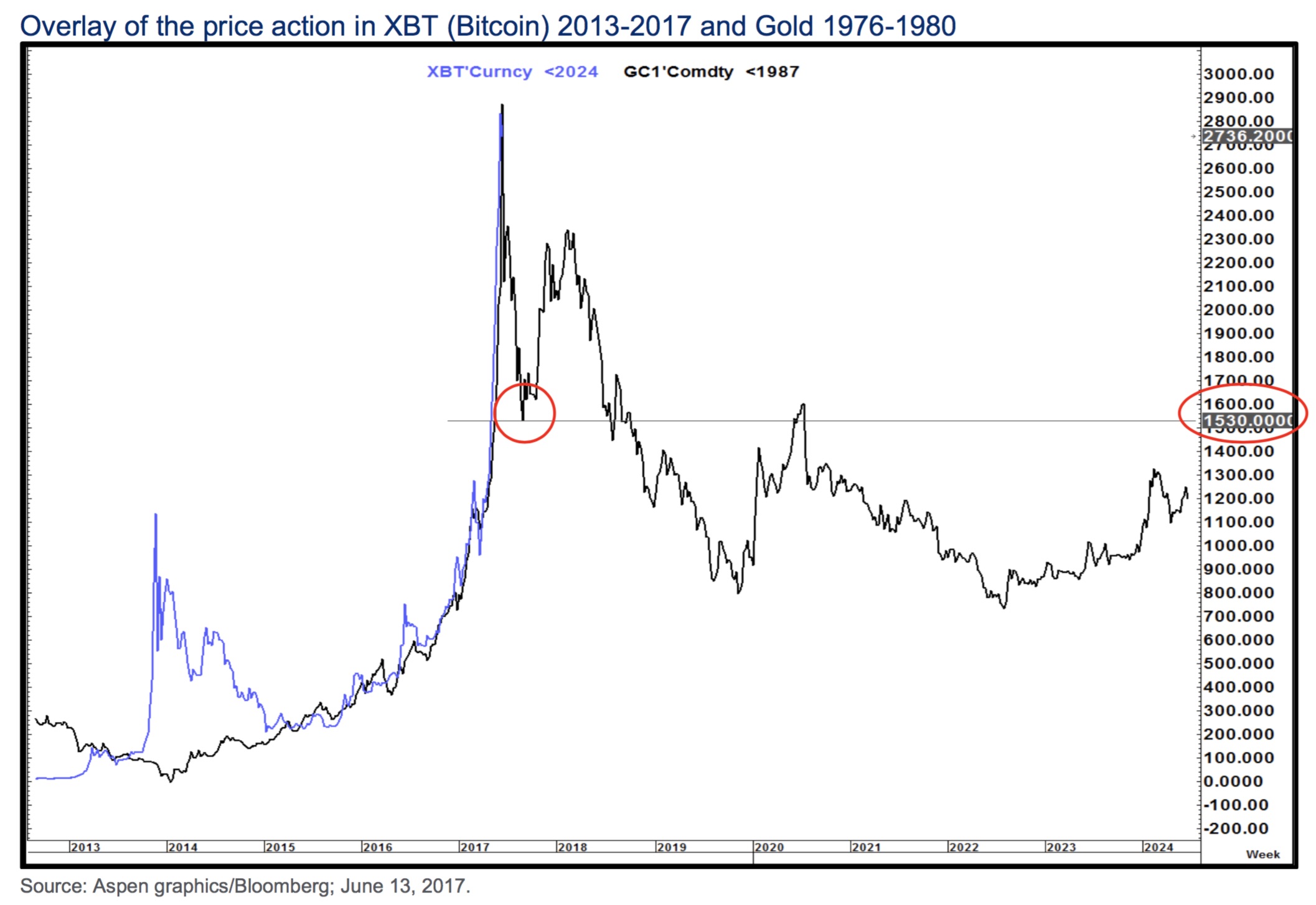 As you can see, if Bitcoin were to mirror the subsequent price action following gold’s peak in 1980, the price of Bitcoin would crash to below $800.  Fitzpatrick wasn’t projecting this will take place.  Instead he was just illustrating the remarkable similarities of the parabolic advance at the end of the 1970’s gold bull market and Bitcoin’s now famous parabolic surge.  Manias always end in tears.  It will be interesting to see if the Bitcoin faithful have to endure massive financial destruction of if they have a different fait awaiting them.