With continued uncertainty in global markets, the public is dumping stocks as we just witnessed the 5th largest outflow from domestic stocks funds in the last 10 years!

Public Dumping Stocks
From Jason Goepfert at SentimenTrader:  “U.S. equity funds got punched again. There was a huge outflow from domestic funds that focus on stocks, the 5th-largest since 2007. Total fund assets have grown over that time, but even if we express the outflow as a % of total assets, it was large. There is a temptation to automatically consider such an outflow to be a contrary indicator (and bullish for stocks) but the history of other large weekly outflows has been mixed…

Huge outflow from mutual funds…again
Weekly outflow the largest in years, but not as extreme as % of assets, and not necessarily a good contrary indicator

A popular topic on Wednesday was a shockingly large outflow from equity funds in the latest reporting period by the Investment Company Institute. The association estimated that U.S.-based mutual funds lost $16.3 billion in the week ended October 19. That’s the fifth-largest weekly outflow in nearly 10 years (see stunning chart below). 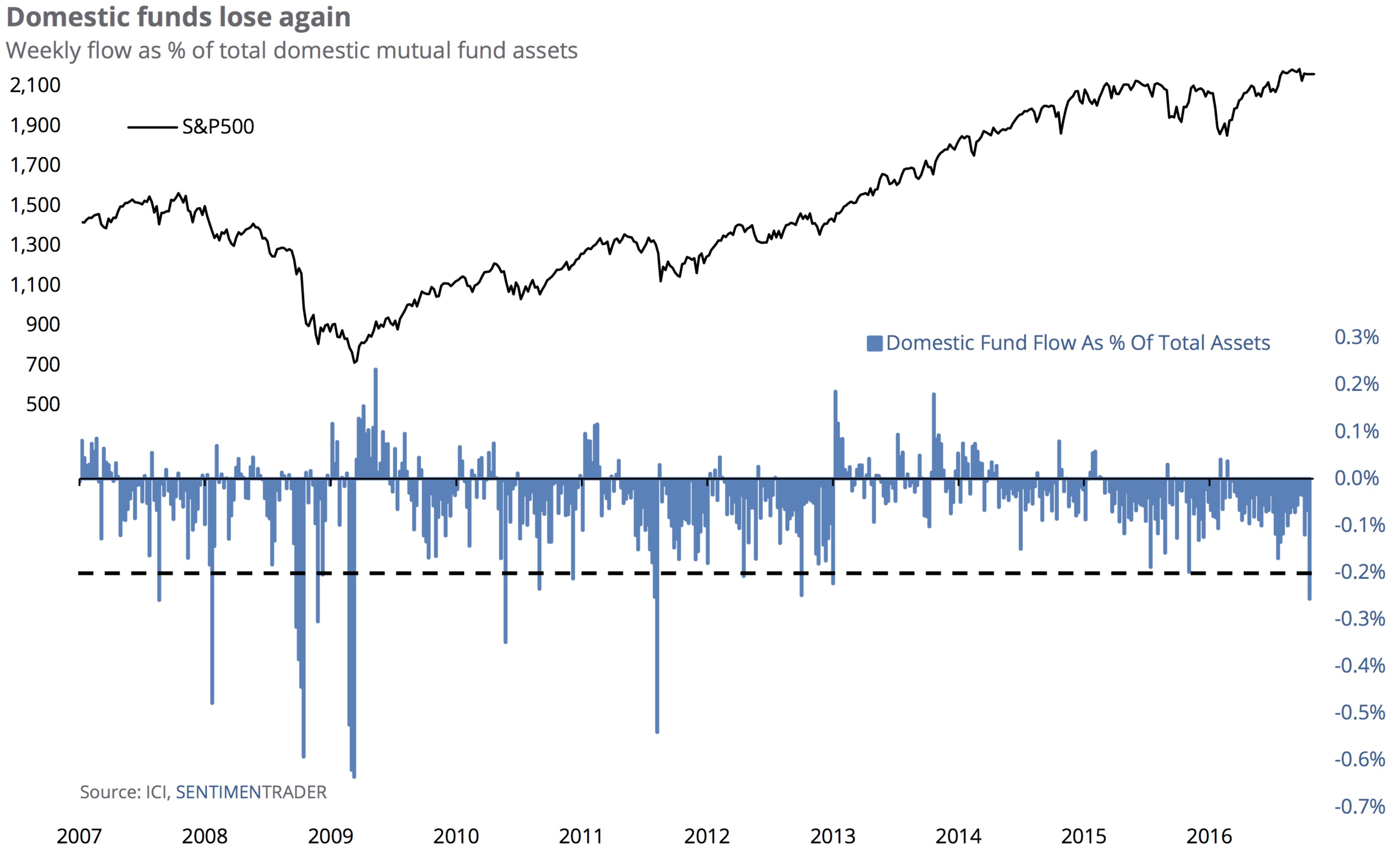 … There is a strong tendency to be a knee-jerk contrarian, see that headline number of a $16 billion outflow, and automatically conclude that investors have panicked and it’s time to buy stocks.

An immediate concern for the knee-jerk conclusion is that the last time we saw such a large outflow as in November 2015, immediately leading to a large correction in the market. Since 2011, the six occurrences led to a positive return a month later only two times, despite the persistent uptrend in stocks. Large outflows during the 2008 bear market proved to be terrible contrary indicators as well.”

Gold Has Been In A Strong Consolidation, But Here Are Some Really Big Surprises