On the heels of the metals markets rallying, stunning things are happening behind the scenes in the gold and silver markets.

November 13 (King World News) – Alasdair Macleod:  Gold and silver prices were smashed last Monday, when it was announced that Pfizer had produced a drug that was 90% successful in treating covid-19. Wall Street soared with the Dow up 1,500 points at the opening, and the dollar’s trade-weighted index rose by about 0.7%. The logic behind it all was tortuous, to say the least.

On the week, gold fell $71 from last Friday’s close to trade at $1880 in European morning trade today, and silver fell $1.27 to $24.33 over the same time frame. Except on Monday when the excitement happened, volumes were otherwise subdued. 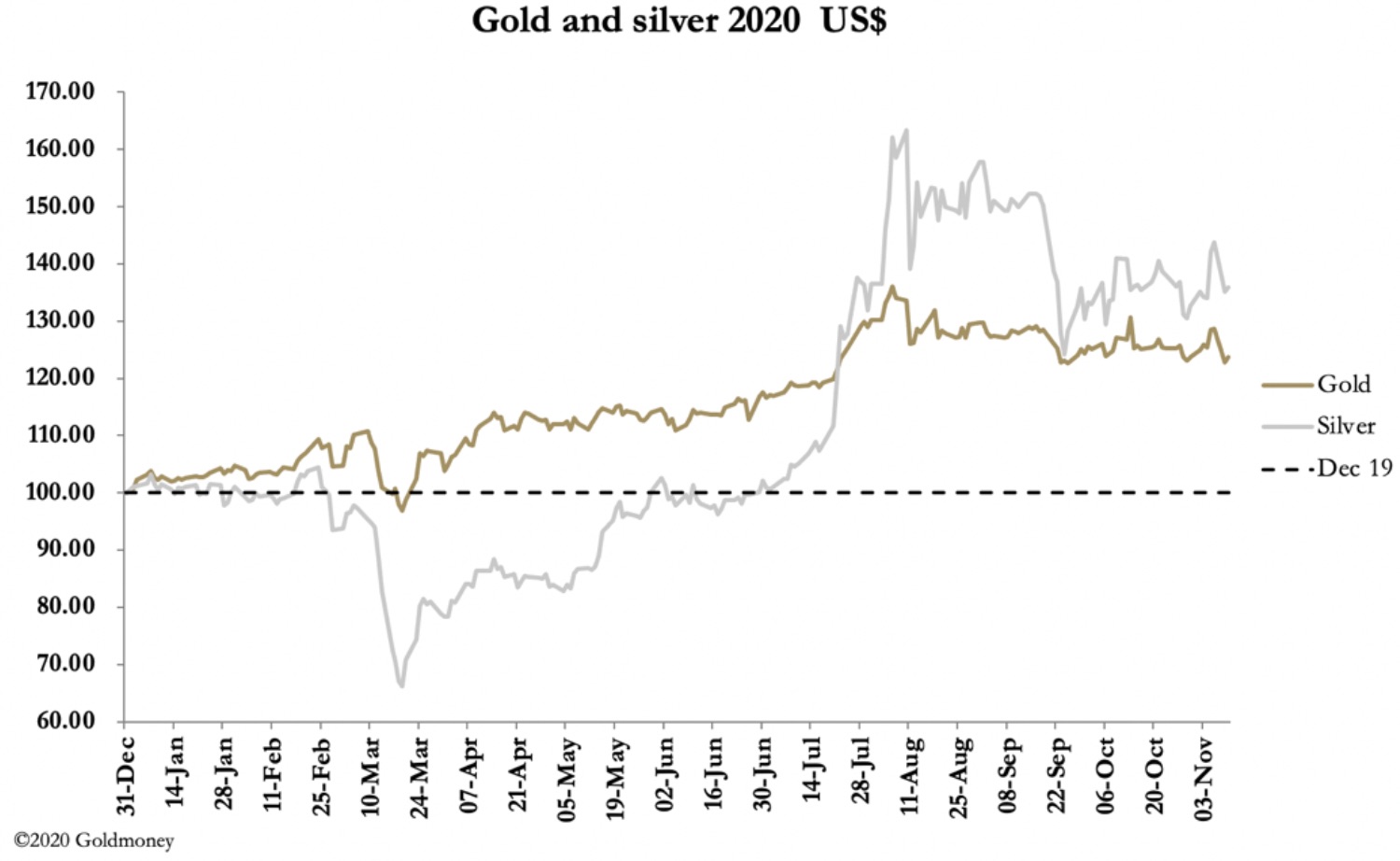 There can be little reason for both metal prices being knocked so hard other than the vested interests of the bullion banks. The chart below explains why.

Since the fourth quarter last year the bullion bank trading desks (Swaps category on Comex) have struggled to reduce their short exposure from record levels. This gives them notional liabilities of $38 billion — well over a billion dollars each on average…

The Last Time…
The last time they made a concerted effort to contain this problem was in March, when they drove the gold price down from $1700 to $1450. In the process they futures went to a discount to the physical market, which encouraged the Other Reportable category — essentially outsiders — to buy futures and take delivery as a means of acquiring cheap bullion. When it became clear what was happening, unprecedented premiums arose on Comex as market makers were forced to obtain bullion for delivery on the expiring April contract. The price rose strongly from the late-March low and before mid-April had recovered all the mark-down losses.

Following last Monday’s markdown, discounts relative to spot returned to the Comex contract and some similar developments to the March fiasco are observable. The end of this month sees the last day of trading for the active December contract, a similar situation ahead of the April contract in late March. Deliveries into the physical market are being delayed as a consequence of the second covid wave, with refinery staff sick and isolating. Though not reported, a similar situation could be affecting supplies to refineries.

In short, the bullion banks’ monopolistic attempts to steer markets lower look like being unsuccessful and likely to end up launching gold prices significantly higher as a result.

Silver Shortages
Having kept a level book in silver, the bullion banks are now drifting into short positions at a time of virtually no physical supply, and is illustrated in our next chart.

Within hours KWN will be releasing a very important audio interview discussing a shortage in the silver market and surprises to expect as the gold and silver markets take off to the upside.