It is with great sadness that we report the passing of legendary newsletter writer Richard Lion Russell on Saturday, November 21.

It is with great sadness that we report the passing of Richard Lion Russell on Saturday, November 21. Richard had gone to the hospital a week earlier with abdominal pain. He was diagnosed with blood clots in the leg and lungs and other untreatable ailments, but was able to return home under hospice care. He spent his last days surrounded by family and visited by close friends.

Richard had struggled for years with a terrible fear of dying, and held on for many days. We had a remarkable family bonding experience as we held a vigil at his bedside. We had a lot of time together to express our great love to him, speak to him from our hearts, both individually and collectively, and do a lot of crying and loving touch. We played soothing music and burned his favorite incense. He was not able to talk for the last few days but would respond by a look or a squeeze of the hand. We tried to clear any pain or judgments between him and us with divine forgiveness. We knew that Richard forgave us; he was such a forgiving man.

His children Daria, Betsy, Ryan and Lauren were there, plus spouses Mike and Taylor, second wife Paula, and grandsons Nick and Jake. His other grandchildren, Duke, Vinnie and Nina were out of the country, but communicated by letter and phone. His first wife, Connie, had been living with him, and checked on him frequently. Richard was visited by former wife Faye and a number of close friends. Many others, including his beloved sister Kate, communicated by phone and text.

His caretakers, Edith, Robin, Sharon and Monica were heroically devoted to him. We have such admiration for their professional and nurturing care. They cared for him with infinite patience, good humor and affection for many years.

Richard wrote for Dow Theory Letters almost every day of his adult life, mailing the letter out faithfully every ten days to three weeks beginning in 1958. In 1991 Dow Theory Letters began publishing online, which allowed Richard to write daily. This he did until about a week before his passing. Dow Theory Letters was the longest investment letter in the industry continuously written by the same person.

Richard had a great love for and devotion to his subscribers, and shared his personal journey with them. He was always intensely interested in psychology, emotional health and the brain, and participated in psychotherapy from early adulthood.

Richard’s life took a spiritual turn after the end of his third marriage. He became obsessed with the work of Louise Hay, and listened to many of her CDs over and over. “Loving oneself” became a topic of great interest for him. Then his attention turned to Emmet Fox, a great spiritual teacher from the period of his youth. He read many of Emmet Fox’s books, and Emmet Fox’s Golden Keys to Successful Living by Herman Wolhorn became his bible.

As he grew older, Richard’s World War II service became increasingly important to him. He wrote memorable stories about his war experiences that many subscribers loved, and at times Richard enjoyed being wheeled around La Jolla wearing his World War II Veteran hat, and receiving thanks for his service from many that he passed.

We all prayed for Richard to have a peaceful passing. We are confident that with all the spiritual work he did in the last few years, he had a joyful transition to the world of love and peace of mind that he so diligently sought, and endeavored to share with his beloved subscribers.

Some of Richard’s subscribers feel more like pen pals, because many of you have poured out your hearts to Richard through emails or letters from time to time, or given feedback or advice. We have been honored to receive these communications, and Richard was always grateful to read them. We have an amazingly distinguished group of subscribers with wisdom and expertise in so many fields.

Dow Theory Letters was anticipating Richard’s retirement, and a transition plan had been underway for several months under Richard’s direction. We will update you with more details tomorrow. Your subscription will continue uninterrupted.

We are also in the process of creating an online memorial where subscribers and others may reminisce about Richard Russell, Dow Theory Letters, or their own lives, or offer condolences. Details will be forthcoming.

If you have any questions, we are here to help. Please email your phone number to [email protected] and we will get back to you as quickly as possible.

Blessings to all of our cherished subscribers – 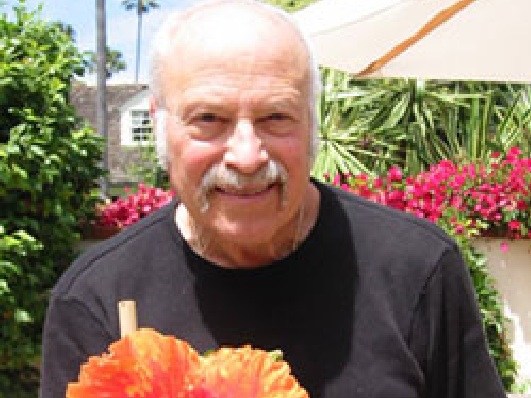 The Godfather Of Newsletter Writers

King World News note:  I was truly hoping that Richard Russell could have lived through this chaotic cycle that is unprecedented in world history because his wisdom would have continued to be a guiding light in a corrupt world.  There is no one to replace him.  Russell lived through the Great Depression, somehow survived flying bombing missions over Europe in World War II, and was the oldest and longest publishing financial newsletter writer in history.  He really was the Godfather of newsletter writers.

This kind of tragedy puts things into perspective.  As the holidays approach, we encourage all KWN readers around the world to be thankful for your health and the loved ones around you. ***ALSO READ: The Final Warnings And Thoughts That Richard Russell Shared With His Subscribers CLICK HERE.

Extreme Fear Is Now Beginning To Take Hold, Plus A Bonus Interview About Gold & Silver Markets