Here is a look at silver and housing.

Peter Boockvar:  Existing home sales in May, likely reflecting many contracts signed during the January thru April time frame, totaled 5.8mm annualized, a touch above the estimate of 5.73mm. That though compares with 5.85mm in April, 6.01mm in March, 6.24mm in February and 6.66mm in January. 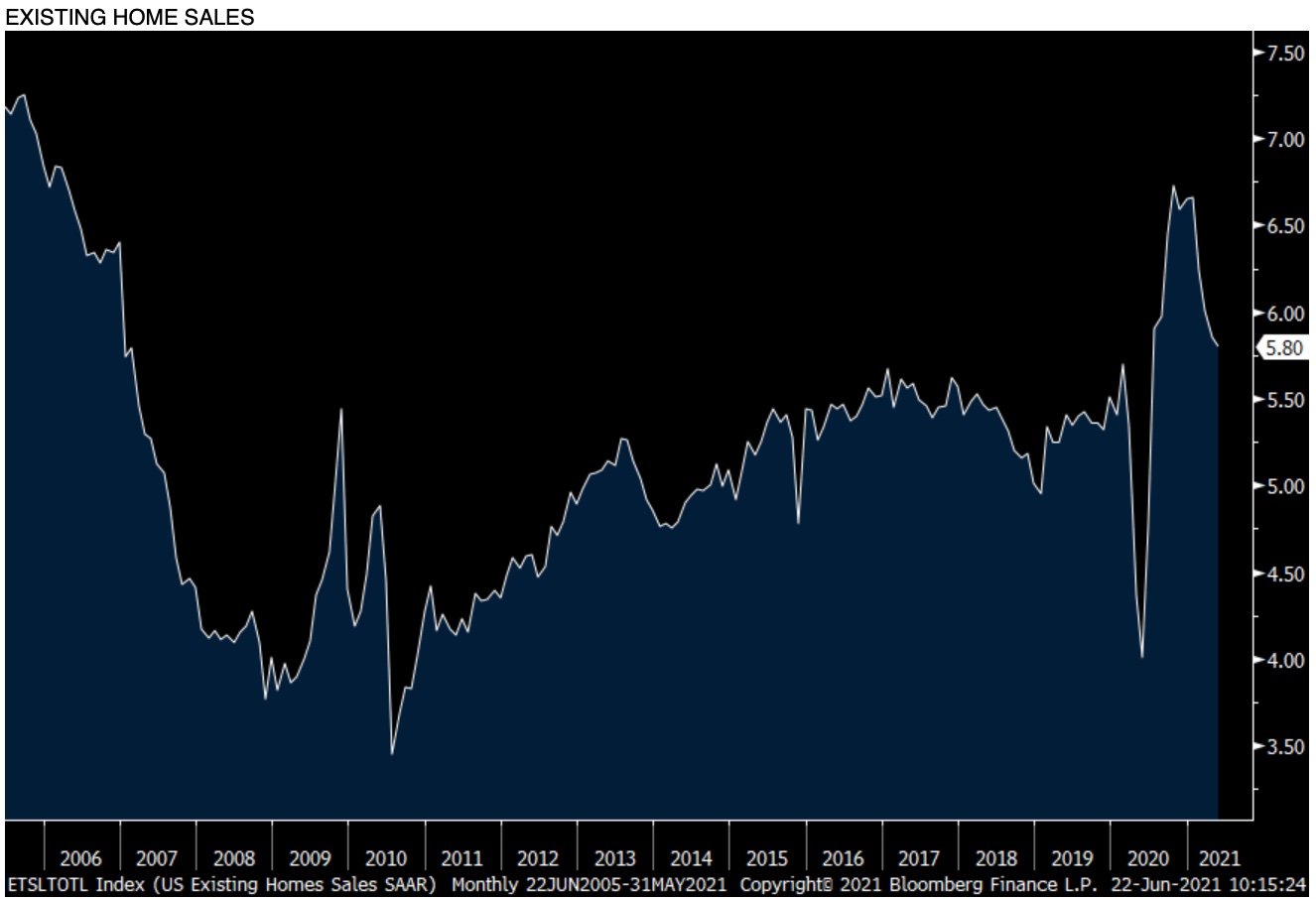 The slowing rate is in response to low inventory and aggressive price increases. With a lift in the number of homes for sale as is always the case come spring, months’ supply rose to 2.5 from 2.4 and which compares with the long term average of 6 months.

The median home price is now rising by a 24% pace with an average rate of 17% as we’re seeing big jumps in home sales priced above $500k. Taking out the influence of mix likely has home price gains between 13-15% which is out of control. 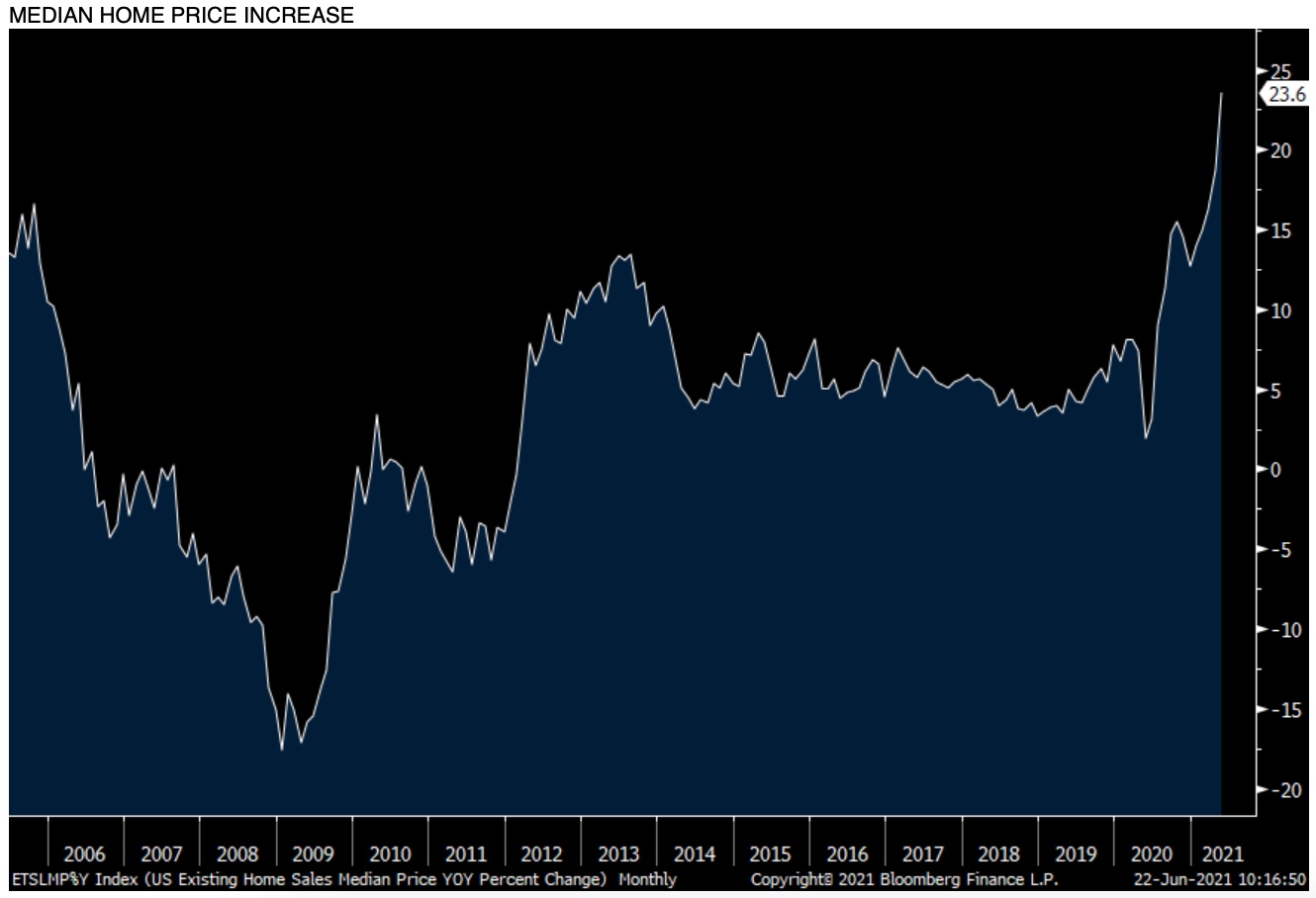 Those aggressive price gains is why 1st time buyers make up just 31% of purchases, the same level for the 3rd month in the past 4. There was a time, now long ago, that it was around 40%. The NAR said “Lack of inventory continues to be the overwhelming factor holding back home sales, but falling affordability is simply squeezing some 1st time buyers out of the market.”

Just when one thought that the Fed learned the housing lessons of the mid 2000’s, they’ve obviously learned nothing other than getting rid of no doc loans and boosting bank balance sheets. Not much else as housing is now becoming ever more unaffordable for those the Fed claims they are most trying to help. And now natural buyers are competing even further against the yield grabbing private equity industry as evidenced by the Blackstone news today with their purchase of Home Partners of America for $6b that owns single family rental homes.

HOPEFULLY, someone in Congress today challenges Powell on the state of the housing market and the Fed’s influence. What the Fed doesn’t understand that at this point their so called ‘powerful accommodation’ is now responsible for slowing down the most interest rate sensitive part of the US economy.

GOLD & COMMODITY BULL ALERT! Full China Reopening Will Be A Major Story Of 2023