From Jason Goepfert at SentimenTrader:  “Looking at the flows for August, a few things stood out. Most notably, the continued big inflow into Technology and corporate bond funds. Over the past 12 months, both have seen record inflows. 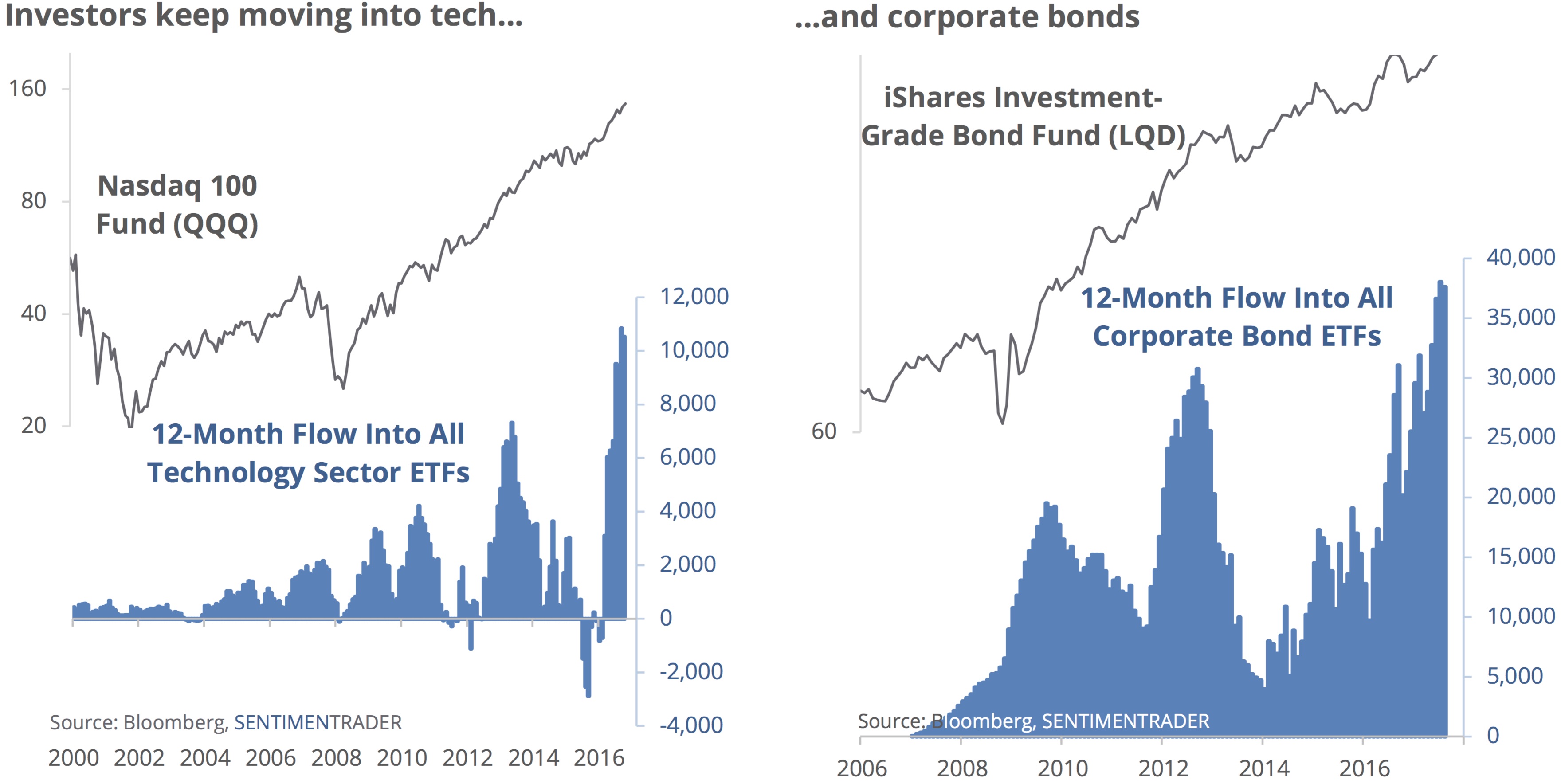 Gold Breaking Out
Most of what we follow for gold has been neutral for the past month as the Risk Level recovered from what had been low levels. Now that the metal is breaking out to its highest price in nearly a year, we should see some of those measures quickly show more optimism.

An initial sign is that traders are rushing into the GLD fund. It took in more than $600 million on September 1, and averaged an inflow of more than $200 (million) per day over a 5-day period. 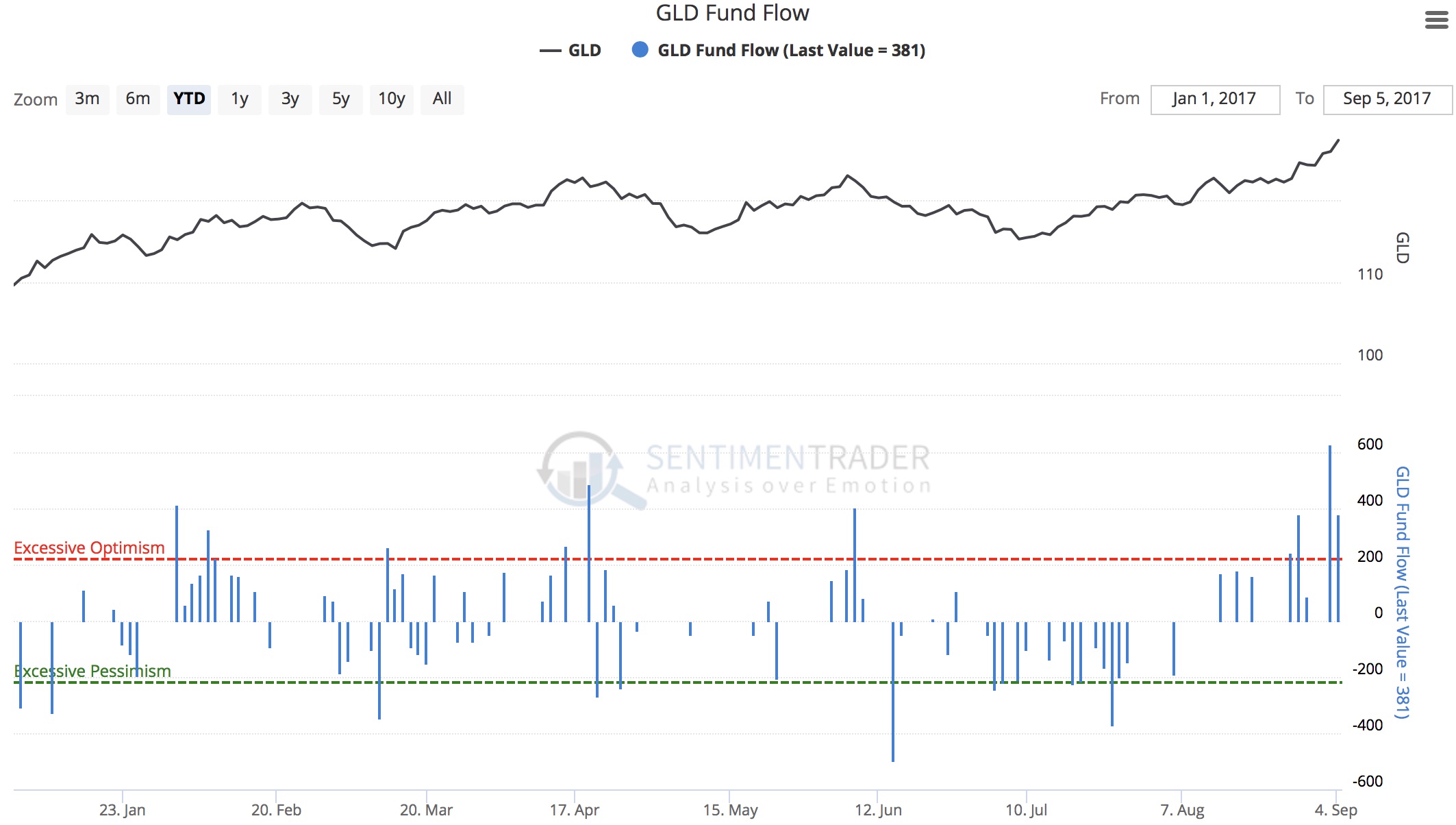 That has led to poor returns over the next month, and a win rate of only 36%, so that’s a minor negative. Overall we don’t have a good edge here…

The Bottom Line
The bottom line is that very few investors are participating in the early stages of the next leg higher in the secular bull markets in gold and silver, and from a medium- to long-term perspective, this is extremely bullish.  This is typical as bull markets climb a “wall of worry,” taking as few riders with them as possible.  Be patient and don’t let the market gyrations shake you out of your positions.