DON’T BELIEVE PROPAGANDA: Economic Armageddon On The Way Plus A Gold Surprise

Don’t believe the propaganda because the chart below suggests economic Armageddon is on the way, plus a golden surprise. 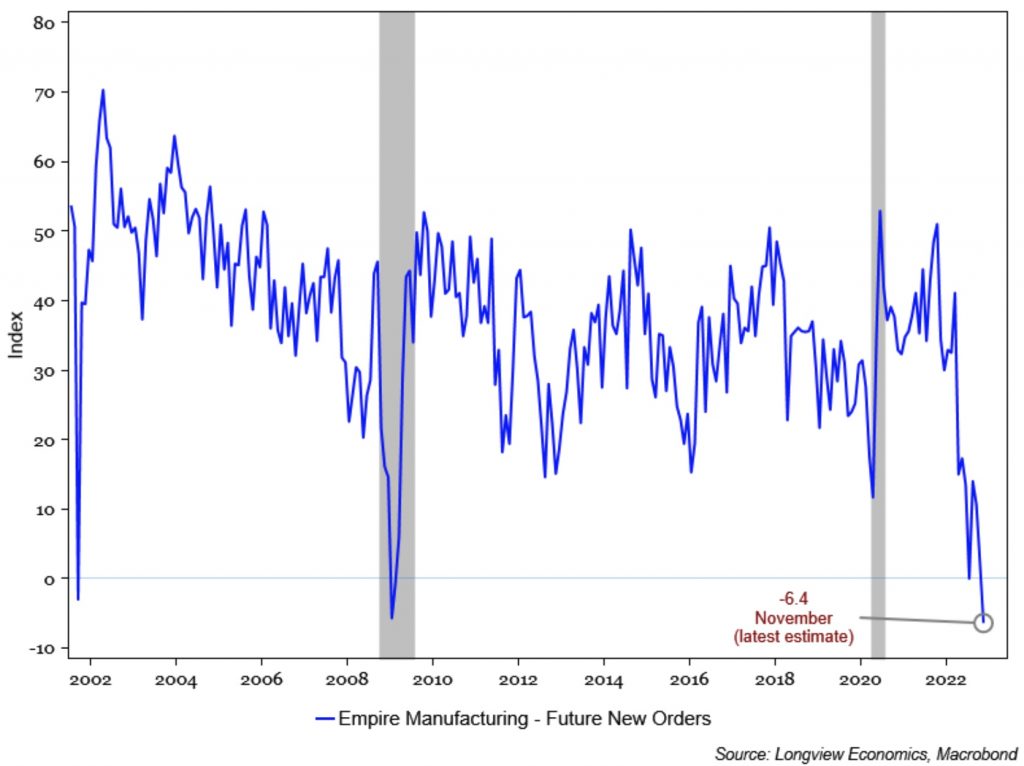 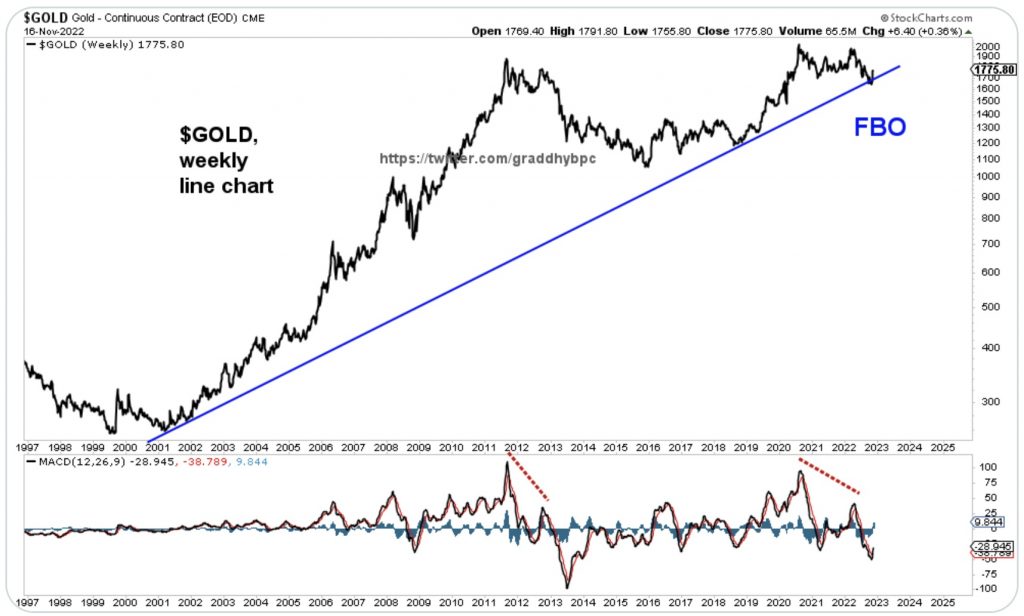 It’s Official
Otavio Costa:  It’s official. The US Treasury curve is now more than 70% inverted. In the last 50 years of history, every time we have surpassed this threshold a recession followed.   We are now at 76% with the Fed still hiking rates and doing QT.

Something Very, Very Bad Is On The Way 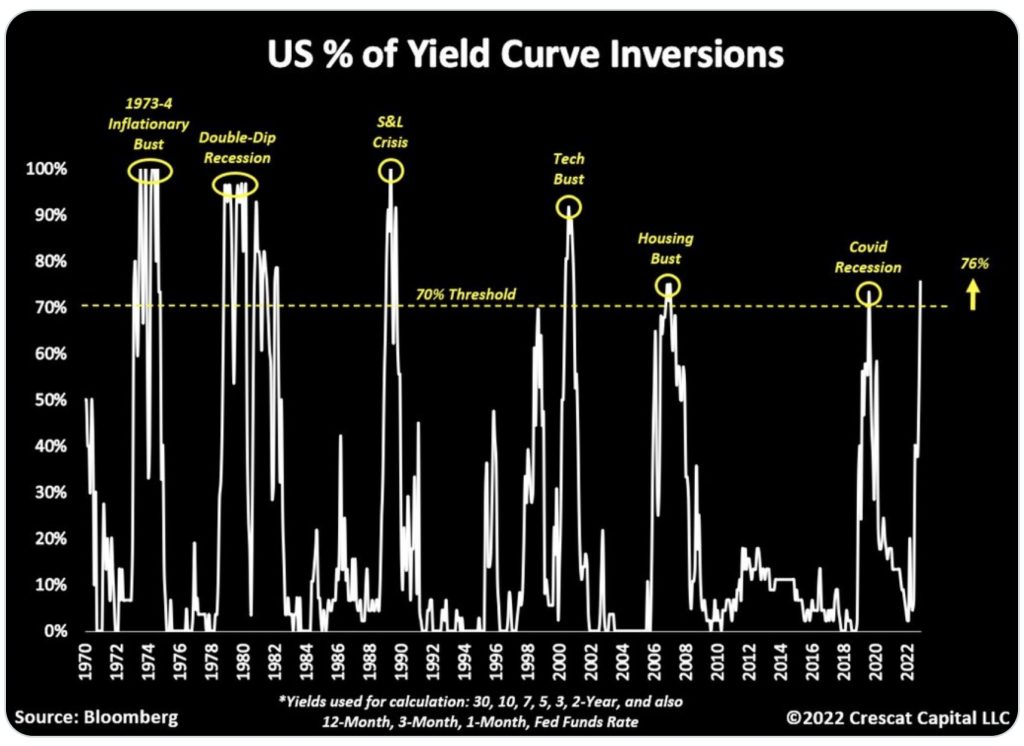 Gold
Graddhy out of Sweden:  This chart shows how undervalued gold is relative to the US currency supply. And since gold is the hedge against currency debasement and since inflation is caused by an increase in the currency supply, this chart has a VERY long way to go. Do not underestimate this chart. 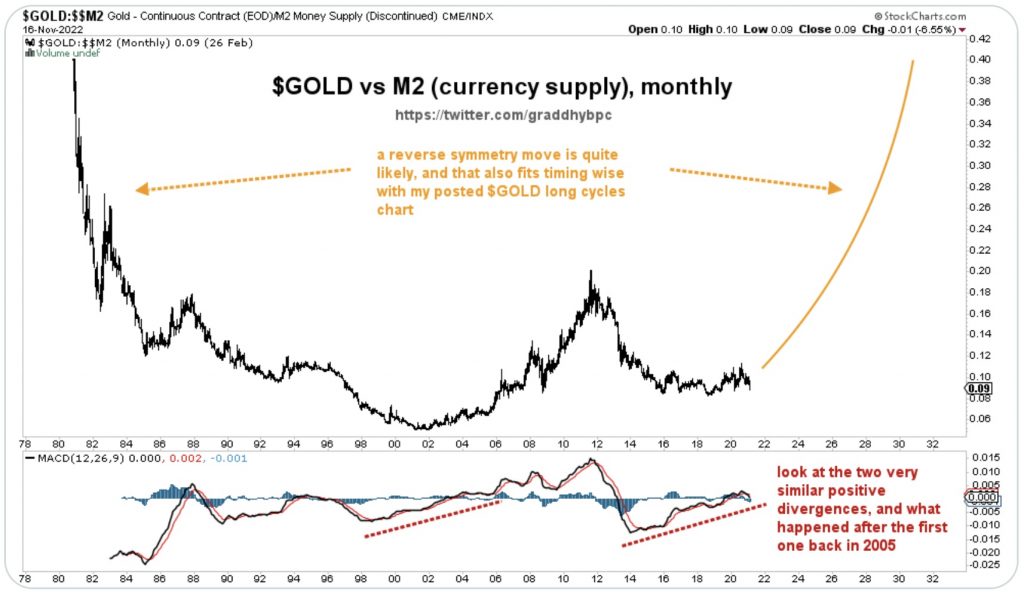 All Over The Map
Peter Boockvar:  Before I get to the economic data, I just want to comment (rant) on St. Louis Fed president Jim Bullard and his comments today. Firstly, Bullard in his career as a Fed president has been all over the map, dovish, hawkish, weak knees in the face of market selloffs and tough leather too when markets go down. In other words, there has been nothing consistent over his many years although he certainly was right on inflation and the need for tighter policy over the past two years. But what he says now is irrelevant for markets because he doesn’t vote next year and thus has one meeting left.

Nonetheless, his comment today that interest rates might have to go to 7%, according to ‘policy rules’ to be sufficiently restrictive is now Bullard going overboard. He also said:

“Thus far, the change in the monetary policy stance appears to have had only limited effects on observed inflation, but market pricing suggests disinflation is expected in 2023.”

Direct Impact
As a reminder to him too, changes in interest rates DIRECTLY impacts those sectors that are dependent on interest rates, like housing and autos and has Bullard seen what’s going on with housing and autos? Did he see the 20 print for Prospective Buyers Traffic in the NAHB builder survey yesterday when the breakeven is 50? The auto sector is rolling over and the drop in used car prices is the initial signs because it’s become completely unaffordable for some to buy one. Housing and autos combined are a HUGE piece of both the inflation stats and the US economy. Now, things that are not so dependent on interest rates directly and only indirectly, well that follow thru will take time but it will still happen.

To those trading US Treasuries this morning directly on Bullard’s comments, fade them and find another reason to be bearish.

Speaking of housing, single family starts in October fell to just 855k, down from 911k in September and that is the least since May 2020 in the depths of the Covid shutdown. This squares with what we saw in the builder survey yesterday. 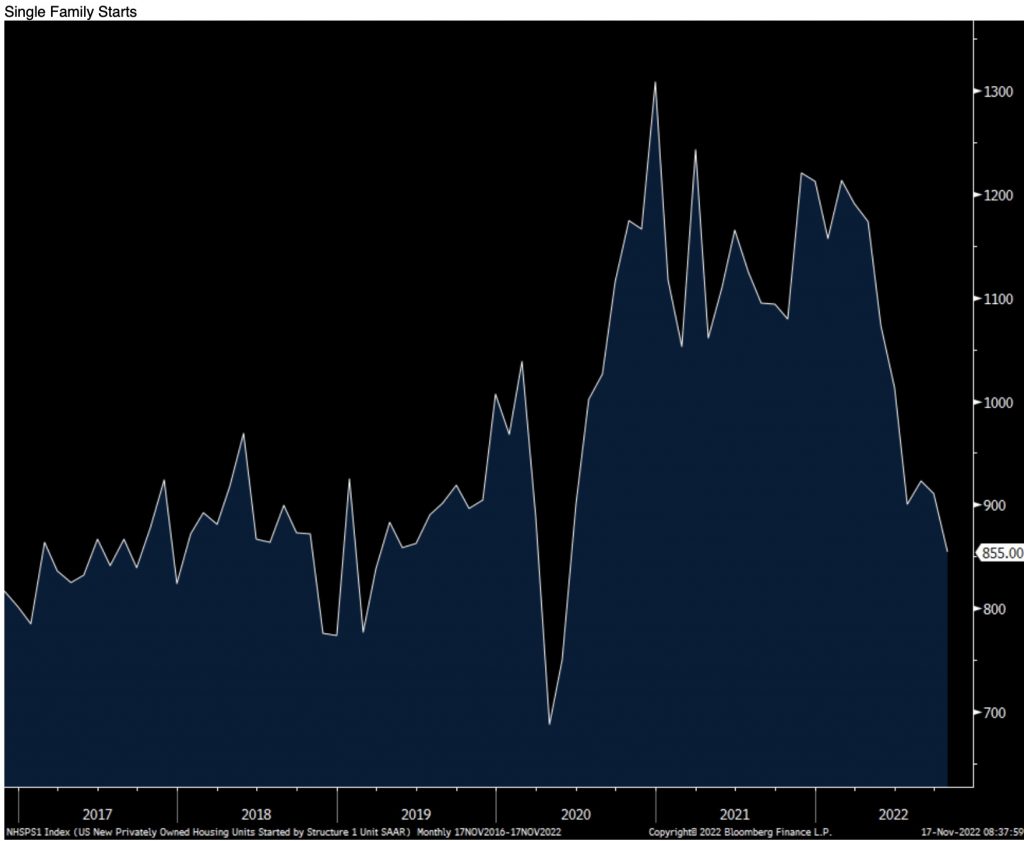 Multi family continues to be where the strength is as more rent when they can’t afford to buy. Starts here held steady at 570k vs 577k in September.

Single family permits also deteriorated, shrinking to 839k from 870k last month and vs 900k in the month before, 932k in the month before that and over 1mm back in May. That is also the lowest since May 2020. Again, multi family stood out by holding steady at 687k vs 694k in September and vs 642k in August.

Bottom Line
The bottom line is obvious at this point, the pace of single family transactions, whether via new builds or the sale of existing homes, continues to shrink and multi family remains strong because of the solid demand for rentals. That said on the last point, the pace of rental price increases is clearly slowing as there are limits here too on what people can afford.

While the NY manufacturing November index got back above zero (although the internals were weak), the Philly index deteriorated further to -19.4 from -8.7. It’s now negative for the 5th month in the past 6. 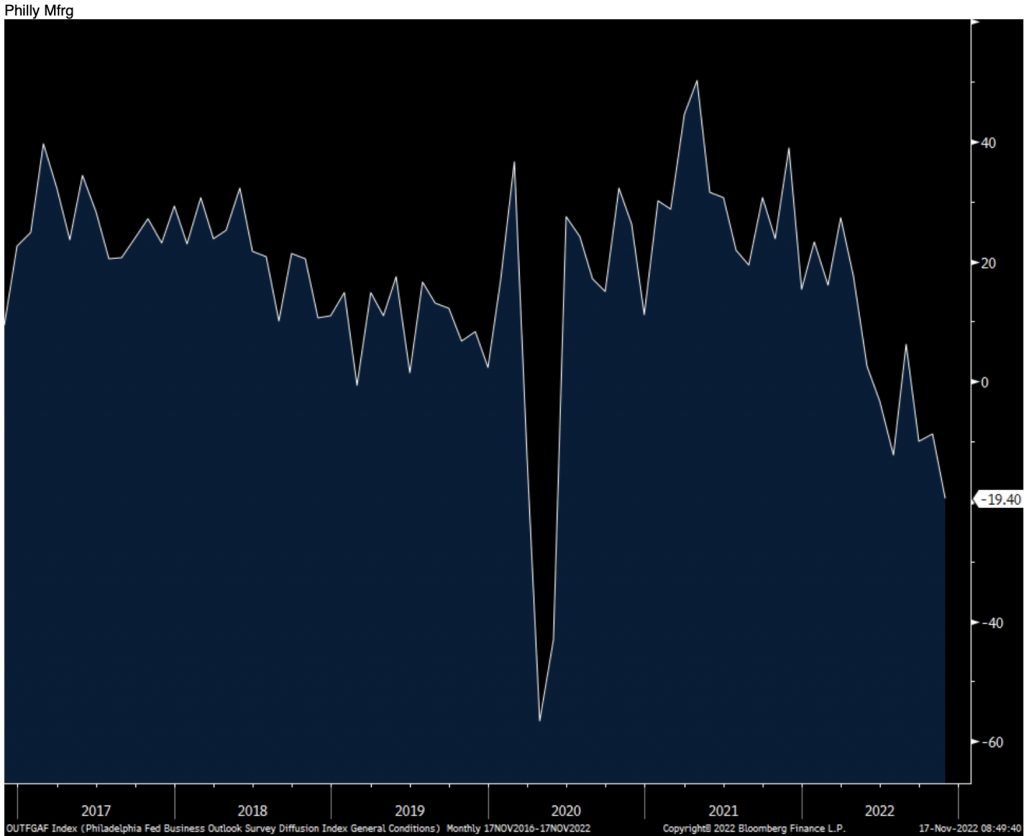 New orders are now deeply negative for the 6th straight month at -16.2. Backlogs were -22.9, also in contraction for 6 straight months. Maybe the build in inventories is getting worked off, as hinted by Walmart, as they are negative for the 5th month in the past 6. Employment weakened to 7.1 from 28.5 and the work week is barely above zero at 1.4. Delivery times were less negative while prices paid fell a touch but rose to a 5 month high for those received.

The 6 month business outlook was -7.1 from -14.9 last month but in contraction also for 6 months in a row. Price expectations fell m/o/m. Capital spending plans rose 2 pts but at 6.4 is still below its 6 month average.

Bottom line, this is some really weak manufacturing data.

The Right Deal at the Right Time
Zacatecas acquired the Esperanza Gold Project via a transaction with the well known and extremely successful Canadian mining company, Alamos Gold. Through the transaction, Alamos has become the largest shareholder of Zacatecas and joined a notable list of previously announced investors in the company such as industry legend and billionaire, Eric Sprott. Insider purchasing has also been steady over the past several months with Zacatecas CEO Bryan Slusarchuk regularly purchasing shares in the open market as well as investing in the last financing which raised more than C $19 million at C $1.10 per unit. Slusarchuk and the great team he works with is no stranger to buying assets when the precious metals space is unloved. Prior to the acquisition of Esperanza, he was co-founder and former President of gold producer K92 Mining which acquired the Kainantu Gold Mine from Barrick Gold in what was perhaps one of the best and most lucrative industry transactions by a small company in recent memory.

Some of the World’s Best Mining Investors Betting on Zacatecas
The world of mining is a high risk and high reward universe. The last financing conducted by Zacatecas was done at a big premium to where you can buy shares today. That financing was oversubscribed with strong demand from specialist precious metals investors and included investments from the likes of Zacatecas CEO Bryan Slusarchuk, Director John Lewins and Director Charles Hethey. With more attention now on the gold space, Zacatecas is attracting attention as they rapidly check the boxes at Esperanza, advancing it towards production. Zacatecas Silver, symbol ZAC in Canada and ZCTSF in the US.