With gold and silver consolidating recent gains, today James Turk told King World News that the price of silver is going to shock the world in 2016!

James Turk:  “There has been an important development in the precious metals since we last spoke, Eric.  Silver has finally begun to show some independent strength and is starting to outperform gold. We can see this outperformance in the gold/silver ratio…

James Turk continues:  “When gold reached its low price back in December, the gold/silver ratio was 75. In other words, it took 75 ounces of silver to equal one ounce of gold.

Then, later in December and into January, gold began climbing, but did so at a pace more rapid than silver.  As a consequence, the gold/silver ratio rose toward 80 (see historic 50-year gold/silver ratio chart below). 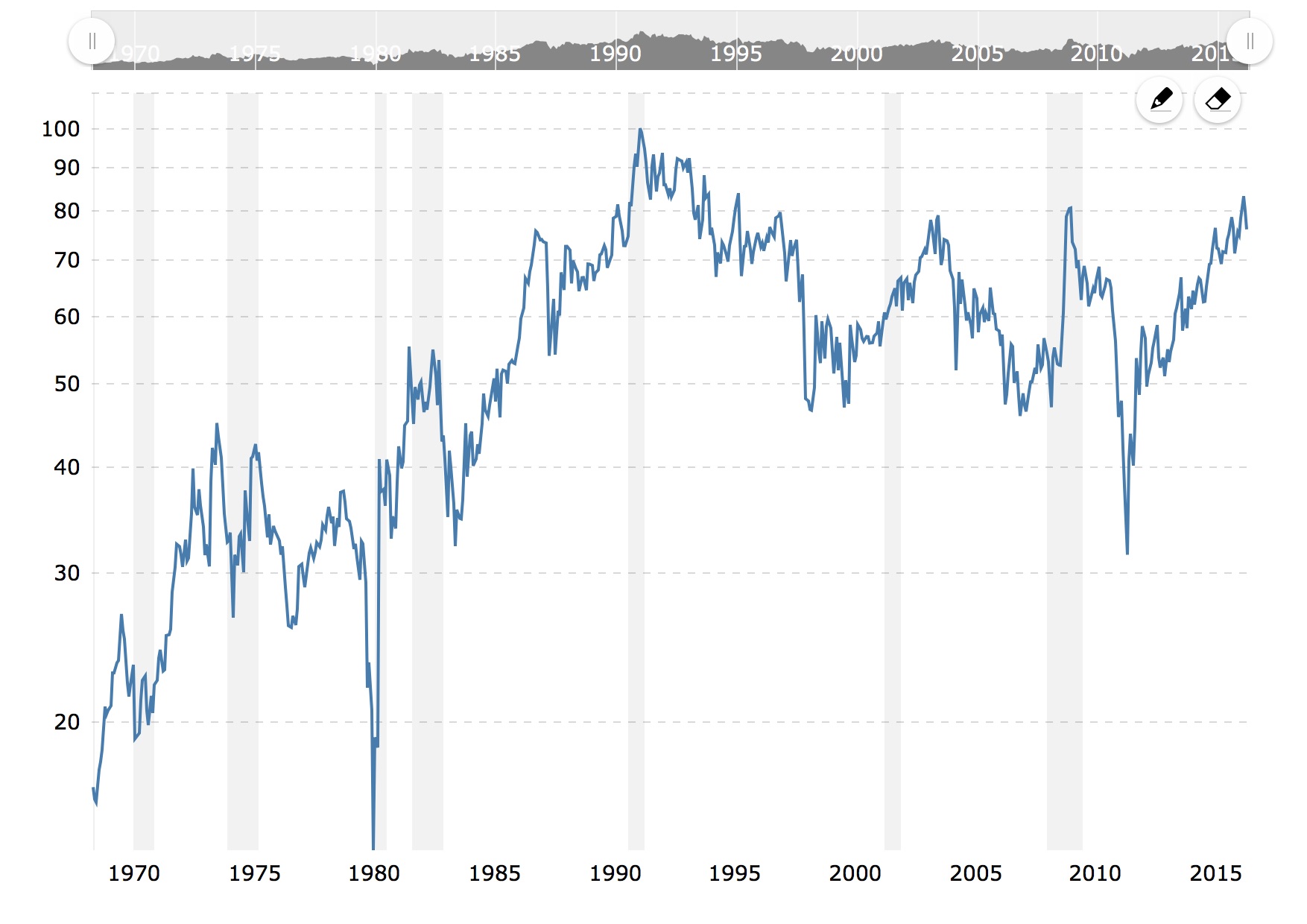 The ratio kept moving higher and eventually reached 84 on March 1st, even as gold kept climbing, which was very unusual.

Normally silver leads at the beginning of any new bull market.  So one would normally expect the ratio to fall. But it wasn’t doing that, which was worrying me even though the ratio was at long-term overhead resistance.

You will recall our discussion about the 80 level on February 29th, and the long-term chart of the ratio I used to illustrate how important it was that the ratio hold the 80 area.

So there is now some really good news.  First, resistance at 80 not only held, but has been thoroughly tested as well. Second, the ratio is starting to fall just like it should be expected to do.

The reason the ratio falls in precious metals bull markets is that the silver market is thinner than that of gold.  Meaning, new purchases coming into the silver market can have a bigger impact on the silver price than the same amount of money going into gold.  It also means that silver is more volatile than gold.

We saw that volatility in 2011.  After the gold/silver ratio fell to 32 in April, it then rose to 57 in December of that year.

A Silver Shock In 2016
So to conclude Eric, as I said back in February, I am much more bullish on silver than I am on gold.  More importantly, the downtrend in the gold/silver ratio that I have been waiting for is finally starting to develop, and my confidence is growing that silver is going to shock the world in 2016 with a skyrocketing price that even the silver faithful will find stunning.”