Today one of the wealthiest, street-smart professionals in the markets, who is also business partners with billionaire Eric Sprott, warned King World News that the Greek crisis will unleash chaos in world markets.  He also spoke about what is happening in the gold market.

“I think a Greek default would be a wonderful outcome.  Entities who participated in the Greek debt with the point of view that the rest of the world should bail them out should get what’s coming to them — good and hard.

A Return To The Drachma?

And from Greece’s point of view, a return to the drachma would force austerity on the Greeks.  Of course this is a moral point of view and it may not happen.  What will happen is both sides will continue to kick the can down the road.

The people who end up paying for the idiocy of the European banks will be the European taxpayers, who will ultimately be thrown under the bus by the European politicians.  But there is plenty of room between now and a year from now for this crisis to roil all types of markets, in particular sovereign debt markets.” 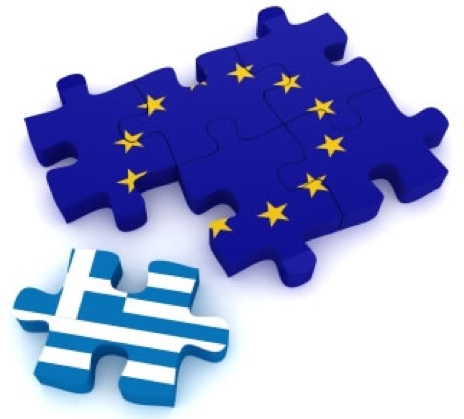 Eric King:  “What happens if Greece leaves the euro system?”

Rule:  “In the near-term, anything that damages confidence, especially given the over-leveraged nature of financial markets, will create chaos in the global markets.  Meaning, this would be very damaging for debt and equity markets worldwide.”

Eric King:  “What about the action in the gold market?”

Rule:  “There are only two negatives I can see for gold:  One is the continuing strength of the U.S. dollar in the absence of any viable competitor.  The other is some black swan event that would cause some sort of liquidity crisis on a global basis.

Gold Locked In A War With The Dollar

Both of those things worry me but in truth, Eric, I’m feeling more positive about the gold market than I have for a substantial period of time.  Right now gold is locked in a war with the U.S. dollar but gold doesn’t even need to win that war, it just needs to lose it a little less badly.

Gold Will Win The War

And when I look at the negative real yields on sovereign securities, including the U.S. 10-Year Treasury, I can’t help but think that the gold vs the dollar war is one that arithmetically gold will win.

Short-term calls on the metal are difficult but longer-term I certainly feel better having gold as part of investment matrix.  I think anybody who looks at the global situation and who can add and subtract would come to agree with me that gold has a very, very bright future.” ***ALSO JUST RELEASED: Andrew Maguire – Sovereigns Aggresively Buying As Massive Tonnage Of Paper Gold Liquidated In Minutes! CLICK HERE.