With gold rallying above the key $1,300 level and silver breaking back above $17, is this why the rally in gold and silver is happening?  Today King World News is reporting on a shocking game-changer in the gold and silver markets that is now unfolding.

Eric King:  “Keith, as you know the mid-cycle correction in the gold bull market ended last year.  It was more brutal in terms of duration (over 5 years) vs what we saw in the mid-cycle correction in the 1970s.  I don’t know what it is about this leg of the secular bull market in gold where we are having this correction, but some people are losing it and these are people who have been in the market for 20, 30, 40 years.  There is just something about sentiment in the gold and silver markets right now where some market veterans can’t handle the normal pullbacks, shakeouts, whatever you want to call them, and the usual drama that you see in the gold market.  What are your thoughts on what’s happening?”

A Game-Changer For Gold & Silver Is Now Unfolding
Keith Neumeyer:  “The 5-year bear market was hard on everyone and I think the mining executives are probably the most resilient executives out of any industry in the world.  But 5 years is a long time and it was hard on everyone, especially the investors.  The bottom line was the mining sector had to change during that 5-year period and they have done a pretty good job to reduce costs, return to profitability and move with the tide.

The 5-year bear market really pushed everyone in the industry to make the necessary changes, and all the sudden early 2016 comes along and many high-quality mining stocks went up 300, 400, 500 percent….

Keith Neumeyer continues:  “Everyone was pretty excited and said, ‘Oh my God, finally the bull market is back again!’  And then, boom, in July/August of 2016, the surge ended.  Now stocks are down 50, 60, 70 percent from those highs.  There was a lot of optimism at that peak and now there is a lot of pessimism. Some are worried that no one really knows where we are.  They wonder, ‘Was that a fake out or the beginning of a new bull market?’  That’s the question everyone is asking right now.

The Beginning Of A New Bull Market
I believe we are at the beginning of a new bull market.  Investors are short-sighted.  People don’t remember what it was like going back to 2001, 2002, when gold hit $250 and silver was trading in the $4 area.  Then all the sudden the market lit up from 2002 to 2011.  But I would urge people to go back and look at the charts from that time period because there were some gut-wrenching corrections during that period of time.

I remember that 2006 was an absolutely brutal market.  In fact, we had several brutal markets over that 10-year period, yet silver hit $50, up more than 10-times in price, and gold went over $1,900, up 8-times in price.  So these kinds of moves are happening all over again and I think we are going into another 5 to 10 year bull market, and right now, Eric, we are just in one of those normal corrections.”

And the mining sector is tiny, so when the money starts flowing into the sector again, the sector will absolutely start to fly just like it has many times in the past.  But what happens to most investors is they wake up one morning and they realize the mining share market is already up 100 or 200 percent and they missed the move.  For me, I love to buy things that are on sale.  I love to buy things when no one wants them.  That’s what I’ve done throughout my career building companies.  In all those cases I acquired projects when nobody wanted them.

An Opportunity For Those Brave Enough To Act
And circling back to how bad the sentiment is in the gold and silver markets, Eric, let me just give you one example:  First Mining Finance (symbol FF in Canada and FFMGF in the US) just put out a remarkable press release.  First Mining’s Springpole project is one of the largest undeveloped gold projects on the entire planet.  This project is going to be a 300,000 ounce per year producer and it’s got a Net Present Value (NPV) of over a billion dollars.  And on a post-tax basis, it’s around $800 million with a 26 percent internal rate of return.  Those are unheard of numbers, and yet the market cap of First Mining Finance is under $300 million.  Well, the value of just this one asset is close to 3-times the current value of the entire company.  And the stock has basically been trading flat since that news was released.  This is just one example of where this a great opportunity for investors who aren’t afraid to act.”

Are Desperate Western Central Banks About To Unleash Financial Chaos And $20,000 Gold? 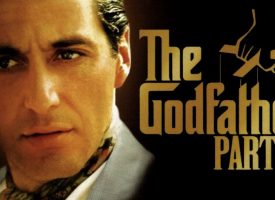