Today former U.S. Treasury official Dr. Paul Craig Roberts takes KWN readers on a trip down the rabbit hole of propaganda and a Budget Director, David Stockman, who would not listen and was wrong.

July 18 (King World News) –  Paul Craig Roberts:  Supply-Side economics burst onto the economic policy scene in Washington, D.C., on September 21, 1975 in the Sunday Washington Star in an article I had written for US Representative Jack Kemp that provided a supply-side economic basis for his capital formation bill. Subsequently, I generalized the supply-side approach when I realized that changes in marginal tax rates altered relative prices and could shift the aggregate supply side curve. Until that time, economists assumed that fiscal policy only impacted the aggregate demand curve.

Today 42 years after this article and 36 years after the passage of the Economic Recovery Tax Act that constituted the supply-side economic policy of President Reagan, there is still scant understanding of the economics that cured stagflation and enabled Reagan to pressure the Soviets to end the Cold War…

For example, in Wikipedia’s account Supply-Side economics is presented as a claim that cutting tax rates increases tax revenues. This is ignorant nonsense.

As the Assistant Secretary of the Treasury for Economic Policy, I had the central role in the implementation of Supply-Side economics. On US Representative Jack F. Kemp’s staff as economic counsel and in the House of Representatives as Chief Economist for the Republicans on the House Budget committee, I wrote the Kemp-Roth bill that addresses stagflation and that President Reagan adopted as presidential policy. As staff associate of the Joint Economic Committee in the US Senate I convinced some Republicans and the most important majority Democratic committee chairmen that Supply-Side economics was the way out of the stagnation trap. The first Joint Economic Committee annual reports endorsing Supply-Side economics came from committee chairman Lloyd Bentsen, a Texas Democrat. My book, The Supply-Side Revolution, peer-reviewed and published by Harvard University Press in 1984, explains the theory of Supply-Side economics and provides empirical evidence and the history of Reagan’s policy. 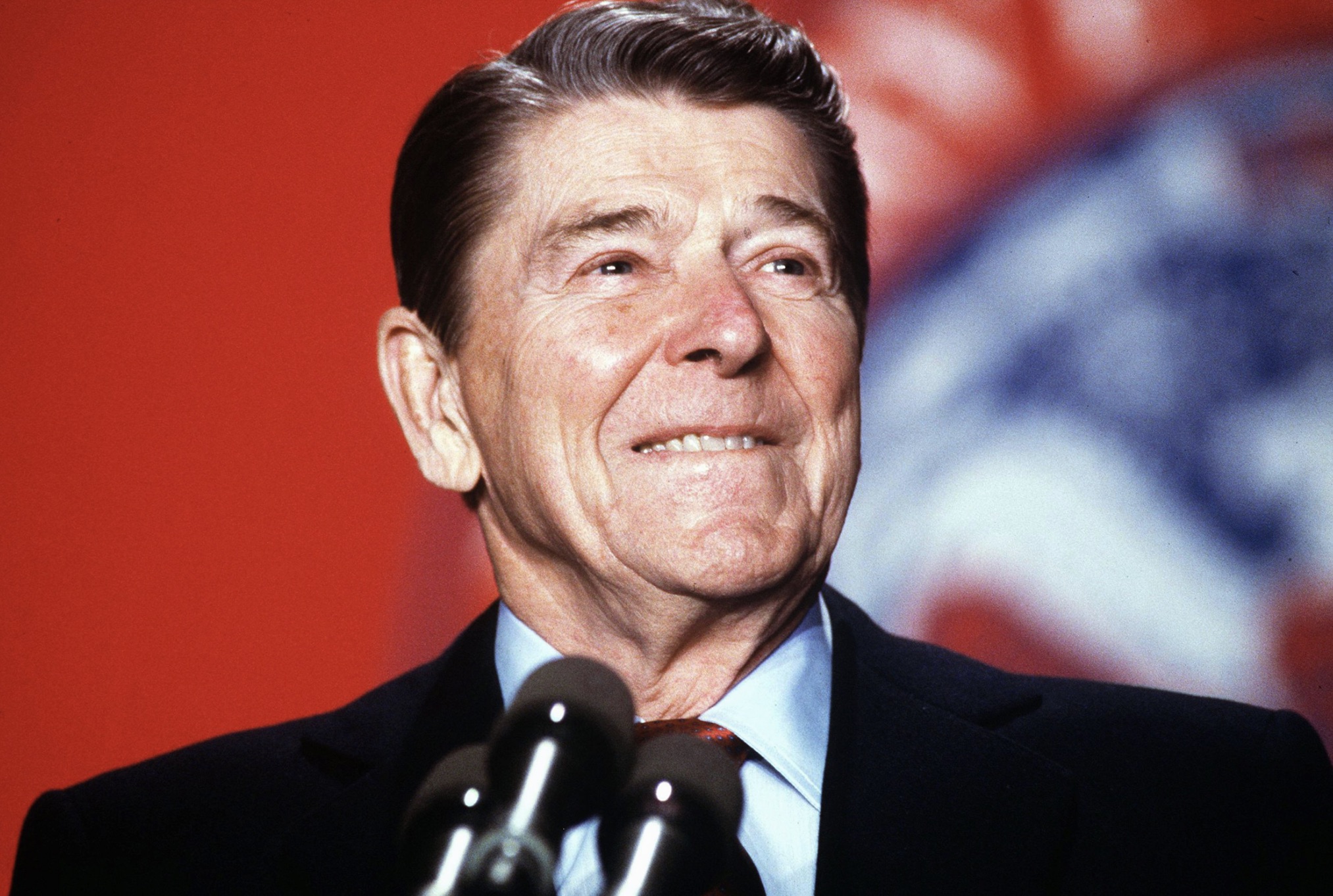 Letters From President Reagan
A few years ago Harvard University Press informed me that China had published a Chinese language edition of The Supply-Side Revolution. I have a copy on my bookshelf. On my wall hang letters from President Reagan thanking me for the implementation of the Supply-Side economic policy. On another wall is a letter from President Reagan to the French Ambassador and Finance Minister on the occasion of the ceremony that presented me with the French Legion of Honor for my service to economics. In his letter Reagan says “Craig is the architect of the economic policies of my administration.” I have the US Treasury’s Meritorious Service Award for “outstanding contributions to the formulation of US Economic Policy.”

The missing subject matter becomes even stranger when we take into account the fact that I wrote the peer-reviewed New Palgrave Dictionary of Money and Finance (Macmillan, London, 1992) entries on Supply-Side Economics and the Laffer Curve. The New Palgrave is the premier economic encyclopedia. It is extraordinary that anyone would be so careless as to write a Wikipedia economics entry without consulting The New Palgrave. I also wrote the entry for the McGraw-Hill Encyclopedia of Economics.

The Laffer curve is not a theory. It is not Supply-Side economics. It is an expository device that illustrates that both high and low tax rates can produce the same tax revenues. There is nothing wrong with this demonstration.

The economic policy of the Reagan administration was most certainly not based on tax rate reductions paying for themselves in increased revenues. The Treasury’s revenue forecast of the Reagan tax rate reduction was the Treasury’s traditional static revenue forecast that every dollar of tax cut would lose a dollar of tax revenue. In other words, it was a worse forecast of revenue loss than the Keynesian economists predicted. Keynesians predicted that some of the revenues would be regained from increased employment and output. Walter Heller, chairman of the Council of Economic Advisors under President John F. Kennedy said that the Kennedy reduction in marginal tax rates, on which Reagan’s reduction was modeled, paid for itself in increased revenues.

Possibly. But the Reagan Treasury—in which I was entrenched with two deputies of my choosing, US Rep. Jack Kemp’s support, President Ronald Reagan’s support, Treasury Secretary Don Regan’s support, former Treasury Secretary William E. Simon’ support, the House Republicans’ support, support from influential Democrats and Republicans in the Senate, and support from the Wall Street Journal where I was associate editor prior to my Treasury appointment—based its revenue forecast on the traditional Treasury static revenue estimate that every dollar of tax cut would lose a dollar of revenue. This is a fact not subject to dispute. It is in the public record.

So how did the fabricated fake news story originate that Supply-Side economics was a theory that cutting taxes would increase tax revenues. It originated from three sources.

One was that in those days Republican economics consisted of fear of deficits. Cutting taxes would at least initially worsen the deficit and, from Wall Street’s point of view, would lead to higher interest rates that would sink their stock and bond portofilios. The result was that Wall Street economists campaigned against Supply-Side economics, and misrepresentation was part of their attack.

A second was that Supply-Side economics challenged Keynesian demand management policy by its emphasis on supply. In other words, Supply-Side economics took the leadership over economic policy away from the long-entrenched Keynesians. Academic economists aggressively defended their turf and misrepresentation—“trickle-down economics,” “voodoo economics”— was part of their attack.

Stockman Did Not Listen And Was Wrong
The third was that in order to reassure Senate Republicans who were prone to hysteria over federal budget deficits, Budget Director David Stockman, against my advice, raised the inflation forecast in the five-year budget projection in order to forecast higher GDP and, thereby, higher tax revenues. The higher the inflation forecast, the higher the nominal GDP and the tax base that it provided.

I argued, correctly as it turned out, that inflation would come in lower than Stockman’s figures and that our opponents would place the blame for the budget deficits on the tax rate reductions instead of blaming the faulty inflation forecasts. However, the argument that the Republican Senate could not be trusted to vote for a budget that projected deficits carried the day and brought the consequences that I predicted.

What produced the inequitable distribution of income in the 21st century was not the Reagan marginal tax rate reductions, but the offshoring of high-productivity, high value-added, high wage jobs by global US corporations. When a country moves its middle class manufacturing and professional skill jobs abroad, it decapitates itself by reducing both personal income and personal income tax revenues.

If consumer and investor demand are insufficient to maintain full employment, the Keynesians say that the government can add to demand by running a deficit in its budget. The government can create a deficit by holding spending constant and cutting taxes, or it can hold taxes constant and overspend the revenues. The Keynesian policymakers preferred the latter fiscal policy, because it let them expand the size and responsibilities of government. In other words, Keynesians could use their employment policy also for social engineering. Content in this role, they didn’t think about the supply-side of the economy.

It was the neglect of the supply-side of the economy that had produced stagflation, which required a rising rate of inflation in order to maintain full employment. Supply-Side economics showed that the Keynesian picture was incomplete and corrected it. Keynesians emphasized that fiscal policy impacted aggregate demand. Supply-Side economists showed that fiscal policy directly impacts aggregate supply.

The Keynesian policy of pumping up consumer demand with easy monetary policy while suppressing the response of output with high marginal tax rates resulted in prices rising more than output. This is the explanation of stagflation. As Assistant Secretary of the US Treasury in charge of US domestic economic policy, this was my challenge.

In other words, taxation is a cost of production. A high marginal tax rate on labor makes leisure inexpensive in terms of after-tax foregone income from not working A high tax rate on saving makes current consumption cheap in terms of foregone future income.

The Supply-Side policy was a tremendous success. The US economy has not experienced worsening “Phillips curve” trade offs between inflation and employment since the Reagan economic program went into effect. Stagflation is a problem of the past until new policy errors revive it.

Propaganda Has Prevailed
Yet, this entire story is totally missing in the Wikipedia account of Supply-Side economics.

In 1989 I wrote an assessment published by the Institute for Political Economy of the results of Reagan’s supply-side policy. It was republished in The Public Interest, by a think tank in England, and in peer-reviewed premier economic publications in Germany and Italy, such as Zeitschrift fur Wirtschaftspolitik and Rivista Di Politica Economica.

Despite the abundance of factual information, propaganda has prevailed.

***ALSO JUST RELEASED: Fascinating Email From A KWN Reader About What Is Happening In The Gold Market CLICK HERE.