Today one of the greats in the business discussed China’s bold plan to reshape the world’s monetary system with gold and blockchain.

Ghost Cities Coming Alive
November 12 (King World News) – Dr. Stephen Leeb:  “Early this decade, the Chinese city Zhengzhou was often cited as a poster child of Chinese development run amok. The West derided it as the quintessential ghost city, a lavishly appointed metropolis missing just one thing; residents. Today, just five or so years later, according to Bloomberg, Zhengzhou is a bustling city benefiting from a surrounding network of infrastructure that was similarly viewed as mere busywork designed to line the pockets of corrupt bureaucrats. The new roads and rails put Zhengzhou within easy reach of Beijing, Shanghai, and other major economic hubs. Moreover, the city has become a key link between China and the country’s One Belt, One Road initiative, connecting it by rail to Central Asia, Russia, and Europe, all critical parts of Eurasia. A once nearly deserted airport now sees its world-class runways host cargo traffic growing by more than 30 percent a year…

There’s a message here that far transcends Zhengzhou. It’s that China is flourishing  both by thinking long term and by not looking at anything in isolation. The renowned social psychologist Richard Nisbett, in his book The Geography of Thought, describes how the differing mindsets of West and East have resulted from a cultural evolution occurring over several millennia. The Greeks, the progenitors of Western thought, focused on objects and on measuring them – one reason for their many scientific accomplishments. The Chinese focused on relationships among objects. To put it differently, the West thinks analytically, the East holistically. It’s a distinction that expresses the difference between successful countries (the West) and successful civilizations (China).

Nisbett emphasizes the differences have nothing to do with intellectual endowment and everything to do with culture. For me, the lesson is that for the U.S. to thrive in today’s world, we will need to adapt our cultural habits of thought to start seeing ourselves as part of a whole and not as the whole. I make these points because often those who write about China’s rise seem to assume that China’s gain must be America’s loss and vice versa. But I don’t think the Chinese see it that way – and it will only harm us if we persist in such a mindset.

China’s Plans For A Reserve Currency
If all this sounds like Utopian musing, it becomes relevant in discussing China’s plans for a reserve currency, plans that in turn are central to my very bullish forecast for gold. I continue to believe, as I have been saying for more than a year, that China will launch an Eastern oil benchmark denominated in yuan exchangeable for gold. But China’s goal isn’t to destroy the dollar. In fact, the U.S. could end up benefiting. However, we need to be willing to broaden our world view so as to see U.S. interests as being better served by being part of an exquisitely integrated network in which all can thrive. The blood and guts of what I am getting at is that China’s ultimate goal isn’t to make the yuan, backed by gold, the world’s new reserve currency, though that may be a first step. China has a longer-term goal in mind.

To explain my thinking, go back to the above example of Zhengzhou. It illustrates China’s ability to do something that at first seems senseless –– a crazy anomaly – but that later is revealed as a necessary step to an intricately planned goal. In a very different context, something analogous is going on today – a seemingly inexplicable anomaly that is actually a step along a carefully crafted road, in this case China’s path to a new reserve currency. 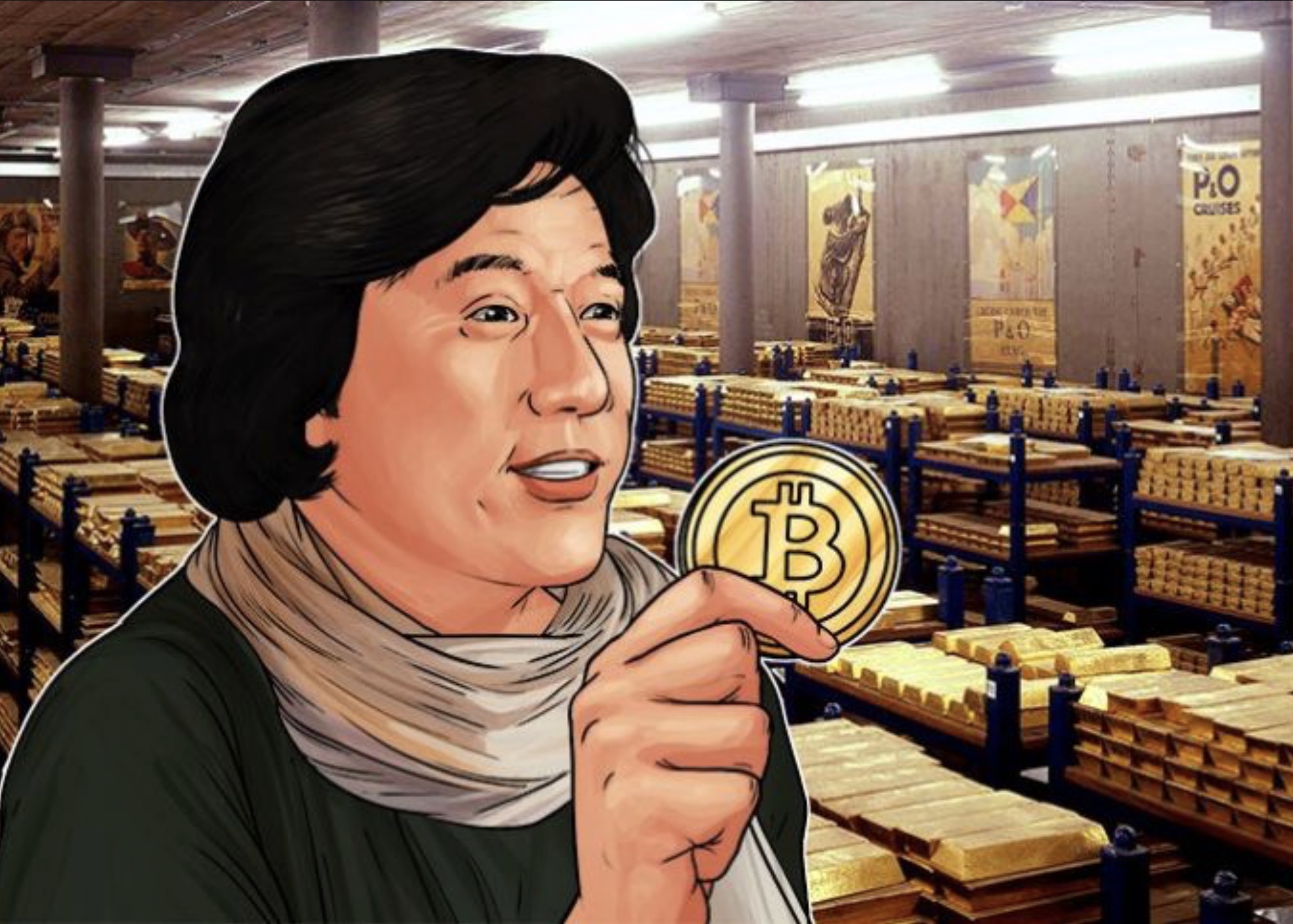 China’ Staggering Blockchain Energy Usage
The latest anomaly is this: China recently banned cryptocurrency trading – even bitcoin no longer can be legally traded. Yet the government continues to allow highly skilled computer professionals to “mine” bitcoin. Mining bitcoin, as I have mentioned before, requires tremendous computer power and therefore a tremendous amount of energy. Because of China’s access to cheap electricity and its wide pool of skilled programmers, the country accounts for between 70 and 80 percent of the world’s bitcoin mining.

To give you some idea of what the country is donating to the world, each bitcoin transaction uses the equivalent of 3.3 gallons of gasoline. There are typically about 12,000 transactions an hour, meaning about 40,000 gallons of gasoline an hour. Because of the blockchain’s structure and the rules that govern it, the number of operations associated with each transaction is rising rapidly, by about fivefold a year. Assuming that fivefold yearly pace holds – and it could rise – and assuming China continues to do about 75 percent of bitcoin mining, it means that by the decade’s end China will be using the equivalent of about 20 million gallons of gasoline a day or close to half a million barrels of oil. That’s a lot of energy to expend, especially for a venture you do not even approve of.

China To Create Its Own Digital Currency
So why not ban mining? Because China will need the miners not for a bitcoin ecosystem but to create an ecosystem for another digital currency. My best guess is that China’s eventual goal is to create a blockchain to serve a reserve currency, a currency that China itself does not need to manage.

In 2009, in the wake of the global financial crisis, Zhou Xiaochuan, the influential head of China’s central bank the People’s Bank of China, wrote a paper about reserve currencies in which he decried not the dollar per se but the use of any fiat currency as a reserve currency. He argued that the supply of a reserve currency:

“…should be disconnected from economic conditions and sovereign interests of any single country.”

And referring to the potential to use the IMF’s SDRs as a reserve currency, he wrote:

“The role of the SDR has not been put into full play due to limitations on its allocation…However, it serves as the light in the tunnel for the reform of the international monetary system.”

Of course, you could argue that Zhou was being disingenuous, and that China really does want a gold-backed yuan to be the world’s reserve currency. But I doubt it. In the same paper Zhou made a clear reference to the well-known problem that faces any country issuing a reserve currency by referring to the “Triffin Dilemma” – writing:

In other words, the consequence of issuing excess currency is trade deficits.

China’s Plan: Gold To Reenter Monetary System
In other words, China sees it would likely pay a steep price if the yuan became the major reserve currency. On the other hand, a basket of currencies such as the SDR – backed by gold or having gold as one component – would work out very well for China. If China can manage the transition to a gold-centered monetary system based on the SDR, gold will soar, while China probably secures its hegemony in the East. China, both because of its large gold holdings and its blockchain skills – integral to the smooth functioning of a currency basket – will end up first among equals.

But the U.S. does not have to end up a loser. Inflation could rise, but we could better control our trade deficit. And if the U.S. can learn one further lesson from China – that technologies like the internet of things, artificial intelligence, and blockchains don’t exist in a vacuum but are dependent on the material world, on having the commodities that make them possible – who knows, maybe we’ll be leaving a better world to our progeny than if we continue down the road we’re on. Meanwhile, all the anomalies and signs continue to point to a massive bull market in gold as China carefully pursues its plan to reshape the monetary system.”

***ALSO JUST RELEASED: A Trip Down The Rabbit Hole Of Insanity In The Markets CLICK HERE.