Silver Is Impressive
February 18 (King World News) – Otavio Costa:  Impressive. This strength of silver has never been so evident. Completely neglecting the recent weakness in gold. A turn for precious metals seems near. Not the time to be shaken out. (See chart below). 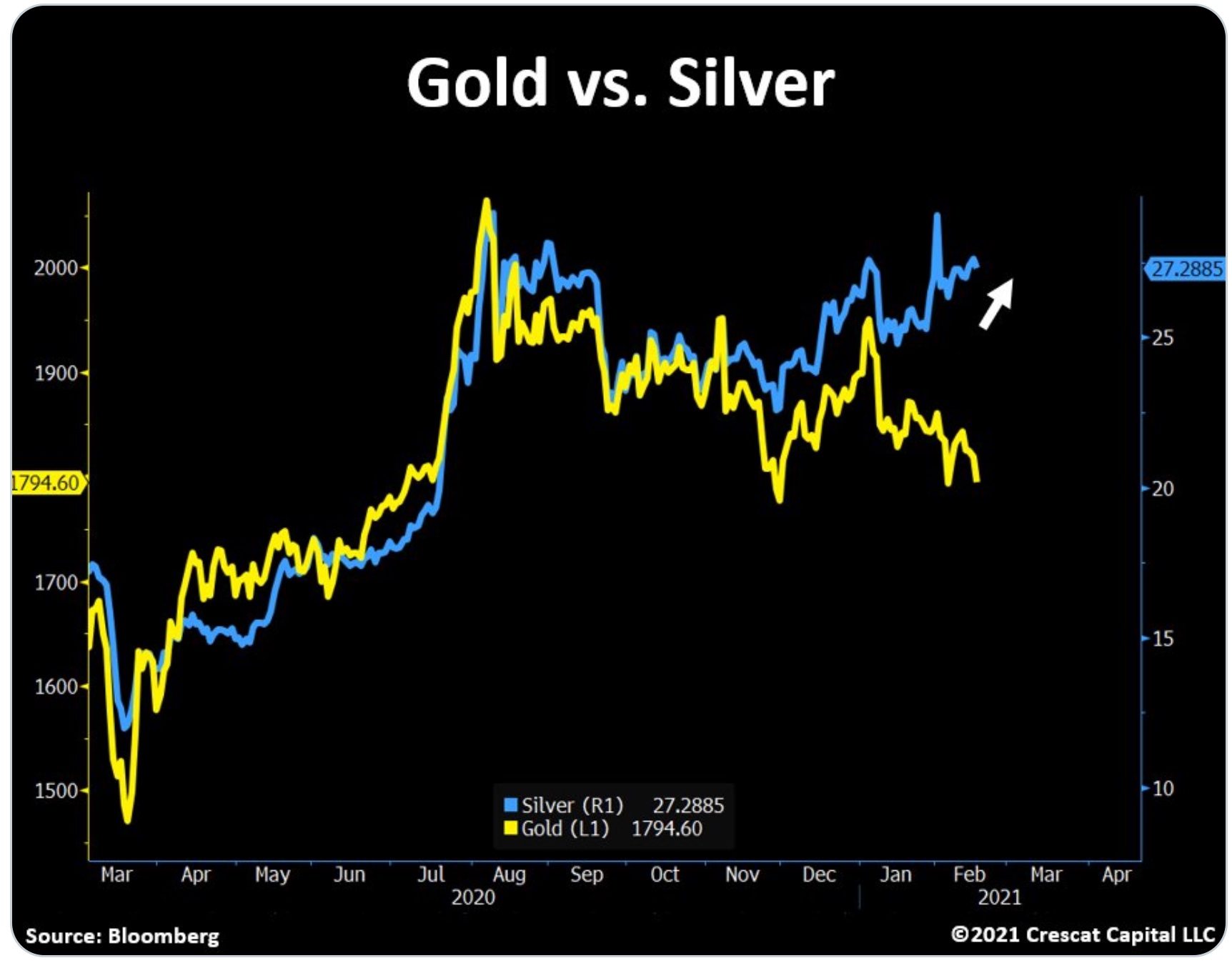 King World News note:  Sentiment in the gold market is about as negative as you will ever see it. From a contrarian perspective, this is a very good sign that gold is in the process of making a major bottom. More from Fred Hickey below.

Sentiment Bullish For Gold
Fred Hickey:  “Sentiment for gold getting very negative (bullish for gold). Gold DSI 23. Went as low as 14 in late-November before 5-week, $170 gold rally … Gold Miners Bullish Percent Index (BPGDM) currently under 38 – bottomed at 35 last November before big gold rally and 17% GDX rally. BPGDM at 100 near August peak. Would like to see one more scary dip (washout) and intraday turnaround. However, this is close enough for me to start nibbling.”

Remain Calm
King World News note: These are the times when investors in the gold and silver space cannot let their emotions cause them to make a mistake such as panicking out of high-quality stocks. Instead, focus on the fundamentals and remain patient. In other words, “Be right and sit tight.”

Wow, Plus A Look At FOMC