With the Dow plunging over 330 points and the U.S. dollar surging, today London metals trader Andrew Maguire spoke with King World News to update readers around the world on the KWN story about the shocking news of HSBC closing 7 gold vaults in London. HSBC has been making headlines in mainstream media with its ongoing list of scandalous misdeeds.  What's behind HSBC's dramatic decision to close the vaults?  Where is the gold and where is it going? 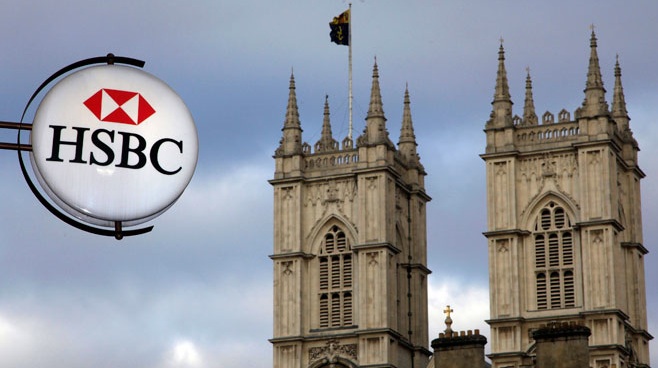 Eric King:  “Andrew, I understand that you have an update on the dramatic decision by HSBC to close its 7 London gold vaults.”

Andrew Maguire:  “HSBC customer relations and PR are now commenting about the 7 vault closures seen in an email from a sub-custodian on Thursday, March 5th.  Keep in mind, Eric, that HSBC is closing down 7 vaults that contain gold.  But to avoid trouble, HSBC is now calling them ‘retail safe deposit facilities.’  What does that mean?  You put gold in a vault for safekeeping….

“These vaults are full of gold and the customers now have only 60 days to find a new vaulting service.  I’m saying the fact that they are now avoiding calling them ‘vaults,’ and instead calling them ‘retail safe deposit facilities,’ is preposterous.”

Putting Lipstick On A Pig

Andrew Maguire:  (Laughter)  “Yes, Eric, that’s a funny analogy.  It’s ludicrous.  HSBC is just skirting the issue.  To recap, today HSBC is now saying that it’s just their ‘retail safe deposit facilities’ and they are closing down all 7.

More To HSBC's Decision Than Meets The Eye

But, Eric, there is more to this decision to eliminate retail gold clients than is presently being openly discussed.  Giving just 60 days notice has indeed forced some HSBC clients into selling their gold bullion.  Is the timing of this decision a ‘coincidence’ right after a takedown, while the price of gold is well below $1,200?  I think not.” ***To sign-up for Maguire's incredible gold and silver trading service CLICK HERE or email King World News for more information.