On the heels of yesterday’s takedown, this is what is happening behind the scenes in the gold and silver markets.

September 17 (King World News) – Alasdair Macleod:  Gold and silver suffered a sharp sell-off on Thursday, with gold falling $21 on the week from Friday’s close to trade at $1766 in morning European trade. Silver lost 65 cents over the same timescale, falling to $23.10. 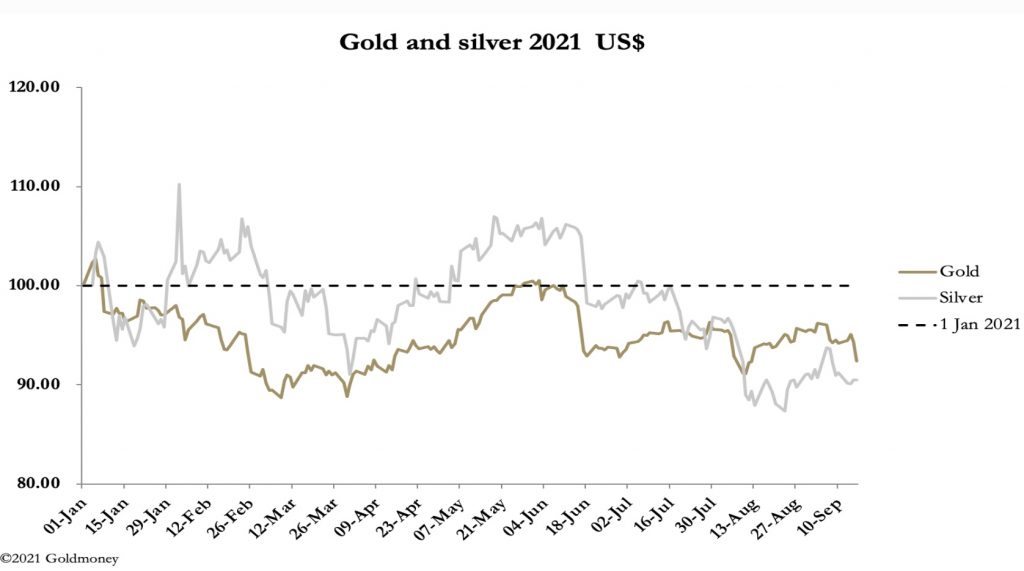 Other than generally quiet trading conditions there was no fundamental reason for the sell-off. True, the dollar’s trade weighted index moved slightly higher, perhaps shaking out a few weak hands from holding long positions. The dollar’s TWI is our next chart. 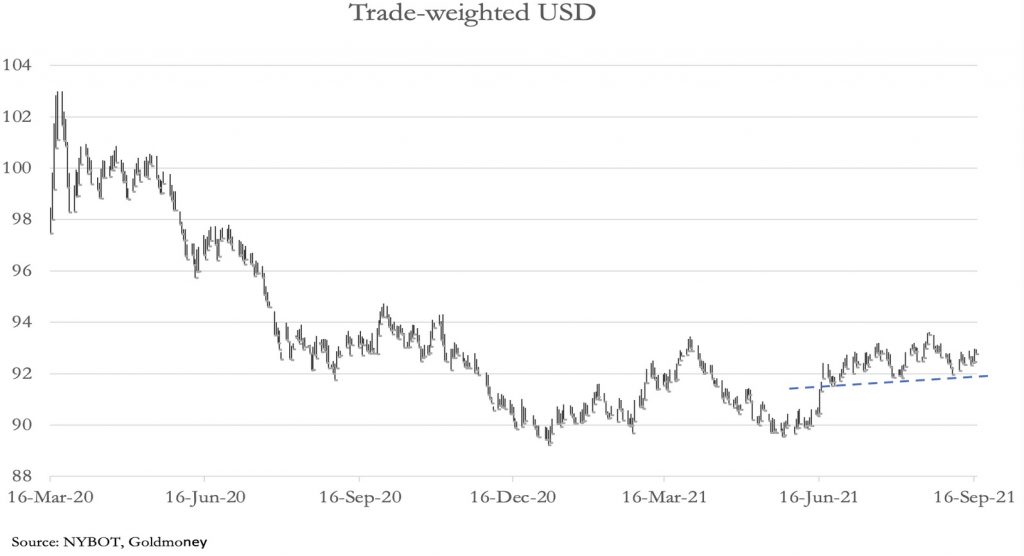 The pecked line shows a potential head-and-shoulders top formation, confirmed if the TWI breaks below the 92 level. If that breaks, then we can expect the TWI to challenge the lows seen earlier this year.

Returning to the rationale for this week’s sell-off, there can be little doubt that it is being driven by the bullion banks which are desperate to reduce their shorts. We have no statistics for the London market, other than knowing it is probably eight times the size of Comex. In recent years, physical gold stored for ETFs mostly in London has increased significantly, and when markets pause over holiday seasons, doubtless unlocking this reservoir of gold is a target for bullion banks.

According to the World Gold Council, on 14 September total physical holdings amounted to 3,612.9 tonnes, with a small net inflow of 2.7 tonnes since 1 September. These figures do not include the frighteners imposed on weak ETF holders yesterday.

The other source of bear closure is our visible friends on Comex, particularly hedge funds which are driven by short-term considerations, such as the dollar’s TWI and price momentum. But the gold contract COT snapshot from 7 September shows this source of closure is becoming limit.

The long-term average net long position for Managed Money (hedge funds) is 110,000. Furthermore, they were shaken out of 14,082 contracts on the $30 markdown on 7 September. Since then, open interest has fallen by only 1,200 contracts, so net of all long speculator categories, bullion banks cannot have materially improved their net short position.

Interestingly, the new longs in that week were opened by Other Reported and Non-reportable categories. It is likely that the bullion banks would see these categories as easier to spook out of their longs, which would confirm their tactics.

Robert Lambourne produced an interesting report for GATA on the Bank for International’s gold trading, whereby it appears to supply liquidity to commercial banks by swapping physical for unallocated positions. At end-August, their swaps stood at 464 tonnes, compared with 502 tonnes at end-July. The slight fall in liquidity provision suggests an easing in the bullishness of buyers overall, supporting the thesis that it is a good time for the shorts to shake out weaker bulls and reverse these swaps.

Lastly, we show the monetary position for the Swaps category on Comex, comprised mostly of bullion bank trading desks, as of 7 September updated for today’s gold price. 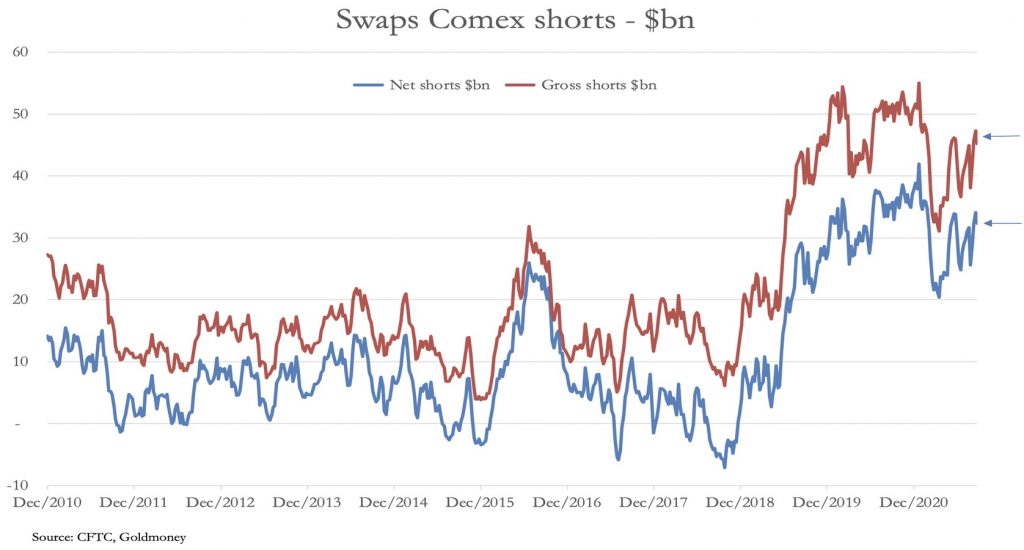 So far, attempts to reduce their costly positions have made little headway.