As the world edges closer to the next crisis, today the man who has become legendary for his predictions on QE and historic moves in currencies told King World News that China’s gold holdings now exceed 30,000 tonnes.

Gold – Be Safe, Or Not
April 22 (King World News) – Egon von Greyerz: Gold is the ultimate insurance against a bankrupt financial system, a corrupt political system, and a rotten monetary system. But official propaganda, combined with people’s greed, means that virtually nobody understands the necessity of insuring against these risks. Also, investors are convinced that stocks always go up and that the 147x growth in the Dow since the end of WWII will continue unabated. Few understand that exponential growth in stocks is totally dependent on an equally exponential expansion of money printing and credit, including share buybacks…

These methods are unsafe and therefore unsatisfactory. You should never hold more valuables at home then you are prepared to lose. Burglars today will not break into your house when you are away, if they suspect you hold an important amount of valuables. It is much more effective to go to your house when you are home. Then they can threaten to kill your wife or children if you don’t tell them where your valuables are hidden. Many people believe they are clever by having two safes, one easily found with some minor items and money, then a well hidden one where most of the valuables are. Professional burglars are aware of this and will therefore threaten you until the second safe is revealed.

23 Minutes!
And even if you have a very safe hiding place, remember that most people can’t keep a secret. There was a survey in the UK Daily Mail a few years ago asking how long a woman could keep a secret. The answer was 23 minutes! The survey did not include men but the result would probably have been similar. So please don’t keep any major valuables at home. Another problem is that most insurers wouldn’t insure major amounts of cash or valuables at home. And if they do, the premium would be very high. 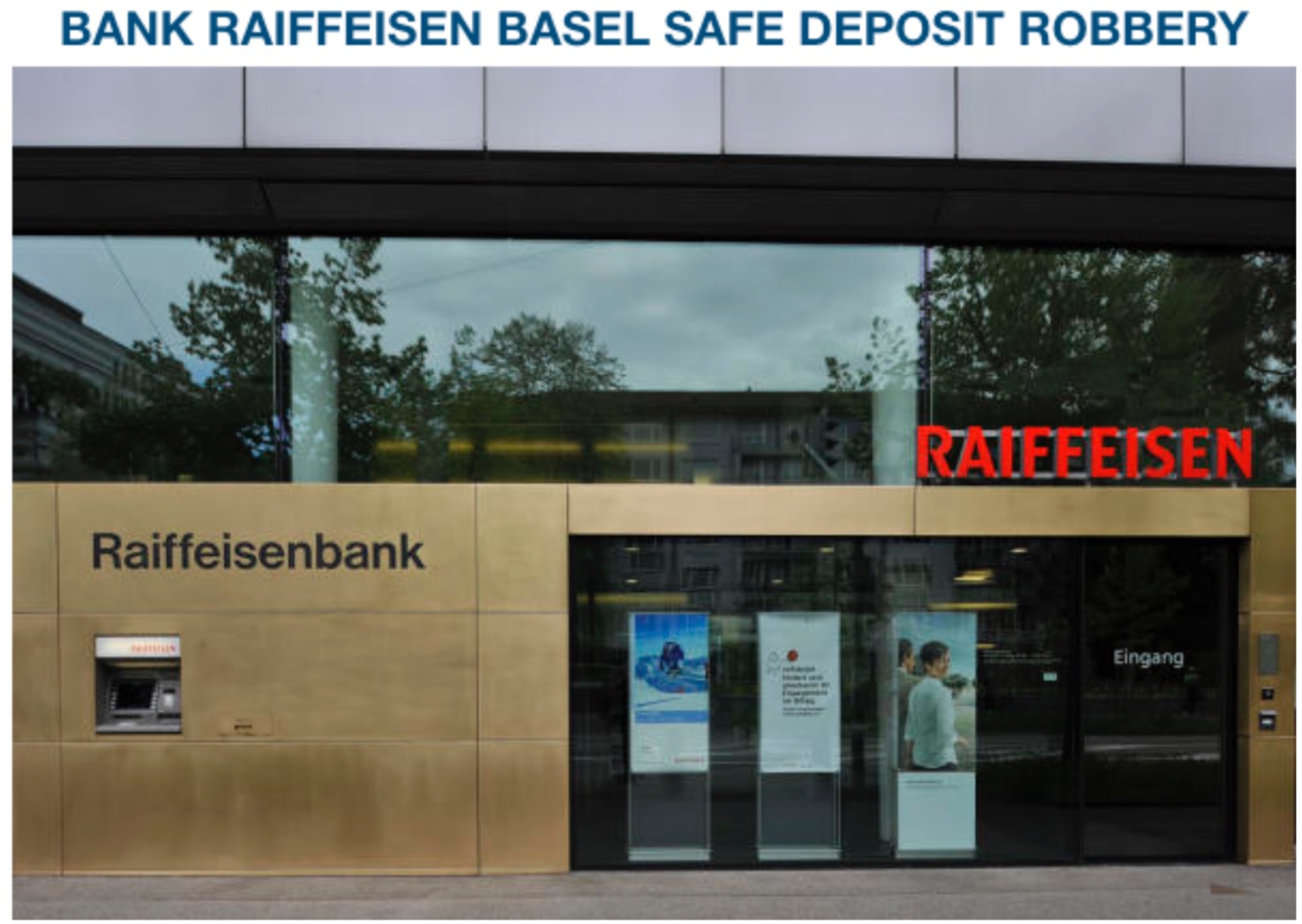 Many people believe that bank safe deposit boxes are safe. In our view this is not the case. First, there are regular break-ins. Last year, it happened to a major Swiss Bank, Raiffeisen in Basel. Burglars broke into the vault and opened 20 boxes without leaving a trace. Gold, coins, jewelry, and cash were taken. The bank’s policy in these cases is very clear — they are not responsible for the contents of the box. Very often the contents is not declared for Swiss wealth tax purposes. Therefore, there is no inventory. Also, the contents is almost never insured. Insurance companies normally don’t insure the contents of a safe since it can’t be verified. The bank would only pay out against a receipt of the content, which nobody had. Bank Raiffeisen’s official line is:

“The insurance of the safe content is the responsibility of the customer. This is industry standard.”

So there we have it. If you keep valuables in a bank safe deposit box, it is at your own risk!

King Of Thieves
Also, many private safe deposit companies have poor security. In 2015, there was a famous robbery at the Hatton Garden Safe Deposit Company in London. Hatton Garden is a well known jewelry district in central London. The elderly professional burglars managed to break into the building during a holiday weekend, disable the alarm and access the vault by abseiling down a lift shaft. Finally, they drilled through the vault door. They emptied 60-70 boxes and may have taken as much as £35 million of valuables. They were later caught. A film called King of Thieves, starring Michael Caine was made of the robbery.

Also this time, most of the jewelry stolen was uninsured. 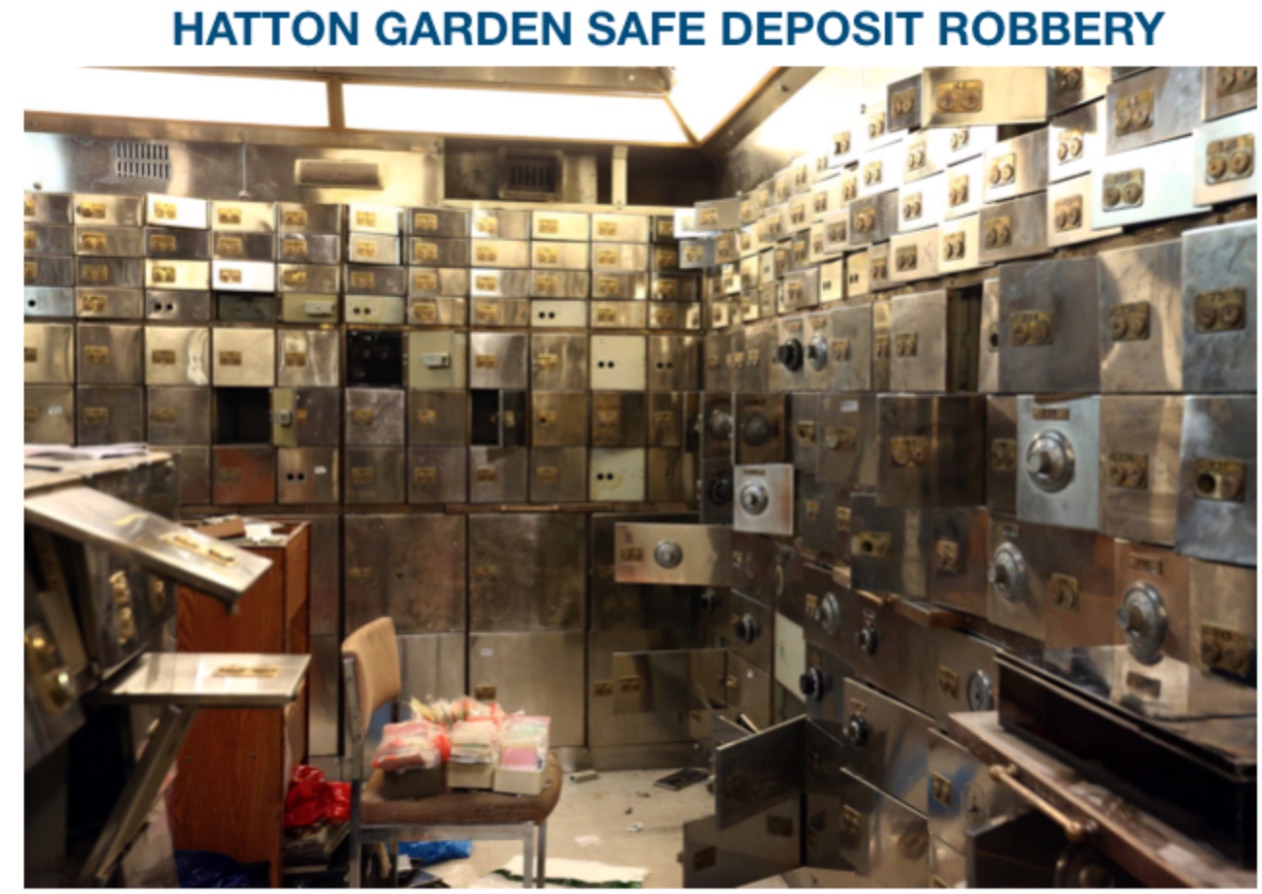 I would not recommend using bank safe deposit boxes in any country, not even in Switzerland. In principle, the valuables in a bank safe deposit box does not belong to the bank. But in bail-in situations, the rules might change. Also, in case of a systemic collapse of the financial system or a longer bank holiday, bank customers might not get access to their box for a very long time, even several years.

Precious metals, like gold and silver, should be kept in the safest private vaults, in a safe jurisdiction like Switzerland or Singapore, and outside the banking system. Insurance from a top insurer is also critical. The insurance must also cover staff theft, which is not always the case.

Remember that in a bank safe deposit box, there is no insurance, and as explained above, the bank takes no responsibility for the stolen merchandise. 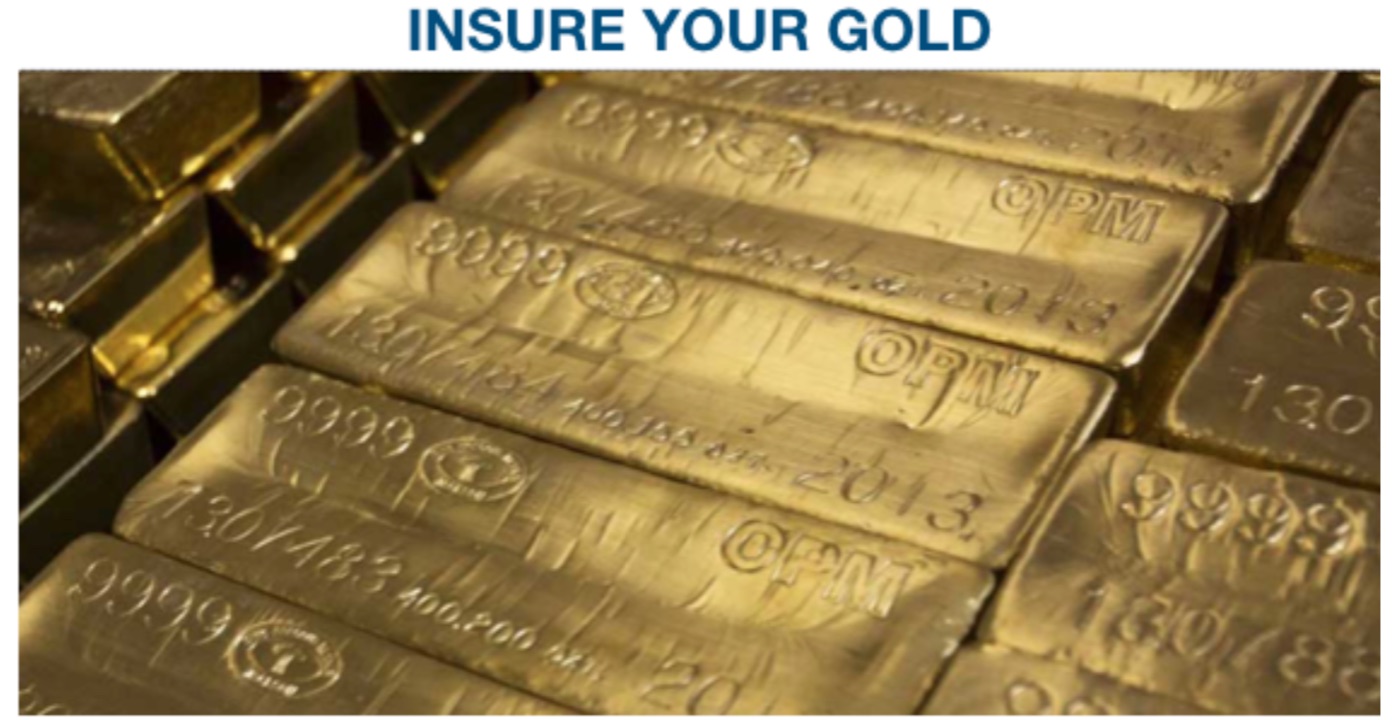 There has been a lot of publicity about central banks having purchased substantial amounts of gold in 2018. In total, 651 tonnes of gold were purchased by central banks, which is the highest in 50 years. However, this is typical lazy reporters just picking up propaganda news releases. Journalism is no longer a skilled profession. There are no proper journalists who analyze events and draw intelligent conclusions. All they do is read a press statement, copy it and print it in the news paper, or report it on television.

In relation to this story about central banks, it is not that they bought gold which is the real news. The important point is who bought the gold. Let’s see, did the USA buy, or the UK, or Germany, or any other major Western state? No, of course not. The central banks that bought gold are the ones who understand that the Western world’s political and financial system is on the verge of going under. This is why Russia bought 274t, Turkey 51t, Kazakhstan 50t, India 40t, Mongolia 22t, and Iraq 7t. There were a couple of Eastern European countries which bought gold like Poland 26t, and Hungary, which increased its reserves ten-fold to 32t. Both Hungary and Poland are vociferous critics of the EU and they clearly realize that the ECB and the Euro are unlikely to survive. But these two countries will certainly need to buy a lot more gold to protect against the risks they can see coming. 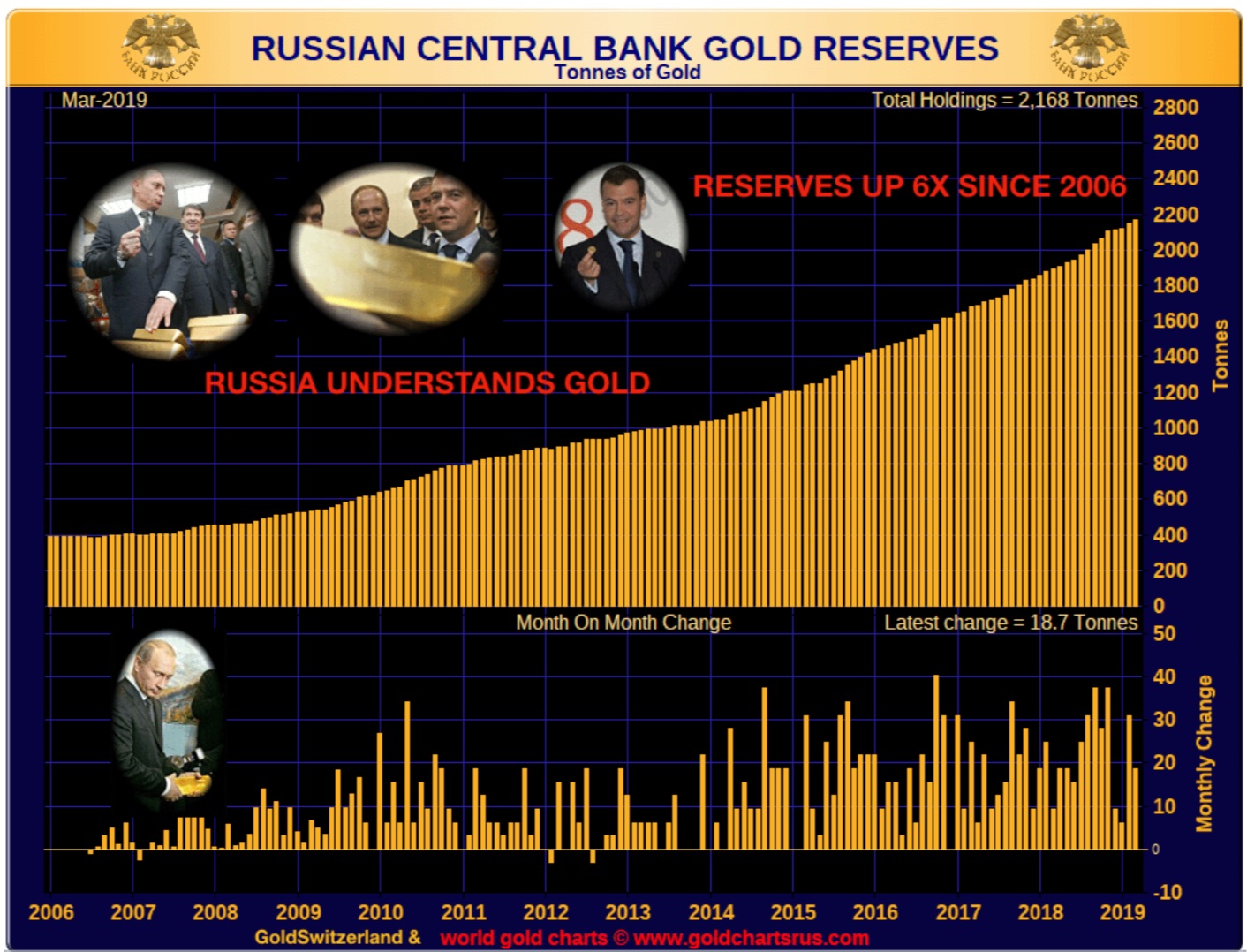 Hungary stated as the reason for the 10x increase in gold reserves:

“Gold’s role as a hedge against future structural changes in the international financial system, as well as its lack of counterparty risk.”

Viktor Orban, the Hungarian Prime Minister, is one of the few statesmen who dares to openly criticize the EU and the Brussels elite. He can clearly see the writing on the wall. 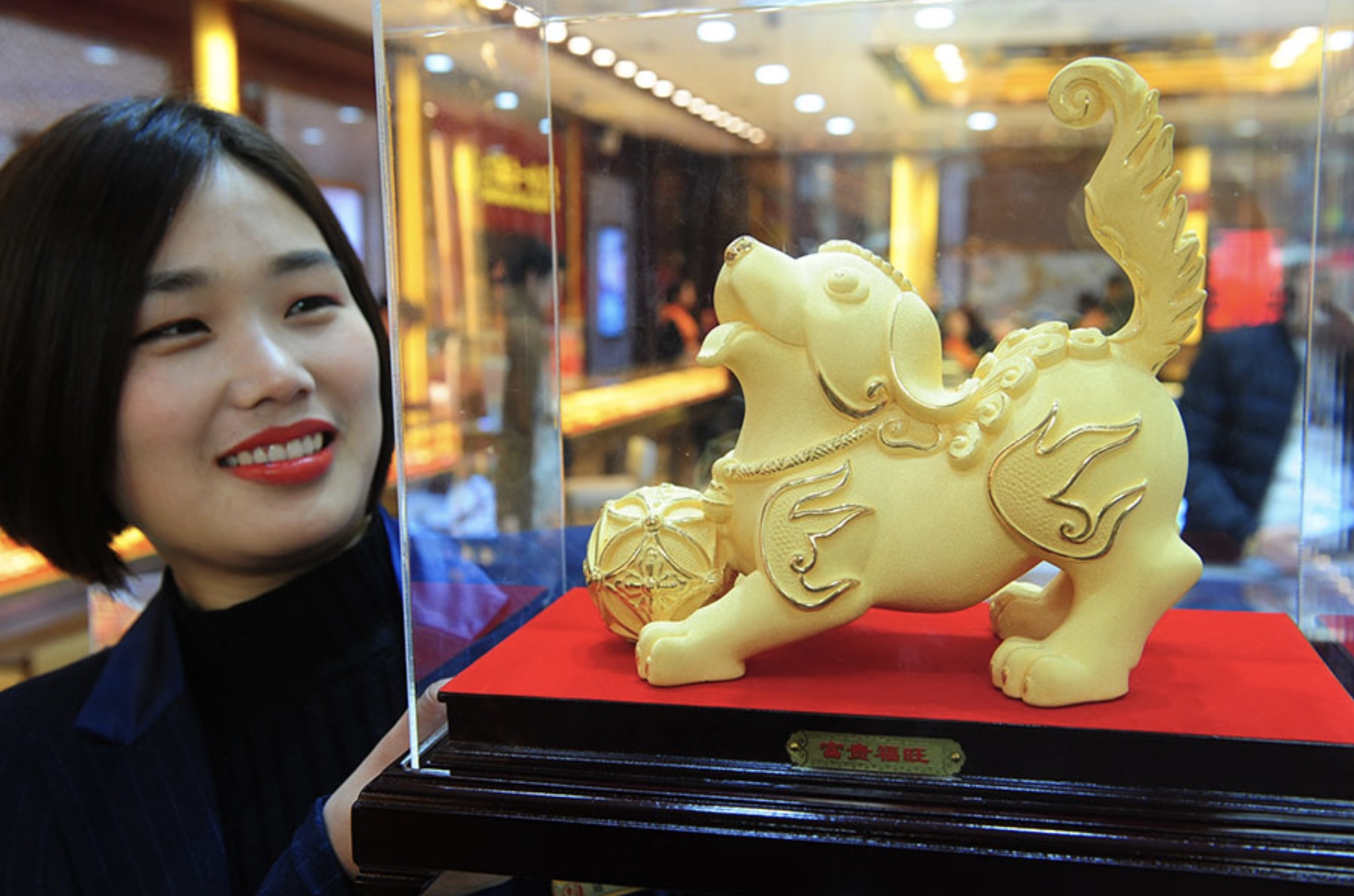 China’s Gold Holdings Exceed 30,000 Tonnes
China announced a mere 10t increase in their gold reserves. China is frugal with news regarding their official gold reserves, which are 1,852 tonnes. China is the world’s largest producer with 401t in 2018. None of the Chinese production leaves the country and it is probably safe to assume that the whole domestic production is absorbed by the state, although it is not in the official reserve figures. Together with major historical reserves that China has built up, their total gold holdings are probably in excess of 30,000 tonnes. Alasdair Macleod, for example, has estimated that China accumulated 25,000t between 1983 and 2002 and they probably had important reserves before 1983. 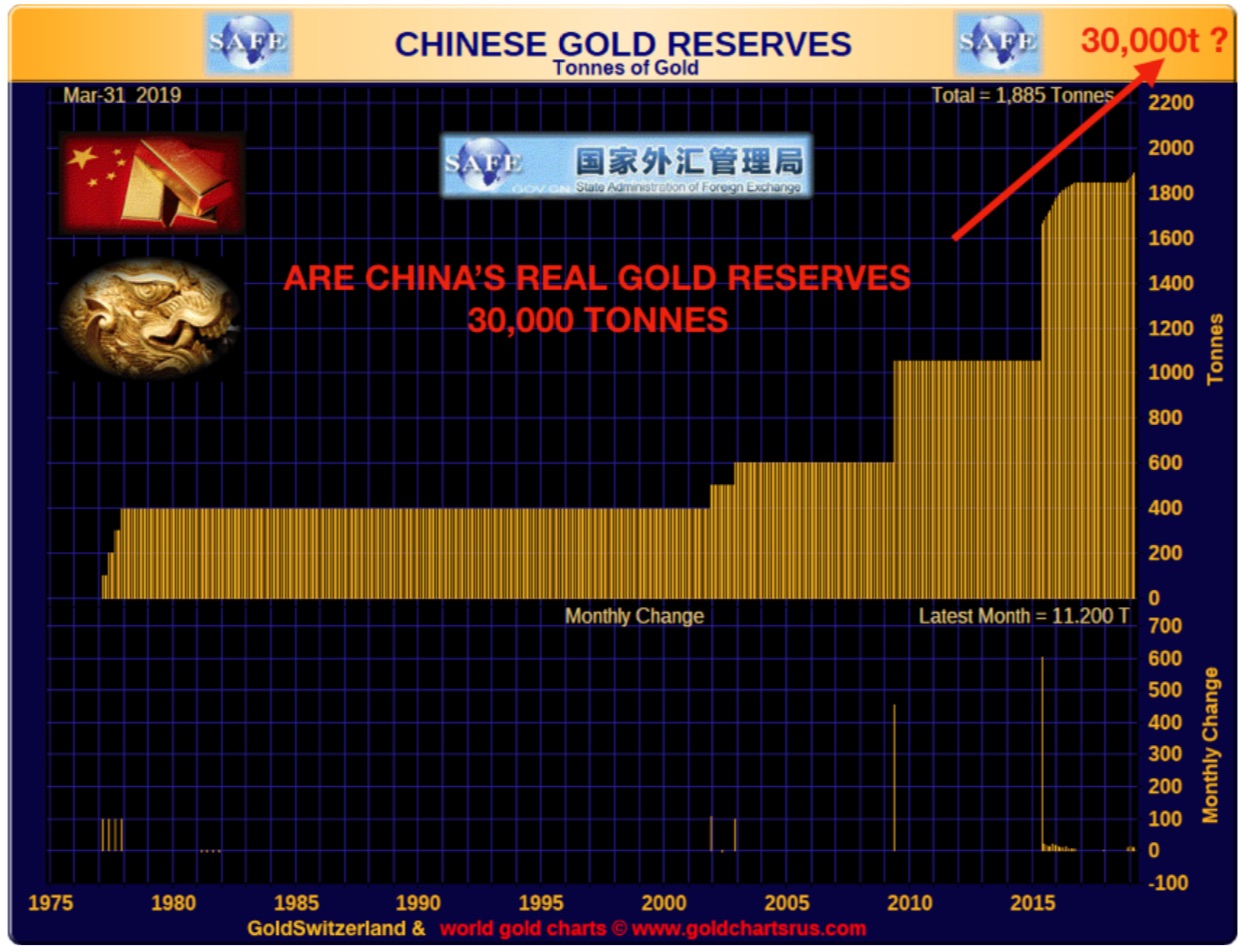 Compare that to the US, which officially holds 8,000t. But most of that is probably either leased out or covertly sold. So when China one day announces its real gold holdings in excess of 30,000t, and possibly also backs the Renminbi with gold, the dollar will disappear into a black hole as the US will not be able to prove that they have anywhere near their declared 8,000t.

Remember the Golden Rule: Whoever holds the gold makes the rules!…For those who would like to read more of Egon von Greyerz’s fantastic articles CLICK HERE.

ALERT: James Turk – We Just Witnessed A Huge Wakeup Call For The World