Today Egon von Greyerz and top Citi analyst Tom Fitzpatrick communicated with King World News about what is happening with the euro, dollar and gold, and what they had to say may surprise you.

The commercial hedgers are now extremely short the euro (see chart below).

Commercials Establish One Of The Largest Euro Short Positions In History 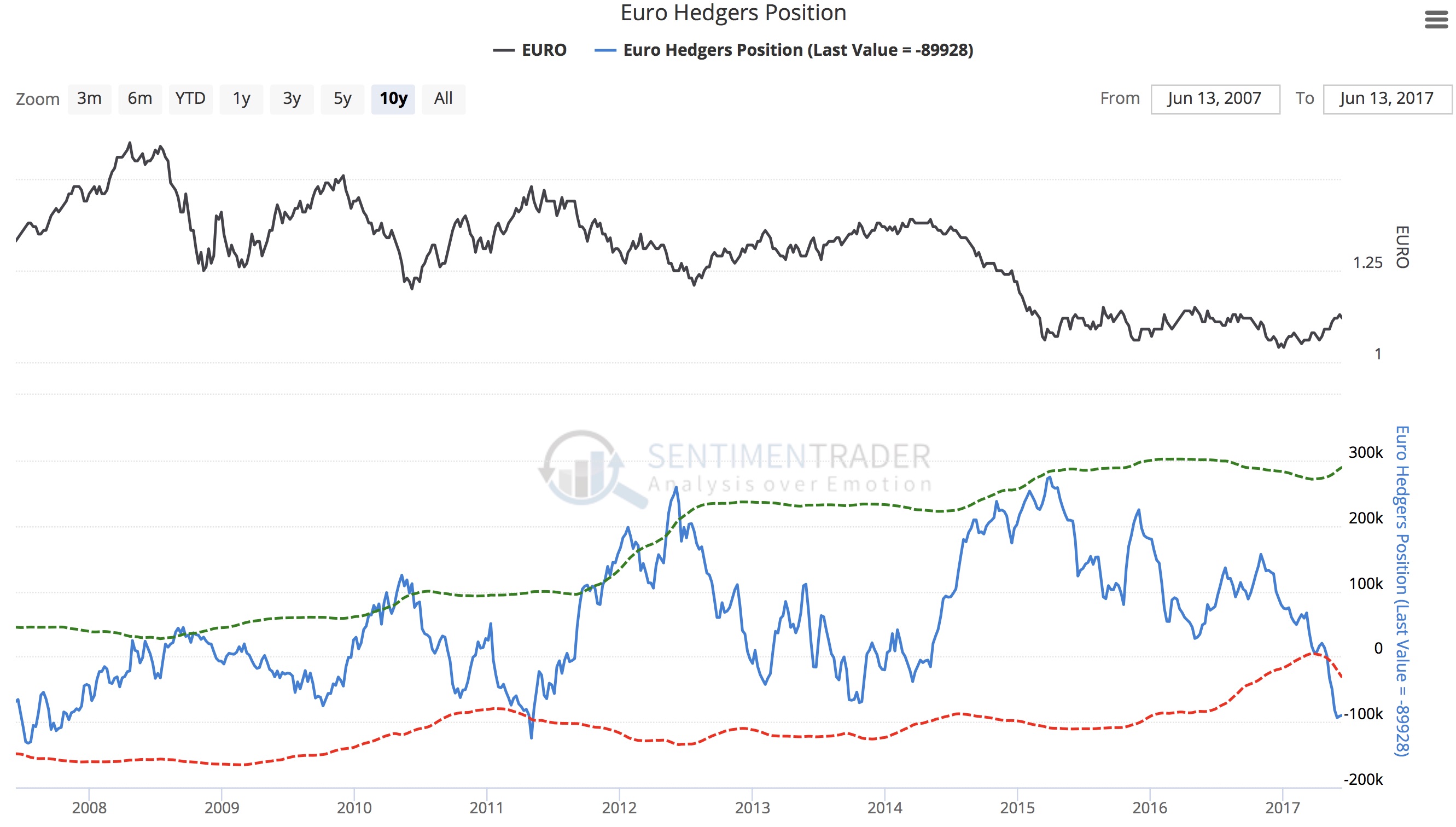 Speaking of the euro, today top Citi analyst Tom Fitzpatrick sent KWN a chart that appears to show the euro may be ready to rollover (see chart below). 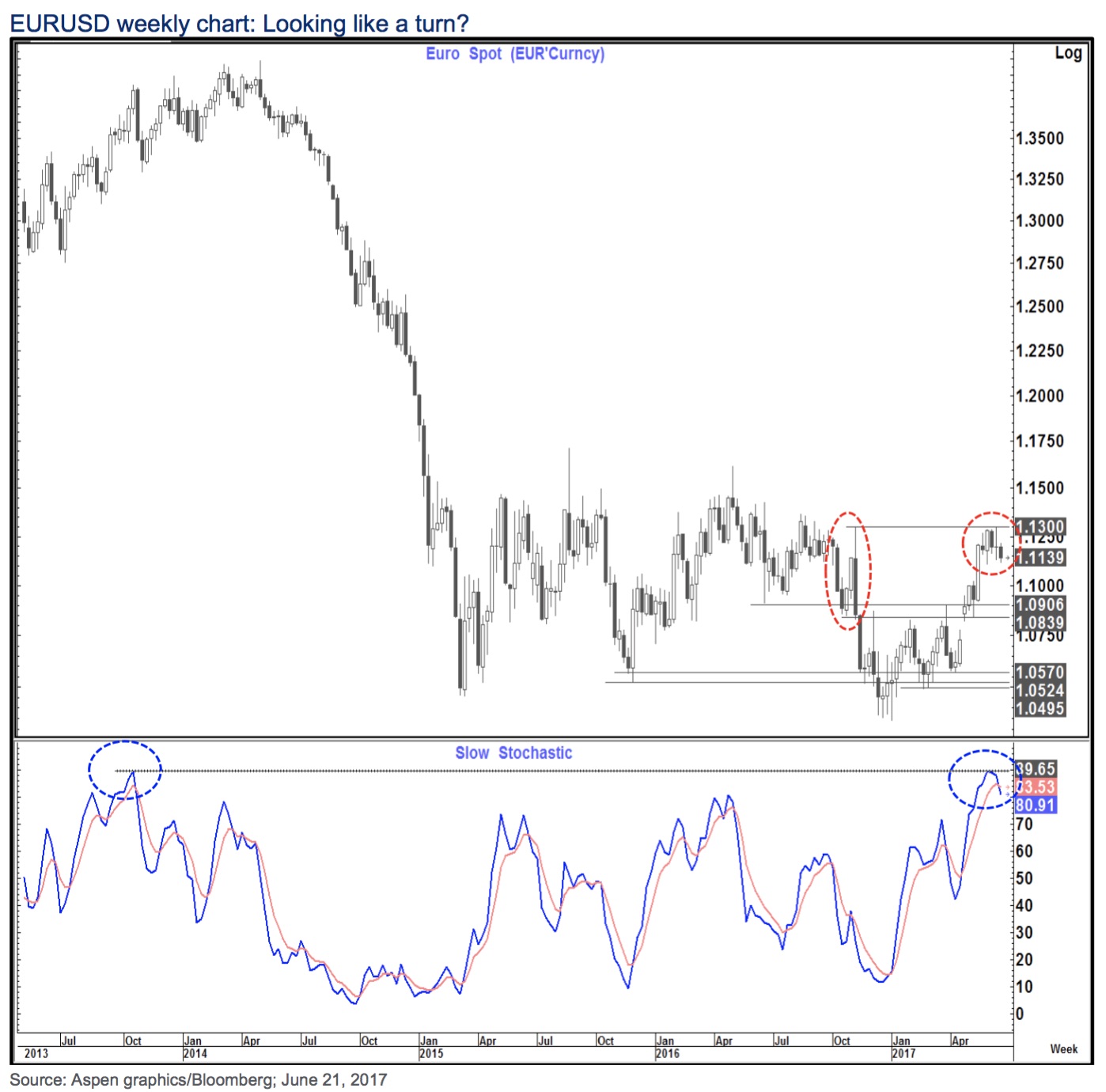 Fitzpatrick also sent KWN the following chart of the U.S. dollar, which he believes may be set for a strong rally (see chart below). 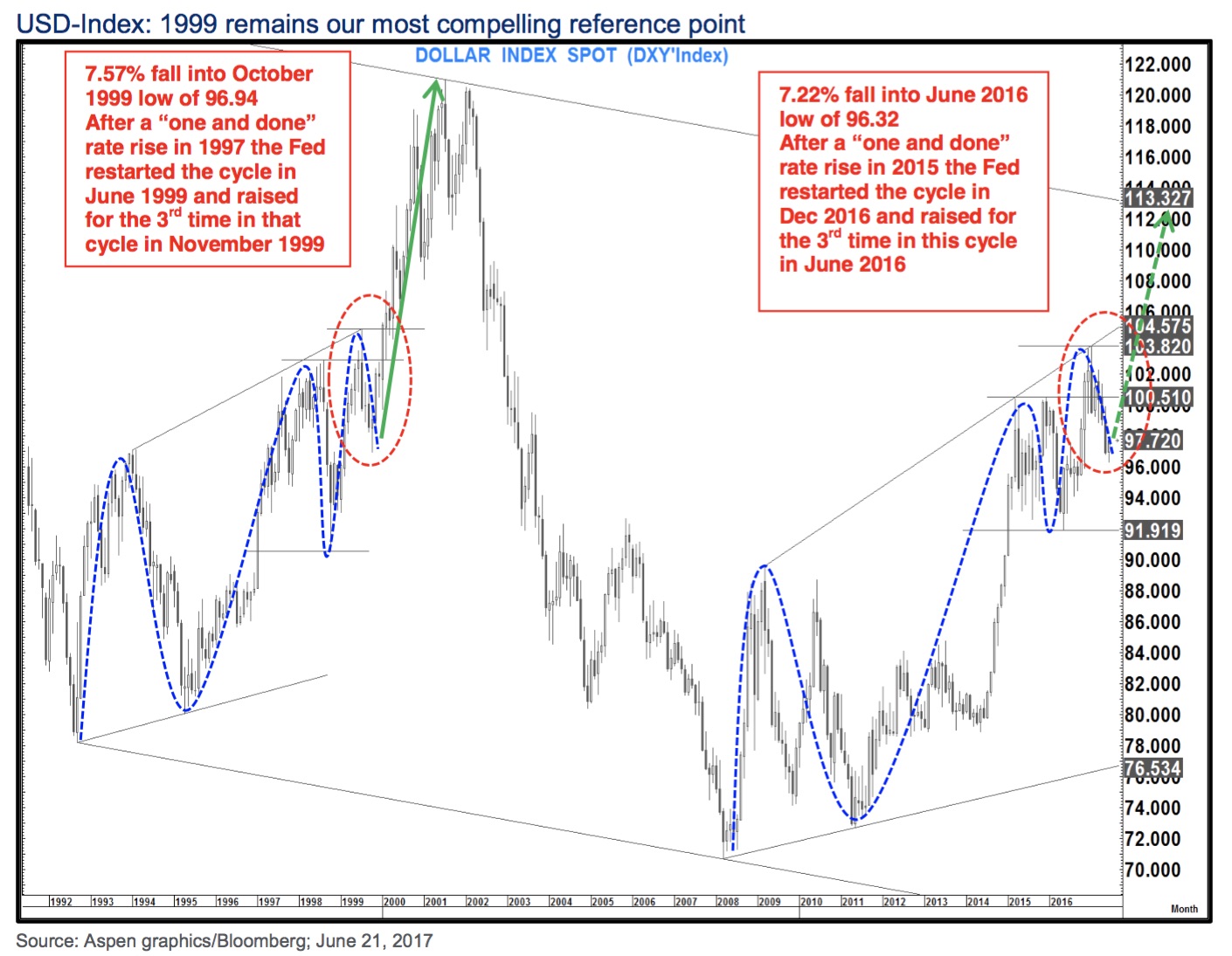 Fitzpatrick believes the U.S. dollar rally may weigh on the price of gold…

KWN then reached out to Egon von Greyerz, who had this to say:

“Gold refiners are slowing down a bit for the summer.  There is a steady physical market but not booming.  This should allow the manipulators to play games in the paper gold market in the short-term.  I would also note, however, that GoldSwitzerland is seeing more interest from new buyers across the globe, including the United States.  But this shouldn’t surprise anyone because the world is seeing more political unrest in the U.S., UK, France, etc.  There are also more terrorist attacks.

I was supposed to speak at a major event in Paris in three months time, but that event has now been canceled because of the unsettled political situation in France.  The bottom line is that people across the globe are much more nervous about what is happening around the world and are actively looking for a means of protecting their wealth.  This will be very beneficial for the gold price medium- to long-term.”

***ALSO JUST RELEASED: ALERT: This Remarkable Indicator Is Flashing Major Warning Signals Like It Did During The Great Depression! CLICK HERE.