As the price of gold continues to surge, one pro says, “It’s only day 1 of the (gold) breakout.”

Gold Price Closing In On $1,400
June 20 (King World News) – Fred Hickey of the High Tech Strategist:  “Obviously, momentous day for gold. Long-awaited breakout. Though the tremendous “base” (with series of higher lows) has been building for some time, US investors find themselves totally underinvested. Only 7K 1 oz gold eagle coins sold by US Mint in May & June combined (vs 40K yr ago).

“It’s Only Day 1 Of The Breakout”
With central banks out of control, -$12.5T in bonds offering negative rates, Fed, ECB & others cutting interest rates soon (more QE not far behind), a weakening global economy, trade wars, currency debasement wars, massive US budget deficits – it’s a perfect stew for owning gold. Yet so few in the West currently own gold. The challenge for those of us who are already well-positioned is to hold on tight and reap the gains coming our way. It is only DAY 1 of the breakout.”

First Time In History Artificial Intelligence To Drill For Gold!!
Ivan Bebek:  “Eric, in the next few weeks we will have the opportunity to make history drilling one of the world’s largest prospective gold belts with the implementation of Artificial Intelligence technology. We have spent over 50 Million dollars in the past 4 years pursuing the worlds next major high grade gold discovery at Committee Bay. Our team of former Newmont Global experts brought in cutting edge technology, specifically the use of machine learning to process the data we collected to date, which has resulted in our best targeting in 4 years, and is now finally about to be unleashed with Artificial Intelligence directing where the drilling will take place.

If AI Makes Its First Major Gold Discovery, Stock Will Skyrocket
Last year, prior to the use of machine learning, we believed that we drilled the edge of a major gold system. And now, in a little over two weeks (July 8th), drills will turn and we hope to make the first major gold discovery in history through the use of Artificial Intelligence. I can only imagine what will happen to our share price if we hit! Auryn Resources is surging nearly 9% today on news that AI targets are about to be drilled, symbol AUG in the US and Canada. 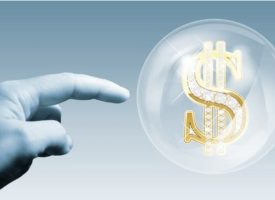