As we kickoff trading this week, the price of gold has spiked to $1,765 and silver has surged above $18.

Gold Close To Major Breakout
June 22 (King World News) – Ole Hansen, Head of Commodity Strategy at Saxo Bank:  Gold’s renewed attempt to challenge resistance has been given some tailwind from another drop in US 10-yr real yields to -0.64%, lowest level (close basis) in 7 years. (see below). 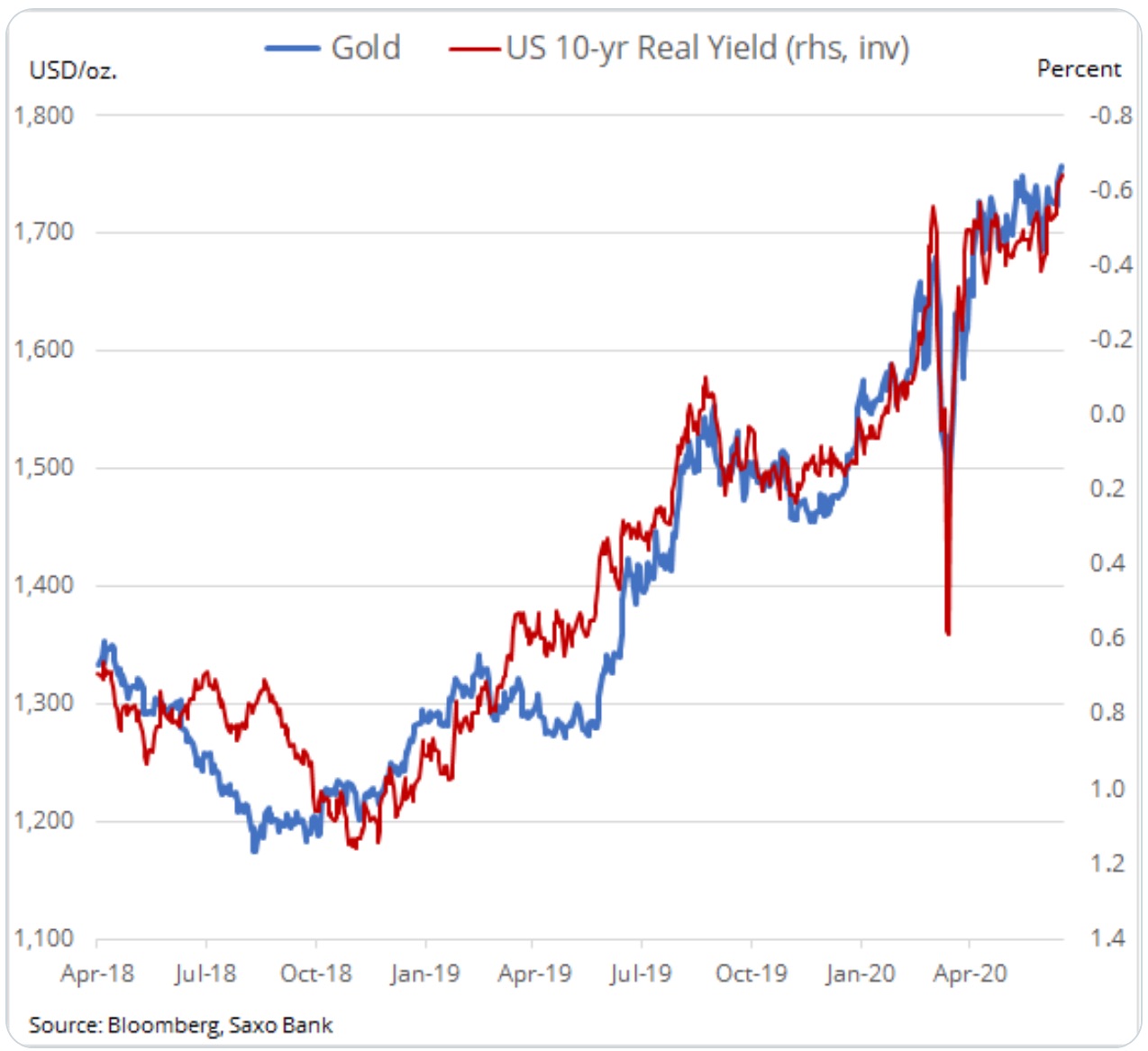 Metals:
Buyers returned to gold for the first time in four weeks with the net long at 143k lots still close to a one-year low. It was one of the few commodities benefiting from the temporary risk off that hit other markets during the week. With GCc1 ending last week at $1753/oz, the second highest weekly close in this cycle, the stage has been set for a potential fresh attack from bulls over the coming weeks. Unless hedge funds have moved strategic long futures positions to the currently buoyant ETF market, a breakout is likely to force them back into the market after having halved bullish bets since February. Our latest thoughts on gold can be found in our Commodity Weekly from last Friday.

The risk off sentiment that benefited gold helped drive a 35% reduction in recently established copper longs. 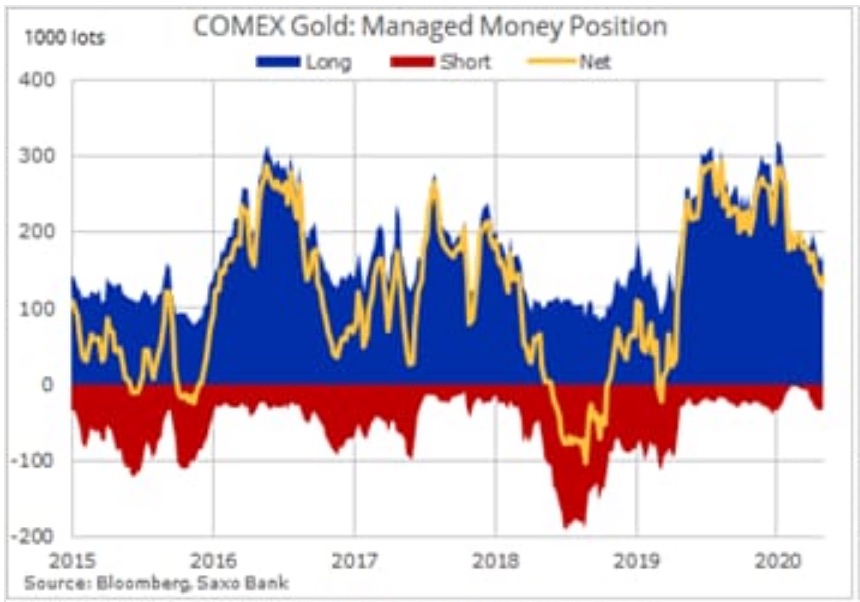 Silver meanwhile saw a 17% increase in bullish bets with the net at 28k lots still some 60% below the February peak. 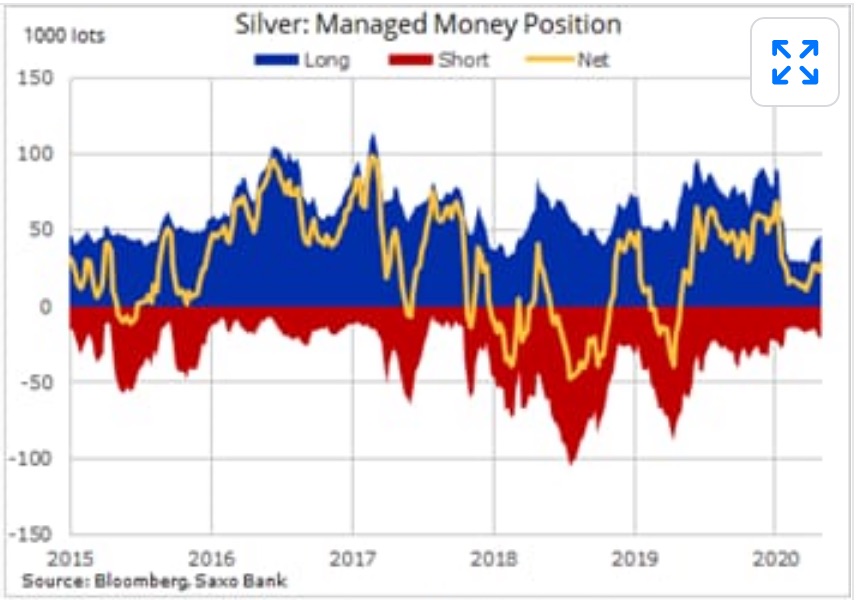 During the coming week the market will be watching some key levels in order to gauge the strength of the latest attempt to break higher. Spot gold is this Monday morning at the current level ($1752/oz) on track to record its highest daily close since 2012. For a breakout to occur the price however needs to move above the  May 18 high at $1765.50.

Silver meanwhile has yet to break any significant levels with a break above $18.50/oz needed for it to attract enough momentum to potentially challenge the 2019 and Feb-20 highs. Also watch the gold-silver ratio for relative strength between the two metals. Following the recent silver weakness which saw the ratio move from 94.5 to back above 100 it is trading lower to to 98 (ounces of silver to one of ounce of gold) this Monday.

Egon von Greyerz
***Also Released: Man Who Predicted The Global Collapse Just Warned The Rally In Stocks Is Over And The Coming Global Devastation Will Be Unimaginable CLICK HERE.