On the heels of a pullback in the silver market, this metric pegs the price of silver at a staggering $900 and over $8,000 for gold! 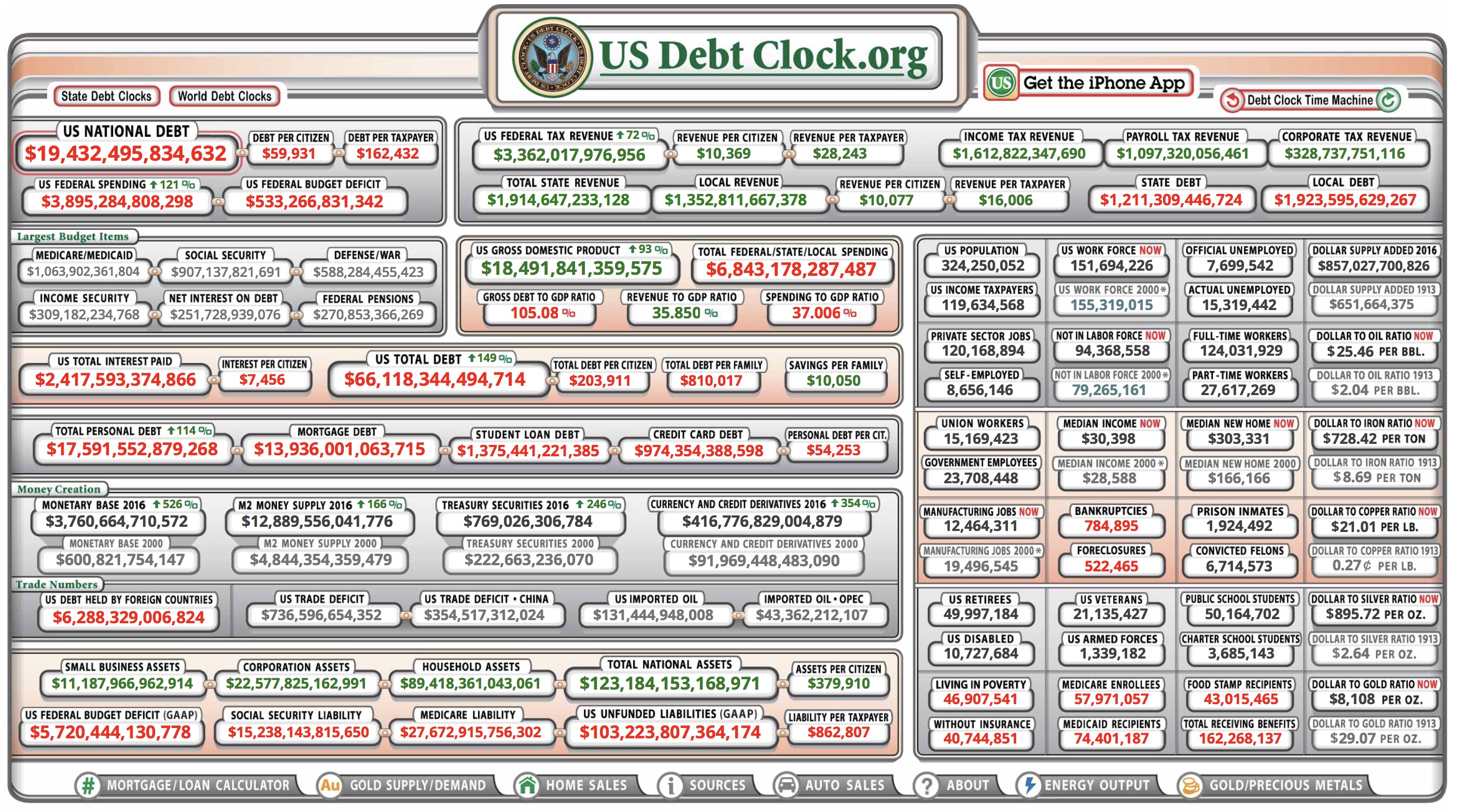 U.S. Debt Clock.org is famous for clocking the ever-increasing U.S. debt.  But look at where their key metrics peg the prices of gold and silver. For those who have a hard time seeing the key portion of the above chart showing the dollar to silver ratio and the dollar to gold ratio, take a look at the staggering figures highlighted below in green:

Prices of Dollar To Silver & Gold Ratios highlighted in Green! 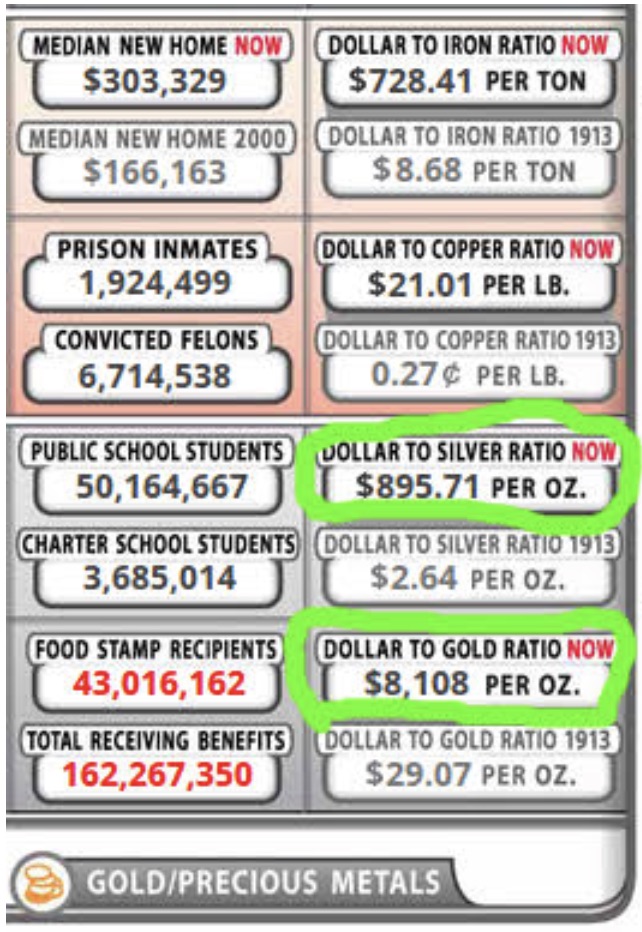 The chart above was sent to us by one of our loyal KWN readers and it gives you an idea of how extreme the U.S. government gold and silver price suppression scheme is while we continue to print undreamed of amounts of money in the greatest monetary experiment in history.

Look At This Shocking Premium In The Silver Market, Plus A Look At Gold’s Critical Level