On the heels of the continued selloff in the gold and silver markets, Michael Oliver says this is the gold number to avoid, plus much more.

Gold Number To Avoid
November 23 (King World News) – Michael Oliver, Founder of MSA Research:  MSA issued a number to avoid several months ago at $1709.  It was not triggered.  That same level, adjusted up for this month is $1753.7.  If seen it could spark sharp selloff…

Gold & Silver Cycle Low
Graddhy out of Sweden:  Gold & Silver are pushed down into a probable cycle low here, but miners are holding so far.

Don’t Be A Fool On Manufactured Gold Selloff
Fred Hickey:  Anybody that gets stampeded out of positions by these hedge funds on a narrative that Powell is a “hawk” is a fool. This is the most irresponsible Fed in US history. Printed trillions of dollars. Inflation highest 31 years. Real rates more deeply negative since early 70s (gold bull market).

Gold’s Oversized Negative Reaction
Ole Hansen, Head of Commodity Strategy at Saxo Bank:  Gold’s oversized negative reaction to yesterday’s Powell’s renomination primarily caused by the rapid build in speculative longs before, and especially after the US CPI shocker. Selling pressure will persist until it has been reduced. 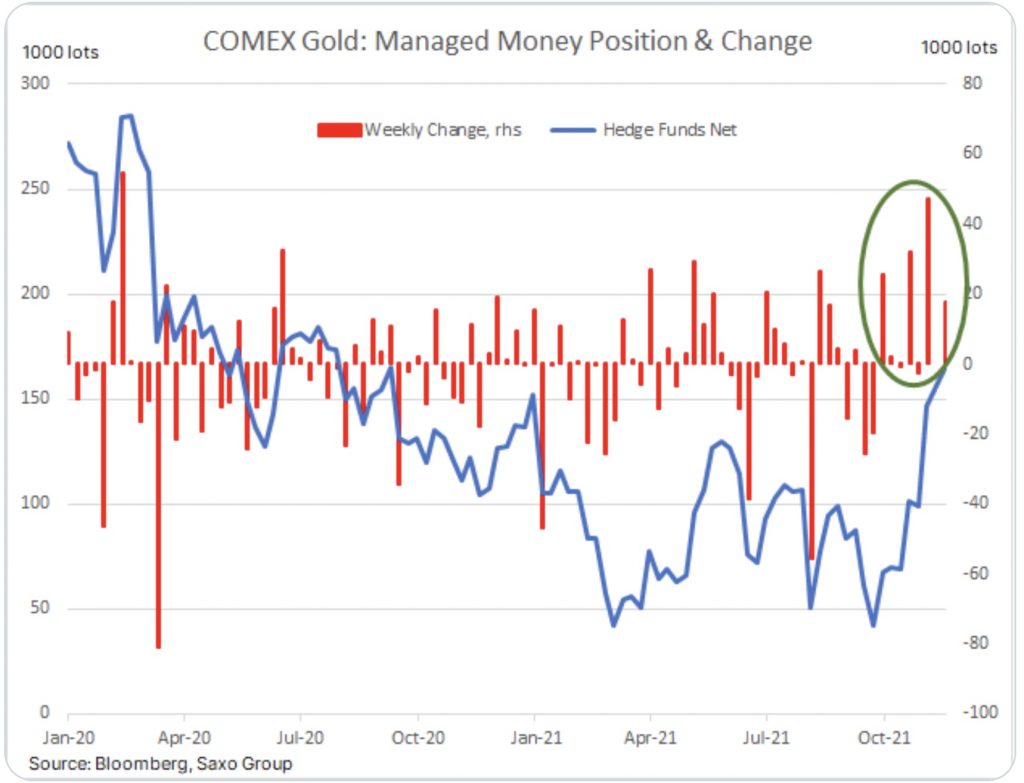 Orwellian World
Thorstein Polest:  “All tyrannies rule through fraud and force, but once the fraud is exposed they must rely exclusively on force.” — George Orwell (1903-1950)

Pomboy Betting On Gold And Against The Fed
Stephanie Pomboy:  The idea–being expressed in gold and the 10-yr– that Powell is somehow tough (or just tougher than Brainard would have been) is laughable on its face. I’ll place my wager right now that the Fed doesn’t complete its taper before it is ‘forced’ to reverse course.

The Hard Truth About Paper Money
Peter Brandt:  Throughout history Central Banks/governments have attempted to inflate debt out of existence – that’s just beginning in the U.S. Germany tried it a hundred years ago The Reichs Mark was destroyed. Purchasing power of Gold held its value. 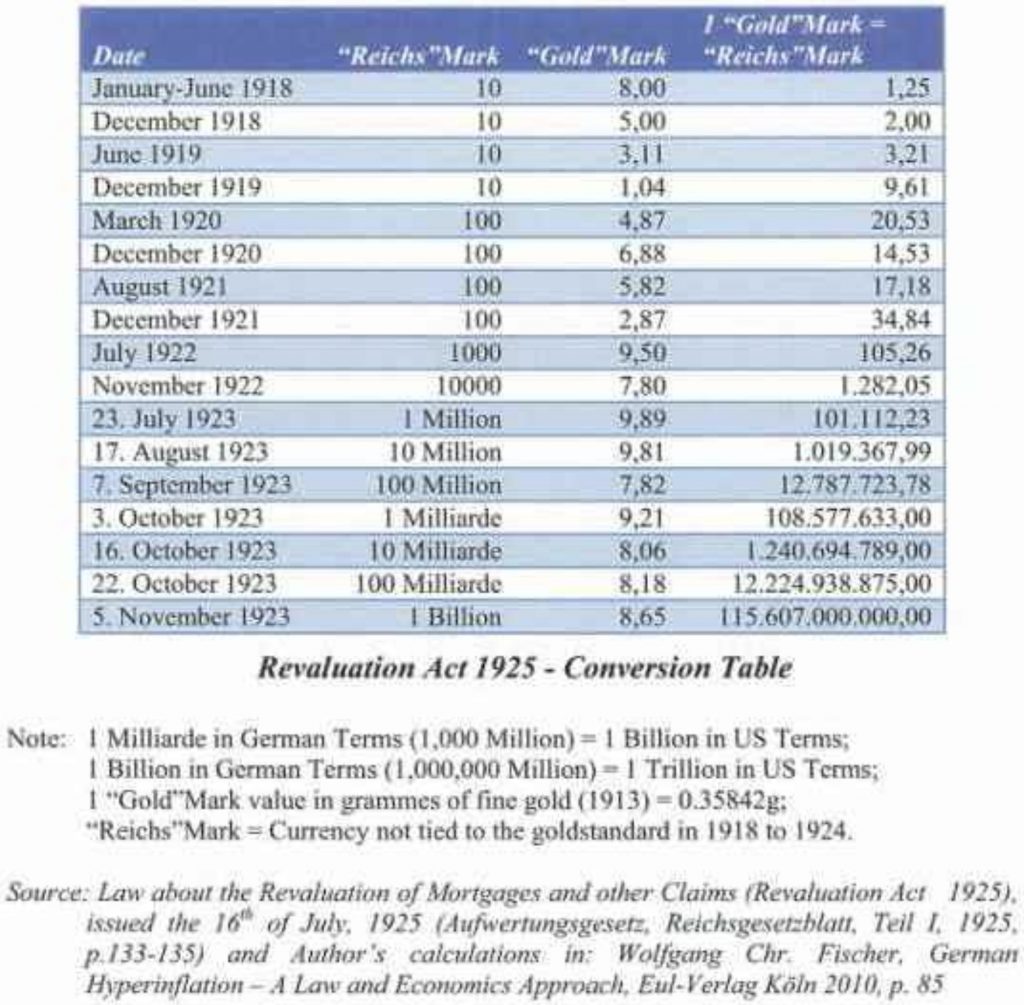 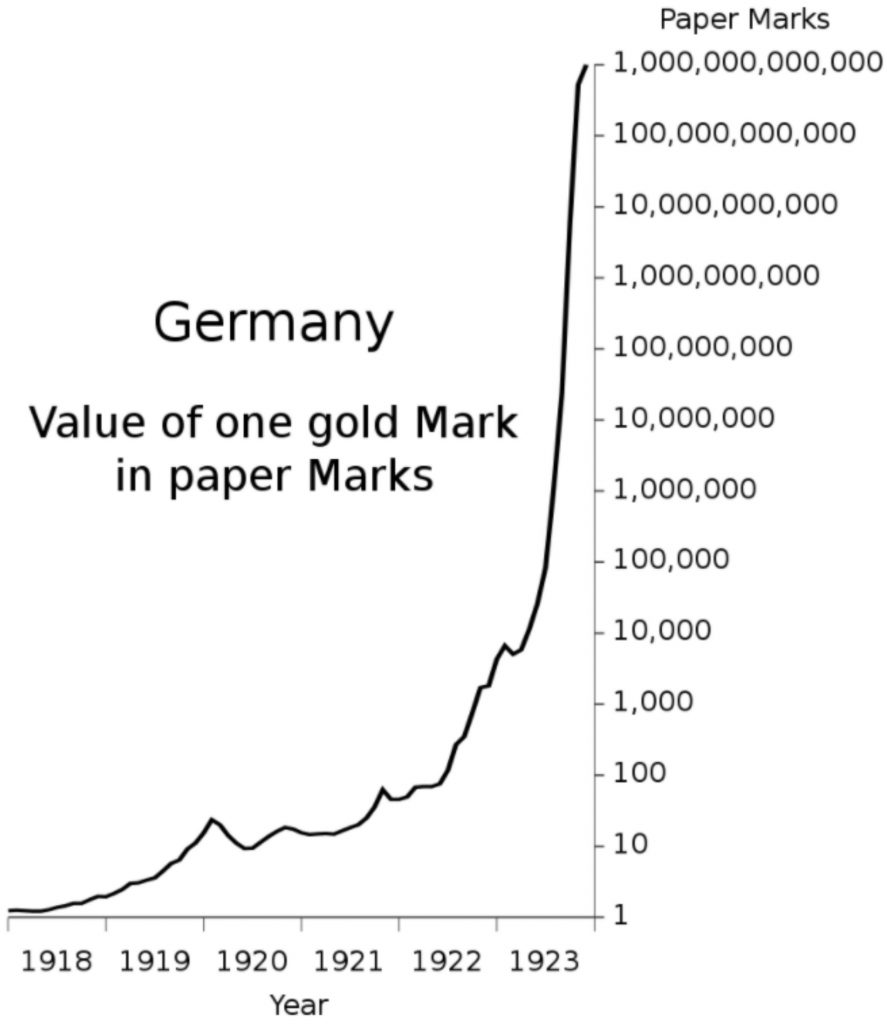 This Will Create Utter Chaos