On the heels of gold plunging $100 after a COVID vaccine was announced, look at where the 6th war in gold will be fought.

November 9 (King World News) – James Turk:  It is clear from today’s market action, Eric, that the central planners want to keep gold under $2000. Doing so makes it easier for central banks to print more money.

All assets are sensitive to this money printing. In other words, everything goes up in price when more currency is put into circulation. But not all assets are viewed the same way by the central planners. They don’t mind if the stock market shoots up because of money printing. But their view about gold is different…

Gold is the so-called ‘canary in the coal mine’. When the gold price rises, people understand that it is an inflation warning that their hard-earned dollars and other currencies they are holding are losing purchasing power.

So gold gets attacked, but the stock market, copper, crude oil, soybeans and everything else that went up in price today does not. There are simply too many markets, and central banks can’t fight all of them. They focus their resources on their fight against gold, the most important market because it presents the biggest threat to today’s fiat currency regime, which serves the vested interests of the central planners.

Central banks work hand-in-hand with their government protectors to fight price rises in other assets by doctoring cost of living increases and then underreporting the true rate of inflation, leaving consumers trying to figure out why they are not able to live as well as they did in the recent past. Inflation is an insidious process that can go largely unnoticed over a long period of time until eventually people wake up to what they have lost. To help prevent that awakening from happening, central banks keep capping gold.

So central banks have won another battle today. In fact, as we can see on this chart, they’ve won five battles in a row against gold, with the solid red line showing where the sixth battle will be fought. 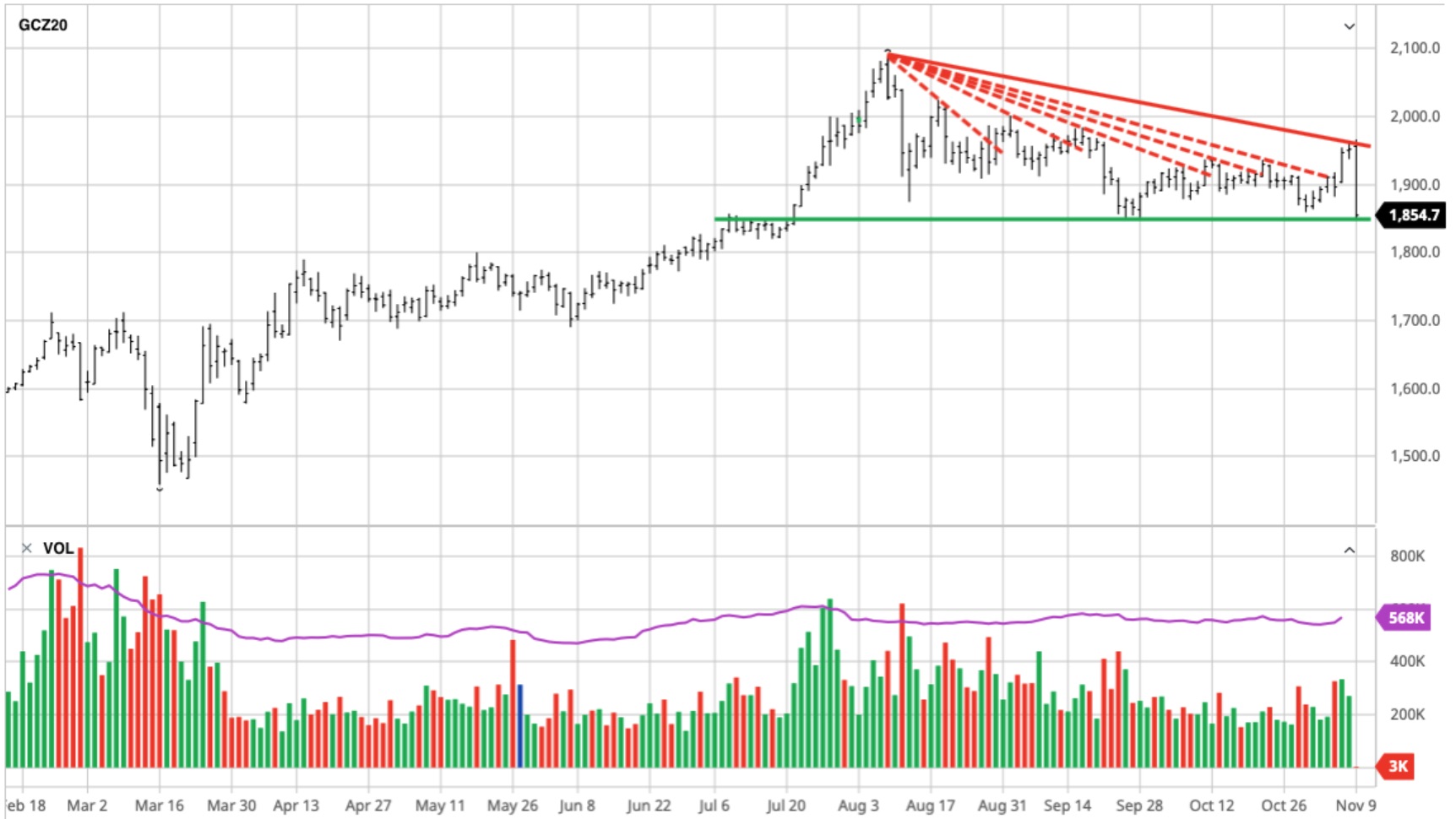 Each time a downtrend line is broken, they push gold back into long-term support. Gold has again retreated in order to regroup, and the war continues.

Importantly, history shows that gold always wins – eventually. In fact gold is winning this year as is clear from its price uptrend from the March low, another period when gold got up from the canvas and dusted itself off to fight another battle.

So my long-term recommendation, Eric, remains the same as it has since I launched Goldmoney 20 years ago when gold was about $300 per ounce. Buy physical gold and silver. It is the best way to save money in a world of fiat currencies that are losing purchasing power.