Many people are wondering what is driving the crazy trading action in gold and silver?  Below is important information that will give all KWN readers a look at what is influencing the price of gold and silver in the short-run.

Below are two brief notes from Clive Maund along with the latest COT reports for both gold and silver.

The latest gold COT chart shows another sizable ramp in Commercial short and Large Spec long positions, after a significant increase last week. This increases the probability of a reaction here, and there is certainly room for one given that gold is now a little overbought as shown by the MACD on its 6-month chart. While it is normal for Commercial short and Large Spec long positions to increase on a rally, the problem here is that they are rising too far too fast, and a similar problem exists with silver. 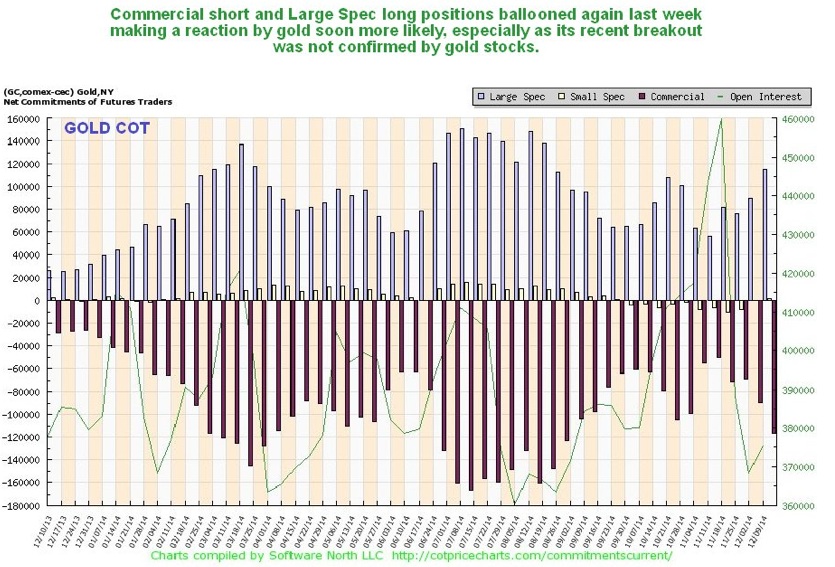 Silver’s latest COT shows marked deterioration from its earlier strongly bullish tone, with Commercial short and Large Spec long positions ramping up substantially over the past couple of weeks, increasing the chances of it reacting back here. 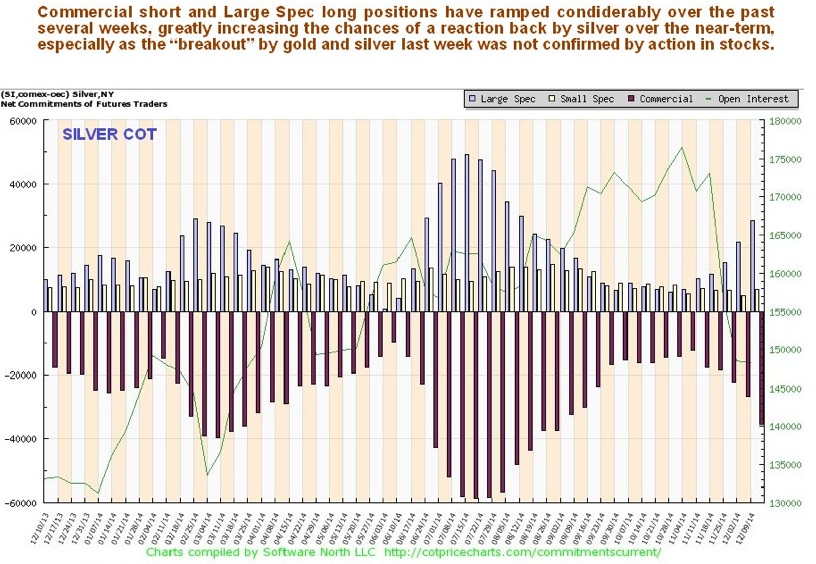