As we get ready to kickoff the second week of trading in May, today the man who has become legendary for his predictions on QE, historic moves in currencies, spoke with King World News about when all hell is going to break loose, plus a rare behind the scenes look at the gold market.

The Big Con
Egon von Greyerz:  “The most expensive investment anyone can buy today is paper gold. For $1,230, an investor will get a piece of paper saying he owns 1 ounce of gold. But he is unlikely to ever see that gold…

Firstly, most investors who buy paper gold have no understanding of the real reason for holding gold and will therefore never contemplate taking delivery. And even if they did understand the importance of holding real gold, they are quite happy to hold the surrogate alternative which is paper rather than physical. This is of course what the issuer of the paper gold wants. These entities knows that paper gold buyers have no intention of taking delivery. This is perfect for the seller because they have no intention of making delivery either. And this is how paper markets function. Buyers and sellers are willing to trade pieces of paper that are said to represent an underlying instrument whether it is a stock, bond currency or commodity.

Phony Paper Markets Won’t Last
But paper markets are illusory. They give the impression that the buyers acquire a real share in the underlying instrument. That would be the case if each unit of, for example, a currency or gold was backed by real money or real gold. But in today’s false markets that is far from the case. We live in a world of the Emperor’s New Clothes. The people are made to believe that the emperor is dressed in a suit made of gold, while in fact he is naked. And that is exactly how markets function today. Shorts are always naked, which means that there is never an underlying asset backing the short sale. What the buyer is getting is a piece of paper with zero intrinsic value.

This is a perfect situation for central banks, banks and major trading houses such as hedge funds. With sufficient capital, they can manipulate any market without ever worrying about delivery. The result is markets which are totally fictitious that bear no resemblance to the instrument that is traded.

That is why the price of a paper commodity has nothing to do with the underlying instrument. Paper trading can be leveraged hundreds of times or more, and whatever the price the paper market trades at sets the price for the actual commodity. Thus, the paper market sets the gold price. The gold price is the paper price that the false gold market trades at.  That has very little to do with the price of gold, which is what the physical market would trade at if there was not a manipulated paper market. But buyers and sellers are not concerned about the real price of gold because they have no intention of owning the physical since they don’t truly understand its function. 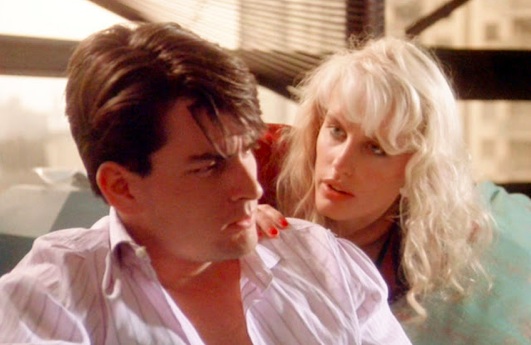 When you’ve had money and lost it, it can be much worse than never having had it at all!
— Darrien Taylor, Wall Street

“All Hell Will Break Loose”
But one day there will be this little boy who will shout out “The Emperor is naked,” and then all hell will break lose. At that point, all holders of paper gold will ask for delivery, and just like the Emperor, they will find out that there is no gold left in the vaults. By then the manipulators will have lost control of the market and the gold and silver prices will go “no offer.” This means that gold will not be offered for sale at any price because there won’t be any for sale.

The short sellers, mainly bullion banks and futures traders, will fail since they can’t fulfill their contract and the buyers will receive no gold. The market will then become a physical market with price being determined by the holders of physical gold. Economic power will then follow the same route as we have seen physical gold travel in the last 10-15 years. The Silk Road countries such as China, India and Russia, will then gradually dominate the financial system with their gold and their currencies.

The financial system of the debt laden West will implode and this will likely bring an end to the current economic and cultural cycle in the West. The time this will take depends on many factors and is hard to forecast. Von Mises expressed it very well:

The $2.5 Quadrillion Nightmare
We have already gone past the point when a voluntary abandonment is possible. Therefore, a total catastrophe seems more likely. With the biggest global debt bubble in history it could go very fast. Global debt, liabilities and derivatives of over $2.5 quadrillion can implode very quickly. We must remember that global GDP is only $70 trillion and total debt is 35x greater.

So, gradually, economic power will be transferred from the bankrupt Western economies to the countries that have patiently been buying major quantities of gold over a long time. I am not saying that the Silk Road countries will be without suffering during this downturn. The whole world will be severely affected, including China with its massive debts and export dependent economy. But the Silk Road countries will emerge as the dominant power after the initial severe shock.

Coming back to the price of gold, I regularly meet up with our partners in the gold markets, primarily the refiners and the vaults. It is good to be reminded of the massive amount of work and the skill that goes into producing and safekeeping every ounce of gold. But before that the gold must of course be mined, which in itself is a very labor and capital intensive industry. Gold mining was, up to 1970, dominated by South Africa, which then produced over 3/4 of all gold or 1,000 tonnes. Today South Africa only produces 5% of global gold or 160 tonnes. The biggest producer is now China with 450 tonnes. 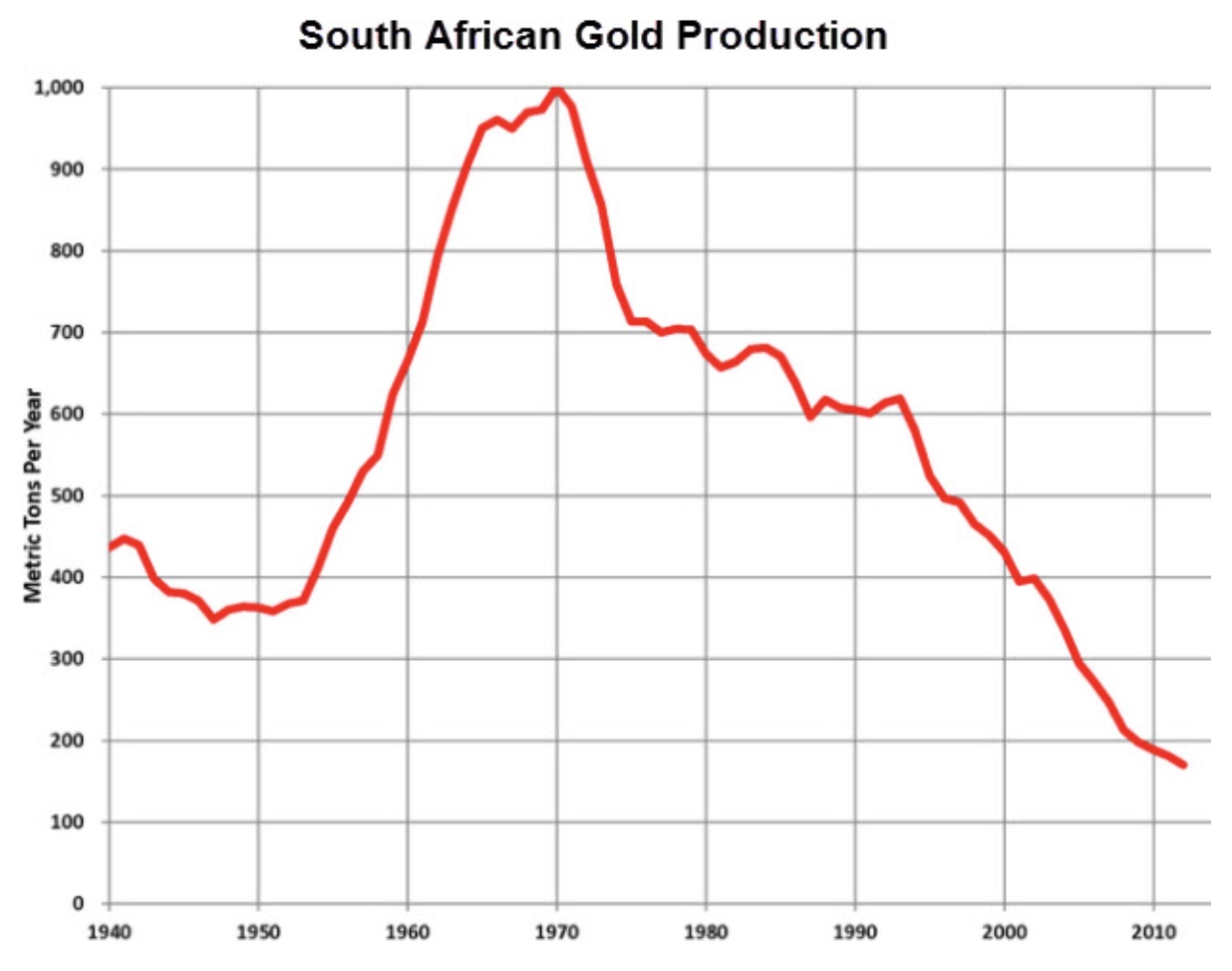 40-50 years ago, the average gold grade per ton of ore was up to 20 grams. Today it is less than 0.5%. This together with higher energy prices has increased the cost of producing gold dramatically. Refiners receive doré bars from the mines which have an average gold content of anywhere from 10% to 70%. The balance is mainly silver. 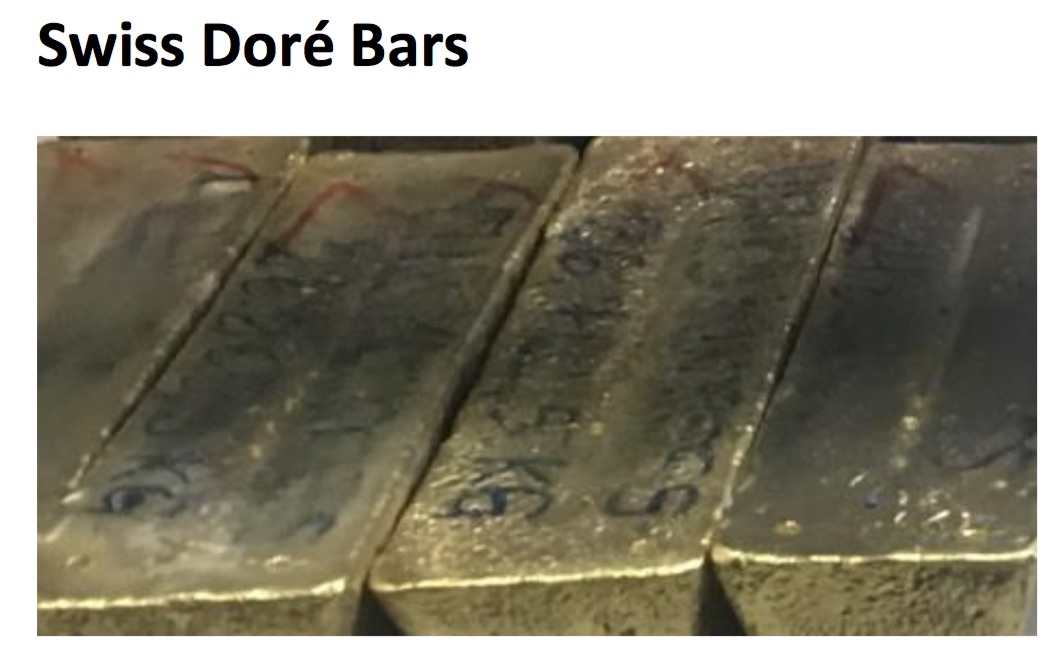 The Swiss refiners produce 60-70% of the gold bars in the world. There are four major Swiss refiners, Argor, Valcambi, PAMP and Metalor. Three of these are in Ticino, which is the Italian part of Switzerland. The major reason for this location was the Italian jewelry industry, which used to dominate global jewelry production for a very long time. This is no longer the case but Switzerland has continued to dominate gold refining. Gold is today a major Swiss industrial sector and accounts for 29% of Swiss exports. Combined with a number of major gold vaults and a big domestic gold trade, this is a very important industry. This is why Switzerland is unlikely to ever confiscate gold. Why would they kill the Swiss goose that lays such valuable golden eggs?

Gold refining is a precision industry. There is zero tolerance to produce a 9999 (99.99%) content gold bar of exactly 1 kilo. Once the gold has been refined and the bars cast and stamped, the final process is to weigh each bar manually and shave off exactly the right amount of a gold flake so that the bar weighs a very tiny fraction over 1 kg. To maintain their reputation, Swiss refiners will always be slightly over. Anything that is a fraction under is obviously rejected and recast. 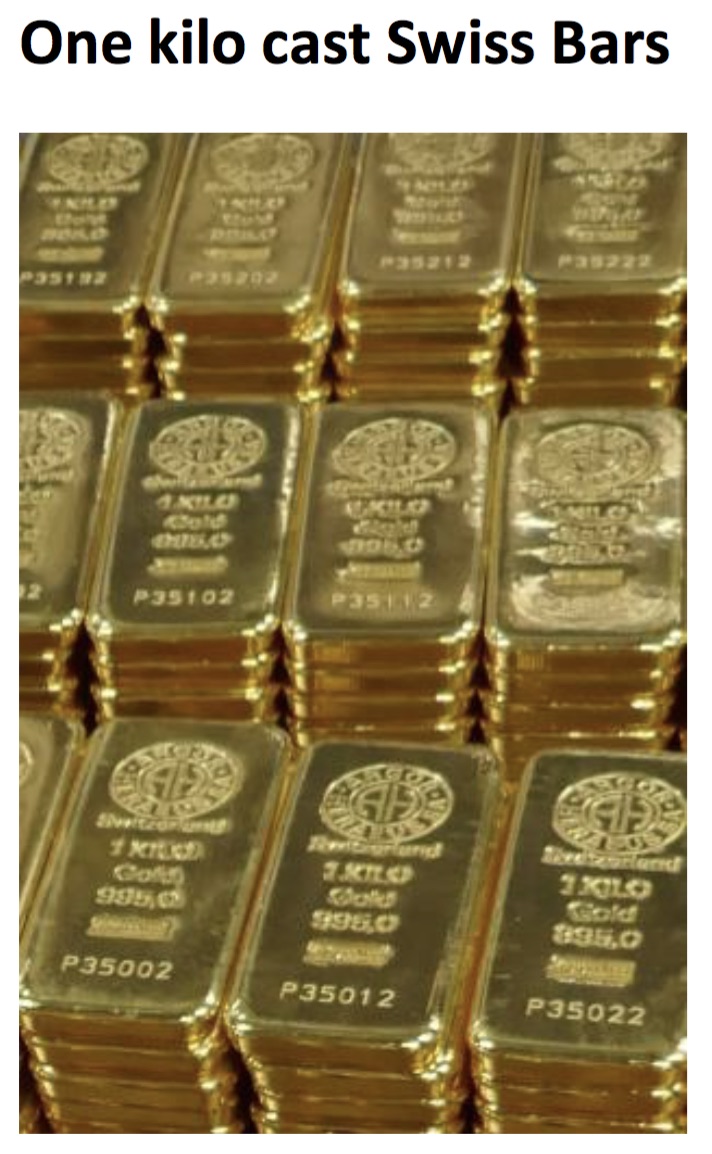 Anyone who has visited a Swiss gold refiner will realize the amount of work and precision involved in producing every single bar whether is cast or minted. This is why Swiss .9999 gold has the reputation of being the best in the world.

As I discussed above, the gold price is the paper screen price at which paper gold can be traded, say $1,230.  Depending on who the buyer is and the quantity, the wholesale price for this kilo bar might be just $1-2 higher than the paper price. This is just a ridiculous price difference when you consider the amount of work that is involved in producing this bar.

Gold Price Will Be Many Multiples Of Current Levels
Bearing in mind the superior quality of refining and vaulting of gold in Switzerland, it is not a surprise that the country has such a high reputation in this sector. And the day the gold price reflects the real price of gold, the Swiss gold industry can name their price for gold and vaulting.  It is certain that this price will be multiples of current levels.

***ALSO JUST RELEASED: Legend Warns This Is The Terrifying Thing About This Mania CLICK HERE.