HAPPY NEW YEAR! – Stunning Ways The World Rings In 2015
After a turbulent year, many could be forgiven for saying good riddance to 2014 and gratefully ringing in a new year.
Across the globe, revelers looking for a respite from the gloom converged on the beaches of Brazil, the shores of Sydney harbor and New York's Times Square to welcome 2015. A look at how the world is celebrating:
— 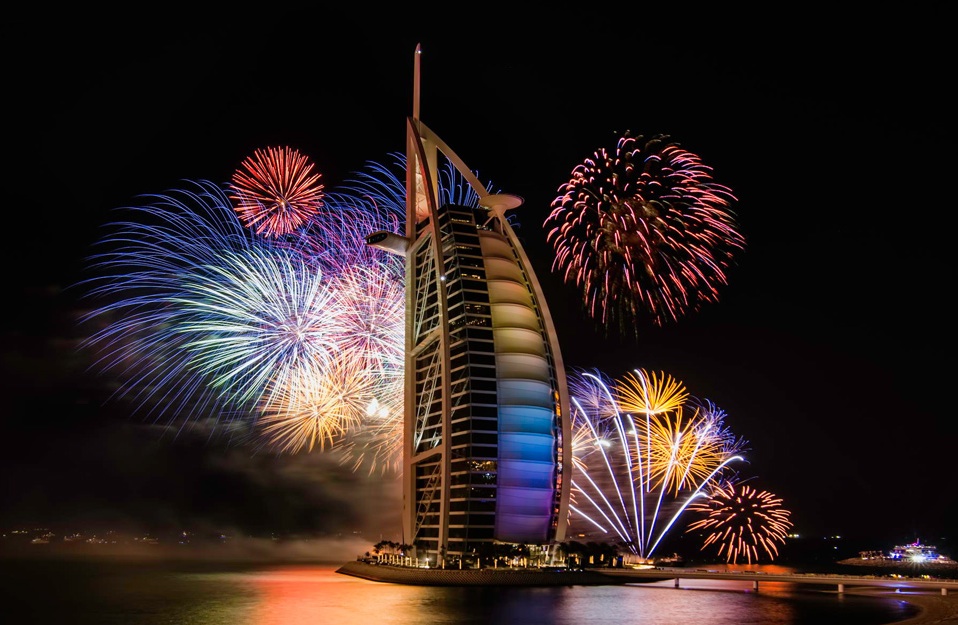 BREAKING A BRIGHT RECORD IN DUBAI
The Gulf Arab emirate of Dubai was aiming to break the world record for the largest LED-illuminated facade.
Some 70,000 LED panels wrapped around the world's tallest building, the Burj Khalifa, which draws throngs of thousands of spectators every New Year's Eve for an impressive fireworks display.
Emaar Properties said a team from Guinness World Records monitored the preparations. Last year, Dubai won the title for the world's largest firework display, according to Guinness.
— 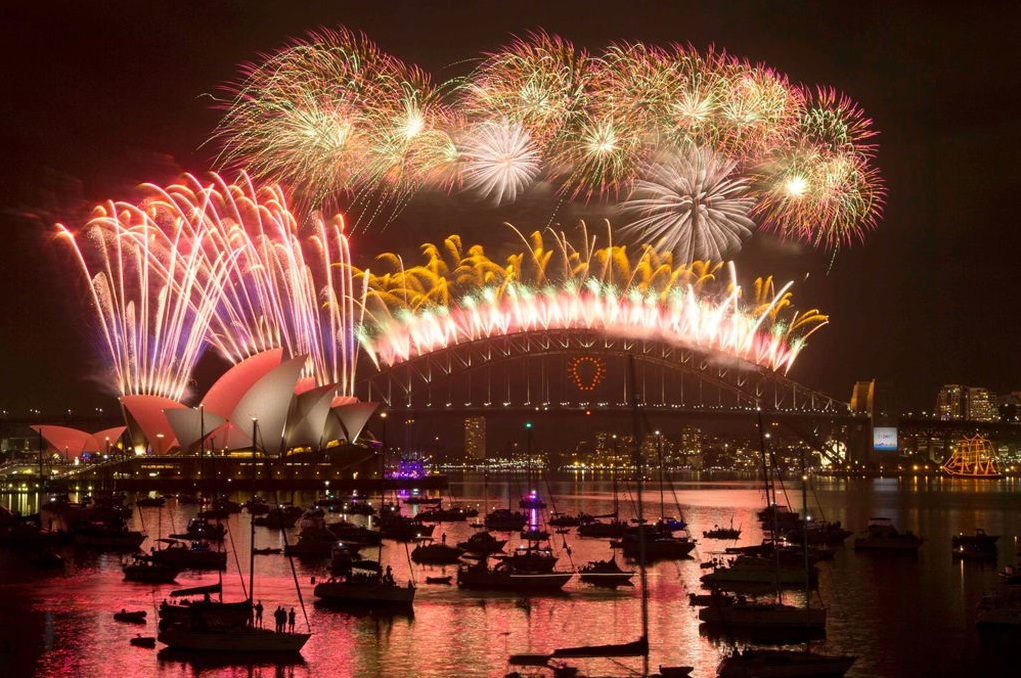 FIRST UP: DOWN UNDER
Sydney takes pride in being one of the first major cities in the world to welcome each new year, and it greeted 2015 in its trademark glittery fashion — with a tropical-style fireworks display featuring shimmering gold and silver palm tree pyrotechnic effects.
More than 1.5 million revelers crowded along the shores of the city's harbor in warm summer weather to watch the vivid eruption of light over the Harbour Bridge, Opera House and other points.
At midnight, the crowd cheered as a 12-minute firework display was launched. A tribute to two hostages killed in the December siege inside a downtown cafe was displayed on the pylons of the Harbour Bridge during the main fireworks display.
—
TOSSING REFRIGERATORS OUT OF THE WINDOW?
In South Africa's largest city, Johannesburg, New Year's Eve has historically brought an increase in petty crime and vandalism. In the city's Hillbrow district there has been a strange, and dangerous, tradition of throwing unwanted items, like furniture and even stoves and refrigerators, out of high-rise apartments. To try to make the holiday safer in the inner-city, the Joburg Carnival was launched three years ago.
—
NO SPLASHY PARTIES FOR INDIAN MINISTERS
Indian Prime Minister Narendra Modi and his Cabinet are working both Dec. 31 and Jan. 1 in keeping with his promise of "good governance." Government ministers canceled travel and celebration plans and were asked to stay away from splashy parties and celebrations.
— 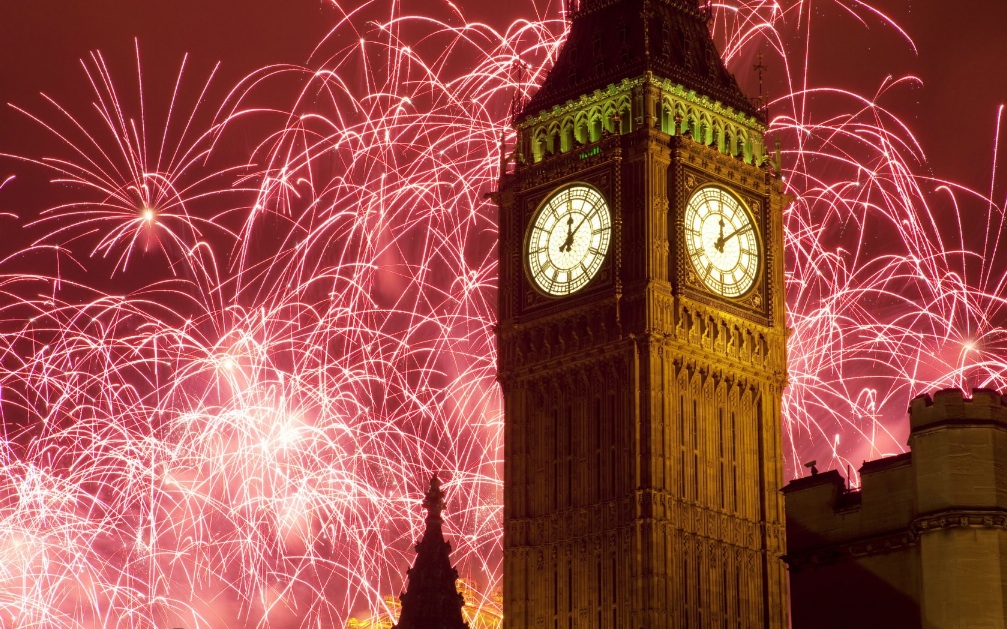 BIG BEN BONGS IN THE NEW
In London, hundreds of thousands of people were expected to line the River Thames for a fireworks display timed to the midnight bongs of Big Ben, Parliament's famous bell.
Revelers in the Scottish capital, Edinburgh, will flood the streets for Hogmanay, one of Europe's biggest year-end celebrations. The three-day festival — derived from Viking celebrations of the winter solstice — began Tuesday with a torch-lit procession of 35,000 people, including marching bands and troupes in full Viking regalia, and a fireworks display atop the city's Calton Hill.
— 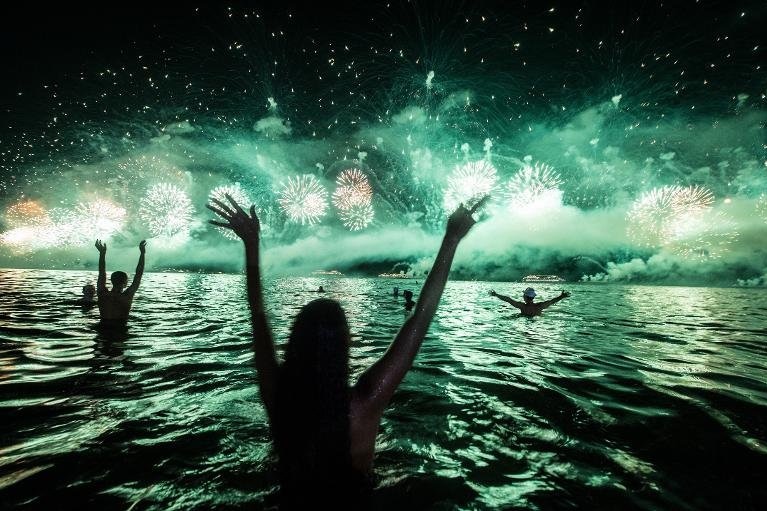 AT THE COPA … COPACABANA
More than 1 million people are expected to flock to the golden sands of Rio de Janeiro's Copacabana beach, where two dozen artists and DJs will perform on three stages. Tourists and locals routinely party until dawn on the beach, staying awake to watch the tropical sun rise for the first time in 2015.
A massive fireworks display blasted from boats in the waters of the Atlantic Ocean will light the sky over the crowd, which traditionally dresses in all white, a Brazilian New Year tradition to bring purification and a peaceful year. Another tradition calls for partygoers to enter the sea up to their knees and jump over seven waves shortly after the New Year begins, for luck.
— 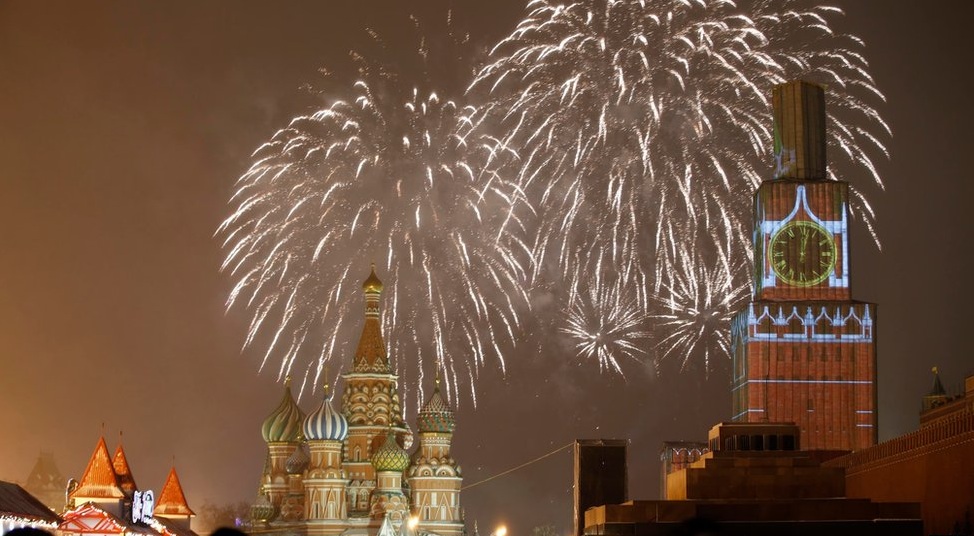 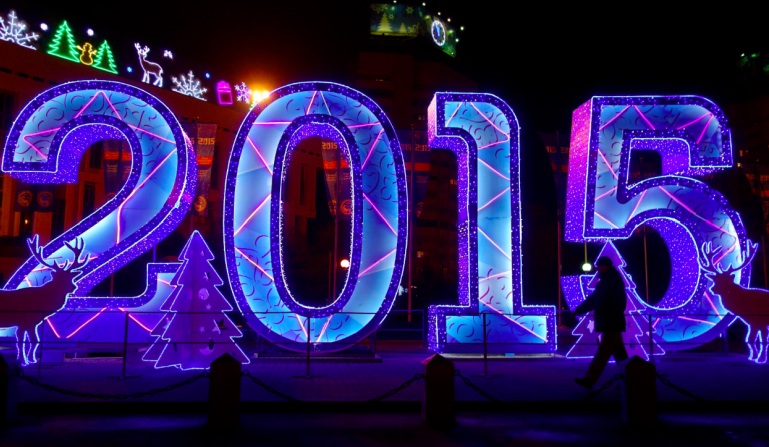 WATCHING THE BALL — OR WHATEVER — DROP
New York will drop its Waterford crystal ball at midnight, in a tradition being increasingly copied across the United States with twists celebrating local icons.
Among the items being dropped: a big chili in Las Cruces, New Mexico; a replica peach in Atlanta; a musical note in Nashville, Tennessee; a large pine cone in Flagstaff, Arizona; an oversized spurred cowboy boot in Prescott, Arizona; a 600-pound (270-kilogram) walleye made of wood and fiberglass in Port Clinton, Ohio; an 80-pound (36-kilogram) wedge of cheese in Plymouth, Wisconsin; and in Escanaba, in Michigan's Upper Peninsula, a replica of a pasty (pronounced PAS'-tee) — a baked pastry filled with meat and potatoes.

Gold May Hit $1,800+ This Week, Gold Stocks Are In For One Hell Of An Upside Move, Plus A Big Surprise!