Today KWN is pleased to share two dramatic charts, one revealing a dramatic spike in fund flows into the gold ETF GLD, and the other showing a major warning on the U.S. dollar.

From Jason Goepfert at SentimenTrader:  “Nearly $1.5 billion has left the most popular high-yield bond exchange-traded fund over the past week. The fund, HYG, has rarely suffered one-week outflows of more than $1 billion. While some funds’ flows are not good contrary indicators, the bond funds are an exception. When there is an extreme flow, the funds most often move in the opposite direction in the weeks ahead.

Where is the money going? Into gold, partially…(see dramatic spike of fund flows into the gold ETF GLD below) 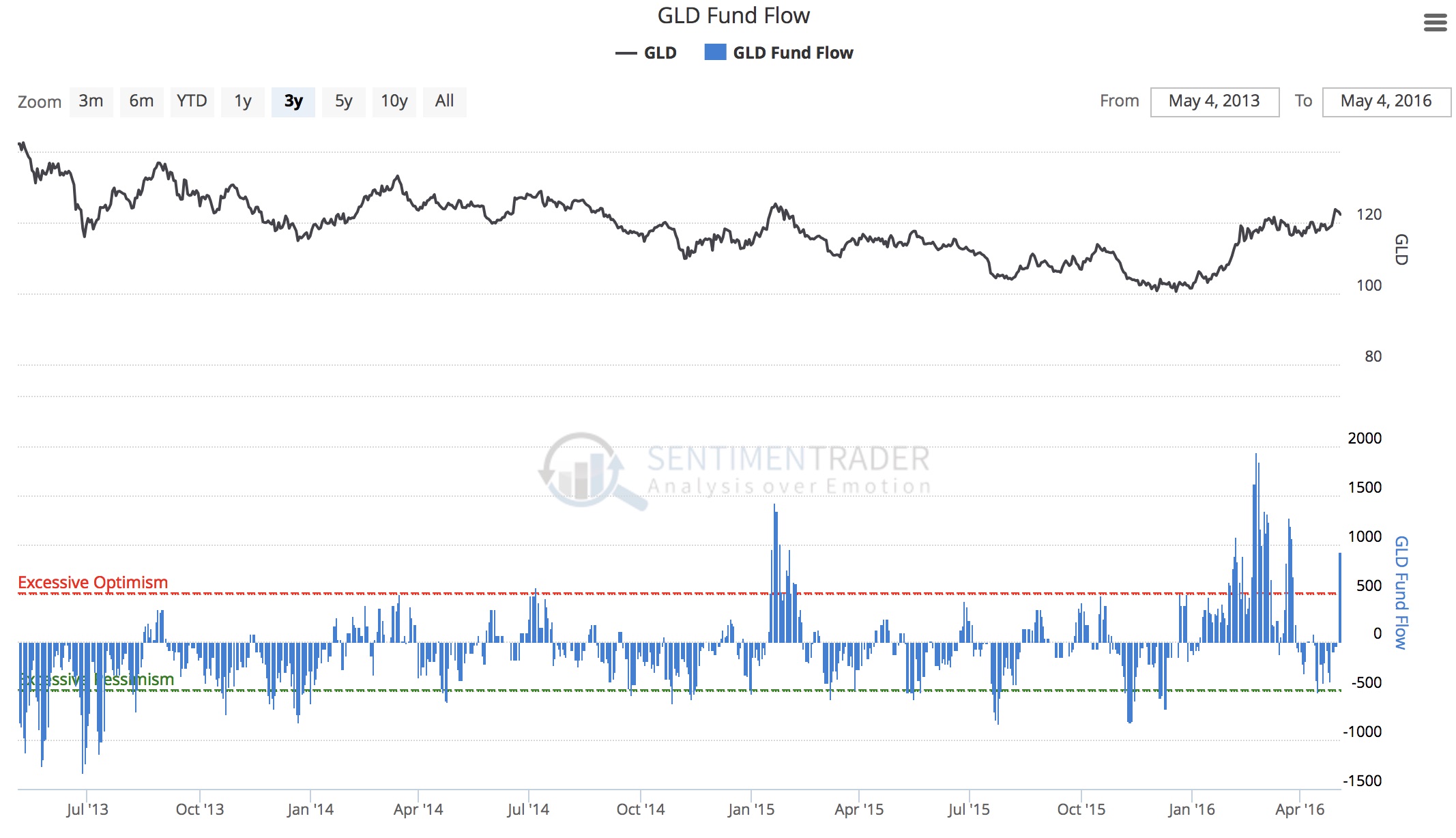 Jason continues:  “…but also into investment-grade funds. The only other time we’ve seen such huge outflows from HYG while LQD saw inflows was in mid- January as stocks were bottoming. Otherwise, the two funds’ flows usually move more or less together.” 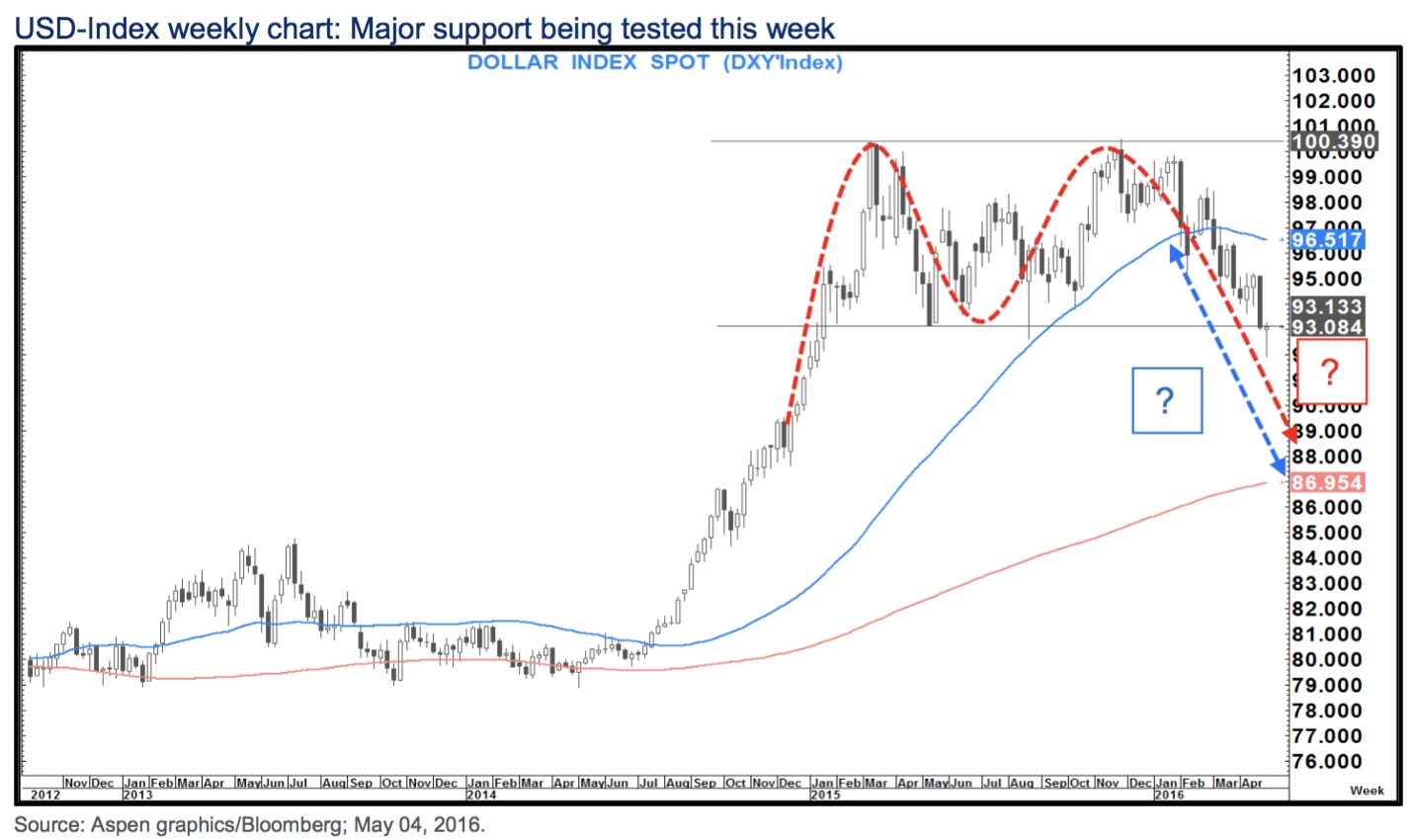 If Fitzpatrick is right and the U.S. Dollar Index does tumble to the 86 level, that will be extremely bullish for gold, silver, and the mining shares.