On the heels of the Dow and the Nasdaq hitting new all-time highs, David Einhorn is bullish on gold as legendary short seller Bill Fleckenstein blast the Fed.

By Bill Fleckenstein President Of Fleckenstein Capital
February 14 (King World News) – Overnight markets were a nonevent, while the stock market here started out the day trying to move higher, but it stumbled on Janet Yellen’s Congressional testimony. Not that she said anything earthshaking, as she merely indicated that, gee, maybe we could have a rate hike in March, but that was enough to set markets in motion, particularly the dollar and bond markets…

However, I don’t think that was really the proximate cause for the small selloff of a few tenths of a percent that the stock market experienced through midday, because that market has zero fear of the Fed. That point was made by the indices themselves, as they turned around and rallied to a gain of about 0.3% by early afternoon. (I had to leave a couple of hours early, so folks will need to check the box scores to see how things finally settled out).

Away from stocks, green paper was quite strong, bonds were hammered, with the 10-year trading back up near 2.50%, and the precious metals were higher, with silver up 1% to gold’s 0.3%.

Truth Without the Consequences
I know I have said it many times already, but I can’t stop myself from repeating it once more. After all the havoc that has been wrought by the Fed and other central banks, all their cluelessness, their threats to raise rates, and inability to do so, it is astounding that they still have one ounce of credibility — but amazingly they still do. 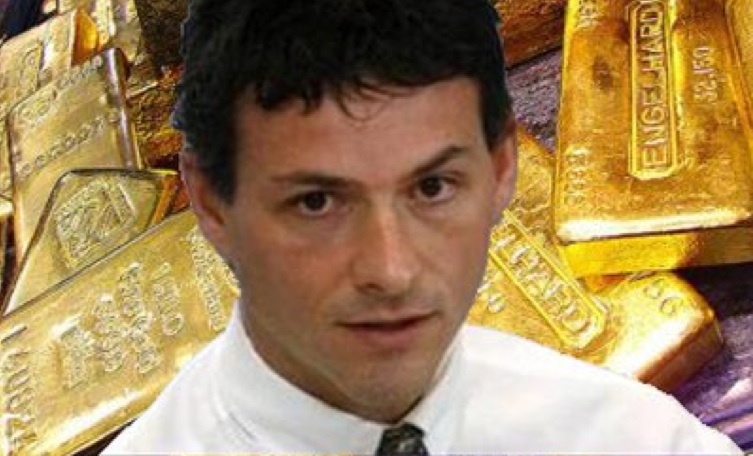 “…we continue to own gold. Our sense is that Mr. Trump doesn’t hold any core policy beliefs and is apt to change his mind as he sees fit. This will lead to more political and economic uncertainty and less stability. There has been a knee-jerk decline in gold since the election, as investors presume that higher short-term rates are good for the dollar and bad for gold. Ultimately, we believe the case for gold is broader: greater economic, geopolitical and policy uncertainties, much wider budget deficits, and the possibility of an inflation problem all support gold…”

Answer from Fleck: “All true.”

Question: Bill, Market observers, including the general public, like to anthropomorphize the stock market. The most recent that I find amusing was the “flirting with 20,000” for the Dow 30. Since 20,000 has been reached, the flirting must have progressed and maybe it’s now the marriage and “honeymoon” stage. A bad break-up or divorce may be in the future. What is your favorite (or most memorable) description or rationalization to explain the market in “human terms”?

Answer from Fleck: “Sorry, I can’t help with that, but my favorite stock market expression was a great broker I met when I was short Japan in 1989. He said he was so bearish on the Nikkei that he was a “seller at zero.” I still love that line.”

Question: Hi Bill, I’m looking at a 3 year chart on the GDX and see we’ve retraced a little more than 50 percent of the previous down leg. Could we be looking at a potential short consolidation and then break out to new highs in the not to distant future? Thanks Bill, Take Care!

Answer from Fleck: “Sure that could happen, but it doesn’t NEED to just because we retraced 50%.”