Today an associate of former U.S. Treasury official, Dr. Paul Craig Roberts, just warned the world is now on the cusp of a financial Fukushima-style nightmare.

Dave Kranzler:  Several “black swans” are looming which could inflict a financial nuclear accident on the U.S. markets and financial system.  I say “black swans” in quotes because a limited audience is aware of these issues – potentially catastrophic problems that are curiously ignored by the mainstream financial media and financial markets…

The most immediate problem is the Treasury debt ceiling.  The Treasury is now projected to run out of cash by mid-summer.  Of course, in the spurious manner in which the markets evaluate the next trade, July may as well be a decade away.  My best guess is that the “market” assumes that, after drawn out staging of DC’s version of Kabuki Theatre, Congress will raise the debt ceiling, probably up to $22 trillion.  Then the Fed will extend its highly secretive “swap” operations to foreign “ally” Central Banks (hint:  Belgium and Switzerland) in order to fund the onslaught of Treasury issuance that will ensue.  Problem solved…or is it?

(Note:  Plan B would be another one of Trump’s bewildering Executive Orders removing the debt ceiling.  Plan B is another form of “fiat” currency issuance)

The second “black swan” seen by some but invisible to most is the ongoing collapse the shopping mall business model, erroneously blamed on the combative growth of online retailing. But when I look at the actual numbers, that argument smells foul. 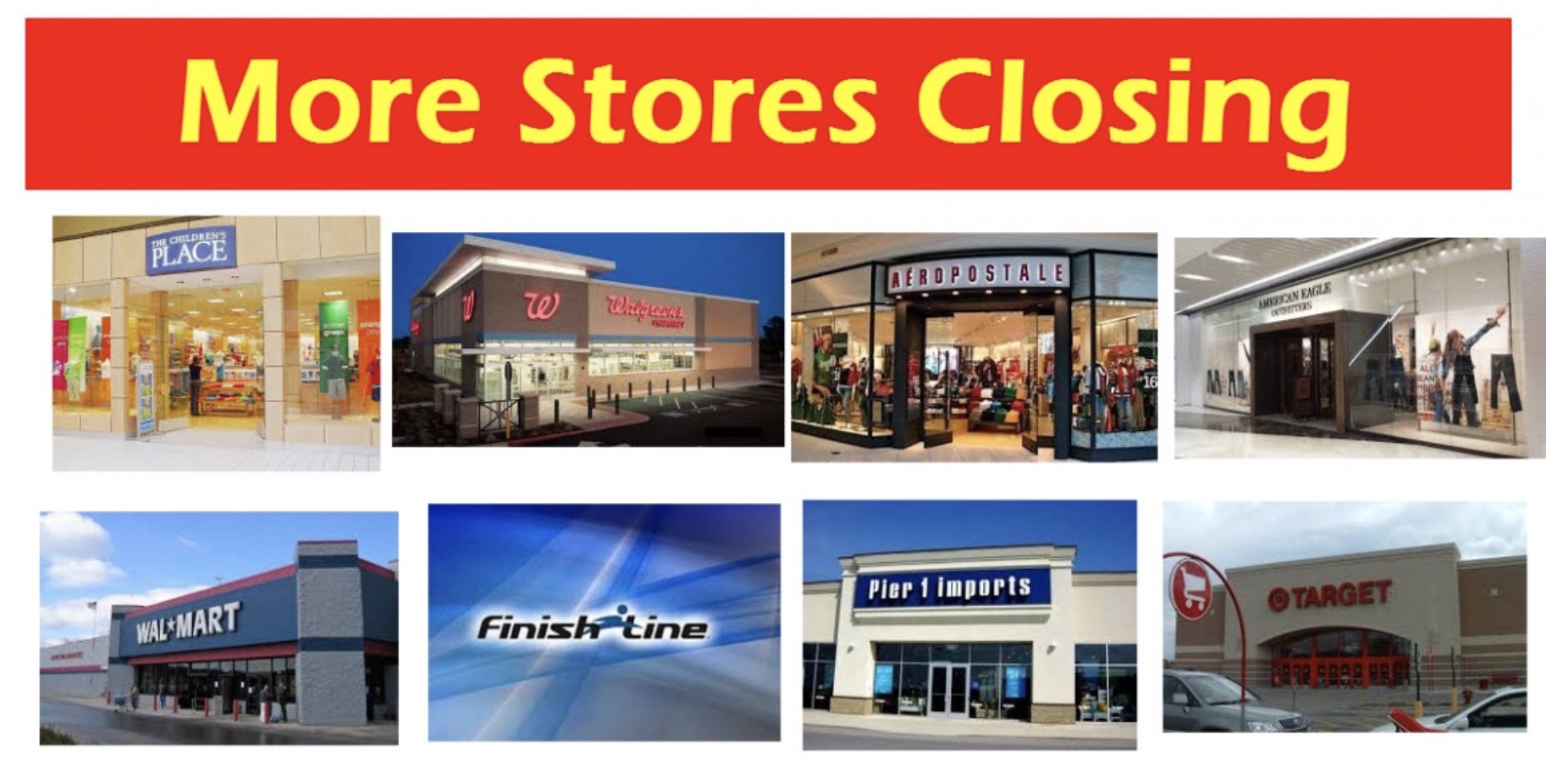 Is Online Retailing Actually The Cause Of Brick/Mortar Retail Apocalypse?

More than 3,500 stores are scheduled to be shuttered in the next few months. JC Penny, Macy’s, Sears, Kmart, Crocs, BCBC, Bebe, Abercrombie & Fitch and Guess are some of the marquee retailing names that will be closing down mall and strip mall stores. The Limited is going out of business and closing down all 250 of its stores.

The demise of the mall “brick and mortar” retail store is popularly attributed to the growth in online retail sales. Too be sure, online retailing is eating into the traditional retail sales

As you can see, there was nominal growth for both brick/mortar and online retailers. My point here is that the spin-meisters present the narrative that online retailers are eating alive the brick/mortar retailers. That’s simply not true.   Part of the problem that the total retail sales “pie” is shrinking, especially when analyzing the inflation-adjusted numbers.  I created a graph on from the St. Louis Fed’s “FRED” database that surprised even me:

The problem with the mall business model is debt.  The mall-anchor retailers who are vacating mall space like cockroaches vacate a kitchen when the light is flipped on have been leveraged to the hilt by the financial engineers who control them who in turn have been enabled by the most permissive Federal Reserve in U.S. history.   Too be sure, online retailing is cutting into the margins of Macy’s, JC Pennies, Sears, Dillards, etc.  But these companies would have no problem “fighting back” if they were not over-leveraged to the eyeballs.

Layer on top of that the leverage employed by the mall REITs and the recipe for a financial crisis larger than the 2008 “big short” mortgage/housing crisis has been created.  To compound this problem, mall owners are now starting to mail in the keys to financially troubled malls:

More mall landlords are choosing to walk away from struggling properties, leaving creditors in the lurch and posing a threat to the values of nearby real estate…[as] some of the largest U.S. landlords are calculating it is more advantageous to hand over ownership to lenders than to attempt to restructure debts on properties with darkening outlooks (LINK).

But it gets worse. I referenced the consumer’s ability to borrow in order to spend money. Economic activity in the United States has relied heavily on an increasing amount of debt issuance for several decades. At some point consumer borrowers reach a point at which they can no longer support taking on more debt, whether in the form of mortgages, auto loans/leases or credit cards. The problem for the U.S. financial system is that there will be widespread defaults on the consumer debt that’s already been issued.   The average U.S. household has “hit a wall” on the amount of debt it can absorb.  This is why restaurant and retail sales are dropping and why auto sales have rolled over.  All three will get worse this year.

This Will Crush The Pensions

Finally, the third “invisible” black swam is the looming pension crisis.  A colleague of mine who works at a pension fund did a study last year in which he concluded that, because of the extreme degree of public pension underfunding, a 10% decline in the stock market for a sustained period – i.e. more than 3 or 4 months – would cause every single public pension fund to blow up.  As he has access to better data than most, he also surmised that the degree of underfunding is 2-3x greater than is publicly acknowledged by the mainstream media (see this article for instance:  Bloomberg claims $1.9 trillion underfunding).

Circling back to the mall/REIT ticking time-bomb, while the Fed can keep the stock market propped up as means of preventing an immediate nuclear melt-down in U.S. pensions (all of which are substantially “maxed-out” in their mandated equities allocation), the collapse of commercial mortgage-back securities (CMBS) will have the affect of launching a nuclear sub-missile directly into the side of the U.S. financial system. 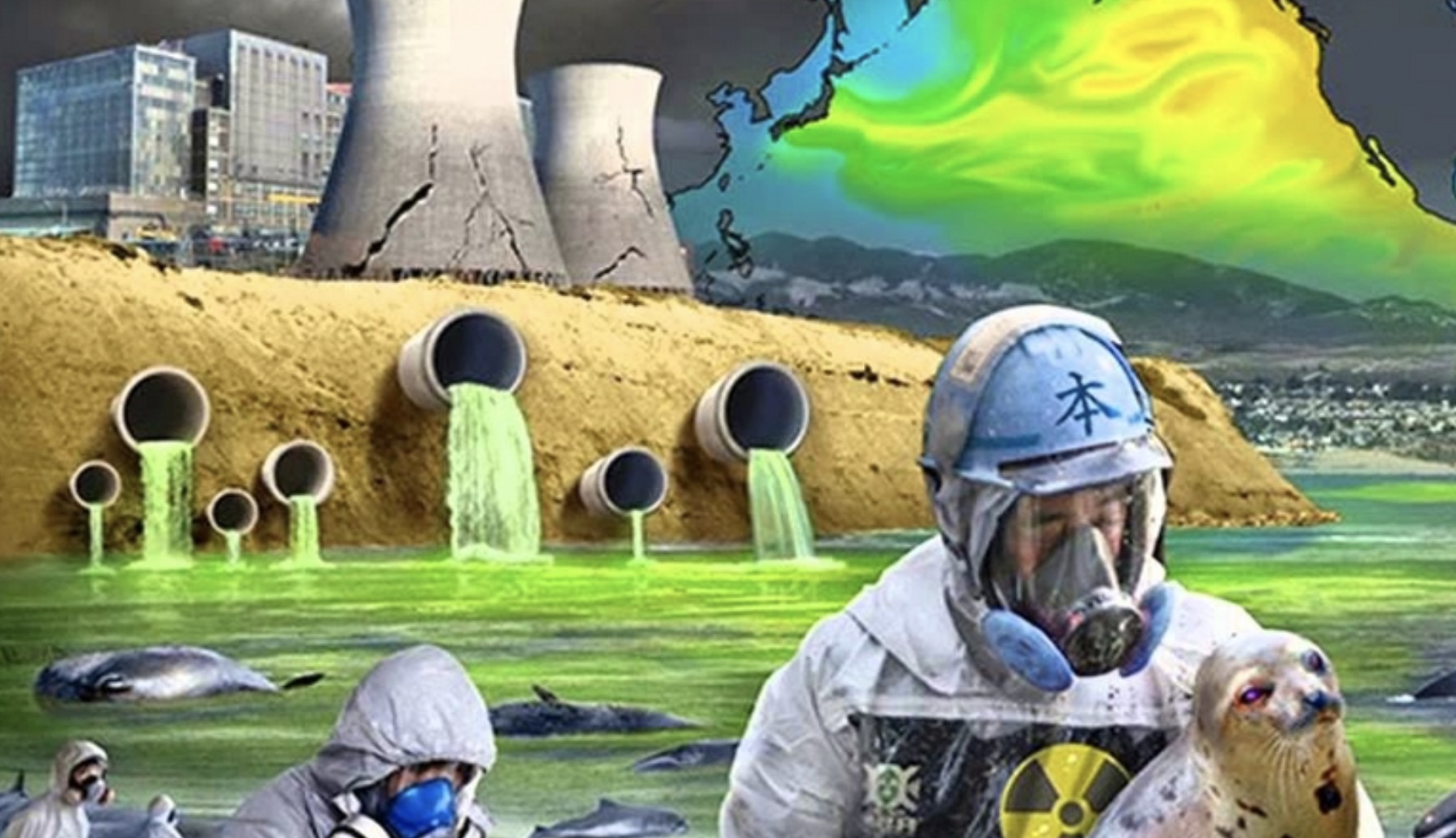 The commercial mortgage market is about $3 trillion, of which about $1 trillion has been packaged into asset-backed securities and stuffed into yield-starved pension funds. Without a doubt, the same degree of fraud of has been used to concoct the various tranches in these CMBS trusts that was employed during the mid-2000’s mortgage/housing bubble, with full cooperation of the ratings agencies then and now.  Just like in 2008, with the derivatives that have been layered into the mix, the embedded leverage in the commercial mortgage/CMBS/REIT model is the financial equivalent of the Fukushima nuclear power plant collapse.

It’s a  matter of time before a lit match hits one of the three lethal powder-kegs described above.  This is why the bank stocks were hit particularly hard last week when the Dow was in the middle of its 8-day losing streak.  Of course, all it took to spike the Dow/SPX higher was a couple of immaterial “consumer confidence” reports in order to reflate the stock market with some “hope.”   Don’t forget, the last time consumer confidence high-ticked was in 1999, right before the tech bubble imploded.

Unfortunately, the next financial catastrophe that is going hit the system, and for which the Fed is helpless to prevent, will make everyone yearn for just the tech bubble or “big short” bubble collapses.   Meanwhile, the stock market and its collective universe of “investors” will continue sticking its head deeper into the sand, oblivious to the sling blade that is swinging closer to its neck.” To be one of the first people in the world to use the investing tool that is free to the public and was designed by the man who oversees $180 billion CLICK HERE.