Crude oil may attack all-time high as eurozone inflation hits 37.2%! Plus can you believe it, car sales and more… 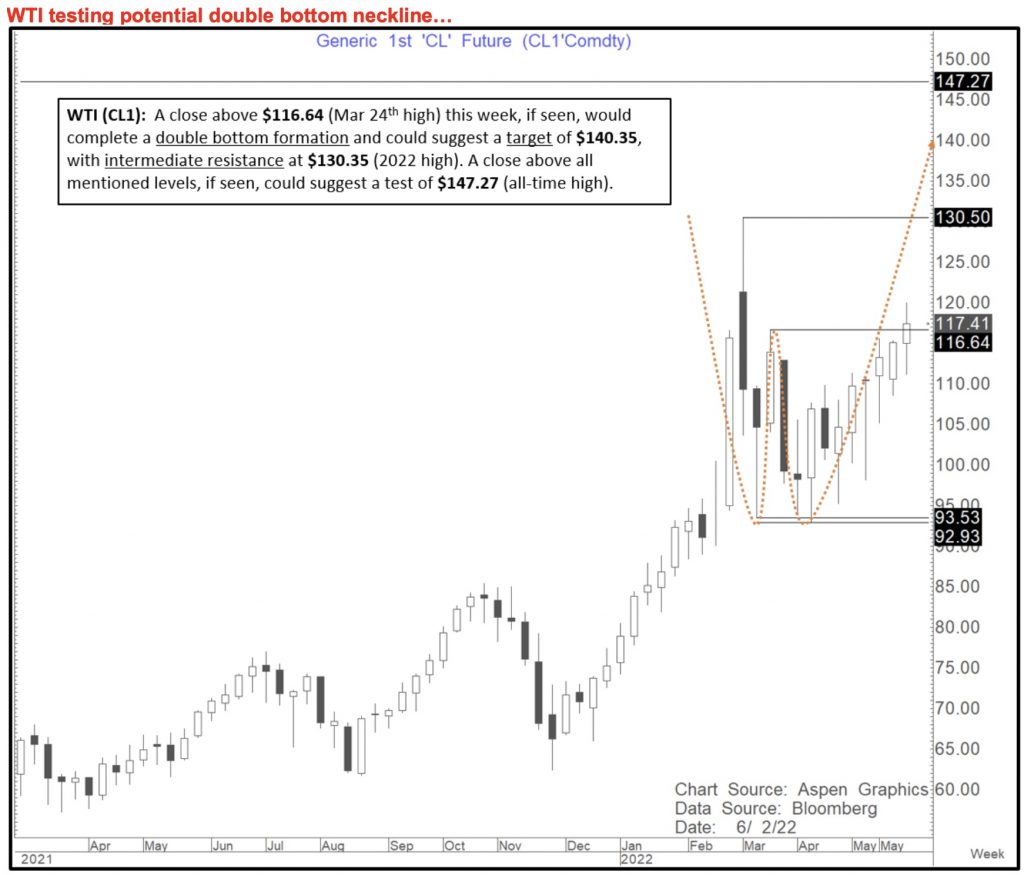 Can You Believe It?
Peter Boockvar:  I have to highlight again what is going on in European bonds as yields continue to rise. When we look back over the last 10 yrs and search for excess, negative interest rate policy was the epitome of it as it was the ultimate hot potato, and the air continues to come out of that epic bubble in response to high inflation and ECB rates that are still negative and QE is still ongoing for another week. The markets of course don’t wait around and they continue to do the central banks work. As for that negative rate pile of debt, it totals $2.46 Trillion as of yesterday’s close after peaking at $18.38 Trillion in December 2020.

Can You Believe There Is Still
Negative Interest Rate Debt? 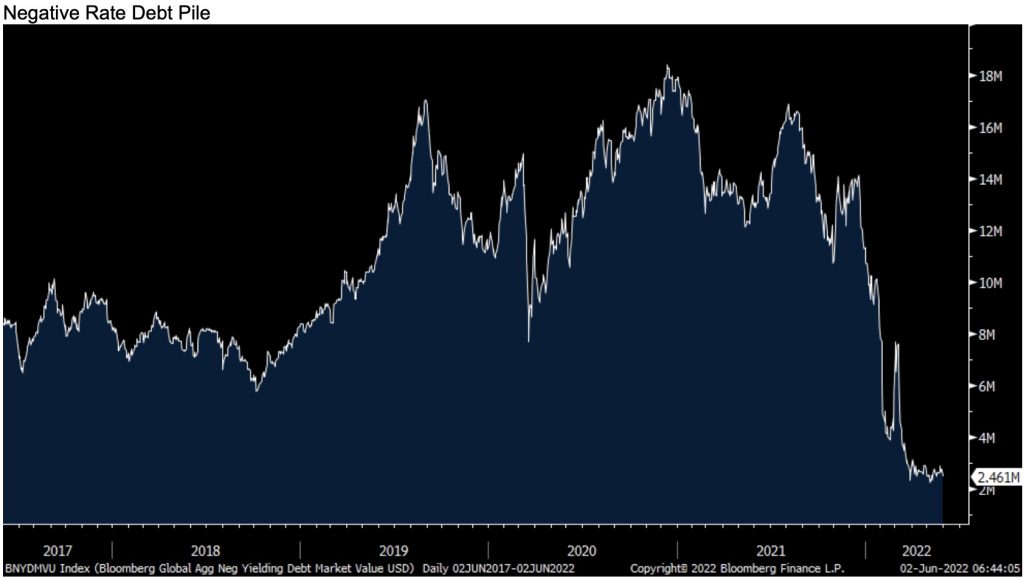 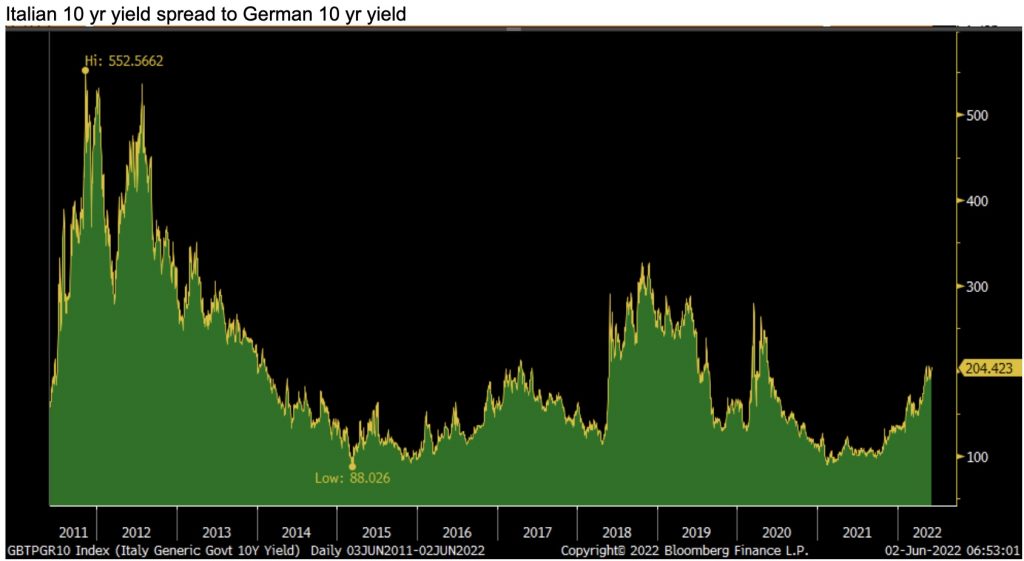 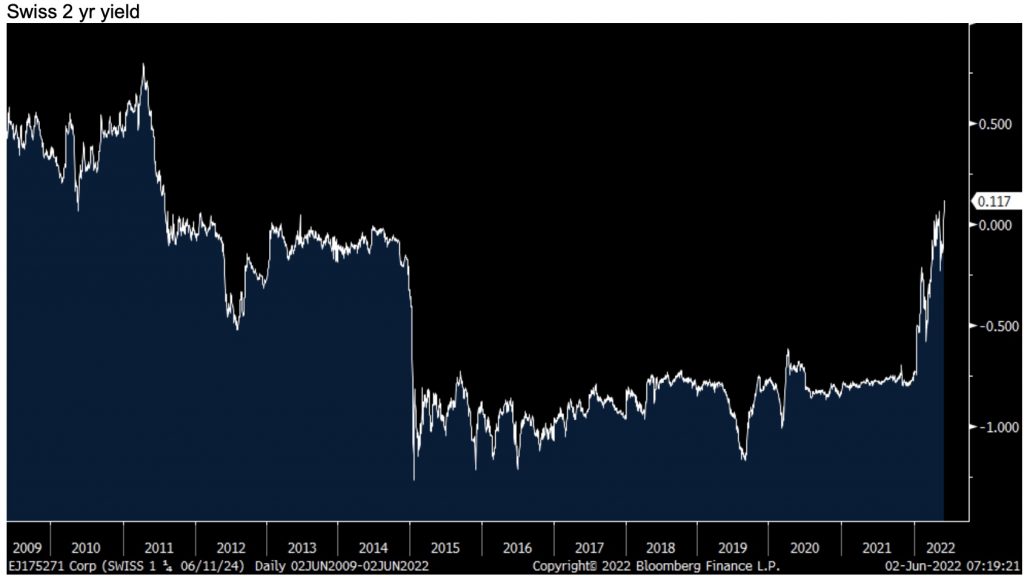 It’s of course barely above zero but it’s the highest in 11 years, thus getting back all that was lost when the SNB went negative with rates. Their 10 yr yield is up for the 6th straight day and by 26 bps in this time period. The SNB will likely follow the ECB in raising rates. 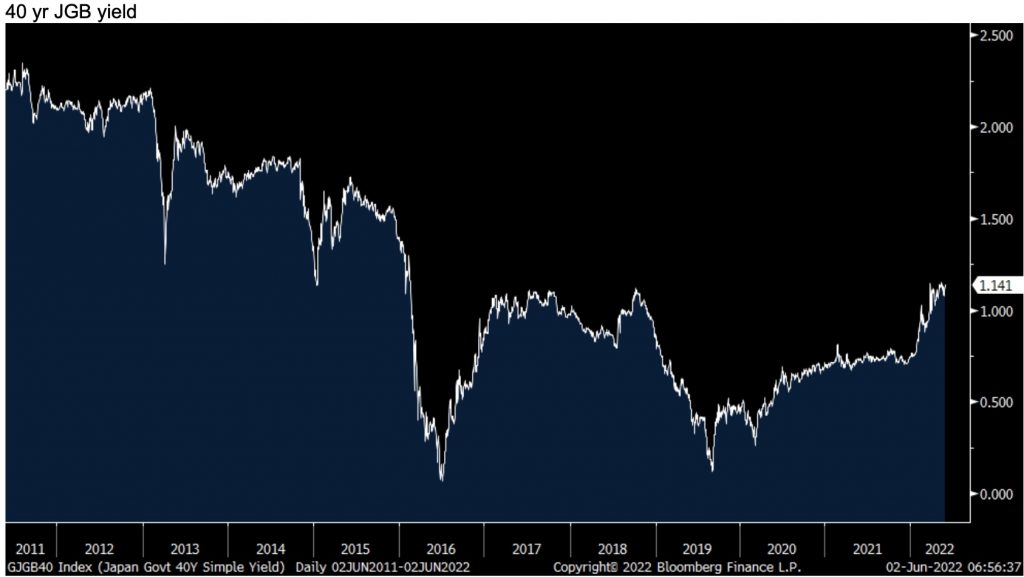 I’ll say for the umpteenth time, analyze US inflation and growth stats all you want in trying to predict where long term rates go but if you’re not taking into account the influence of movements in overseas bonds, you’re not looking at the full picture. We’re all in this bond move together.

US Auto Sales At Recession Level 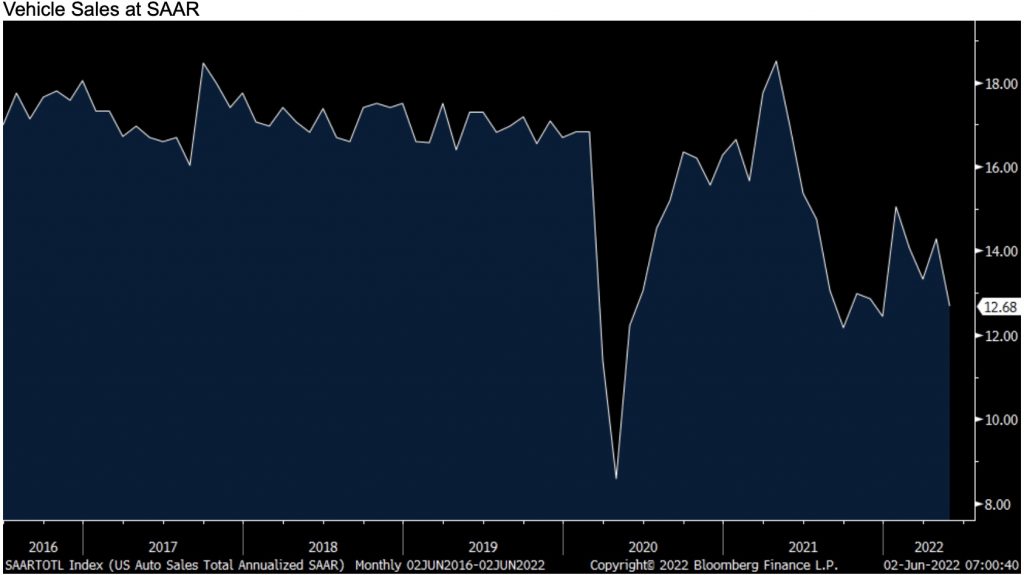 Normal should be 17-18mm but we know much of the shortfall is because there aren’t enough new cars but I have to believe some now is due to the rising cost of financing a record high average price of a car and truck.

Sentiment
The bounce in the stock market lifted sentiment over the past week. Investors Intelligence yesterday said Bulls jumped to 35.2 from 28.2 while Bears fell 2.8 pts w/o/w to 38. AAII today said Bulls rose 12.2 pts to 32 and that is the highest since late March. Bears fell 16.4 pts to 37.1 and that is the least since late March. Bottom line, Bears still dominate but there is nothing like a rally to soften that sour mood and it was that very downbeat view that was the contrarian set up for the bounce. Where do we go from here? I expect more Bulls to hop on board and less Bears to show up before the next leg lower in this bear market that still needs to run its course with QT the next catalyst. It gets to that $95b per month in September.

Eurozone Inflation
A few days after reporting the 8.1% y/o/y increase in CPI for the Eurozone in May, today we saw April PPI and it was up 1.2% m/o/m and 37.2% year over year. 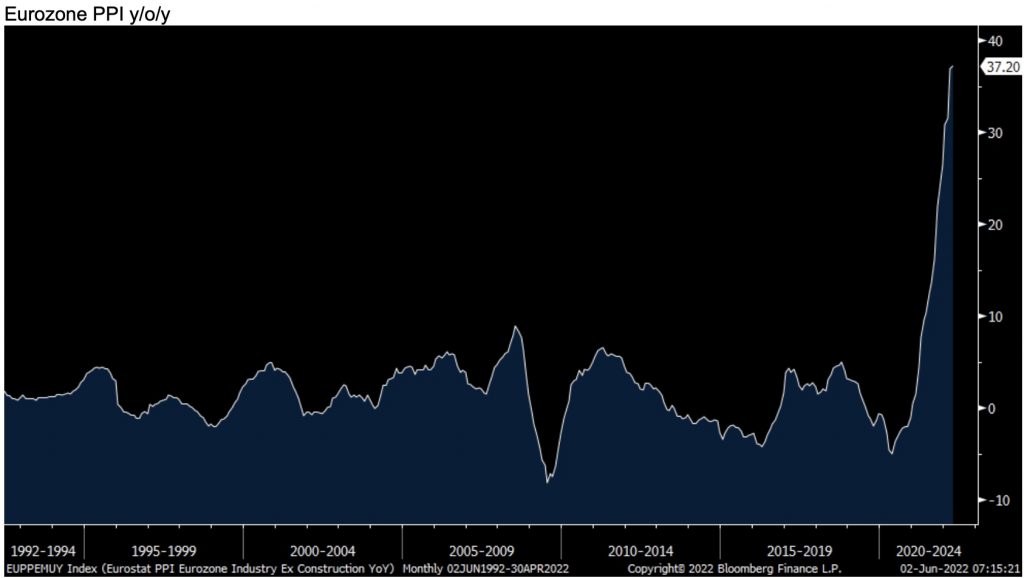 That though was a bit under expectations but who cares with these robust rates of change. Either this is tinder for much more consumer price inflation or European companies are on the cusp of a huge profit margin contraction. It will likely be a combination.

The Future Of Money Is Gold & Silver