On the heels of electricity prices skyrocketing across the globe that has ordinary people frightened they won’t be able to even afford electricity, fear is now building that the energy “doom loop” in Europe is about to trigger a 2008-style Lehman collapse.

King World News note:  Look at the commentary and charts below to understand how catastrophic the situation is for Europe and the potential for this black swan to cascade across the rest of the globe.

OUT OF CONTROL: Who Will Pay The Electricity Bills?
August 25 (King World News) – Billionaire investor Kyle Bass just warned:  With EDF’s announcement today, French power prices for 2023 are trading €900/MWH with winter prices above €1.500/MWH (or an eye-popping 30X the 5-yr average price). I’m surprised this isn’t front-page news all over the west.

French Power Prices For 2023 Trading At A
Jaw-Dropping 30X The 5-Year Average! 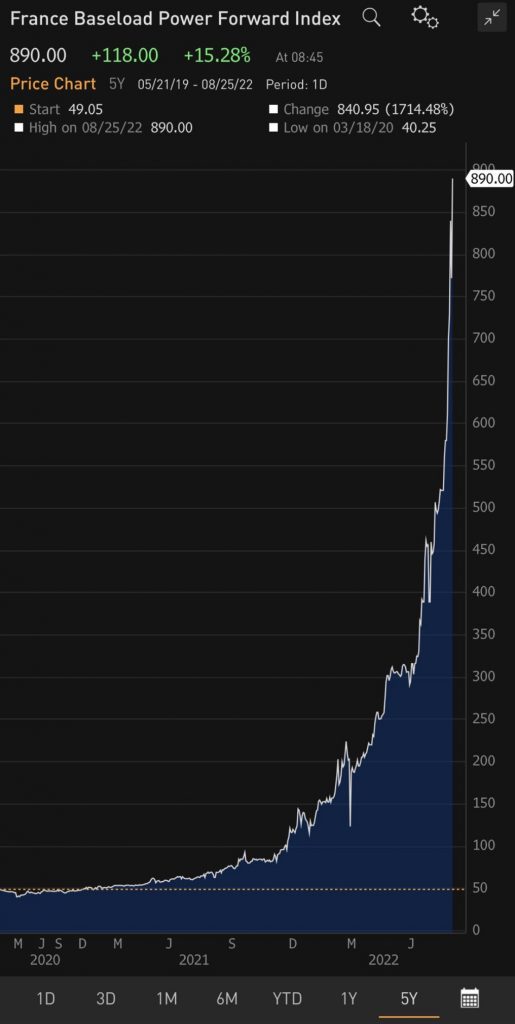 Energy Doom Loop In EU Prelude To Global Collapse
Luke Gromen:  I haven’t seen a doom loop as obvious as the energy doom loop in the EU since the US banking system doom loop that began spinning in September 2008 after Lehman filed bankruptcy… …and then the SEC changed the rules overnight & banned short selling of the banks. Let’s watch. 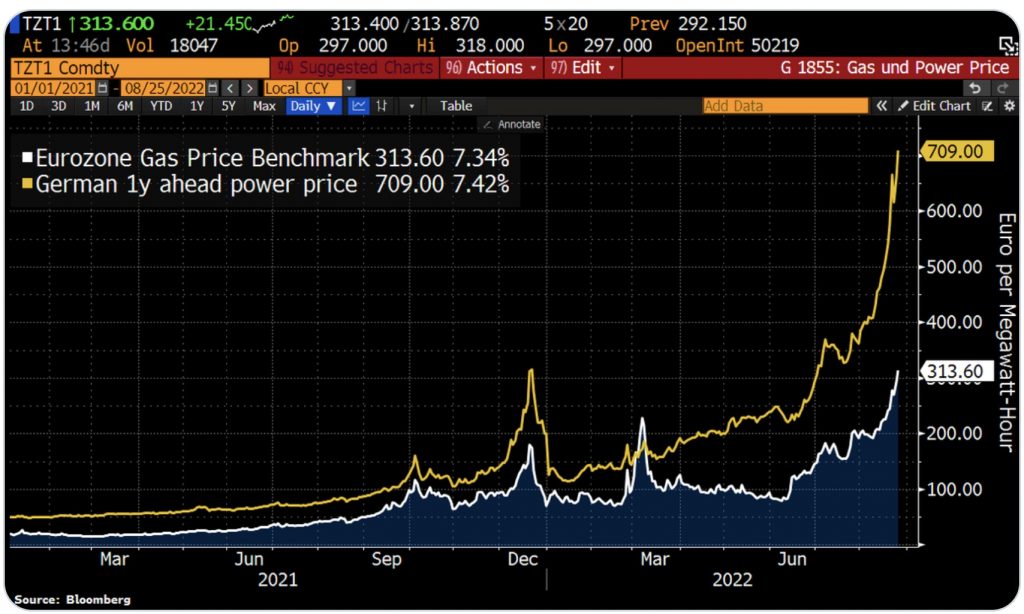 Reminder To Own Insurance During The Global Storm
Egon von Greyerz:  Given the dishonest times in which we live, it would not be sensational to remind conventional investors what most gold investors already know: Gold is most honest and loyal when dishonest and disloyal markets implode…

Gold Breakout
Graddhy out of Sweden:  Gold in euros put in a perfectly placed bullish reversal five weeks ago at big support, as ECB announced the new “unlimited TPI”, made-up QE printing tool. Now it has broken out above blue line, which is also the weekly cycle trend line. Synced CB currency debasement. 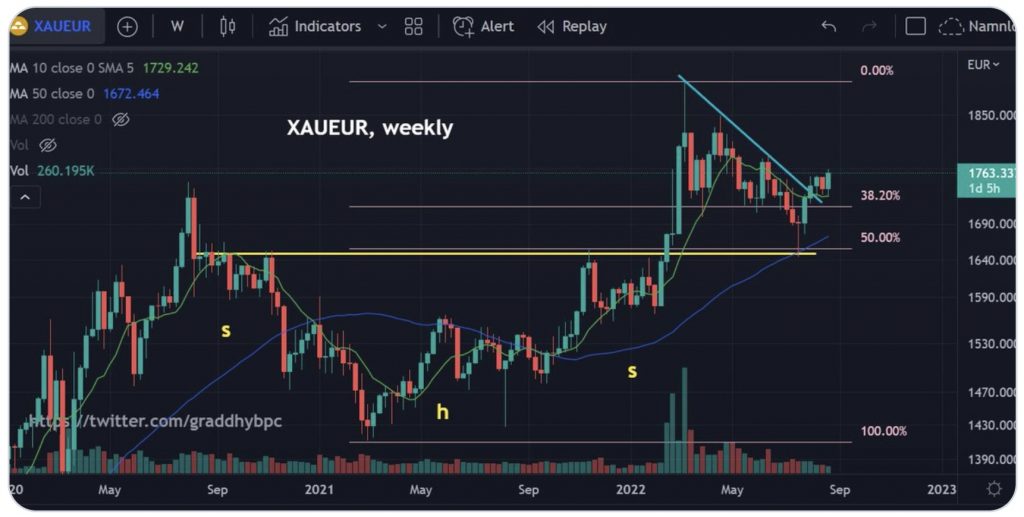