Today was a very big day for gold bulls as the Metal of Kings hit a new all-time high. Costa says silver is also headed to new all-time highs and Pomboy says gold miners have a long way to go on the upside. Plus the right question to ask.

Big Day For Gold
March 8 (King World News) – Otavio Costa:  This is what conviction looks like. Gold is back to new highs. Silver is next. 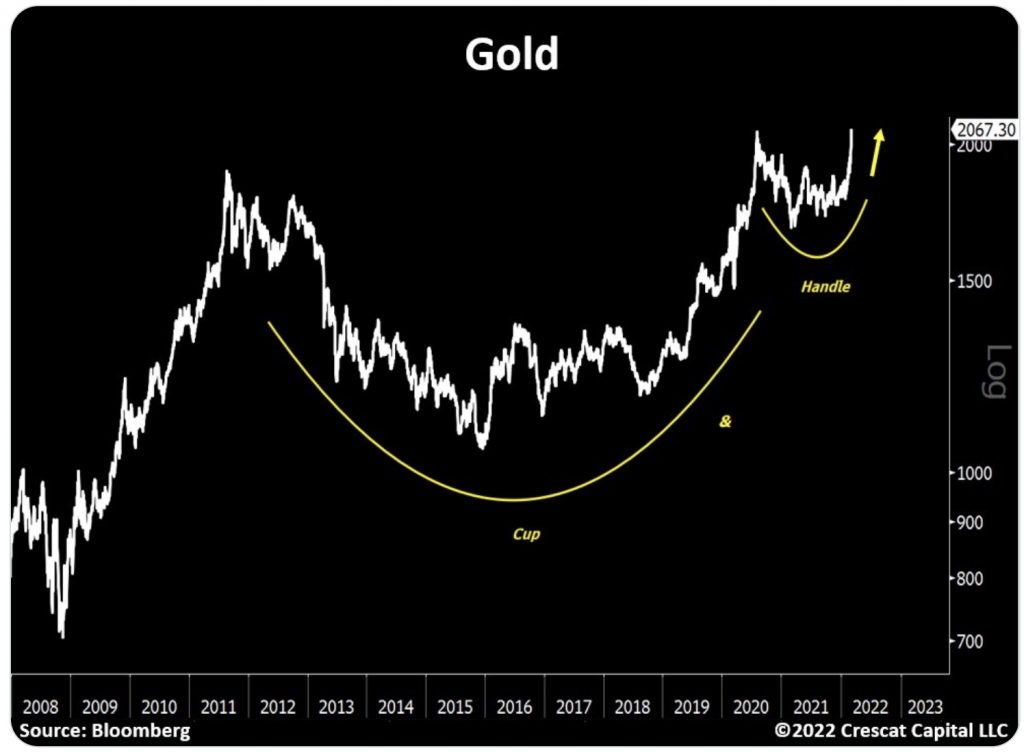 Inflation About To Get Much Worse
Egon von Greyerz:  As we have already seen in the major escalation of oil and Gas Prices, the coming shortages will put insufferable pressure on the prices of natural resources. Inflation is about to be much worse. Gold is beginning to reflect that reality…

Markets Are Bigger Than Central Banks
James Turk:  As clear proof that markets can do anything, look at this price chart. If oil and wheat can soar like that, so can silver. Markets are bigger than central banks so CBs can’t keep silver and gold from soaring with inflation raging. Own physical precious metals. 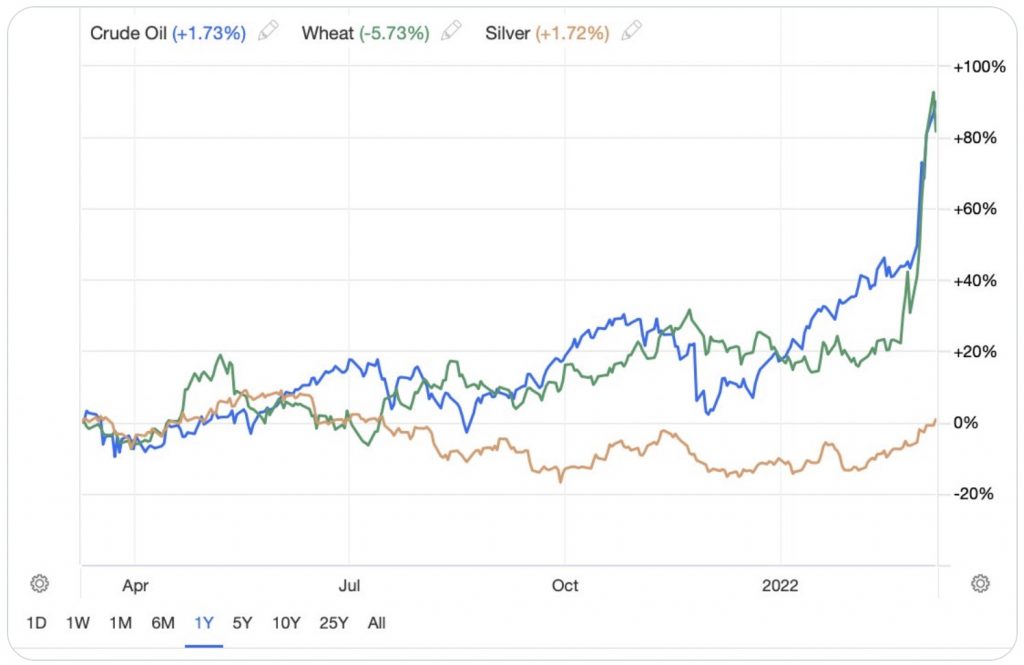 The Right Question To Ask
Steph Pomboy:  12 month Fed funds future now HIGHER in yield than it was pre-invasion. Sure. What the economy really needs now is higher rates. Again, I ask: why isn’t every economist forecasting recession???

Gold Miners Have A Long Way To Go On The Upside
Steph Pomboy:  Gold highest in history. Meanwhile, gold miners are the highest they’ve been since…June.

This Is The Truth About Russia’s Economy
Luke Gromen:  The last 7 days has been a good tutorial on the difference between the “price” of Russia’s GDP (1.5% of world GDP) and the value of Russia’s GDP: Oil is $120/bbl, but it contains ~25,000 man-hours of work. The longer this drags on, the more expensive the lesson will likely get.

Plain English
Luke Gromen:  Frustration with US inability to cut off Russia and China without severely hurting the US’s own economy and believing that the post-1971 structure of USD reserve status is still a net positive for the US are contradictory, mutually-exclusive positions…which is why the latter is changing. In plain English: The last two weeks have demonstrated empirically that we can either have the post-71 USD or we can make stuff, but we can’t do both…which is why we will begin making stuff again.