Today in the gold market we are seeing massive volume…again, plus 1970s on steroids and Kiev is about to fall.

1970s On Steroids
Otavio Costa:  With energy & food prices surging, we now have a 1970s inflationary problem on steroids. You don’t deal with that with Fed funds rate at sub 2% for another 2 yrs. Excessive debt & valuations prevent policy makers from any meaningful action. Commodities have much further to go. 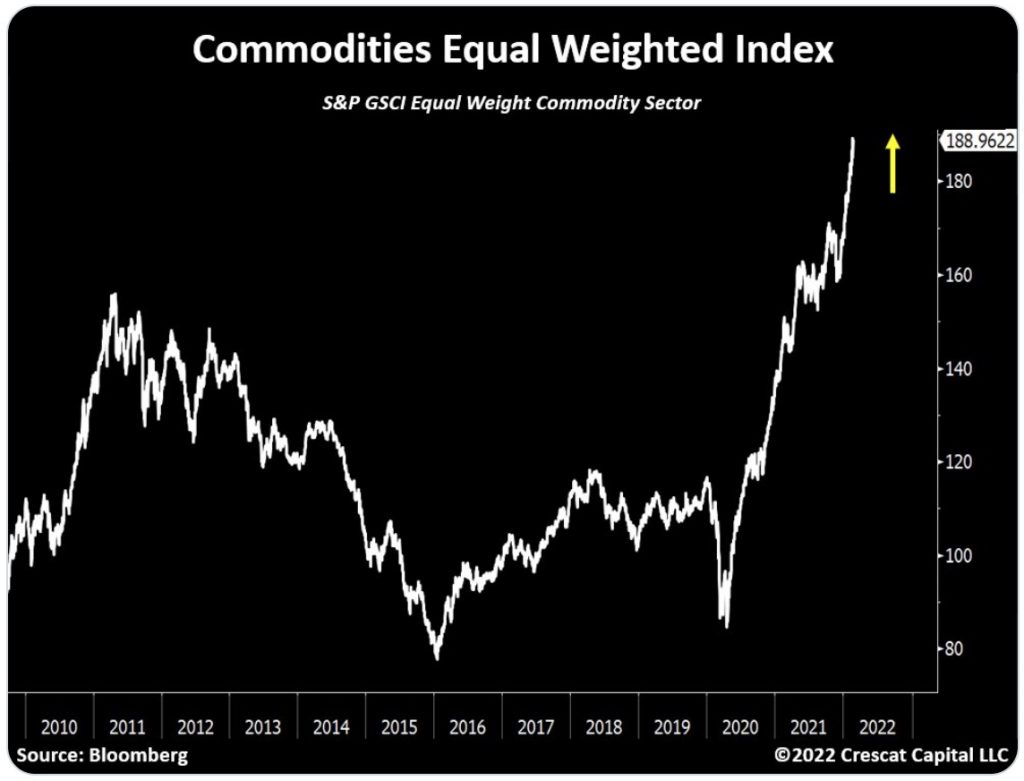 Gold
Top Citi analyst Tom Fitzpatrick:  Gold: We continue to focus on $1,917 as pivotal resistance (weekly close basis). A weekly close above, if seen, would confirm our $2,140- $2,150 target (Double bottom)…

Kiev Will Fall
Peter Boockvar:  Russia will get Kiev and Russia itself will fall into the Iran and North Korea geopolitical bucket and their economy will too. Markets are in turn again reflecting this unfortunate unfolding reality with another jump in commodity prices, rally in the dollar, drop in rates and fall in stocks. While the Russian stock market is closed for a 2nd day, the iShares MSCI Russia UCITS etf in London is down another 20% today after crashing by 56% yesterday. It is now down 79% since February 16th.

Wheat is now approaching $9 per bushel, higher by 5.2% and now up 22% over the past 6 trading days. Soybeans are up by 5.5% over this time frame and corn by 9.5%. If only the world didn’t have to eat. Aluminum is up 2% to just under a record high as even if it can be produced in Russia or the Ukraine, its land locked because no one is shipping it out. The large container shipper A.P. Moller-Maersk today said they are stopping ships from going in and out of Russia. The price of natural gas in Europe is rallying by another 13.4% and is up 55% over the past week and a half. 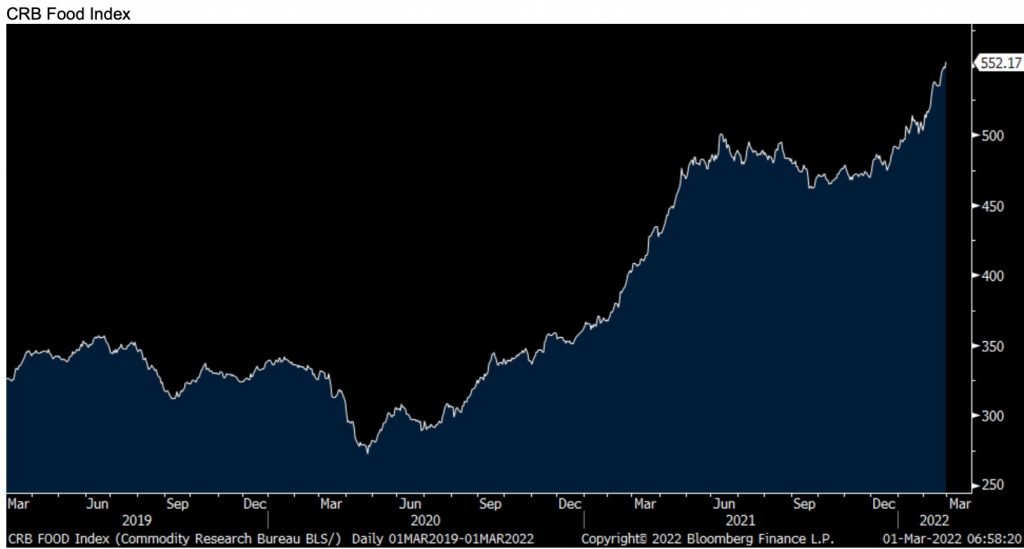 In the flight to safety into bonds, the German 10 yr bund yield is falling by 14 bps and back to zero. That plus sign in front of it was fun to see while it lasted. On a real rate basis, they are falling even faster as the 10 yr German inflation breakeven is up another 6 bps to 2.15%. That’s the highest since the summer of 2011.

German CPI is expected to print 5.4% y/o/y at 8am est. Yesterday Spain said its CPI is at a 33 yr high. Stagflation unfortunately is not a debate, it is here. It’s obviously terrible for an economy and a nightmare for central bankers that are still doing QE and have rates at or below zero. European banks that saw a ray of light in the early part of February as rates rose and expectations for ECB hikes increased, are now suffering again with the now drop in rates and exposures to Russia. After dropping by 5.7% yesterday, the Euro STOXX bank stock index is down another 4% today. It fell 8.5% last week. 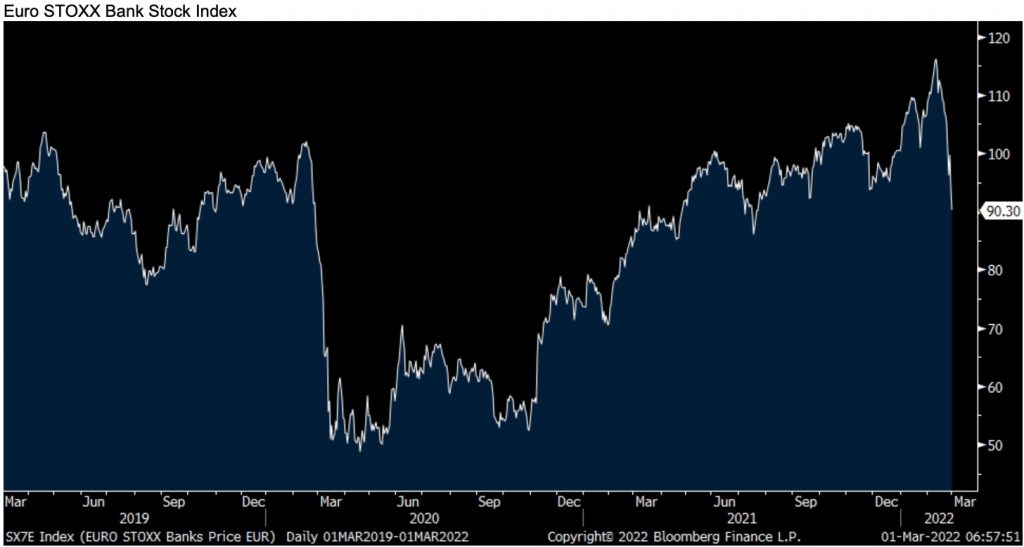 Inflation Will Remain Persistent
On the wage front, Target is taking it to a whole new level with starting wages for some regions of the country like New York rising to $24 per hour. The current official rate nationally for them is $15. Target CEO said “The market has changed. We want to continue to have an industry leading position.” This will cost them an additional $300mm this year. Companies this size can certainly afford it but it becomes ever more difficult for smaller companies to compete for labor. This is just another example why inflation WILL REMAIN PERSISTENT and we’ll be using the stagflation term more often in the US.