On the heels of the Dow plunging more than 530 points, today a legend in the business spoke with King World News about this week’s stock market plunge, the 1987 Crash, and why people need to brace themselves for more downside. 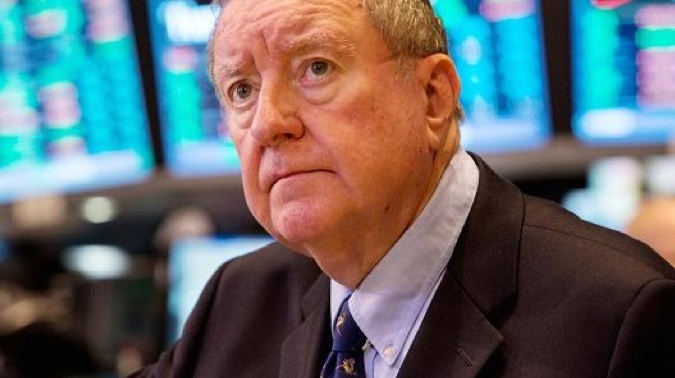 Eric King:  “Art, you warned KWN last week that this global liquidation could turn into a cascade of selling.  It seems to be unfolding exactly as you predicted.  I know you have over 50 years of experience in the markets but how did you know this was going to take place?”

Art Cashin:  “I was surmising how the situation was unfolding — what was beginning to occur in the currencies of the emerging markets and how it would inevitably begin to lead back into our markets.  In fact, I’m a little bit concerned about how the Chinese market closed last night (down over 4 percent).

They broke through a support level where they had bounced several weeks ago.  They are now just barely above 3,500 and this is due in large part to a very big effort by the Chinese government (to stop the hemorrhaging).  So this play does not appear to be over.  Next week will be critical and the first place we will be looking is to China’s market when it opens Sunday night our time.”

Eric King:  “You also warned last week on KWN that this worldwide liquidation could morph into a full-blown 2008-style collapse.”

The Carry Trade Is Unwinding As Contagion Spreads

Art Cashin:  “It is a liquidation and you can see as we speak on Friday, the dollar is somewhat weaker and that’s because various entities are unwinding positions like the carry trade.  So the ultimate effects of this process are not fully knowable.  As we learned in 2008, the markets are interrelated and there is a correlation there.”

Eric King:  “You have also been warning that this crisis in China would spread and become a contagion, particularly in the Asian currency markets.  You compared this crisis to the one in 1997 – 1998 and that’s exactly what we’ve seen unfold so far.”

People Need To Be Prepared For A Bad Outcome

Art Cashin:  “We’re beginning to see some signs of that.  There’s a difference here between what happened in 1997 – 1998 in Asia with the Thai baht, etc.  At that point many of the currencies were tied to the dollar.  They all began to pull away from the dollar and that unwinding then spread like wildfire through the various markets.

This is slightly different because they are not all pegged to the dollar but I think they are equally interrelated as currencies that facilitate trade in the various nations, and this is as close to a currency war as anything I’ve seen in many years.  People need to be prepared for a bad outcome.  I’m not trying to spread panic here but people need to keep an eye on what’s going on here because it doesn’t look like a passing fad.” 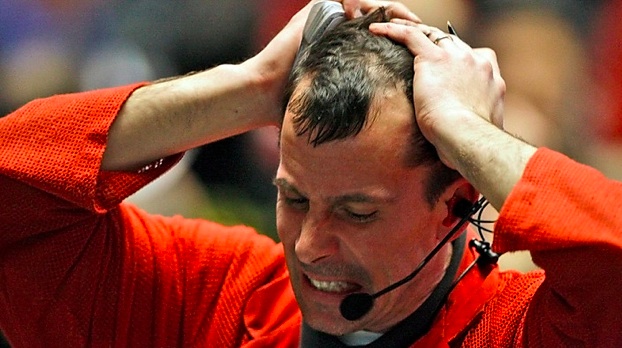 Eric King:  “Bill Fleckenstein just told KWN people forget that leading up to the 1987 stock market crash there was an option expiration week where everyone was positioned for an up-week, similar to what has occurred this week, and obviously they were offside on those bets back in 1987 as they are once again this week.  That led to some serious carnage in 1987.”

Art Cashin:  “That’s correct.  The key difference, however, is that particular option expiration, that Friday back in 1987, saw a selloff that was the greatest point selloff in the history of the Dow up to that time.  That record selloff in 1987 was a 108 point drop in the Dow, only to be easily surpassed when Monday came and the floodgates  opened.  The thing to watch here in particular is a lot of Asian markets tend not to bottom on Friday’s — they seem to see some additional selling on Monday’s, and that’s why I say next week could be very important.” ***KWN will be releasing interview all day today and throughout the weekend, including audio interviews.

One Of Gerald Celente’s Best Interviews Of 2019 Has Now Been Released!