As we move through the final month and a half of trading in 2020, central planners are playing a dangerous game…again.

Home Sales Are Booming
November 19 (King World News) – Peter Boockvar:  Existing home sales in October, likely reflecting contract signings done in the summer, totaled 6.85 million, above the estimate of 6.47 million and up from 6.57 million in September. That is now quickly approaching the 2005 peak of 7.25 million. All four regions saw month over month increases. The number of days on the market was just 24 vs 26 in September and 27 in August. 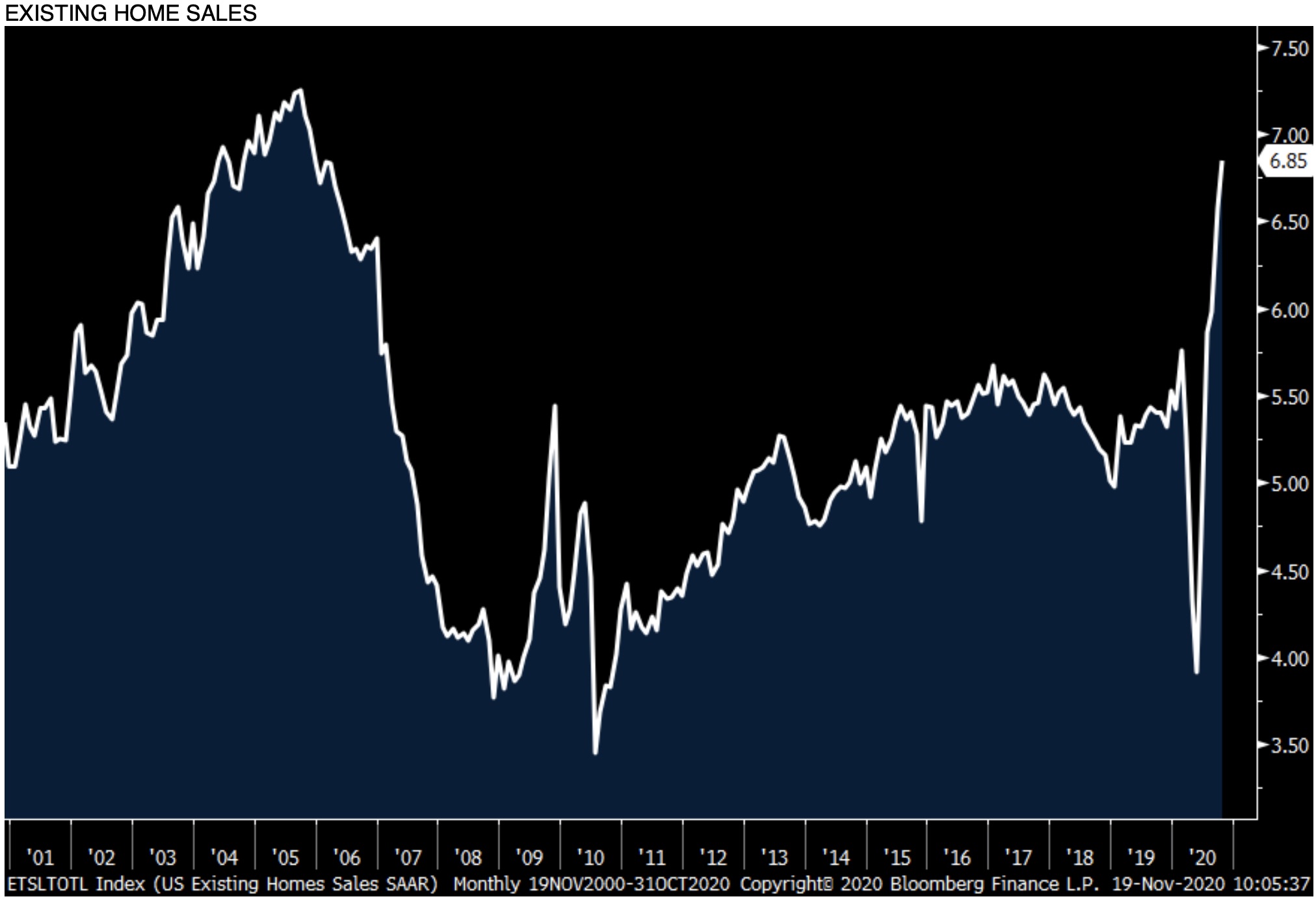 The problem remains inventory as months’ supply fell to just 2.5 from 2.7 and relative to the long term average of about 6 months. This is leading to growing affordability issues notwithstanding the offset of lower rates. Both the median and average home price (the latter more skewed by mix) both rose to a record high. The median price is now up 15.5% year over year and the average price by 12.3%…

First time buyers made up 32% of total purchases vs 31% in September and 33% in August and remains stuck in the low 30’s as the benefit of low rates is offset by the need to come up with an ever growing level of a down payment because of sharply rising prices. All cash buyers made up 19% of purchases, matching the most since February with many of these 2nd homes but that is the same pace as one year ago.

Bottom Line
Bottom line, with the robust demand with limited supply, it’s not surprising to see the price gains we’re seeing and why we need an increase in new construction. The last NAR’s Metro Median Area Prices and Affordability quarterly report saw home price gains “in all of the 181 metropolitan areas NAR tracks. 65% of those metros show double-digit price increases.”

Playing A Dangerous Game
The Fed’s goal of lowering short rates and in turn watching long rates follow has certainly boosted housing but these price gains have completely offset the benefit of low mortgage rates and then some in terms of affordability. Low rates certainly lower the monthly nut than otherwise but if rates eventually rise and home prices fall, for those that put down 5-10% only need that price decline to wipe out their equity. The Fed is thus playing a dangerous game of encouraging this, AGAIN.

China’s Stock Market Closed As Gold And Silver Surge Continues, But Here Is The Real Surprise