In other monthly updates, there was essentially no change in the cash balances held by mutual fund managers. At 3.3%, it was unchanged and remains near record lows (see chart below). 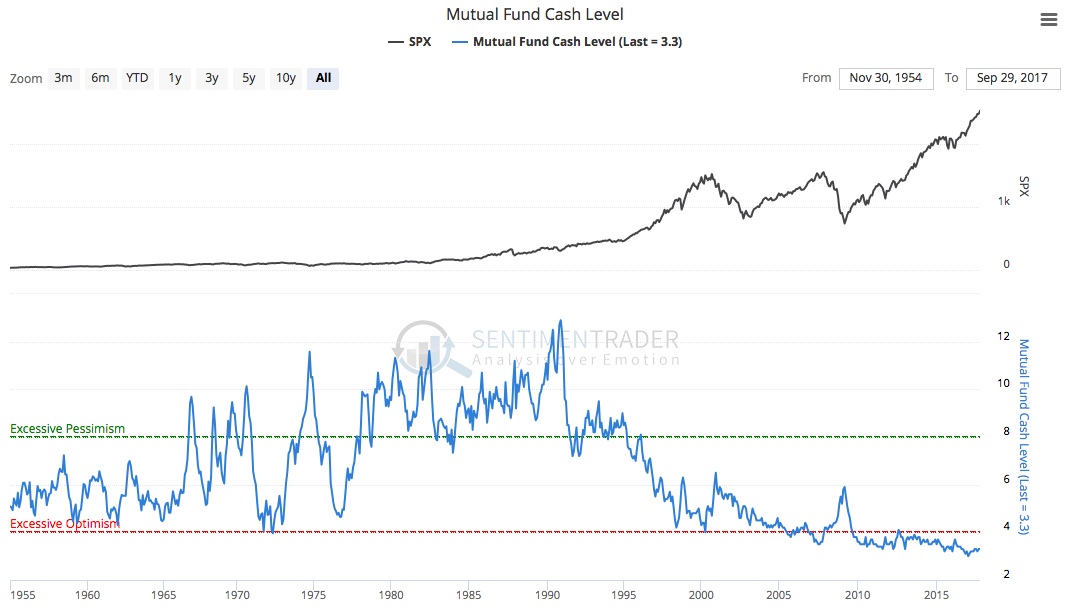 Margin debt increased as well, and the “net worth” of investors declined as well, both at record levels (see chart below).

“Net worth” of investors at record levels! 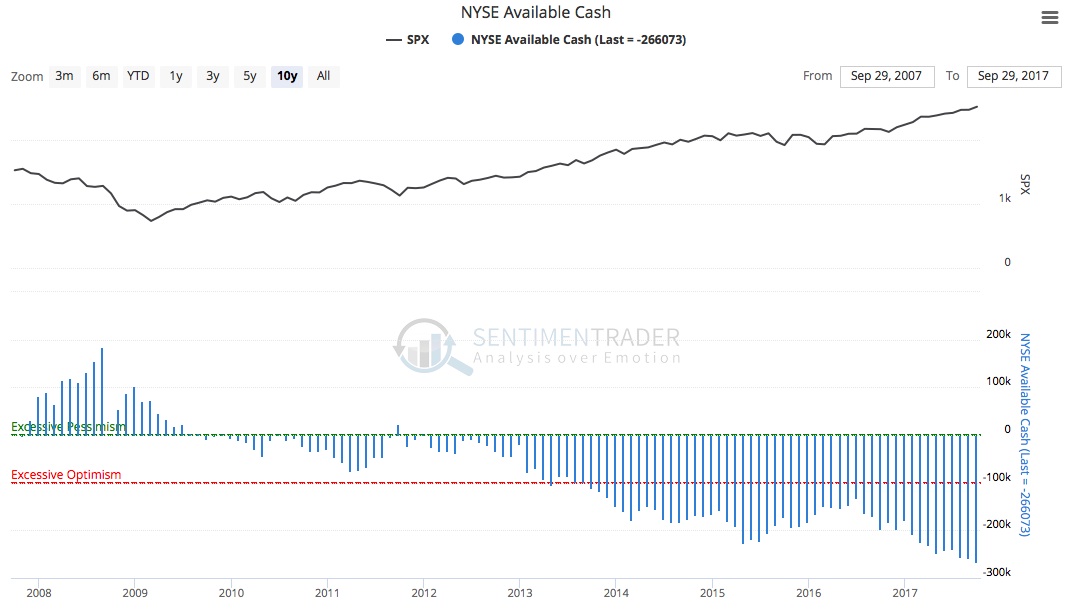 The rate of growth in these figures compared to that of stocks has not been out of line, however, unlike in 2000 and 2007 when debt grew much faster than did stocks (see chart below). 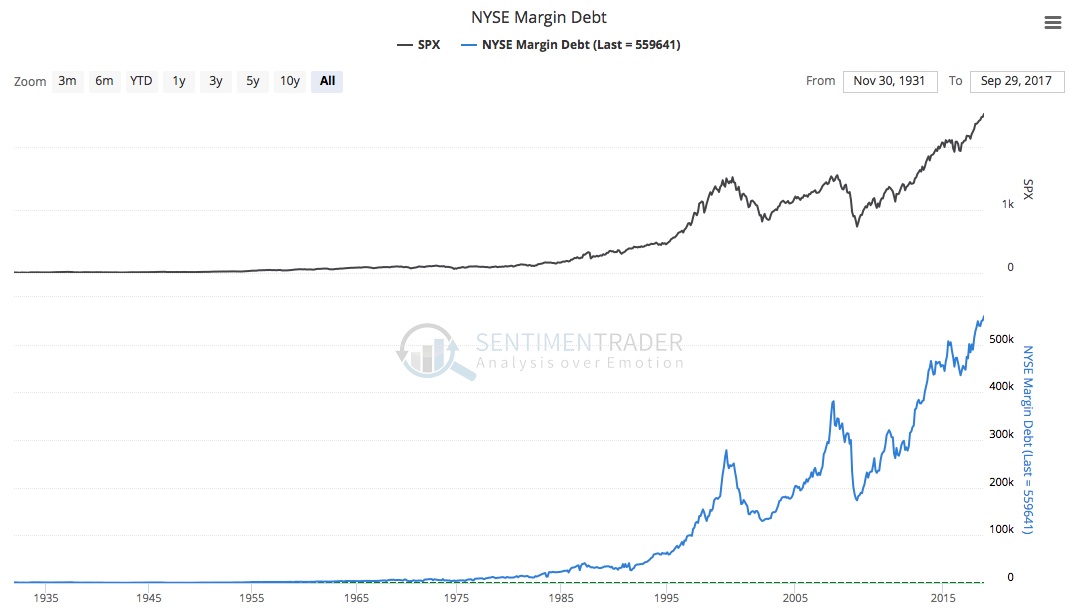 King World News note: When this manic phase in stocks reverses it will be devastating for investors, especially for those using record levels of margin debt. For those who are frustrated with the lack of rationality in major markets, remain patient. Just like all other manias and periods of wild excess, this, too, will end badly.

***ALSO JUST RELEASED: People Just Want To Get Away From The Chaos: This Just Hit An All-Time Record CLICK HERE.

Look At Who Just Said Gold, Silver And The Miners Are Set For Big Gains In 2018