China On The Cusp Of A Full-Blown Banking & Currency Crisis

China is close to a full-blown banking and currency crisis.

Big Trouble In China
October 25 (King World News) – Otavio Costa:  We just saw the largest annual depreciation in the Chinese yuan in 27 years. China is much closer to having a full-blown banking and currency crisis than winning a hegemonic war against the US. 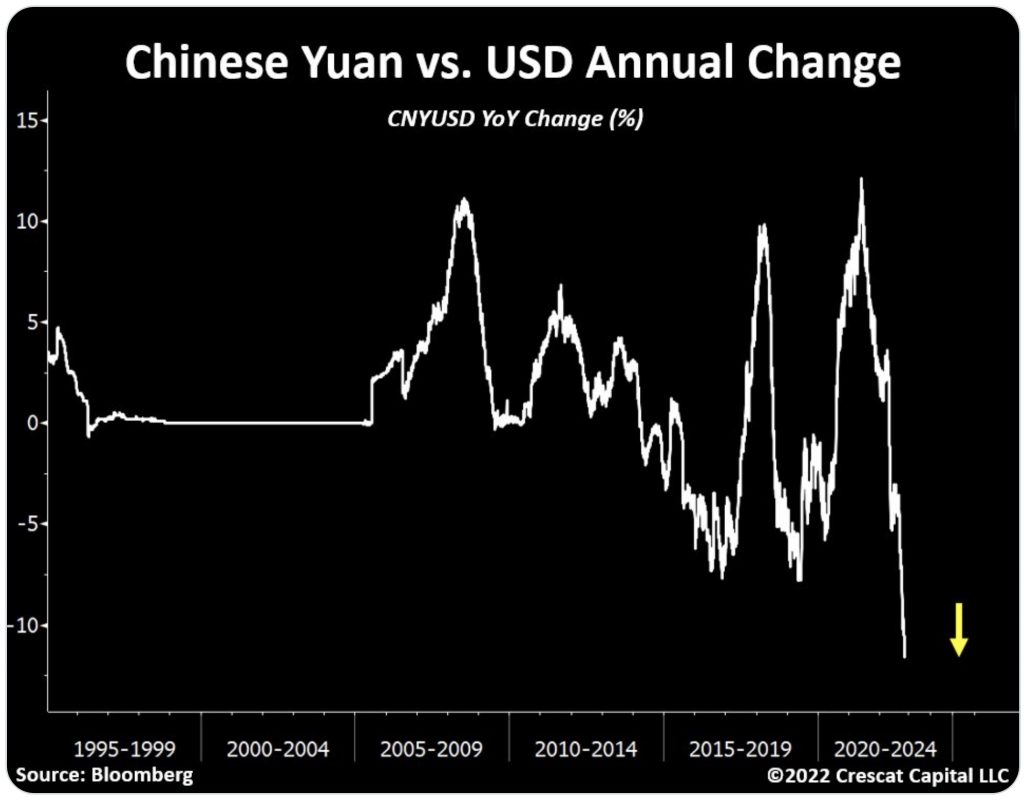 Inflate Or Die
Gregory Mannarino writing for the Trends Journal:  If central banks do not find another mechanism to continue to inflate, IMMEDIATELY, the entire global financial system will melt down.

The current central bank-run financial system is 100 percent debt based.

What this means is a debt based financial/economic system can only function if more debt is constantly added/borrowed into existence—and the moment this stops, the financial system in its entirety implodes.

Not only does the system demand that more debt be created, and henceforth pulled into existence, but it must also do so on an ever-increasing basis just to sustain the current environment.

The borrowing of debt into existence, which at its core demands that the currency expand/inflate, is MASSIVELY inflationary…

Currently the world is being sold a lie, which is inflation is running rampant because rates are too low. The fact here is simple: raising rates is meant to KILL demand, not lower inflation.

The last thing that ANY central bank, especially the Federal Reserve wants to do in this environment is to contract the money supply, in fact, they want to expand it/inflate it.

The power of any central bank resides in ONE THING, its ability to inflate… PERIOD.

How do you kill a central bank? Simple, prevent them from issuing A SINGLE DOLLAR OF MORE DEBT.

Central banks will NEVER give up their ability to inflate, it would take a full-on revolution of the people against central banking to make that happen. As it stands, central banks are the most powerful organizations on the planet, none more so than the Federal Reserve which has the FULL backing of the U.S. Armed Forces, which includes its nuclear arsenal— henceforth the petrodollar.

What we can fully expect moving forward is yet again some other kind of mechanism which will allow the Federal Reserve to continue to inflate.

***To listen to James Turk discuss the world hurtling into a financial panic that will rival 2008 CLICK HERE OR ON THE IMAGE BELOW.

***To listen to Alasdair Macleod discuss the global collapse that will rival the Great Depression CLICK HERE OR ON THE IMAGE BELOW.

Gold, Silver And The Mining Stocks Are Headed Into The Stratosphere In 2018!