We saw absolutely shocking volume on gold’s upside breakout! Plus a look at other stunning market setups.

All At Once
February 17 (King World News) – Otavio Costa:  For the first time in history, the US is experiencing a confluence of three macro extremes all at once:

The pandemic issues have exposed some important secular trends, particularly the chronic under investments in natural resources. For a long time, the incremental dollar entering financial markets has almost entirely been allocated into one sector of the economy, technology. 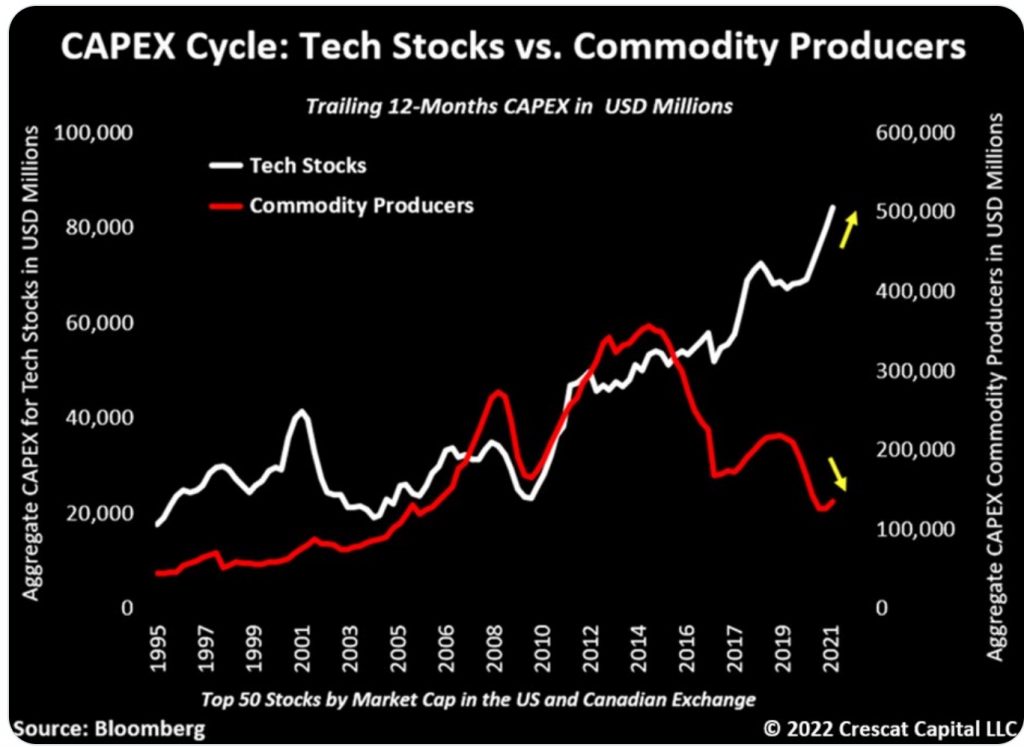 Wow!
Graddhy out of Sweden:  Do note that absolutely massive volume (on the breakout).

Look At The MASSIVE Volume On Gold’s
Breakout (GREEN CANDLE)! 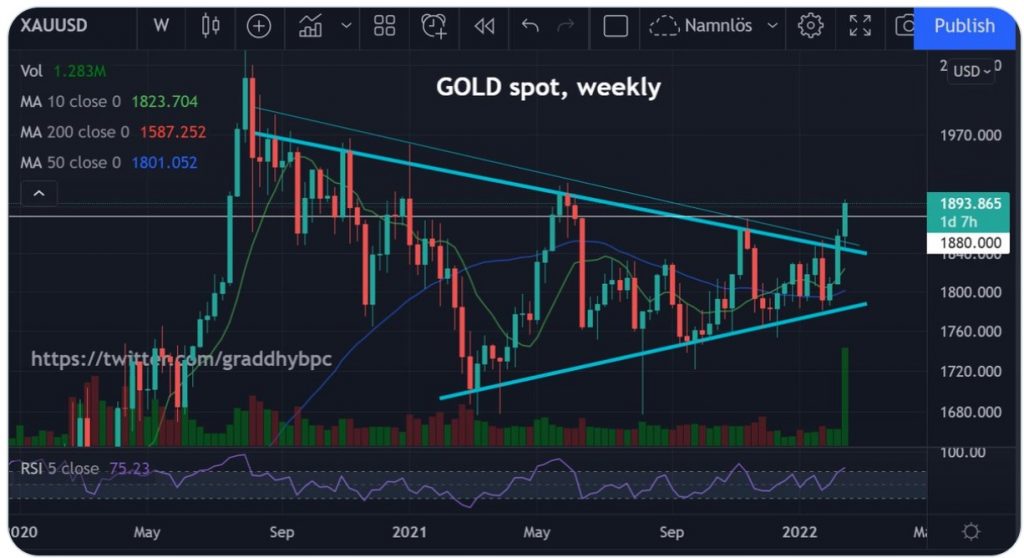 Truly Trapped
Peter Boockvar:  We all discuss what the Fed will do with rates and its balance sheet in order to deal with inflation and the economic consequences but we don’t talk much about what these moves will do for the finances of the US government. After the close on Tuesday, the December Treasury Flows data came out and showed that foreigners bought a net $44.2b of Treasury notes and bonds. For the full year 2021, the buying totaled $81.2b. For perspective, the Federal Reserve was buying $80b PER MONTH. Since 2015, foreigners have been net sellers of $919b of Treasury notes and bonds and have reduced their % holdings to only about 1/3 from half. So who exactly is going to step in buy $960b of US paper per year after March when foreigners may only buy a fraction of it? There will be buyers but at what interest rate? How much more Treasuries are banks going to buy? For now, the CBO in their budget forecasts do assume a rise in interest rates in coming years but the reality of a much higher interest expense on a big pile of $30 Trillion of debt will get the headlines. 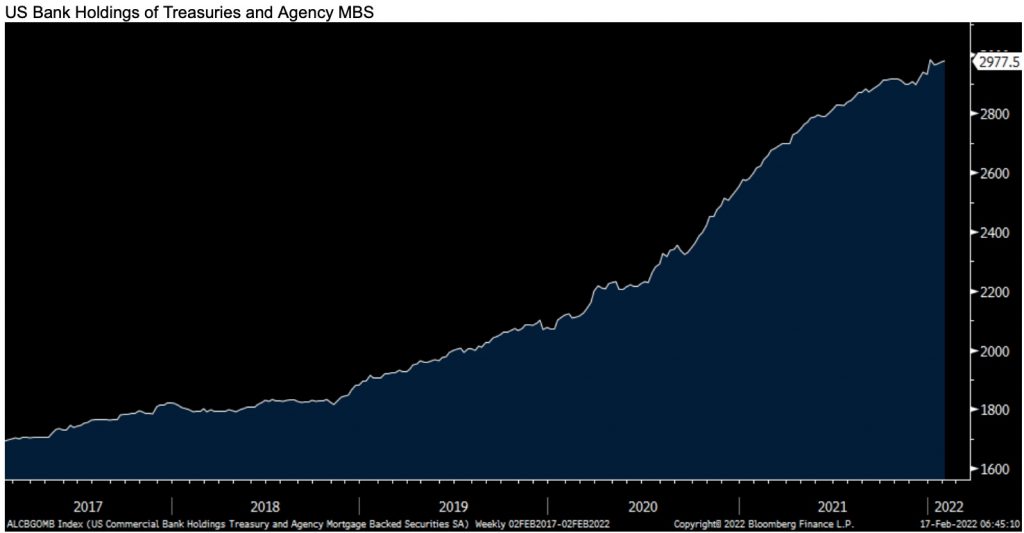 Last week the Atlanta Fed updated its wage growth tracker and it showed a 5.1% y/o/y increase for January. 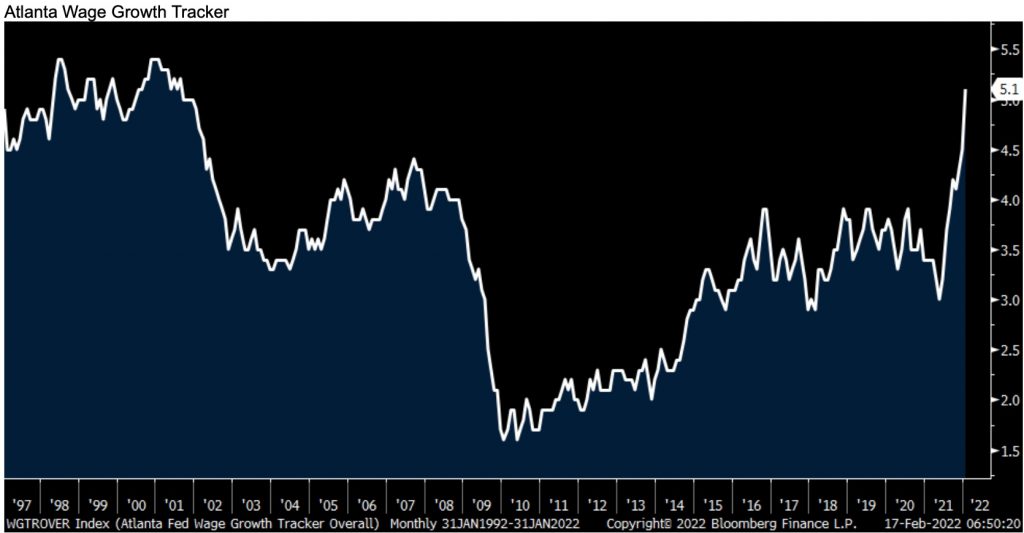 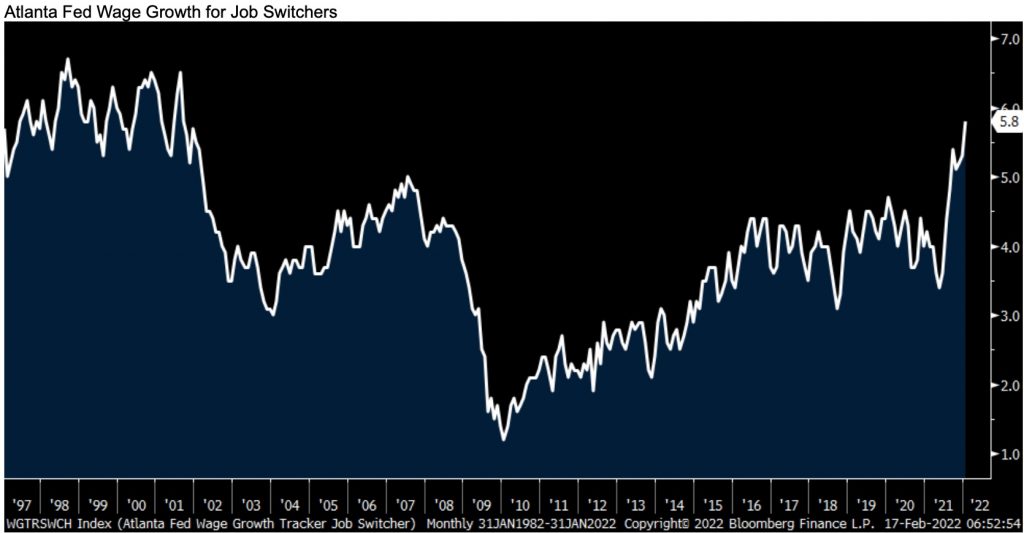 Bottom line, this is more reason why inflation will remain sticky and for longer, albeit at a slower pace.