Last Time This Happened Gold Rallied Over $700, Plus Look At This 30%+ Inflation Crushing Consumers!

Last time this happened gold rallied over $700, plus look at this 30%+ inflation crushing consumers! 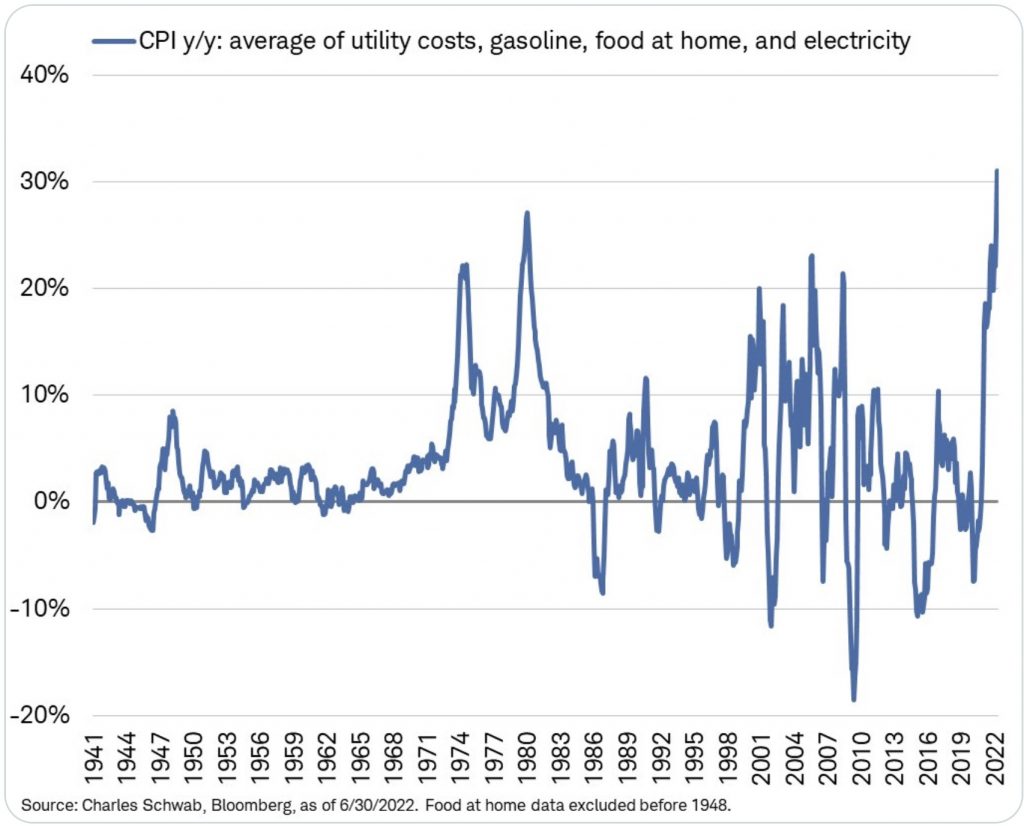 Real Retail Sales
Albert Edwards, Former Global Strategist at Société Générale:  Folks don’t often look at the official REAL US retail sales data as it’s buried away. But this can’t be right! I keep being told the US consumer is spending freely despite low confidence. In fact real spending after a post-pandemic jump, has pancaked for over a year now!

THEY’RE LYING ABOUT STRONG CONSUMER:
Real Consumer Spending (PURPLE) Is
Flat To Down For Over A Year Now 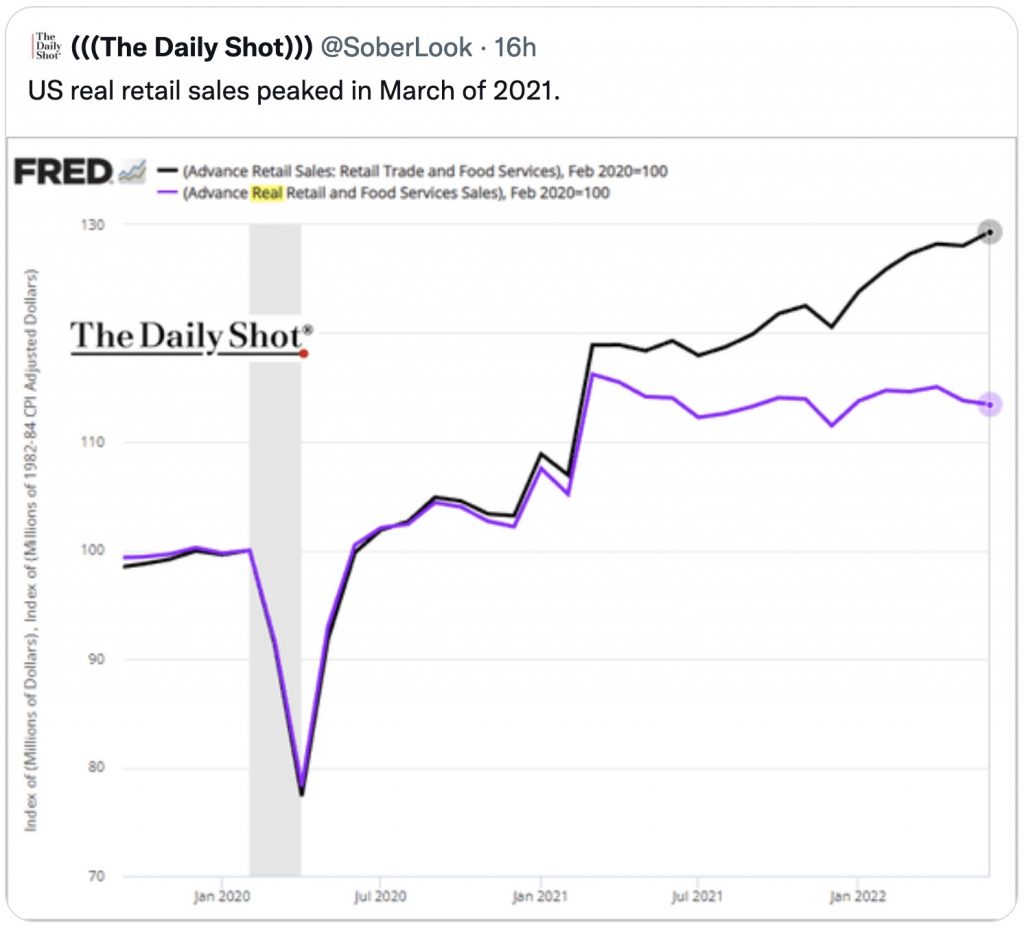 Last Time This Happened Gold Rallied Over $700
Garic Moran:  Managed money futures only (Trend following commodity trading advisors) are net short Gold for the first time since Gold was $1300; immediately before the rally to $2000 began…

Garic Moran continues: Here are the last 2 times the computer based algorithmic trading systems decided to get net short Gold; you decide how wise that was. Fall of ’18 and Spring of ’19. (past performance is no guarantee of future results). 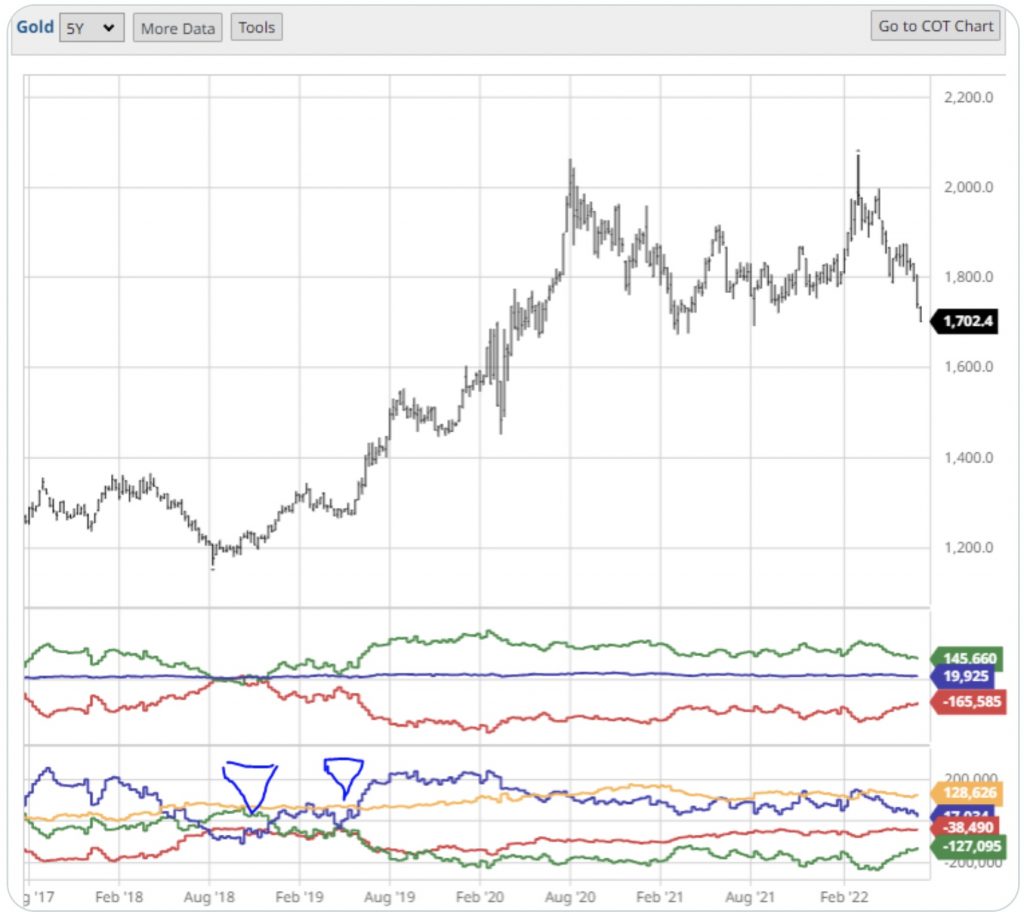 Another Major Warning As Markets Melt-Up

Gerald Celente – “The Future That I See Is Hell On Earth”…