With many people wondering what’s next for the US dollar, it looks like a golden tidal change is on the way.

A Golden Tidal Change
By Ronald-Peter Stoeferle, Incrementum AG Liechtenstein
July 23 (King World News) – As far as the long-term development of debt in the US is concerned, the ratio of total debt in the economy to GDP has been roughly 150% over the past 150 years. There have been two significant exceptions: the 1920s (“The Roaring Twenties”), where the foundation for the stock exchange crash and the Great Depression was laid by the strong expansion of credit, and the current phase, which started in the 1970s…

Whereas after the Great Depression total debt was massively cut, the loose interest rate policy implemented by Alan Greenspan after the crash of 1987 further boosted total debt. In 2009, total debt amounted to 377% of GDP, setting a new all-time record. Since then, we have gone through a mild form of deleveraging, but at 349% we remain at unhealthily high levels. 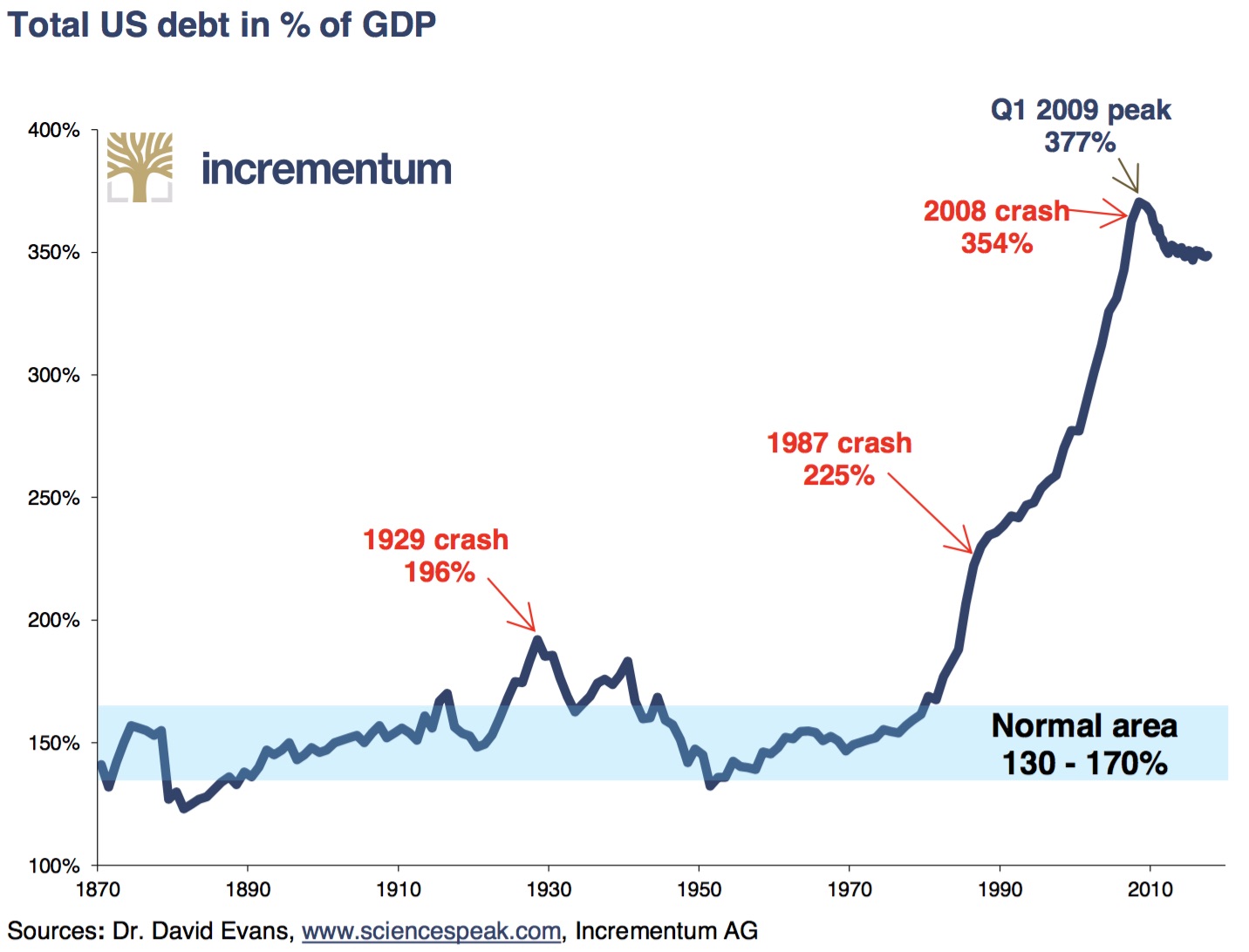 As our readers know, in today’s strongly leveraged fractional-reserve credit money system, strong credit deflation would come with shattering consequences for the real economy. In the event of an unhindered reversal of the credit expansion, money supply deflation would have fatal consequences for large parts of the banking system. The permanent expansion of money and credit supply therefore becomes an end in itself for the credit-money system. 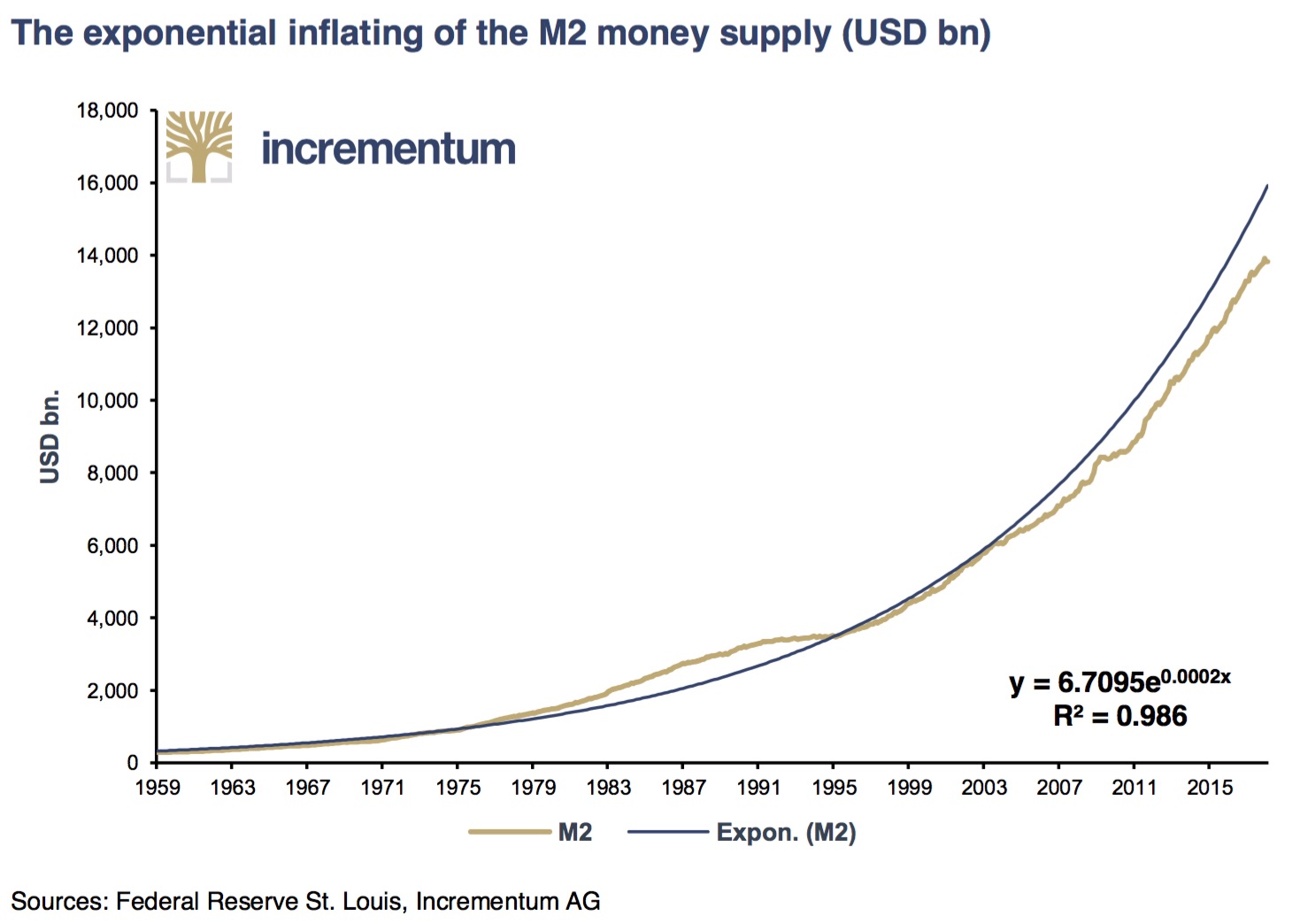 The economy of the US is in significantly worse shape than prior to the last financial crisis. The majority of the measures taken, such as interest rate cuts and the expansion of the money supply, have only calmed the symptoms of previous distortions rather than being a comprehensive remedy. As a result, the next downturn is likely to be of a more sizable magnitude than the previous one in 2008–09.

…The global boom, fueled by ultra-low interest rates and the never-ending expansion of the money supply and credit, is on shaky ground. The likelihood of the boom turning into a bust is high — much higher than the mainstream expects.

We therefore anticipate a significant global economic dislocation with a substantial effect on the gold price in the coming years. As always, we will monitor these events, analyze them in detail, and comment on them regularly. Gold will definitely contribute to staking out a comfort zone in the turmoil of the tidal changes that we have discussed.

ALSO JUST RELEASED: Look At The Wild Trading That Has Taken Place Today And What Is Causing The Madness In Global Markets CLICK HERE TO READ.