With extraordinary volatility among global currencies, here is a look at a Golden Apple and $1,800 gold.

A Golden Apple
By Ronald-Peter Stoeferle, Incrementum AG Liechtenstein
May 31 (King World News) – With its current cash reserve of USD 285bn, Apple could in theory either buy the entire Gold Bugs Index almost three times over or, alternatively, buy 6,750 tons of gold. Continuing with this thought experiment, if the latter were to happen, Apple would become the world’s second-largest gold holder after the US Treasury. 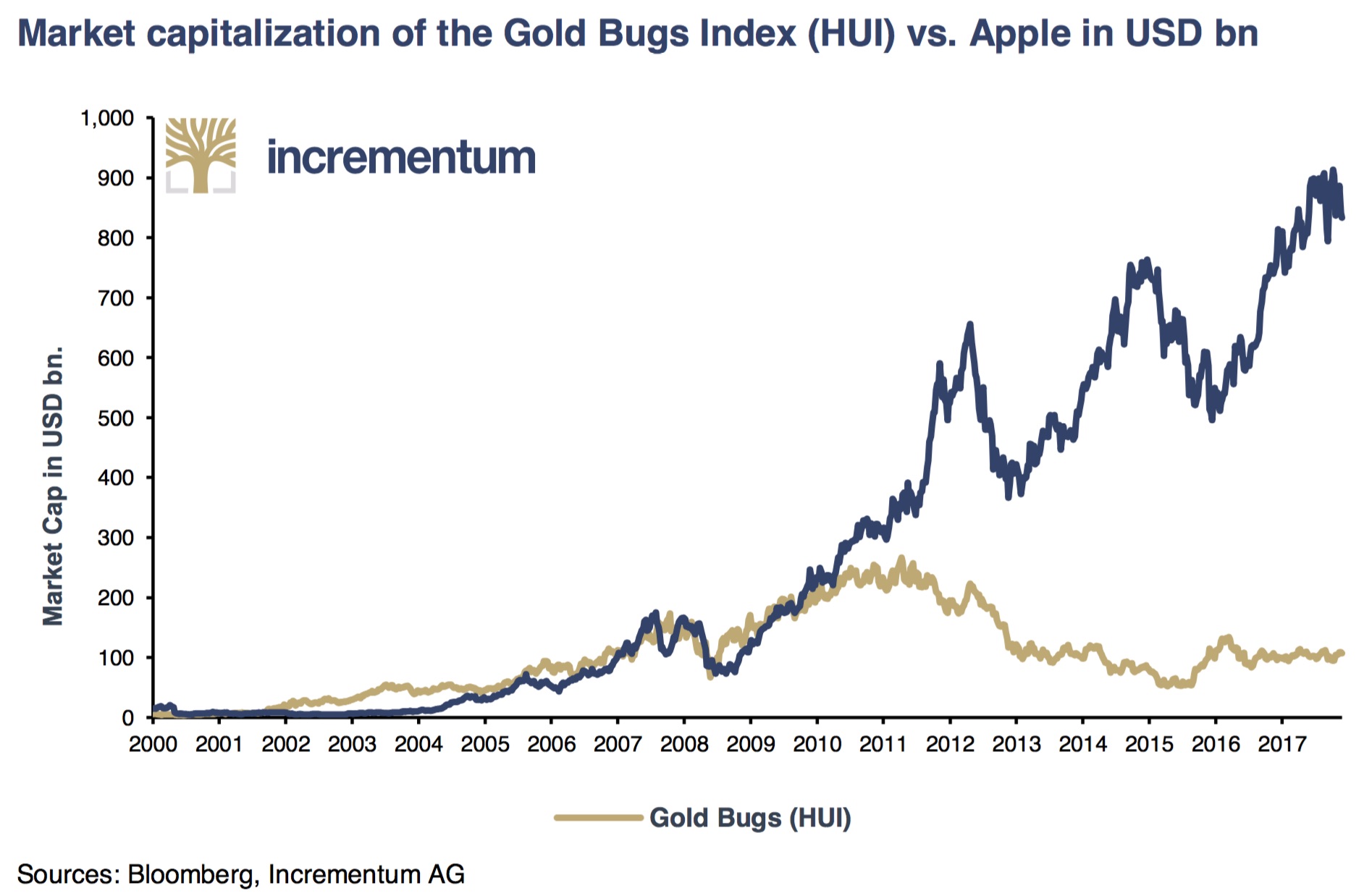 Stoferle continues:  The analysis of the chart since 2010 reveals that the impulsive increase of $280 to $1,920 has been subject to correction since 2011. This correction has led to the establishment of an impressive inverse shoulder-head-shoulder formation that could be resolved upwards in due course. If the gold price were to break through this resistance zone, the next target would be $1,800, as calculated on the basis of the distance from the head to the shoulder line, projected upwards.

King World News note:  Although games are still being played in the paper gold market by the bullion banks, the clock is ticking for the bears. Gold will break above $1,400 and explode higher, it’s just a question of when the manipulators will lose control.

Also, many of the KWN staff were traveling around the world with Mr. King for more than 2 months and they have just returned, so the audio interviews will kickoff next week with London whistleblower Andrew Maguire!

***ALSO JUST RELEASED: This Will Be A Global Game-Changer CLICK HERE.